Here's a collection curated by The Associated Press' entertainment journalists of what's arriving on TV, streaming services and music platforms this week.

Lady Gaga: After taking a departure from her electro pop sound with 2016's "Joanne" and 2018's "A Star is Born," Lady Gaga is ready to just dance with her new album out Friday. "Chromatica" features the upbeat singles "Stupid Love" and "Rain on Me," with Ariana Grande. Elton John and K-pop girl group Blackpink also make appearances on the album, which was originally supposed to be released in April but was pushed backed because of the coronavirus pandemic.

Rap bars from behind bars: While serving time at San Quentin State Prison, music producer David Jassy taught inmates how to write and produce music. Now an album of those songs recorded at the prison and backed by J. Cole, Common and Kim Kardashian West will be released Friday. In 2010, Jassy was convicted of murder, assault with a deadly weapon and aggravated battery. Earlier this year his sentence was commuted by California Gov. Gavin Newsom, who said in his letter that Jassy had been "extremely committed to his rehabilitation." The new album is called "San Quentin Mixtape, Vol. 1" and features 17 young rappers telling their stories. Read AP's story about the album and our interview with Jassy here.

#OUTLOUD Raising Voices: Originally planned to debut at the South by Southwest festival, #OUTLOUD Raising Voices is coming to Facebook this week to kickoff Pride month, which technically starts Monday. The 10-episode, five-week concert series will include performances from Kesha, Greyson Chance, Betty Who, Wrabel, the Aces, Allie X, Candis Cayne, Vincint and more. The series will air on Facebook on Wednesdays and Thursdays at 8 p.m. EDT.

Studio Ghibli Marathon: HBO Max will have many films available when it launches Wednesday, but arguably the most exciting is its Studio Ghibli library. It's the first time the animated classics from Hayao Miyazaki and Isao Takahata have been available on a streaming platform in the U.S. There are enough greats to keep the family occupied for weeks. But a few Miyazaki-savvy pre-teens recommend "My Neighbor Totoro," "Spirited Away," "Porco Rosso" and "Ponyo" to get you started.

"The Vast of Night": Friday night, head over to Prime Video to check out a debut feature that's earned its director, Andrew Patterson, comparisons to a young Christopher Nolan. Set over the course of one night in 1950s New Mexico, the film follows two teenagers who notice an unusual audio frequency on the radio and take it upon themselves to investigate. "Rolling Stone" critic David Fear said, "It knows exactly how to work its retro 'Twilight Zone' mojo without feeling like a third-generation copy of film-brat nostalgia."

"The High Note": Also available Friday for rental from Focus Features is a new feel-good musical starring Tracee Ellis Ross as a world-famous singer (no, she's not playing her mom) feeling confined by societal expectations around her age, and her personal assistant (Dakota Johnson) who has bigger ambitions for herself.

"Uncut Gems": And if you missed Adam Sandler's much-praised performance as a diamond district dealer in "Uncut Gems" in theaters earlier this year, the high-octane thriller from the Safdie Brothers hits Netflix on Monday. (Read AP's review here.)

"Prideland": Actor Dyllon Burnside ("Pose") hosts a six-part digital series exploring LGBTQ life in the South and the region's changing attitudes. Burnside isn't an outsider: In the first episode, he shares his experience as a "queer boy" who left his native Pensacola, Florida, to be what he calls his authentic self. Returning to the region, he is both heartened by what he finds and clear-eyed about remaining challenges. The series debuts Tuesday on "PBS Voices," a new documentary-focused YouTube channel. Burnside also hosts a companion special airing June 12 on PBS (check local listings) and PBS.org.

Steve Carell, the hapless boss of "The Office," is back with a new comedy series. In Netflix's 10-episode "Space Force," he plays Mark R. Naird, a four-star general whose dream job is running the Air Force. Instead, he's chosen to lead the newly formed military branch charged with putting Americans back on the moon and, by the way, dominating space. Carell heads a cast that includes John Malkovich and Lisa Kudrow and Jimmy O. Yang among the co-stars. The comedy is out Friday, accompanied by "Inside Joke: Space Force," a behind-the-scenes podcast hosted by Yang and with new episodes released on Mondays and Thursday.

AMC's "Quiz" revisits the real-life 2001 scandal of a couple accused of trying to cheat the British version of "Who Wants to Be a Millionaire" of $1 million, aided by a studio audience member who allegedly coughed to signal the answers. "Quiz" has unimpeachable credentials: It was written by playwright James Graham ("Ink"), directed by filmmaker Stephen Frears ("The Queen"), and stars Matthew Macfadyen ("Succession"), Sian Clifford ("Fleabag") and Michael Sheen ("Masters of Sex"). The three-part drama debuts 10 p.m. EDT Sunday, with the subsequent episodes airing at 9 p.m. EDT on June 7 and 14.

Betty White treats herself to vodka martini and french fries

The top 10 movies on the iTunes Store

Virus update: View 9 charts that track COVID-19 spread in our state and nation

On this July Fourth, health officials worry more U.S. residents will abandon measures to slow the spread of COVID-19. See how our state compares to others in maps and charts that show virus spread, testing and more.

There were scenes of large groups of people across the U.S. celebrating the July 4 holiday despite warnings from health officials. Get the latest news here.

As a surge of infections hits the South and West, GOP officials are pushing back against the notion that masks are about politics, as President Donald Trump suggests. Get caught up on the morning's virus developments.

Coronavirus update: Record new daily infections in US; the science behind bar closures; and more

The U.S. recorded 50,700 new cases, according to a tally kept by Johns Hopkins University, as many states struggled to contain the spread of the pandemic. Get caught up on the latest virus news here.

Health experts agree this will be a pivotal moment in determining whether the nation slides into a deeper mess. Get caught up on the latest developments here.

Get caught up with the morning's top headlines, the national weather forecast, today's celebrity birthdays and more.

A Southern California man who tested positive for coronavirus after attending a party expressed his fear and regret a day before he died.

The Supreme Court ruled unanimously that states can require presidential electors to back their states' popular vote winner in the Electoral College.

The woman approached the bison to take a picture and got within 10 feet of it multiple times before it gored her on June 25, according to a news release from the park.

The high court's action will keep the documents out of congressional hands at least until the case is resolved, which is not likely to happen before 2021. 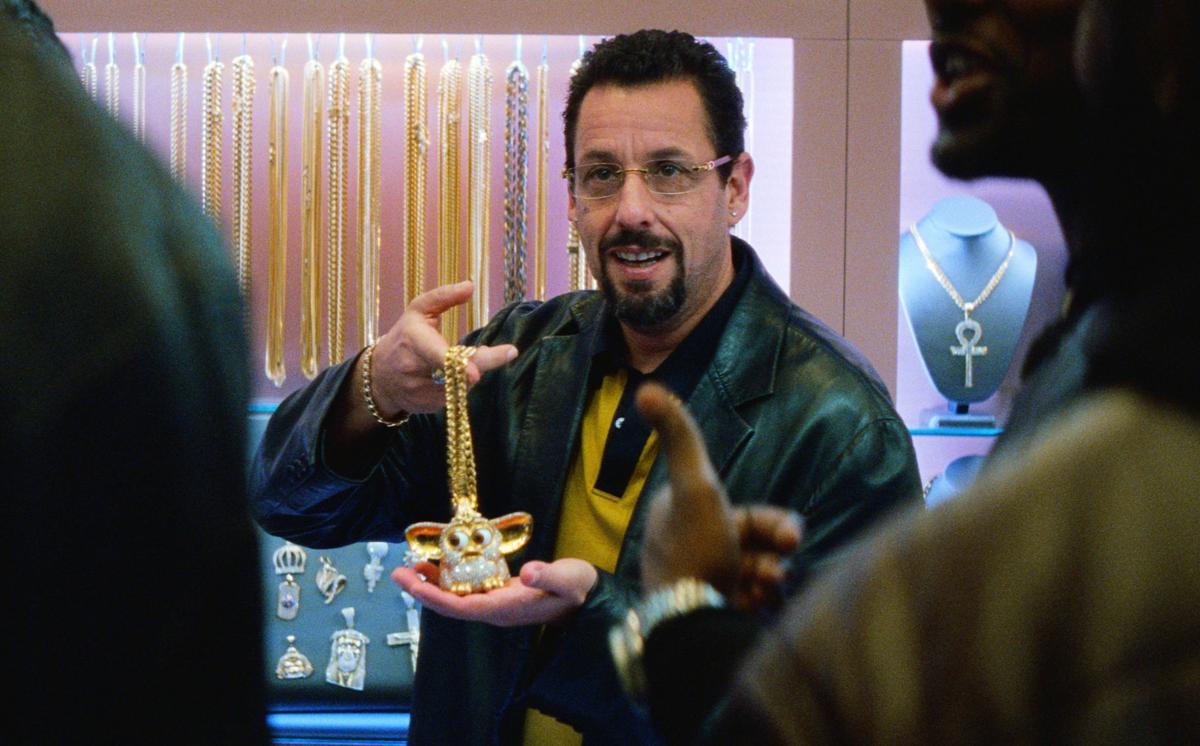 This image released by A24 shows Adam Sandler in a scene from "Uncut Gems." The film is available for streaming on Netflix. (A24 via AP) 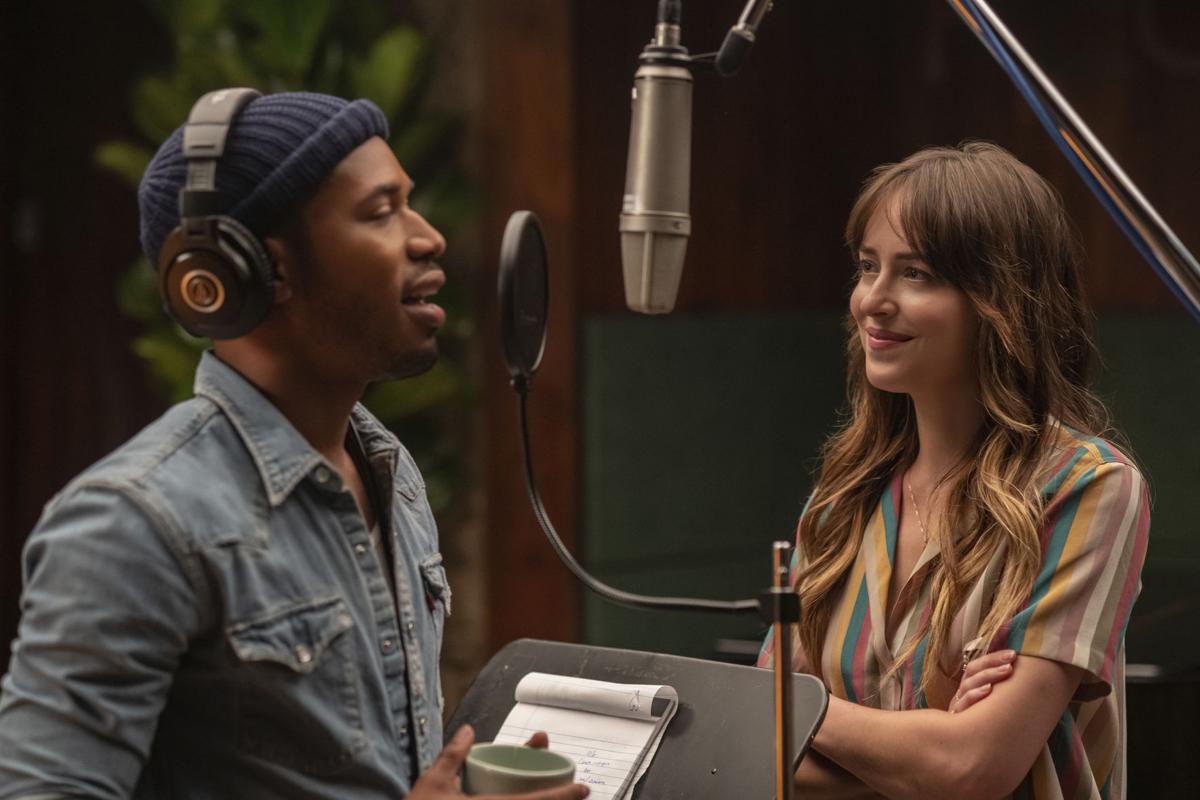 This image released by Focus Features shows Kelvin Harrison Jr., left, and Dakota Johnson in a scene from "The High Note." (Glen Wilson/Focus Features via AP)