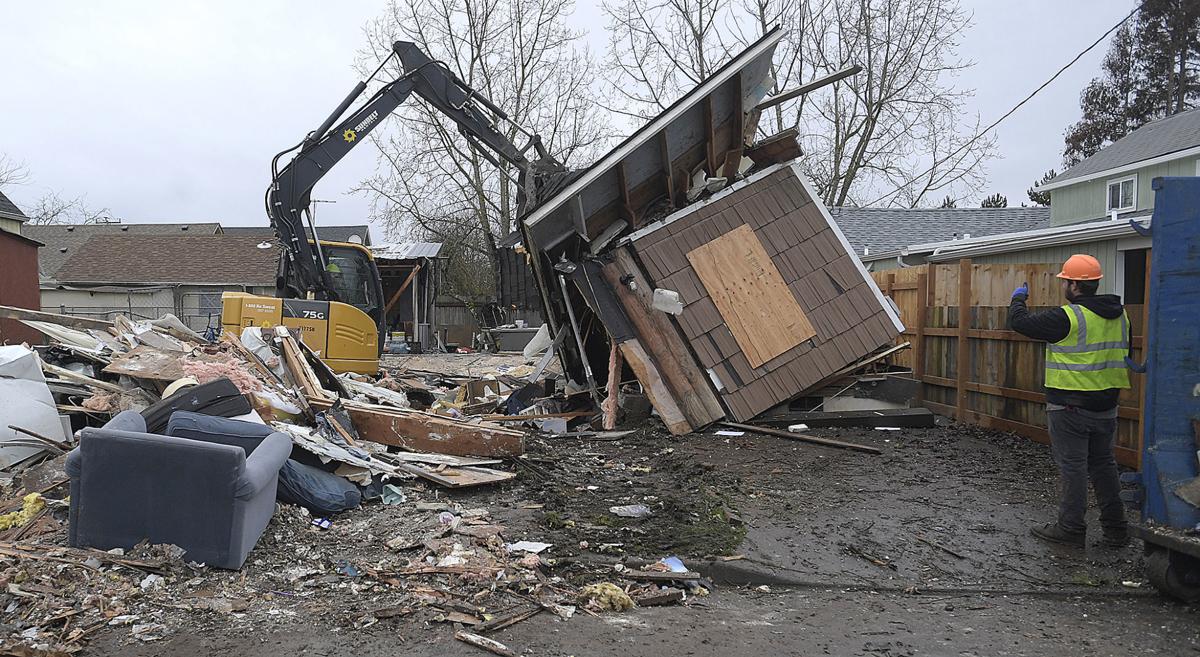 Austin Duckworth of Apex Property Clearing & Recycling instructs excavator operator Keith Anderson as he pulls down the final walls of a house at 610 Sherman Street  in Albany on Monday afternoon. 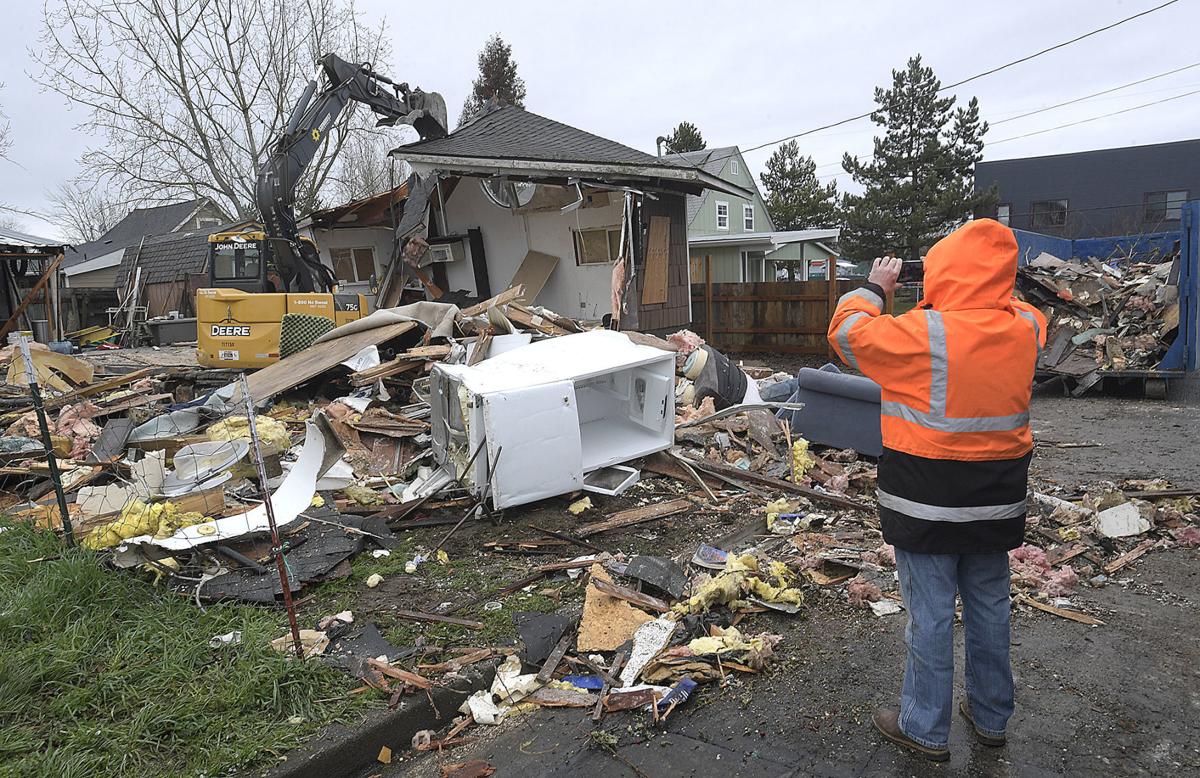 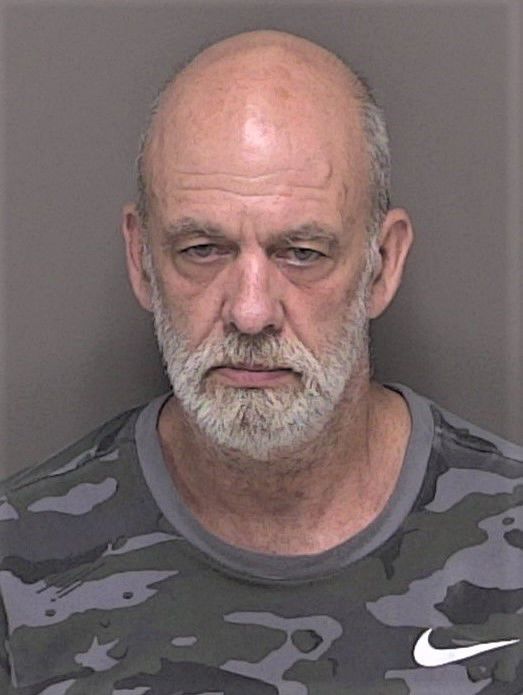 When does a house become such an “imminent nuisance” to a community that city officials declare it dangerous enough to be demolished?

In Albany, such a drastic measure occurs after the police department answers 133 calls to the address in three years and, ultimately, when a 5-year-old child is present in a room where methamphetamine contamination is found to be extensive.

Such was the case with a house at 610 Sherman Street owned by David Furry. It was leveled earlier this week after being deemed a chronic nuisance and health hazard.

“I agonized about this over the weekend,” City Manager Peter Troedsson said. “Destroying someone’s property isn’t something to be taken lightly. I work for David Furry, but I also work for 53,000 other residents of this city. The greater good has to mean something.”

This story starts in 1995, when Furry and his wife purchased the nearly 900-square-foot structure for $20,000. It needed considerable repair, and city officials say they worked with Furry for years as he supposedly was bringing conditions up to city code.

But progress has not been steady, city officials say, even though permit deadlines have been extended numerous times.

Albany ordinances allow the demolition of dangerous properties at the discretion of the city manager.

“Because this is such a serious thing, it’s important that the city manager make sure all boxes are checked, all avenues explored and all alternatives considered,” Troedsson said.

In an email to city council members, Troedsson noted methamphetamine levels in the house were from “six to 60 times the allowable state standard.”

City spokeswoman Marilyn Smith said building officials have found numerous code violations at the home, including electrical wiring issues and complaints about “junk, trash and other activities since 2008 or 2009.”

Smith said the city has “worked with Mr. Furry from every direction, from junk and trash problems to building code violations and livability standards and trying to get him to clean up stuff in the yard.”

According to Smith, the city often extended permit deadlines and Furry failed to complete upgrades.

The Albany Police Department has responded to calls about the residence for years.

“On one search warrant at the residence, we made 15 arrests,” Lt. Travis Giboney said. “We have had 17 case numbers at that residence since September.”

And in September, Furry was charged with possession of methamphetamine and frequenting a place where controlled substances are used. He was scheduled to appear in court on Jan. 15 but did not show up, and a warrant was issued for his arrest. A new hearing is scheduled for Feb. 5.

Appraiser’s notes included: “work is slow,” “some work done, permits extended,” and “no progress on remodel and completion of repairs.”

A neighbor told the Democrat-Herald she was “glad to see the house go down.”

Messages left on Furry’s cell phone by the Democrat-Herald were not returned.

Austin Duckworth of Apex Property Clearing & Recycling instructs excavator operator Keith Anderson as he pulls down the final walls of a house at 610 Sherman Street  in Albany on Monday afternoon.