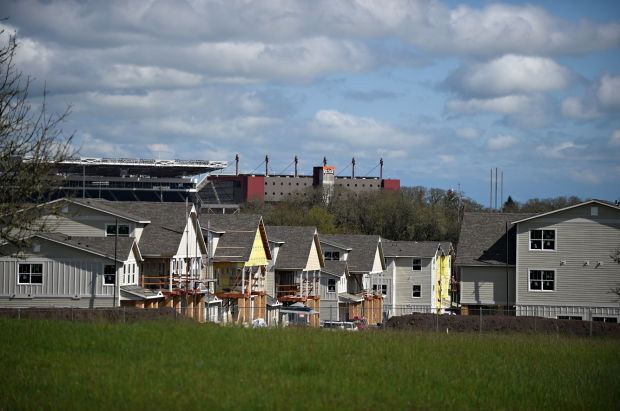 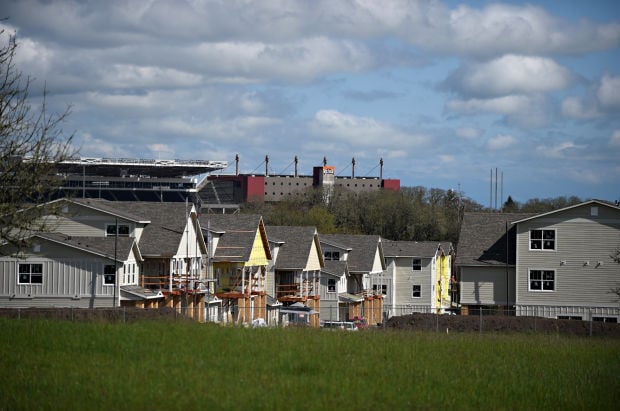 The Retreat at Corvallis added housing for 1,000 Oregon State University students, but student housing remains an important issue in Corvallis.

“Enrollment has grown at a pace that we didn’t control,” Ray said during a panel discussion on housing at a meeting of the OSU Board of Trustees. “We didn’t have the controls in place, and there were a lot of dynamics in place with housing. Shame on us if you look at where we are now. How in the hell did we not realize we needed to have a conversation about housing?"

That surge has had a dramatic effect on Corvallis, with problems as wide-ranging as low vacancy rates and high prices, altered neighborhoods because of the addition of townhouses designed for students, parking, congestion and traffic as well as noise, trash and loud parties.

In 2011 the city of Corvallis and the university embarked on the Collaboration Corvallis project, which worked for three years before sunsetting shortly after the newly assembled Board of Trustees came into being.

The panel discussion, which included a city housing official, neighborhood leaders, a Realtor and OSU’s top housing official, in a way served as Collaboration Corvallis 101 for the board, although much of the material was old news to many in the audience.

“I have a much better understanding of the issues now,” said Trustee Paul Kelly of Portland. “This is something that we need to do more of as a board. And it’s important that we don’t view this panel as the end of the conversation. We need to continue to say on top of this challenge.”

Kelly also thanked Corvallis resident Jeff Hess, who was in the audience, for raising the housing issue at previous board meetings.

Ray noted that the university’s expired campus master plan, which was approved in 2004, “had nothing in it on housing” and added that in the work on the current update “we have to have our own conversation about housing and be attentive to it in a way we weren’t a decade ago.”

The new version of the master plan, which has been renamed the university district plan, was scheduled to be adopted by the City Council in August 2015, but the work has been put on hold amid land-use updates the city is in the midst of crafting as an aid to their review of the university plan.

There is no new timetable for the city’s consideration of the blueprint, which is meant to guide the university’s development for the next 10 years.

And the panelists seemed to recognize that it can be a challenge to make progress even when folks have the best intent.

Trish Daniels, a former Corvallis city councilor and planning commissioner as well as a work group leader during the Collaborate Corvallis, said that some of the project’s “recommendation are still working their way through the boa constrictor.”

Dan Larson, executive director of University Housing and Dining Services, noted that OSU’s plans for a public-private partnership to develop more on-campus housing have not borne fruit yet.

“It’s a not a fast process,” Larson said. “We’ve been working on it for two years, but it’s slow-moving.”

Earlier Friday, the board adopted a new policy on presidential compensation and gave Ray, 71, a 3 percent raise, retroactive to Jan. 1. The raise will boost Ray’s total compensation from $679,489 to just shy of $700,000. Ray’s pay package is a combination of university funds and OSU Foundation money, and the foundation piece of his raise cannot be implemented until that group’s board acts on it in March.

Trustees cited comparisons of Ray’s compensation with his peers in awarding the raise, which Ray promised to donate back to university efforts to increase student success.

"I will donate my annual compensation increase, and more, to the four scholarship and student program support funds that my late wife Beth and I established at OSU,” Ray said. “I will do so this year and for as long as I am privileged to serve this great university.”

Also, Pat Reser was re-elected chair and Darry Callahan to vice-chair in a pair of unanimous votes. No other candidates were nominated.

The original thought was too much saltwater would kill a beaver.

The Retreat at Corvallis added housing for 1,000 Oregon State University students, but student housing remains an important issue in Corvallis. 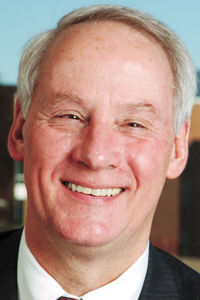