SUJANPUR, India — A farmer in eastern India has found a yellow turtle that experts say is the product of albinism.

Basudev Mahapatra spotted the turtle while he was working in his fields in the village of Sujanpur, in Odisha's Balasore district, and decided to bring it home, forest official Susanta Nanda told CNN on Tuesday.

Mahapatra found the turtle on Sunday and handed it over to forest officials, who called in conservation experts.

‘I haven’t seen such a turtle in my life ever’ - Rare yellow turtle rescued in India pic.twitter.com/RyIYxQv7Mz

Siddhartha Pati, executive director at the Association for Biodiversity Conservation, which works to protect wildlife and habitats, told CNN it was the first time he had seen this kind of turtle.

Pati explained that the creature's color is due to albinism. "It is a congenital disorder, and it is characterized by complete or partial absence of tyrosine pigment," he said.

"Also, sometimes a mutation takes place in the gene sequence or there is a deficiency of tyrosine."

The turtle has now been released into the wild in Balasore, added Pati.

The turtle is known as the Indian flapshell turtle. This one was an adult, believed to be between one and a half and two years old.

"We find turtles and crabs regularly," said Pati, "and we rescue them and release them into the water. But this is the first time in Odisha and second time in India that an albino turtle has been found."

The turtle is commonly found in Pakistan, Sri Lanka, India, Nepal, Bangladesh and Myanmar. It is omnivorous, and its diet consists of frogs, snails and even some aquatic vegetation, Pati said.

In 2016, a rare albino green turtle — newly hatched — was spotted on an Australian beach.

Volunteers from Coolum and North Shore Coast Care were "amazed" to see the tiny creature, which they named Little Alby, at Castaways Beach on Queensland's Sunshine Coast.

Scroll below for a collection of photos showing sea turtles around the world.

What started as routine wildlife assistance took an extraterrestrial turn for Utah's Department of Public Safety after officers stumbled upon a mysterious monolith. Watch here.

Biden briefing: Why his win hides a dire warning for Democrats. Get updated on politics today

Democrat Joe Biden may have produced a winning national formula, but there's another side to the story in election data. Here's a rundown of what you'll want to know about politics this coming week.

State and local officials nationwide are imposing new coronavirus restrictions and pleading with the public in an increasingly desperate attempt to stop the explosive spread of the disease.

Chart COVID-19's daily death count. Plus, maps that show local and US impact

See for yourself how and where COVID-19 coronavirus is spreading, and how fast, in our state and nation. The U.S. averages 172,000 new cases per day and 1,529 deaths. Plus, view our easy interactive guide to protect yourself.

Keep the mask: A vaccine won't end the virus crisis right away. Here's the latest.

Despite the expected arrival of COVID-19 vaccines in just a few weeks, it could take several months — probably well into 2021 — before things get back to something close to normal in the U.S.

Virus basics: These 5 interactive guides can keep you safe and well

From recognizing symptoms to making your own face mask, these guides will help protect you throughout the pandemic. Plus, who will get the vaccine first and how it will roll out.

US colleges rethink next semester due to virus rise. Get the latest on COVID-19

How might Americans expect to live in the next six to nine months? How should we behave? And what should the next administration do? Here are some answers from Dr. Fauci.

Who will be first to get coronavirus vaccines? Get your COVID-19 questions answered here

Plus: Will social distancing weaken my immune system? Get the facts on common questions and concerns as you protect yourself against the rising spread of COVID-19. 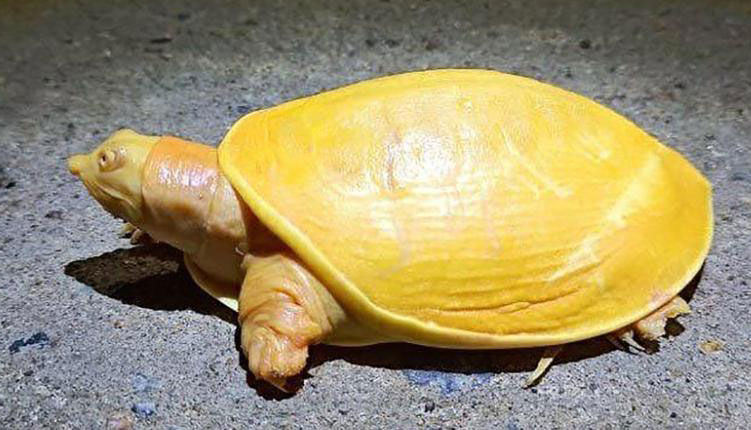 This unusual turtle was found by a farmer in India in the village of Sujanpur. 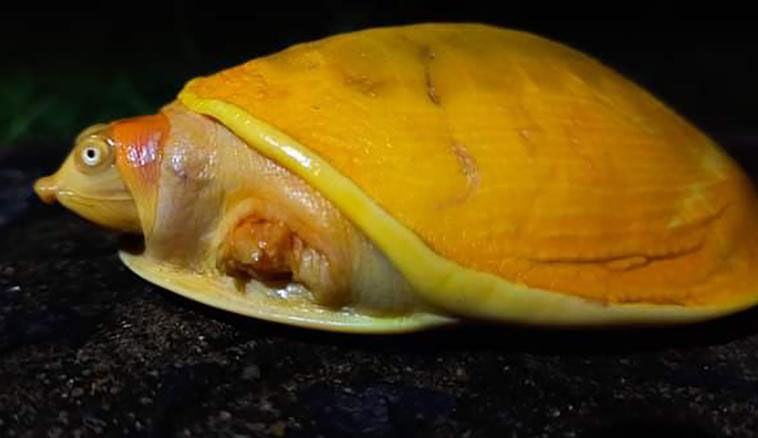 The Indian flapshell turtle is found in parts of South Asia.