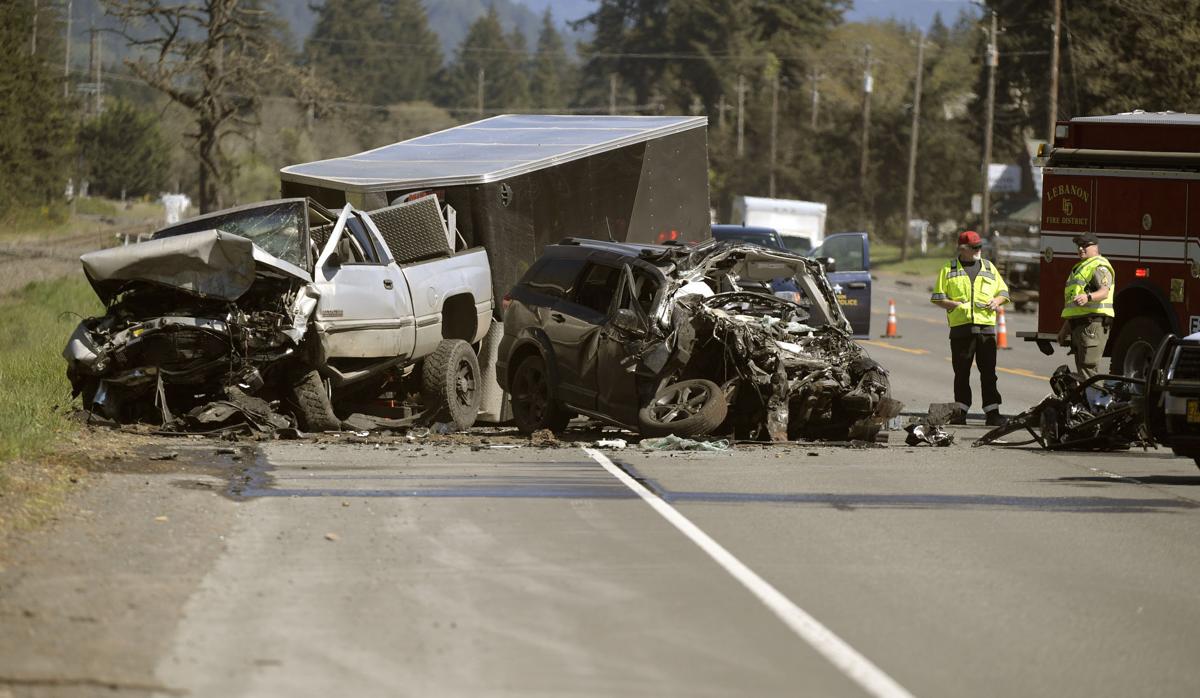 One person was killed Wednesday in a two-vehicle collision on Highway 20 and Groshong Road east of Lebanon. 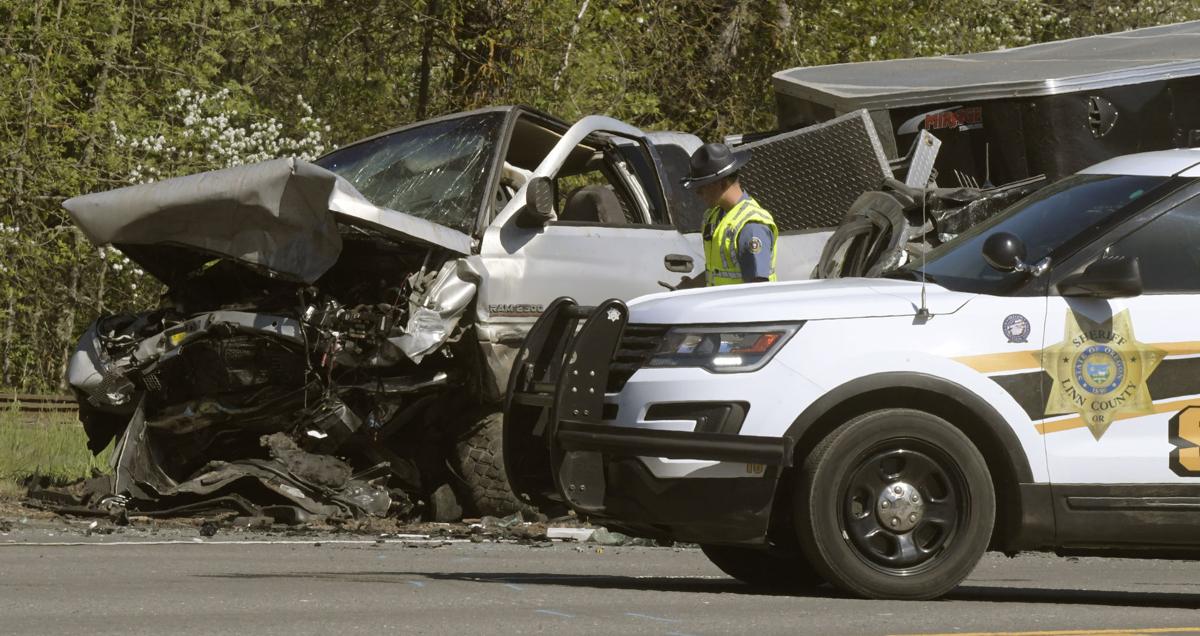 An Oregon State Police trooper looks over the pickup truck involved in a head-on crash east of Lebanon Wednesday afternoon. 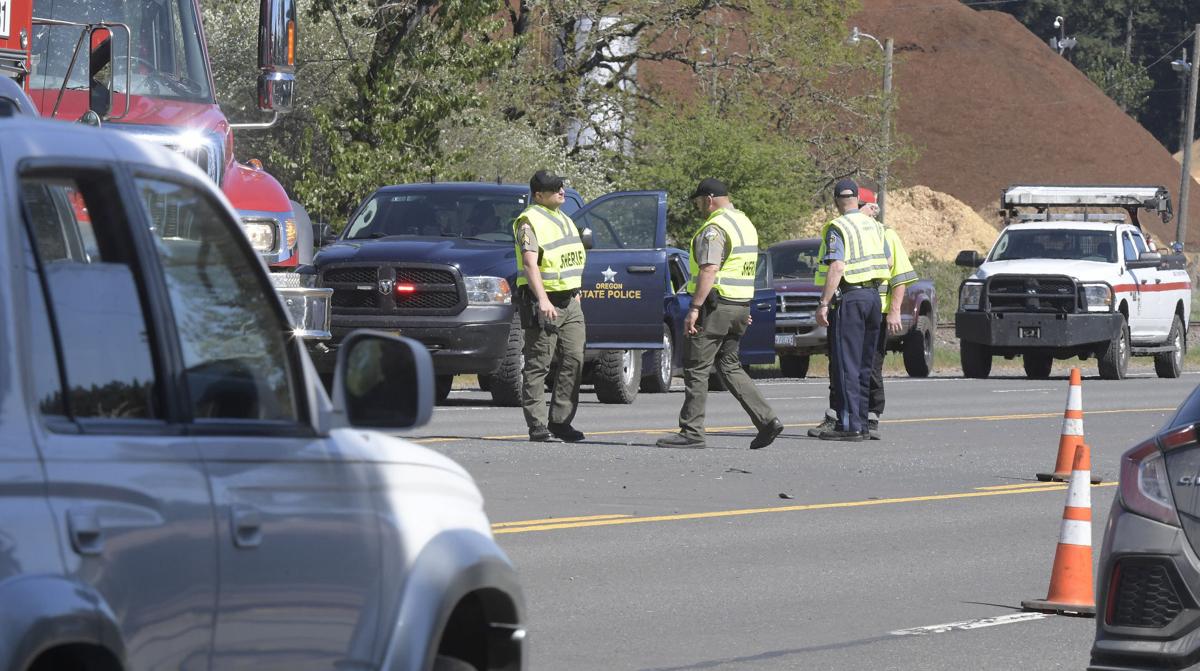 Traffic was diverted to the eastbound lanes around the crash site. 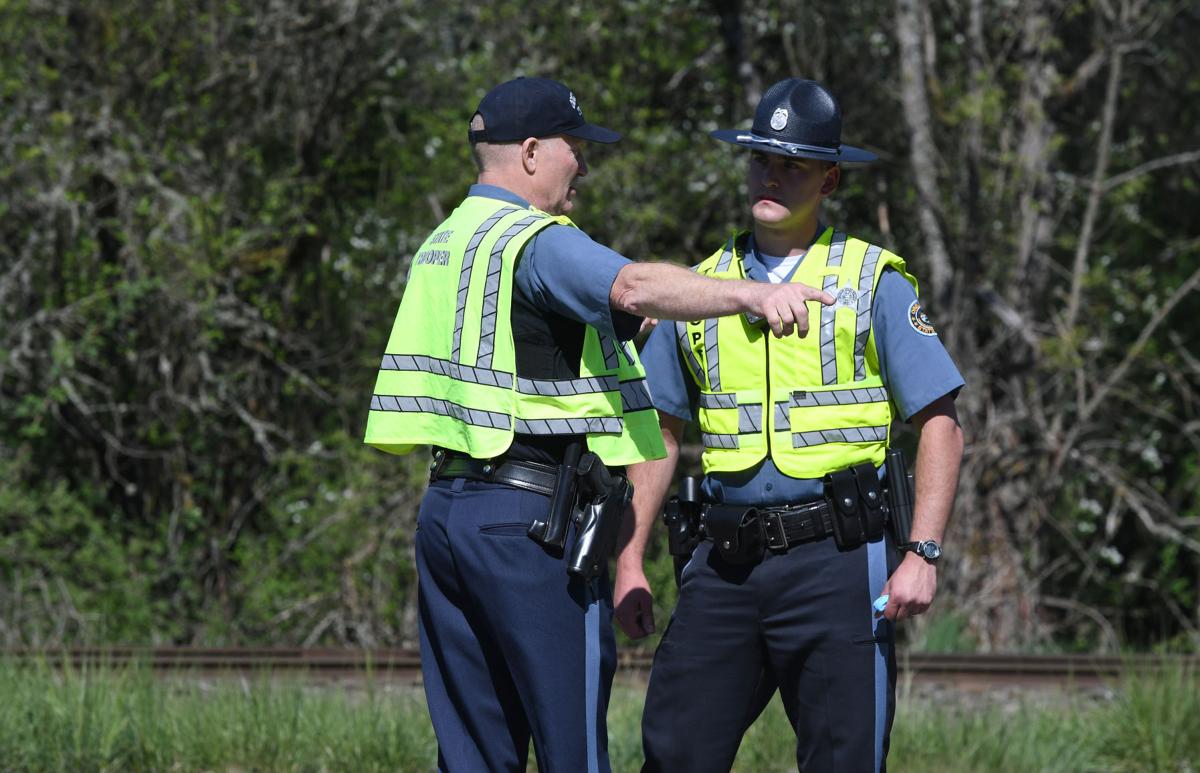 The crash, which was reported shortly after 1 p.m. near the intersection of  Highway 20 and Fir Lane, involved a black Dodge Journey SUV and a silver Dodge Ram pickup towing a trailer.

According to information from the Oregon State Police, Christopher Pritchard, 32, of Sweet Home was driving east in the SUV when he crossed into the westbound lane and collided with the pickup, which was being driven by Jose Maciel-Gomez, 22, of Albany.

Both vehicles came to rest in the westbound lanes of Highway 20.

Pritchard was pronounced dead at the scene, according to OSP.

Maciel-Gomez and his passenger, Albany resident Jose Macial-Chavez, 54, were taken to a hospital for treatment of unspecified injuries.

"I was sitting in my house (and) I heard a big explosion," said Denise Smith, who lives in a home east of the crash site.

"There were already a couple of cars that had stopped. They were rendering aid," Smith said.

Smith said the good samaritans were assisting the driver of the pickup truck. "They were trying to get him to stay where he was," Smith said "but he got too anxious and crawled out the window himself."

Two hours after the crash, traffic on the four-lane roadway was funneled to two lanes as police began their investigation.

Lebanon firefighters assisted Oregon State Police and Linn County Sheriff's Office personnel by using the jaws of life to extract the victim from the crumpled SUV more than two hours after the wreck occurred.

Target and Starbucks will not require masks for fully vaccinated customers

Target and Starbucks will not require masks for fully vaccinated customers

Many workers won't return to old jobs after COVID

Many workers won't return to old jobs after COVID

An Albany motorcyclist died Sunday afternoon in a crash just west of town.

The path to 70 percent: How local counties are getting hesitant Oregonians vaccinated

With new vaccination benchmarks put in place by Gov. Kate Brown this week, and with a general slow-down in the number vaccines being administe…

Wrong-way driver killed on I-5 near Harrisburg

When ballots are collected on May 18, the Greater Albany Public Schools board will see three new faces and in Corvallis, that number could be …

A particularly dry winter and spring is leading to low water levels in the Willamette River and, by extension, all the tributaries and reservo…

One person was killed Wednesday in a two-vehicle collision on Highway 20 and Groshong Road east of Lebanon.

An Oregon State Police trooper looks over the pickup truck involved in a head-on crash east of Lebanon Wednesday afternoon.

Traffic was diverted to the eastbound lanes around the crash site.