Pat Bailey, who served as Oregon State's interim baseball coach in 2019 after Pat Casey retired, will not return to the Beavers' coaching staff in 2021, the school announced Thursday night.

Mitch Canham, who was hired as the head coach for this past season, one that was cut short die to the coronavirus pandemic, has promoted Ryan Gipson to Bailey's old position.

Gipson’s appointment to the full-time assistant coach position is contingent on the completion of all university hiring processes.

“Our Beaver baseball family is extremely grateful for the work coach Bailey has done in his time here at Oregon State University,” Canham said in a release from the school. “He has poured his heart into this program and our student-athletes' lives. We all want to wish him and his family many blessings going forward.

“Ryan’s passion, communication skills, growth mindset and ability to design and implement high quality systems is going to push this program to even higher levels. Both he and coach Dorman are going to continue the tradition of bringing student-athletes who are successful on and off the field into the Beaver baseball family.”

Gipson spent the 2019 and 2020 seasons as the team’s camp coordinator and volunteer assistant coach. He lettered for Oregon State in 2005 and 2006 after transferring from Shasta Community College. A native of Central Point, he was a 2005 all-Pacific-10 Conference honorable mention selection.

Gipson came back to Oregon State after a four-year tenure as the head coach at Linn-Benton Community College, where he went 119-58 (.672), including a 72-16 (.818) record his final two seasons. He also served as an assistant athletic director his last year at LBCC.

Gipson served as an undergraduate assistant coach for the Beavers for two seasons, 2011 and 2012, before a two-year stint as an assistant coach at Dixie State in Utah before heading to LBCC.

Dorman, meanwhile, completed his first season as the Beavers’ pitching coach. Christian Chamberlain, Oregon State’s Friday night starter, was named an All-American and was selected in the fourth round of the MLB Draft by Kansas City. His selection gave the Beavers at least one draft choice every year since 1993 and an OSU pitcher has been taken for 20 consecutive seasons.

Canham and the Beavers will now initiate a search for the program’s next camp coordinator and volunteer assistant coach.

Orioles prospect Adley Rutschman relishing camp at Camden Yards, and all the work he’s doing to get him there to stay

The Oregon State baseball program will be well-represented this week as Major League Baseball begins its season. 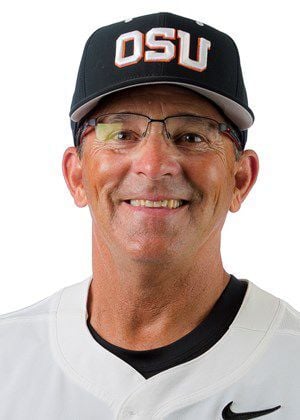 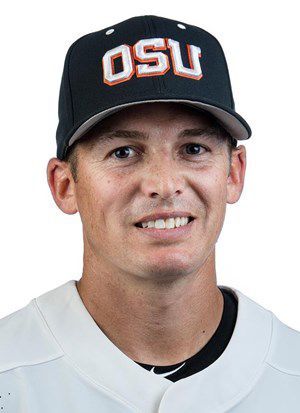