SURPRISE, Ariz. — Preston Jones reached base seven times, Joe Casey belted a three-run homer and drove in a career-best five runs and Oregon State scored 13 runs in the sixth inning en route to a 20-4 win over Gonzaga on Sunday at Surprise Stadium.

The 13-run frame came after the Beavers (2-1) were already up 7-4. Oregon State jumped out to a seven-run lead thanks to Casey’s second home run of the season in the first inning, and RBI singles from Ryan Ober in the second and Troy Claunch in the third.

Jones tripled in both the first and second innings, then singled in the third and fifth innings. He was walked twice in the sixth and once more in the eighth. Jones has six official at-bats in 2021, and the senior has collected six hits, with three going as triples. He also has four walks.

Andy Armstrong drove in three to start the sixth-inning barrage. Ober, Claunch, Casey, Wade Meckler, Jake Dukart, Matthew Gretler and Kyle Froemke all dove in at least one run in the frame.

Jack Washburn picked up the win with 1⅔ scoreless innings of relief. He came on in the fifth after Jake Pfennigs started and lasted 4⅓ innings, scattering seven hits and four runs.

Brock Townsend made his Oregon State debut, and closed out the win with three scoreless innings. Despite coming in with a 16-run lead, he earned the save by throwing the game’s last three innings.

The 13-run sixth inning was the most runs for the Beavers in a single inning since scoring 13 versus St. John’s in the second inning of a 19-3 win in the 2005 Corvallis Regional. The inning on Sunday lasted just shy of 41 minutes.

Oregon State’s offense has exploded over the past two games. The Beavers have posted a combined 34 runs in wins over New Mexico and Gonzaga. OSU has 36 hits and 18 walks over the two games. Of the team’s 36 hits, six have gone for doubles, four have been triples and four have been home runs.

The bullpen has thrown 12⅔ innings this season and has limited opponents to just seven hits and two runs (1.42 ERA) with six walks. The relievers have struck out seven. The pitching staff has issued just three walks over the last two games after allowing seven in the season opener.

Oregon State concludes play in Surprise on Monday when the Beavers take on New Mexico. First pitch is slated for 2 p.m.

OSU baseball: After hot start, Beavers back at Goss for home-opener

It’s still early, but Oregon State has already shown a flair for the dramatic this baseball season.

OSU baseball: With difficult recovery behind him, Mitchell Verburg is ready to return to Beavers' bullpen

Oregon State redshirt sophomore Kevin Abel has been named the Pac-12’s pitcher of the week. 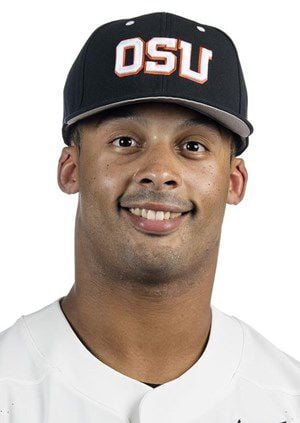 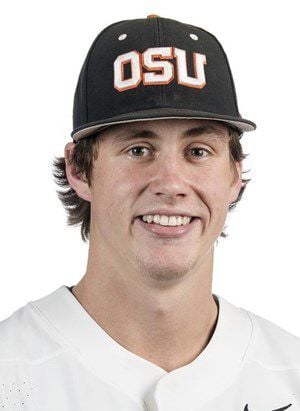