Day 3: Watch as the Senate continues debate in the Trump impeachment trial

OSU baseball: Canham excited for "the only job I’ve ever really dreamt of"
Share this
{{featured_button_text}}
1 of 2 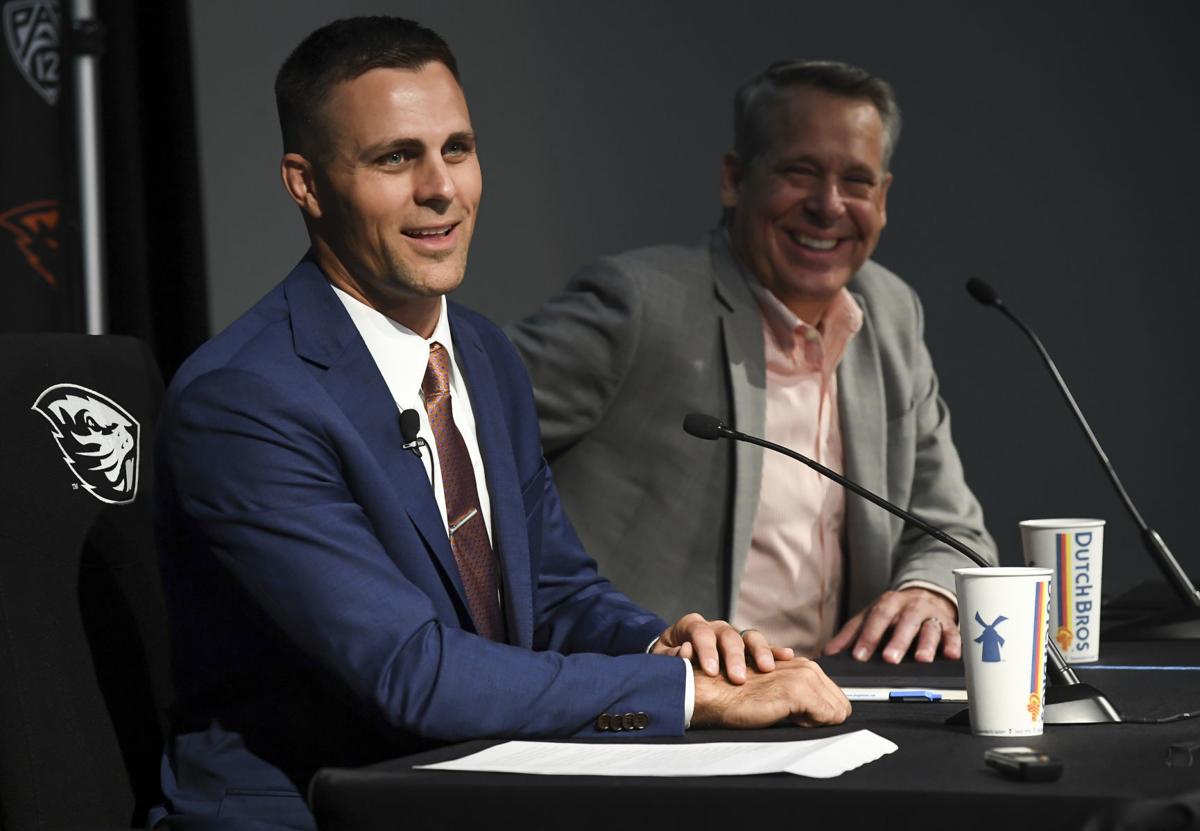 Mitch Canham said being the Oregon State baseball coach "is the only job I’ve ever really dreamt of." The former Beavers standout was introduced as the 21st coach in program on Friday. 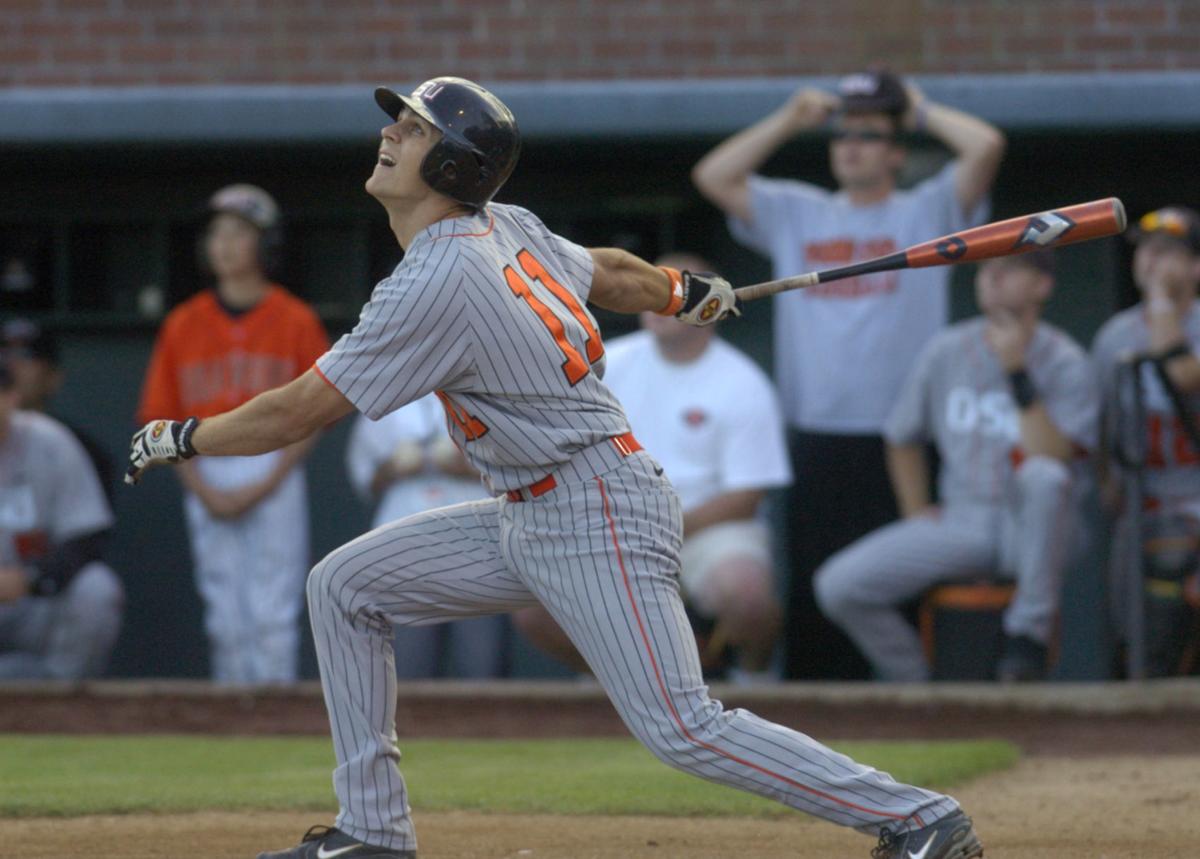 Mitch Canham played in 183 games while at Oregon State and finished with a career batting average of .314 with 25 homers, 31 doubles and 152 RBIs.

From the time Mitch Canham stepped foot on the Oregon State campus in the fall of 2002, he knew it was the place for him.

Not just to play baseball, which he ended up doing at a high level, but to be a part of the Beavers family from that point forward.

That’s when he first met coach Pat Casey, who had on what used to be a pair of white Nike shoes that were anything but clean.

“They were definitely brown,” Canham recalled Friday morning. “When I met the man and I saw him working on the field, and I met Dan Spencer, I knew I wanted to be a part of this for my life.”

Some 12 years since staring as a catcher and leading the Beavers to three straight College World Series appearances, including back-to-back national titles in 2006 and 2007, Canham was back at Oregon State Friday being introduced as OSU’s new baseball coach.

Canham will take over for Casey, who resigned last September after winning a third national title, and just over a week ago announced he would not return after taking off about 10 months to possibly reconsider his original decision to retire.

Pat Bailey served as the interim coach this past season.

“Mitch is a leader that understands the development of a student isn’t just about the talent and the skill, but about the whole person,” athletic director Scott Barnes said Friday morning. “We are indeed in position for a bright future with our baseball program.”

Canham's hiring is contingent on the completion of all university hiring processes. Details of the contract were not released and a school spokesperson told the newspaper to file a public records request for the information.

For the past two-plus years, Canham has been managing in the Seattle Mariners system. He spent two seasons at High-A Modesto before being promoted to the Arkansas Travelers, the Double-A Texas League affiliate, for this season.

He will head back to Arkansas, where he coached former Beavers star Andrew Moore, on Saturday so he can say goodbye to his now former team.

By many accounts, Canham, 34, was on the fast track to coaching and/or managing in the big leagues.

So why give that up to return to his alma mater?

“This is the only job I’ve ever really dreamt of,” he said.

And the Mariners, who Canham had nothing but kind words and appreciation for after giving him a chance to manage, knew that was the case when they hired him.

“I said, I’m all in with this job. I was born and raised in the Northwest, this is home,” Canham said of what he told the Mariners in the interview process. “I’m never going to leave it unless I get one call and there is only one other job in the world that means more to me and that’s this one.”

Canham returns to the program he helped lead to unprecedented and unmatched success. A catcher, he was a captain on the 2006 and 2007 teams and earned All-American honors in 2007 after batting .326 with 10 homers and 59 RBIs.

Over three seasons, Canham played in 183 games and finished with a career batting average of .314 with 25 homers, 31 doubles and 152 RBIs.

The Beavers were 145-46 over those three seasons, and were an impressive 27-6 in the postseason.

Barnes said the Beavers interviewed “half a dozen” candidates before settling on Canham. Current assistants Bailey and Nate Yeskie were also considered for the position.

Canham said all of the coaches on staff this past season are “phenomenal coaches. And not only that they’re family.”

Bailey will reportedly stay on the staff as will Yeskie. Andy Jenkins won't be back.

“I know our current players and our future players are going to be very excited and we’re going to continue to make this thing right," Canham said.

Mitch Canham said being the Oregon State baseball coach "is the only job I’ve ever really dreamt of." The former Beavers standout was introduced as the 21st coach in program on Friday.

Mitch Canham played in 183 games while at Oregon State and finished with a career batting average of .314 with 25 homers, 31 doubles and 152 RBIs.