Become a Member
Read Today's E-edition
Share This
OSU baseball: Despite setbacks, Beavers' season filled with promise for future
0 Comments
Share this
1 of 3 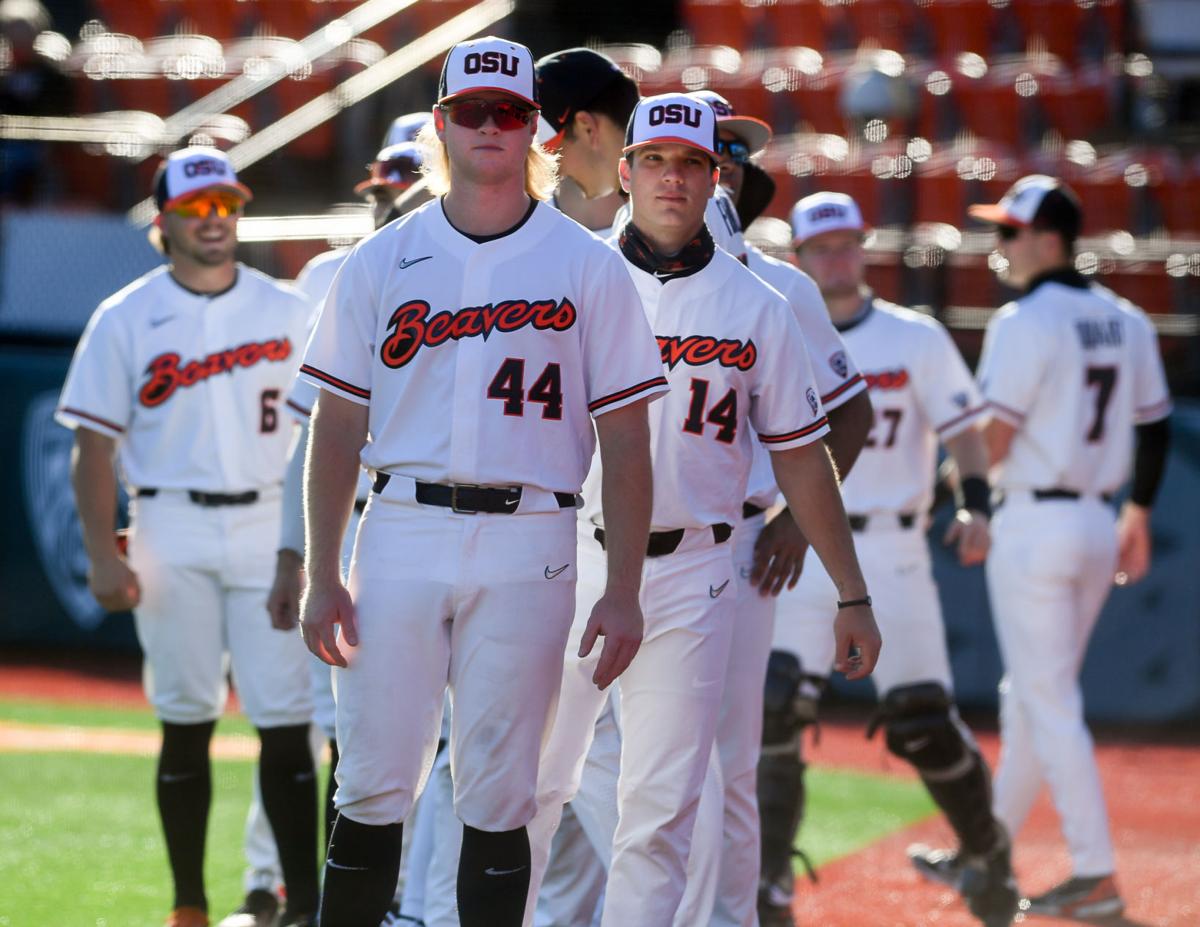 The future looks bright for the Oregon State baseball team. 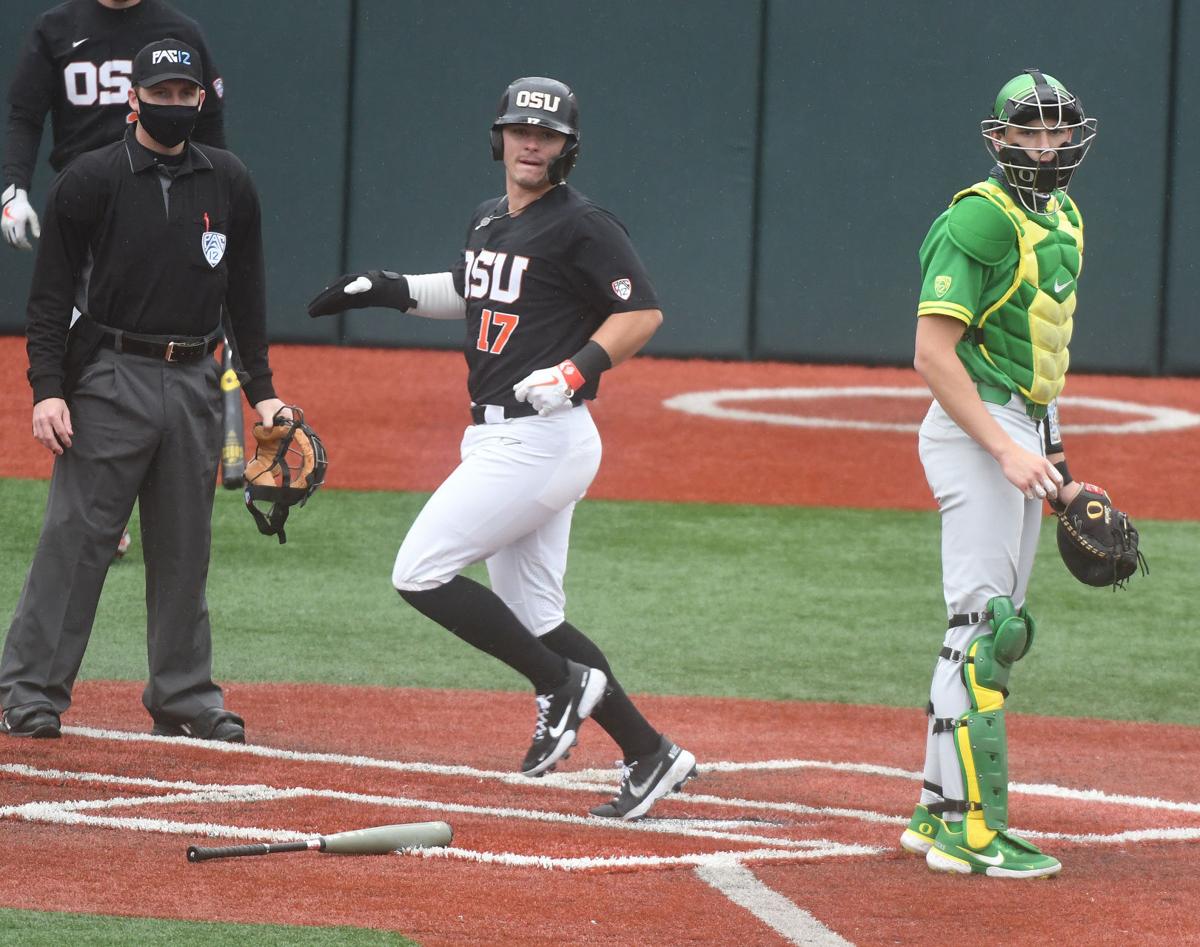 Troy Claunch (17) was consistent at catcher and at the plate for the Beavers. 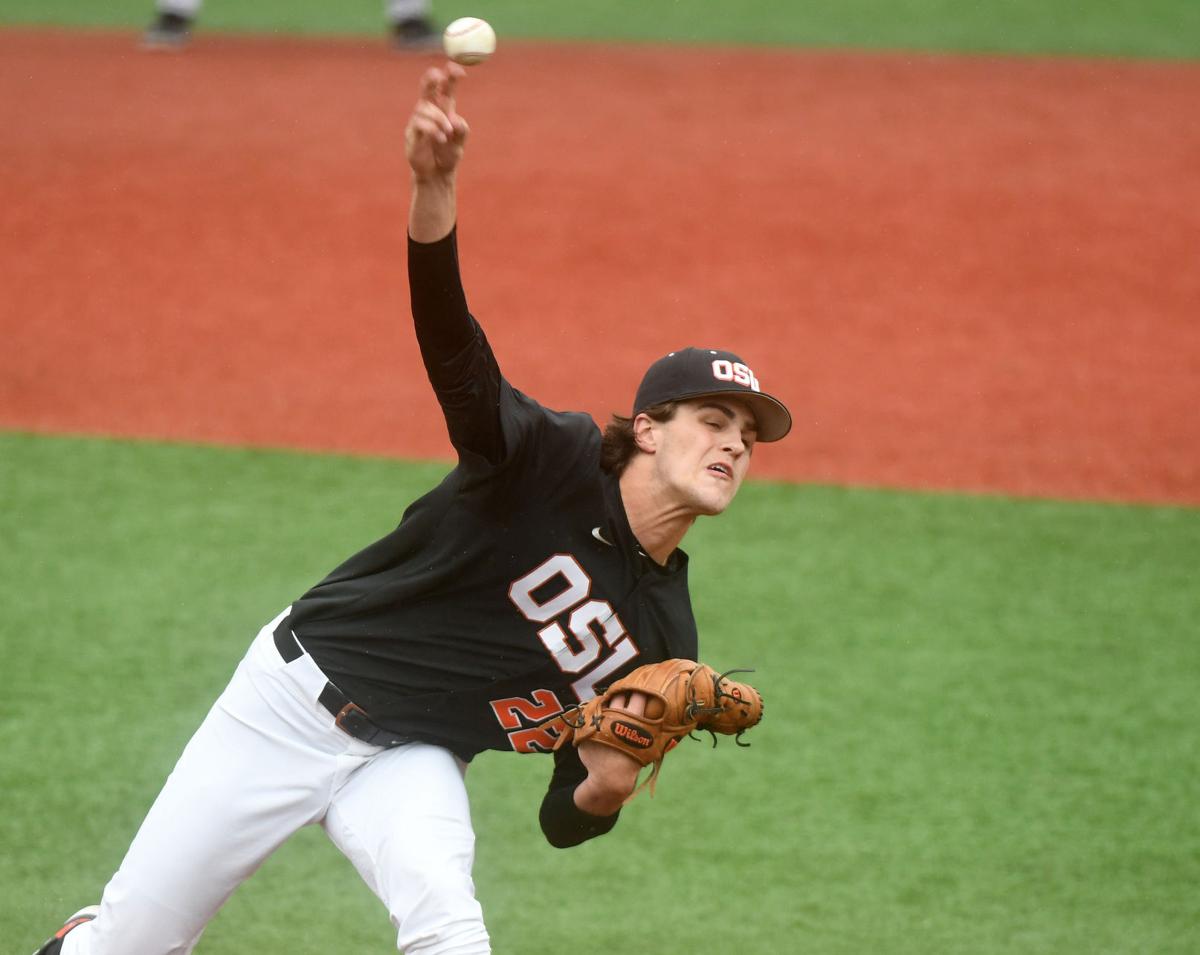 Oregon State’s season reached a sudden, unceremonious end earlier this week, with the Beavers coming agonizingly close to clinching a super regional berth, only to find themselves on the wrong end of a late-game rally.

Some early offensive contributions put the Beavers in a good position to escape Fort Worth with a regional title. But a late-game bullpen implosion left too big a burden on the Beaver bats, with too little time to scrape together a comeback.

If that sounds familiar, it should.

Monday’s 8-5 loss to Dallas Baptist was a microcosm of Oregon State’s season as a whole. For all the promise and talent that the Beavers flashed — and there was plenty — it was too often hindered by head-scratching moments in the late innings.

That’s not to say the bullpen should shoulder the blame for everything that went wrong in 2021. Far from it. Oregon State’s group of relievers was one of the most talent-rich bullpens in the Pac-12, and maybe in the entire country. They carried the Beavers through countless difficult moments, contributed to a combined no-hitter early in the year, and delivered a gutsy performance throughout the regional during which many of them were throwing on short rest.

But on seven different occasions over the final two months of the season, Oregon State took a lead into the seventh inning or later and came away with a loss. The final instance, which saw the Beavers yield eight unanswered runs to Dallas Baptist in a do-or-die scenario, cost them their season.

“There was never any doubt in their minds,” Canham said of his pitchers after the Dallas Baptist loss. “Never any hesitation, never any fear. Just go out there and compete.”

Most college baseball coaches would be thrilled to turn the late innings over to Jake Mulholland, Mitchell Verburg, Bryant Salgado or Chase Watkins. Joey Mundt and Nathan Burns each looked unhittable during multi-inning performances in Fort Worth, and there were still plenty of other quality options if none of those six were available. But for whatever reason, too often this season, that group of electric relievers didn’t deliver.

Canham and pitching coach Rich Dorman will undoubtedly pore over the numbers and try to pinpoint why Oregon State’s amount of free passes were higher than they would have liked.

But they can also take solace in the fact that the future appears to be very bright for their program.

Only three Oregon State players are guaranteed departures — Mulholland, shortstop Andy Armstrong and outfielder Preston Jones have all exhausted their eligibility. Replacing Mulholland, one of the best closers in the nation, and Armstrong, the heart and soul of Oregon State’ defense, will be tough tasks.

It’s also likely that the Beavers lose a few players to the Major League Baseball Draft in July. Friday night starter Kevin Abel is still a consensus top-150 prospect, and Troy Claunch may want to test the waters after a stellar pro season. Ditto for Verburg and second baseman Ryan Ober.

But Oregon State’s roster was overwhelmingly young to start the season, and will be again next season. In addition to those three seniors, Oregon State only has eight juniors.

Freshman Cooper Hjerpe and sophomore Jake Pfennigs could both be more than ready to step into the Friday night starter spot if Abel departs, and Will Frisch could be set for a move to the starting rotation after a sensational true freshman season.

The Beavers’ prospects are just as promising on the offensive side of things. It’s telling that Canham started just one senior and two juniors during the regional. A large contingency of Oregon State underclassmen who were afterthoughts at the start of the season turned out to be the heroes of the Beavers’ postseason.

Sophomore Wade Meckler battled his way into the lineup after struggling for playing time early on and became the lynchpin at the top of Oregon State’s batting order.

“It helps a lot when you get experience in the postseason,” Gretler said after the Dallas Baptist loss. “Just having that, helping the younger guys kind of find out what it’s like, that’s gonna be big time for us.”

It’s also important to keep in mind that Oregon State played the most important part of the season without its best everyday player, outfielder Jacob Melton, after a shoulder injury ended his year. With a healthy Melton back in the heart of Oregon State’s order, they will be a much more offensively imposing ball club.

There will surely be some disappointment from Oregon State supporters with the way this season ended. But with the firepower the Beavers are set to bring back, it’s easy to imagine that 2021 was the beginning of something significant, rather than the end.

Oregon State spent the past three days navigating its way through a seemingly endless wave of do-or-die scenarios. Time and time again, the Be…

Former Oregon State coach Pat Casey is reportedly a candidate to take over as the next head coach at LSU.

The future looks bright for the Oregon State baseball team.

Troy Claunch (17) was consistent at catcher and at the plate for the Beavers.