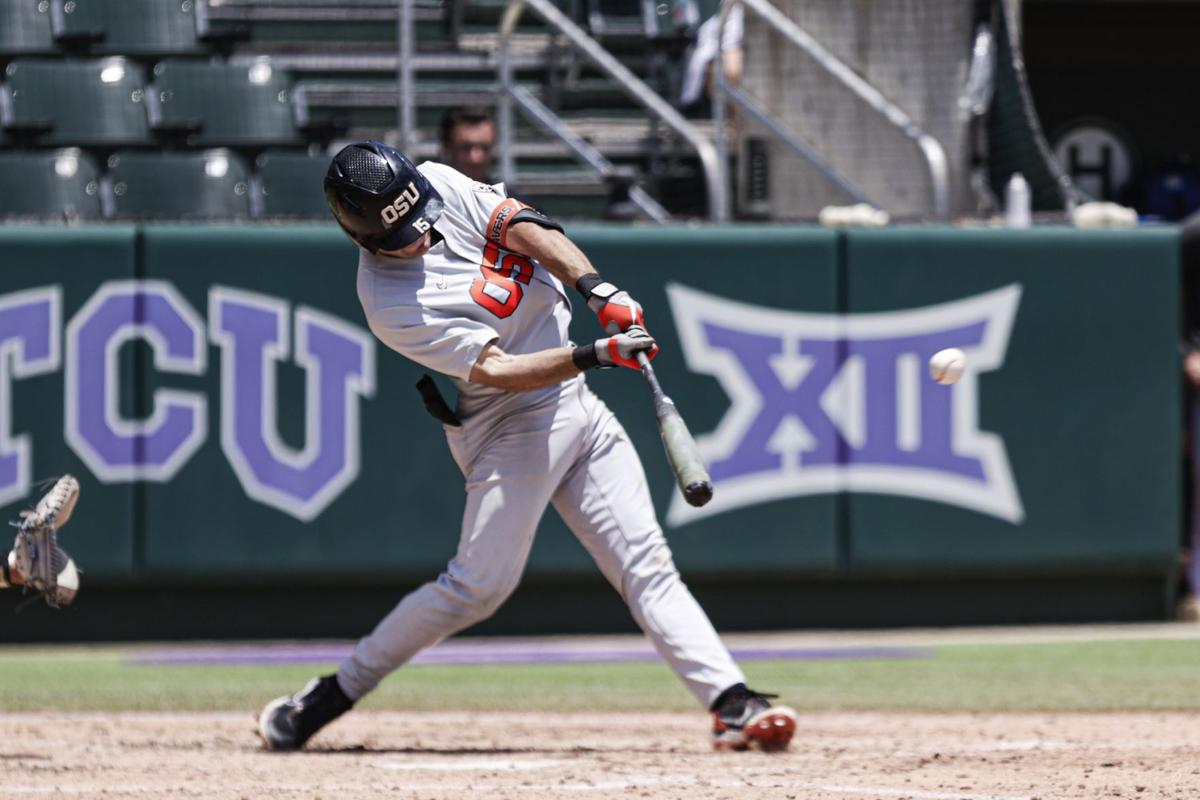 Oregon State freshman Kyle Dernedde went 2 for 3 with six RBIs in Oregon State's 10-5 win over McNeese on Saturday to stave off elimination in the Forth Worth regional. 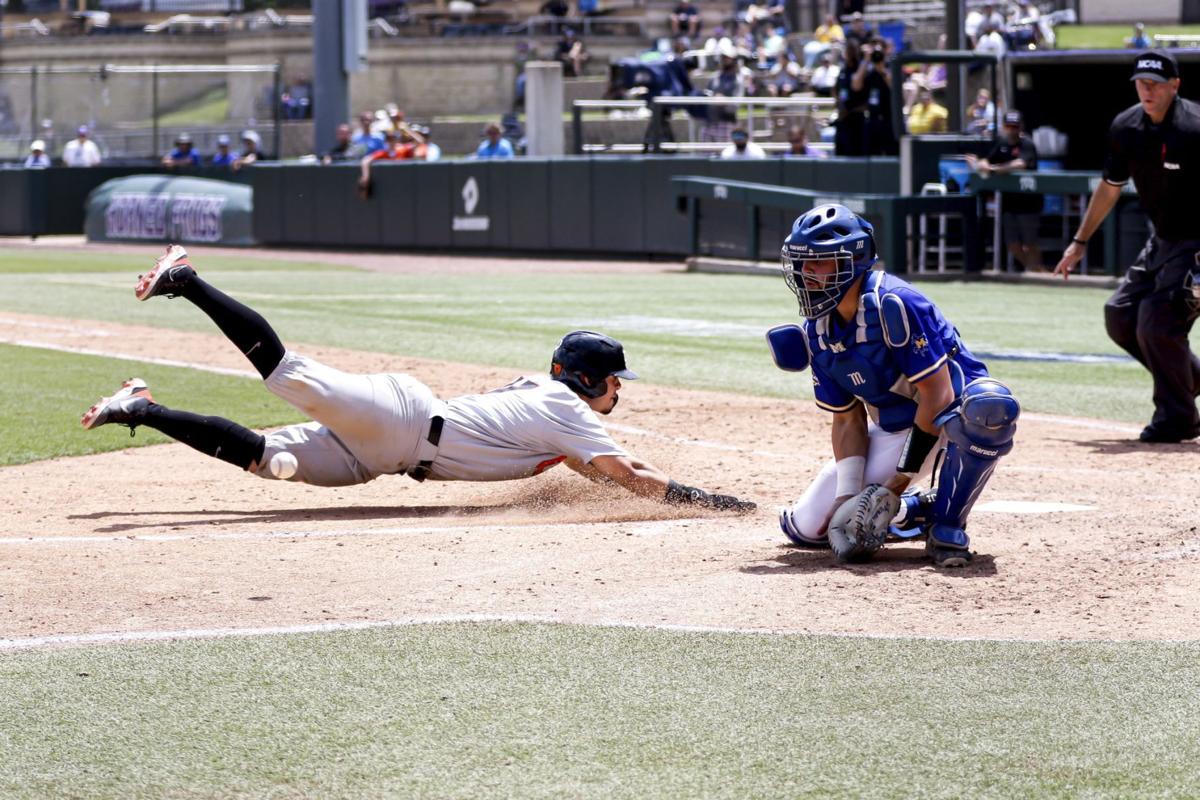 Troy Claunch slides in safely to score for the Beavers. 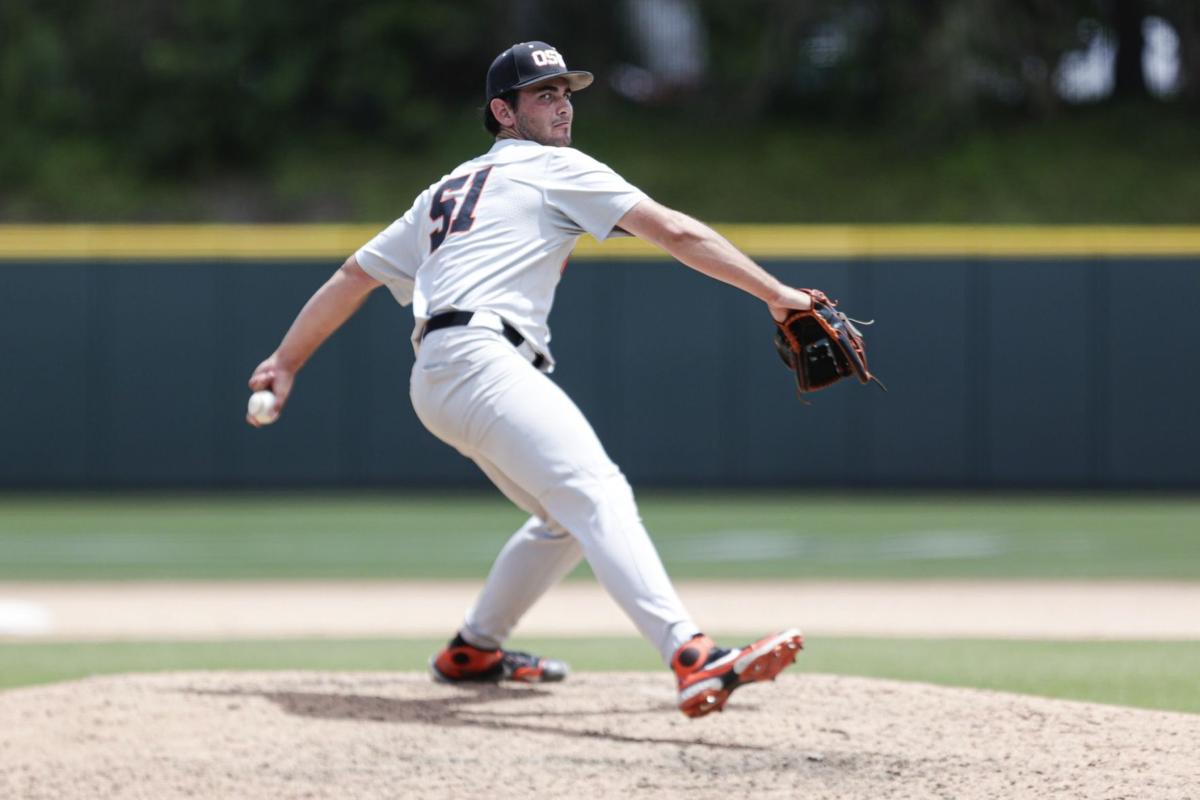 But in a do-or-die-scenario, he may have saved the Beavers’ season.

Dernedde went 2 for 3 with two bases-clearing doubles and six RBIs to help carry Oregon State past McNeese State in an elimination game at the Fort Worth regional. The Beavers topped the Cowboys 10-5 at Lupton Stadium, and Dernedde’s contributions at the plate proved to be the difference in a game that was neck-and-neck until the late innings.

“It means a lot to me,” Dernedde, who started at second base Saturday, said. “I’ve grown up an Oregon State fan and watched teams before us come through and do the same thing — go down in the first game and battle back and do amazing things. For me, it’s pretty special to be a part of it now.”

A freshman from Tualatin High, Dernedde did not start any of Oregon State’s first 28 Pac-12 games. But much like teammates Justin Boyd and Greg Fuchs, coach Mitch Canham opted to play Dernedde during the final series of the regular season at Stanford with hopes of injecting some life into an offense that had gone stagnant.

The lineup tinkering has paid off in a big way. Boyd has taken over the center field role and the No. 2 spot in the lineup, and Fuchs hit a three-run homer in the regional opener. On Saturday, it was Dernedde’s turn to repay Canham’s faith in him.

Canahm said that Dernedde’s inclusion in the lineup was a product of the consistency that he has flashed since the fall. By the time the Pac-12 season began to wind down, Oregon State players had started to voice their belief in Dernedde to Canham and asking the coach to give him a chance at regular playing time.

“He’s just consistent with his work ethic,” first baseman Ryan Ober said. “Some guys will come and take extra ground balls here and there. But Kyle’s out there every day doing extra stuff, just waiting for his name to be called. He’s a great guy. … He’s stayed the course and believed in himself, and it’s paying off for him and really helping our team.”

Even with Dernedde’s big day at the dish, Saturday was not without its nervous moments for the Beavers. Starting pitcher Cooper Hjerpe flashed dominant stuff over 4⅓ innings and struck out eight, but he also yielded four earned runs.

The Cowboys delivered seeing-eye RBI singles in the second and third innings to put Hjerpe in a 2-0 hole early. And for a while, that appeared to spell trouble for the Beavers. Oregon State was up against McNeese ace Will Dion, the Southland Conference's pitcher of the year, and far and away the Cowboy’s best pitcher. Dion did not allow a hit through the first three innings. But in the fourth, Oregon State batted around and put five runs on the board.

Garret Forrestter and Ober ripped back-to-back run-scoring singles to tie the game. Then, four batters later, Dernedde crushed a three-run double to the right field gap that gave the Beavers a 5-2 lead.

Oregon State continued to have good at-bats from that point and forced Dion’s pitch count to rise. By time he exited the game, he had tossed 117 pitches over seven innings and finished with eight strikeouts, two walks and five earned runs.

But the Cowboys took advantage of Oregon State’s inability to throw strikes in the fifth. Hjerpe walked two batters before giving way to Jack Washburn, who walked the first batter he faced on four pitches and then gave up a two-run single to Jake Dickerson that made it 5-4.

Two innings later, the Cowboys took advantage of an Oregon State passed ball, and Dickerson delivered another RBI single to tie the game at 5-5.

But any nerves the Beavers may have had at that point dissipated once they dug into the McNeese bullpen. Forrest and Ober each delivered run-scoring singles again in the eight, and Dernedde put the finishing touches on the game with his second three-run double of the day to give the game its final score.

“It’s just been about getting out there and being able to play consistently,” Dernedde said. “My role all year was to just be ready and help the guys around me be better. I’ve been working hard, and I was able to get some playing time the last couple days. I’ve been ready and just want to contribute any way possible”

Oregon State will fight to keep its season alive once again in a win-or-go-home game Sunday. The Beavers will face TCU at 11 a.m. Sunday after the Horned Frogs dropped an 8-6 decision to Dallas Baptist on Saturday night. The winner faces Dallas Baptist later Sunday.

NBA plans to start the new season in October

Oregon State spent the past three days navigating its way through a seemingly endless wave of do-or-die scenarios. Time and time again, the Be…

Oregon State freshman Kyle Dernedde went 2 for 3 with six RBIs in Oregon State's 10-5 win over McNeese on Saturday to stave off elimination in the Forth Worth regional.

Troy Claunch slides in safely to score for the Beavers.