OSU baseball: What to know about the Fort Worth regional
0 Comments
Share this
{{featured_button_text}}
1 of 2 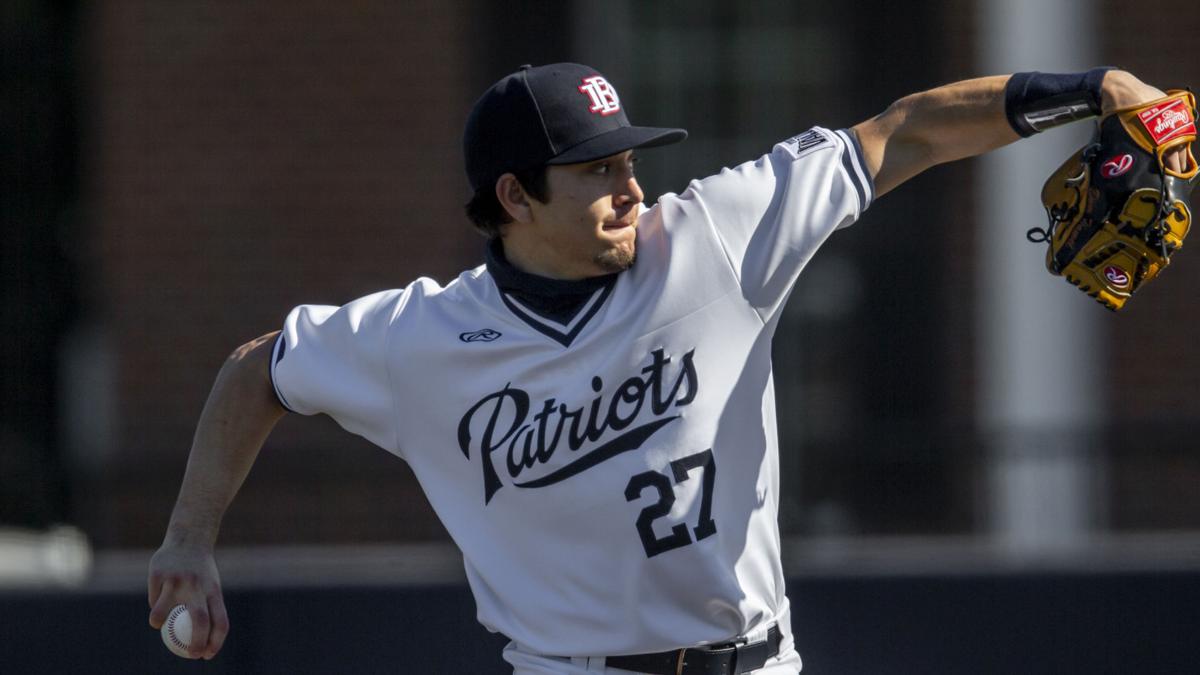 Dallas Baptist starting pitcher Dominic Hamel is 12-2 with a 3.72 earned-run average this season. The Patriots are Oregon State's first opponent in the Fort Worth Regional. 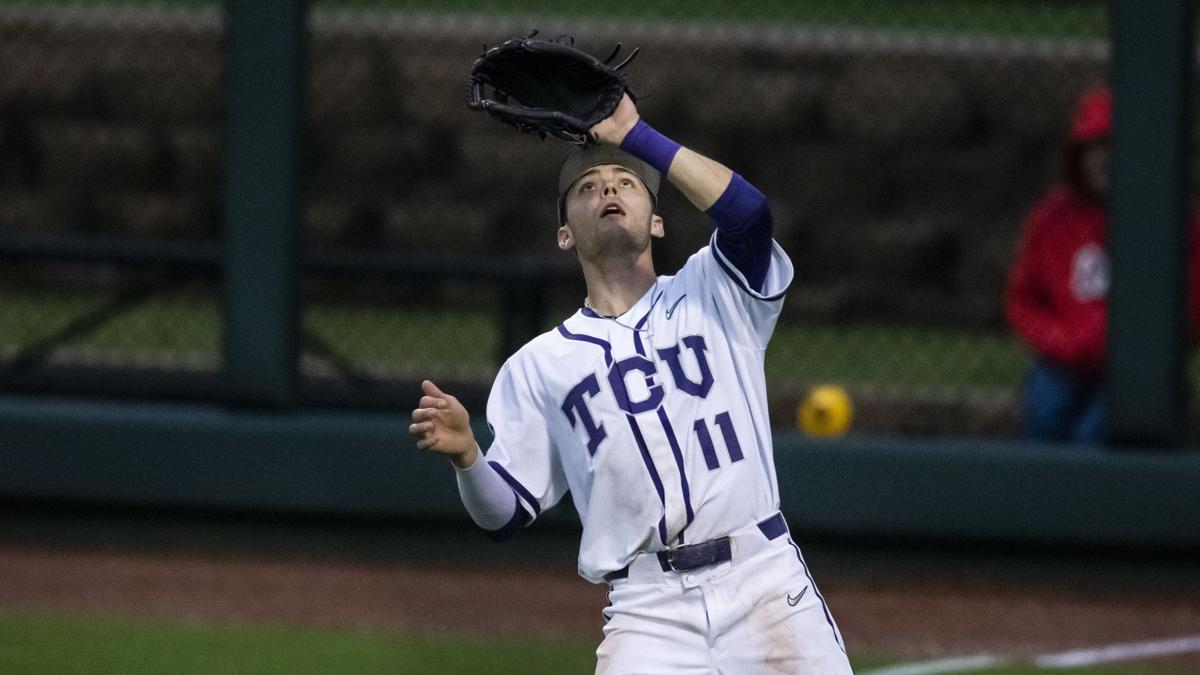 TCU outfielder Phillip Sikes is hitting .337 with 11 home runs and 60 RBIs this season. The Horned Frogs are the top seed in the NCAA Fort Worth Regional.

Oregon State will begin its postseason journey this Friday when it travels to the heart of Texas for the NCAA Fort Worth baseball regional hosted by Texas Christian University.

The No. 2-seed Beavers will hope to advance past the round-robin, double-elimination opening stage of the NCAA tournament, but will have their hands full with a difficult trio of opponents.

No. 1 TCU. No. 3 Dallas Baptist and No. 4 McNeese State all present unique potential matchups for the Beavers.

Here is a breakdown of all four teams in the region.

Oregon State is one of the true wild cards of the tournament. The Beavers’ players and coaches will be the first to tell you that the team underperformed during the regular season. Some of that comes down to injuries; Oregon State’s best position player, Jacob Melton, is out for the season with a shoulder injury. Since he went down in mid-April, the offense hasn’t been the same.

But the Beavers earned a bid as the No. 2 seed for a region. Their schedule was grueling, and they have a large collection of wins against quality opponents. They also have as much pitching talent as any team in the tournament, and more than enough to carry them through the opening weekend. Friday night’s showdown between Kevin Abel and Dallas Baptist ace Dominic Hamel could make for an early-tournament thriller.

The Horned Frogs are hosting this regional for a reason. They have been one of the best teams in the nation all season long and ended the regular season as the No. 4 team in the NCAA RPI rankings. They navigated their way through an extremely top-heavy conference — the Big-12 only has four teams in the tournament, but three of them are hosting regionals, and the other is a No. 2 seed.

Long story short, TCU hits the ball extremely well. They are batting .291 as a team and have three players who have driven in 50 runs or more. For context, Ryan Ober leads Oregon State with 37 RBIs this year. TCU is also very aggressive on the base paths. The Horned Frogs have stolen 106 bases and have only been caught stealing 16 times. Nine players on their roster have stolen at least eight bases — an incredible tally for a Power-5 school. Expect them to run wild whenever opposing pitchers are working out of the stretch.

37-15, 18-6 Missouri Valley Conference. Finished first in the MVC and won the conference tournament

The Patriot’s provide an intriguing opening matchup for the Beavers. Dallas Baptist slugged its way through a relatively weak conference schedule this spring, but the offensive numbers are still eye-popping. It hit .290 as a team, and much like TCU, also runs the bases extremely well.

Second baseman Jackson Glenn is one of the best power hitters in the country, in any conference. His 19 homers are tied for the third most of any player this season, but he isn’t just a pure power hitter. Glenn walks nearly as often as he strikes out, and is also 13-for-13 on stolen base attempts.

Against DBU ace Dominic Hamel, Oregon State could be in for a tough afternoon. A senior right-hander, Hamel has struck out 127 batters in 79 ⅔ innings and is tied for the seventh-most punchouts in the nation. Hamel sits 91-94 miles per-hour with his fastball and has touched 96 this season, according to a scouting report from MLB.com. He pairs his heater with a high-spin-rate slider and curveball, and the combination of those three pitches makes him a highly-touted pro prospect who is a nightmare for college hitters to face.

32-28, 21-18 Southland Conference. Finished seventh in the SLC and won the conference tournament.

McNeese State’s route to the NCAA tournament is one of the feel-good stories of the season. Last year, Hurricane Laura decimated Lake Charles, Louisiana, where the school is located. According the a recent story from The Advocate, the storm left baseball program without a locker room, a weight room, and for most players, without a place to sleep. But the Cowboys were determined to play, and delivered a magical three-day run through the Southland Conference tournament to secure an automatic bid to the NCAA tournament.

Now, they are determined to keep their Cinderella story going, and there's plenty of reason to believe they could do so. While their RPI ranking of 133 is among the lowest of any team in the tournament, the Cowboys have plenty of top-end talent. Friday-night starter Will Dion is a workhorse left-hander with a stellar resume. Only six pitchers in the country have tossed more than his 92 ⅔ innings, and his 113 strikeouts are tied for the 20th-most in the nation. He was the SLC pitcher of the year and will hope to shock TCU on its home field Friday night.

OSU baseball: Beavers headed to Forth Worth Regional for NCAA tournament

Ask any pitcher on Oregon State’s staff. Most of them can recall a time when Andy Armstrong has bailed them out of trouble with a dazzling def…

OSU baseball: The Beavers’ regular season by the numbers

With Oregon State’s regular season in the books, the Beavers will now set their sights toward the Fort Worth regional with hopes of hanging a …

OSU baseball: Kevin Abel back for another postseason ride with Beavers, hoping to replicate 2018 heroics

By the time he throws his first pitch at Lupton Stadium on Friday, it will have been 1,072 days since Kevin Abel’s legendary performance that …

All season long, Oregon State has touted a “next man up” mantra.

Dallas Baptist starting pitcher Dominic Hamel is 12-2 with a 3.72 earned-run average this season. The Patriots are Oregon State's first opponent in the Fort Worth Regional.

TCU outfielder Phillip Sikes is hitting .337 with 11 home runs and 60 RBIs this season. The Horned Frogs are the top seed in the NCAA Fort Worth Regional.