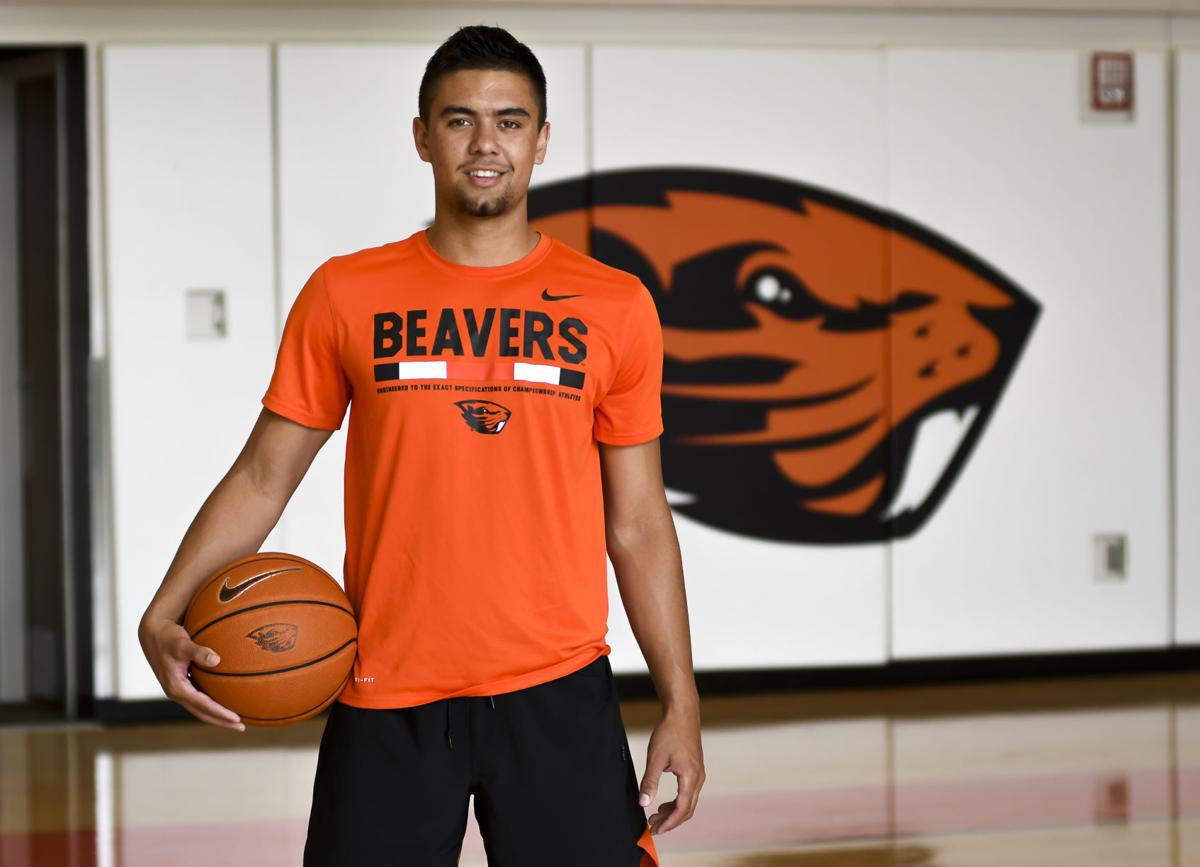 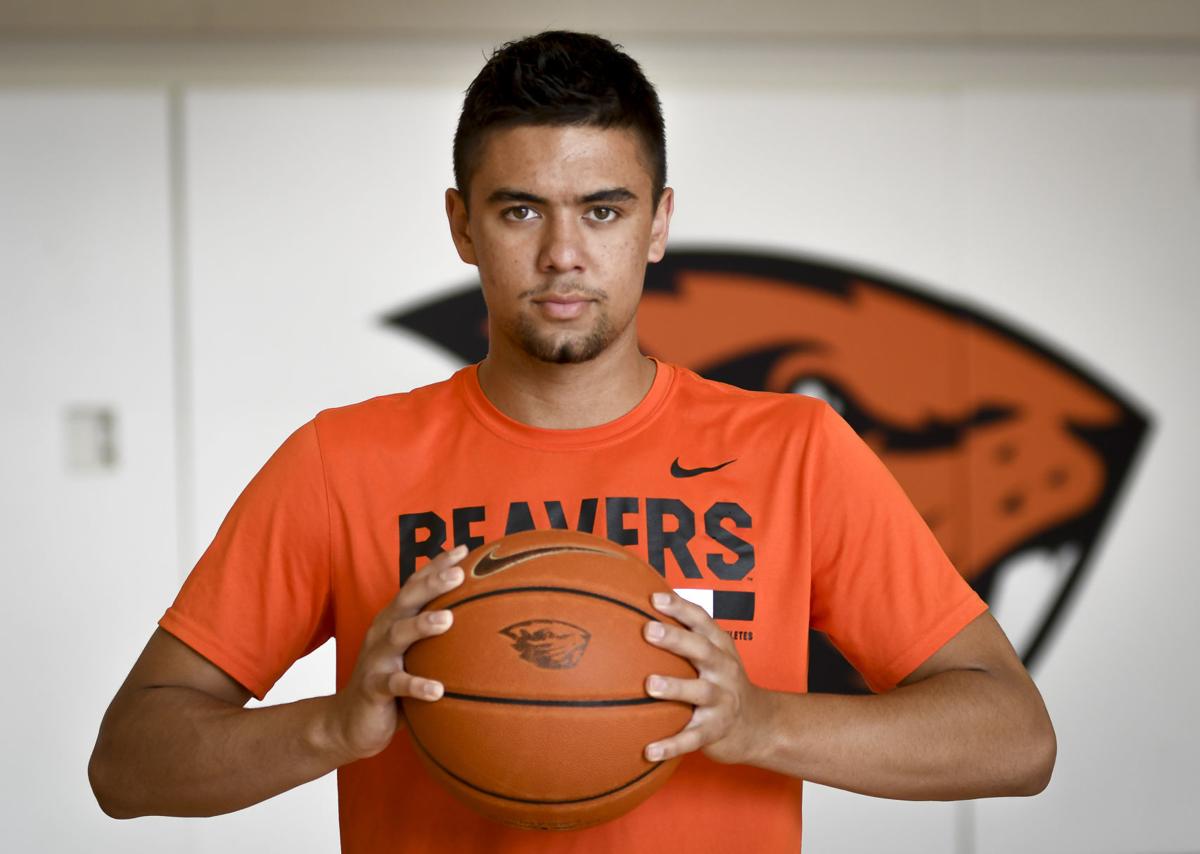 Jarod Lucas has shown his game is more than just hitting 3-pointers. He made 384 deep balls as a high school player.

Jarod Lucas wanted a family atmosphere as he looked for the right fit in a college men’s basketball program, and he found it at Oregon State.

Because of that connection, Lucas says he couldn’t have found a better place to continue his career.

“It was pretty cool. It’s a once-in-a-lifetime opportunity. I know not every kid gets to have that experience,” he said. “My dad did a good job of knowing when to be a dad and when to be a coach. I enjoyed it.”

Lucas arrived on the OSU campus a few weeks ago as the all-time leading prep scorer in Southern California history and third highest ever in the state with 3,356 points. He broke former Stanford standout Casey Jacobsen’s record while scoring 52 points Jan. 31 against West Covina.

His No. 2 jersey was retired after the game. Lucas averaged 39.6 points his senior season, including five games of 50 or more and another with 49.

Before his senior season began, Lucas was already the Los Altos career scoring leader and held the school record for most career 3-pointers. He’s the first Los Altos player to earn a Division I basketball scholarship since his dad went to the University of Hawaii.

The four-star guard, at 6-foot-3, 195 pounds, will soon be testing his skills against a higher level of competition.

“He's a point guard but can play off the ball,” Tinkle said when Lucas signed last November. “He plays for his dad, so you know you're getting a smart kid. He brings a lot of toughness along with great skill level."

Lucas is known as a deep-range shooter, having made 384 3-pointers in high school. He participated in the national 3-point championship during Final Four weekend back in April in Minneapolis.

Though he’s shown he can do more than just hit the long ball.

He averaged 11.3 rebounds and 4.4 assists as a senior. Lucas is also an elite level free-throw shooter. He led the nation with a state-record 422 foul shots made while shooting 89 percent as a senior. He made 47 straight from the line as a junior.

“My best skill that I bring to the floor is my shooting ability,” Lucas said. “But I know I can do more than that. At the end of the day I’m going to do whatever I can to help win ball games.”

He describes himself as a “shoot-first type of guy” and a team player and leader.

Lucas has spent the past few weeks getting to know his fellow teammates, who are also newcomers, and their games. And vice versa.

“He’s a knock-down shooter. You leave him open, you know he’s going to hit it,” said freshman guard Gianni Hunt, another Southern California product whom Lucas has played against. “High-energy guy, high motor.”

Added junior wing Sean Miller-Moore, another first-year player: “He has a little swagger to him, and you always need that type of player. He fears nothing, you can tell. He’s always willing to shoot the ball.”

Lucas said he believes the biggest challenge in his transition to the college game is the movement of the 3-point line back about 17 inches to 22-1¾, the international standard. But the work he’s putting in this summer is helping him make the adjustment.

Lucas credits his work ethic for his improvement and development as a player. He says his is goal is to get better every day.

“That’s what motivates me,” he said. “I want to find a way. I look at every day as a cup. You’ve got to find a way to put something in that cup every day.”

He’s making the transition along with Hunt and freshman guard Julien Franklin, two players he’s become familiar with through his prep playing days. Lucas is rooming with Franklin.

Lucas said making the jump has been made easier by the fact that he recognizes some faces.

“It definitely has,” he said. “We all kind of game-planned the goals we wanted to have here. Definitely to win ballgames.”

Jarod Lucas has shown his game is more than just hitting 3-pointers. He made 384 deep balls as a high school player.