OSU men's basketball: Julien Franklin chooses his own path for college career
Share this
{{featured_button_text}}
1 of 3 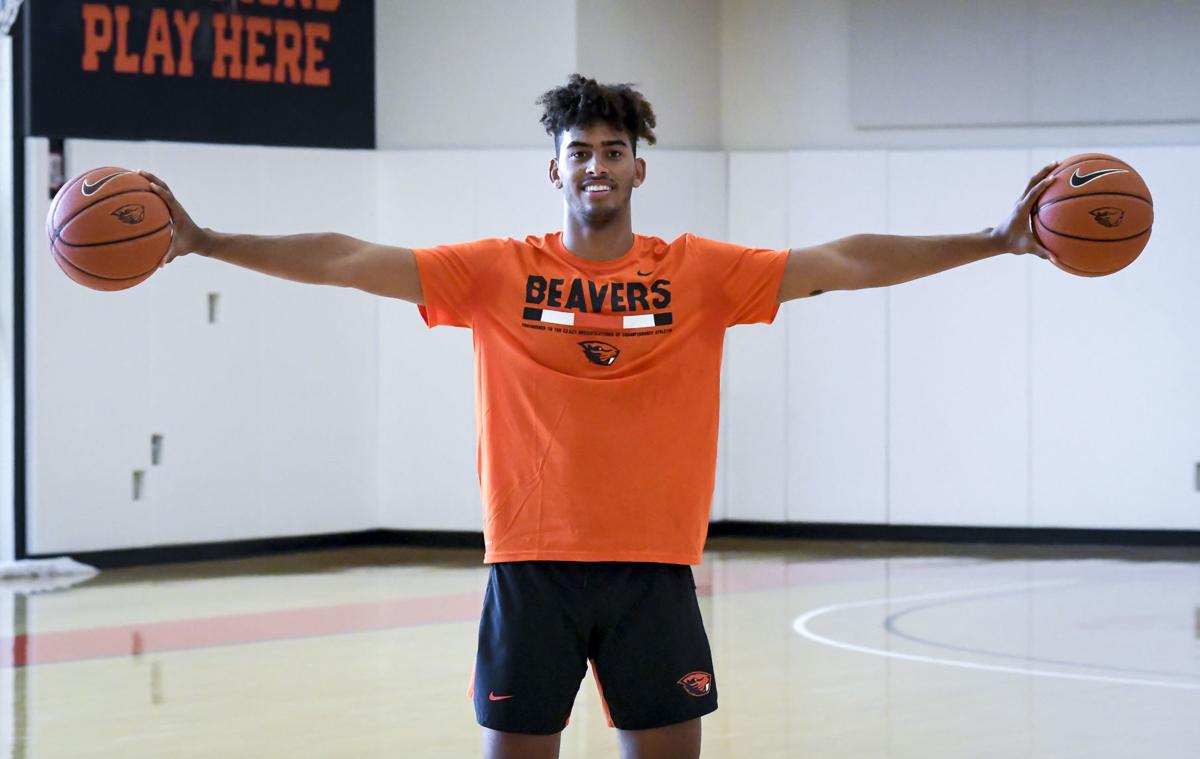 Julien Franklin had an opportunity to join his older brother Myles at Northeastern University in Boston but instead chose Oregon State to continue his playing career. 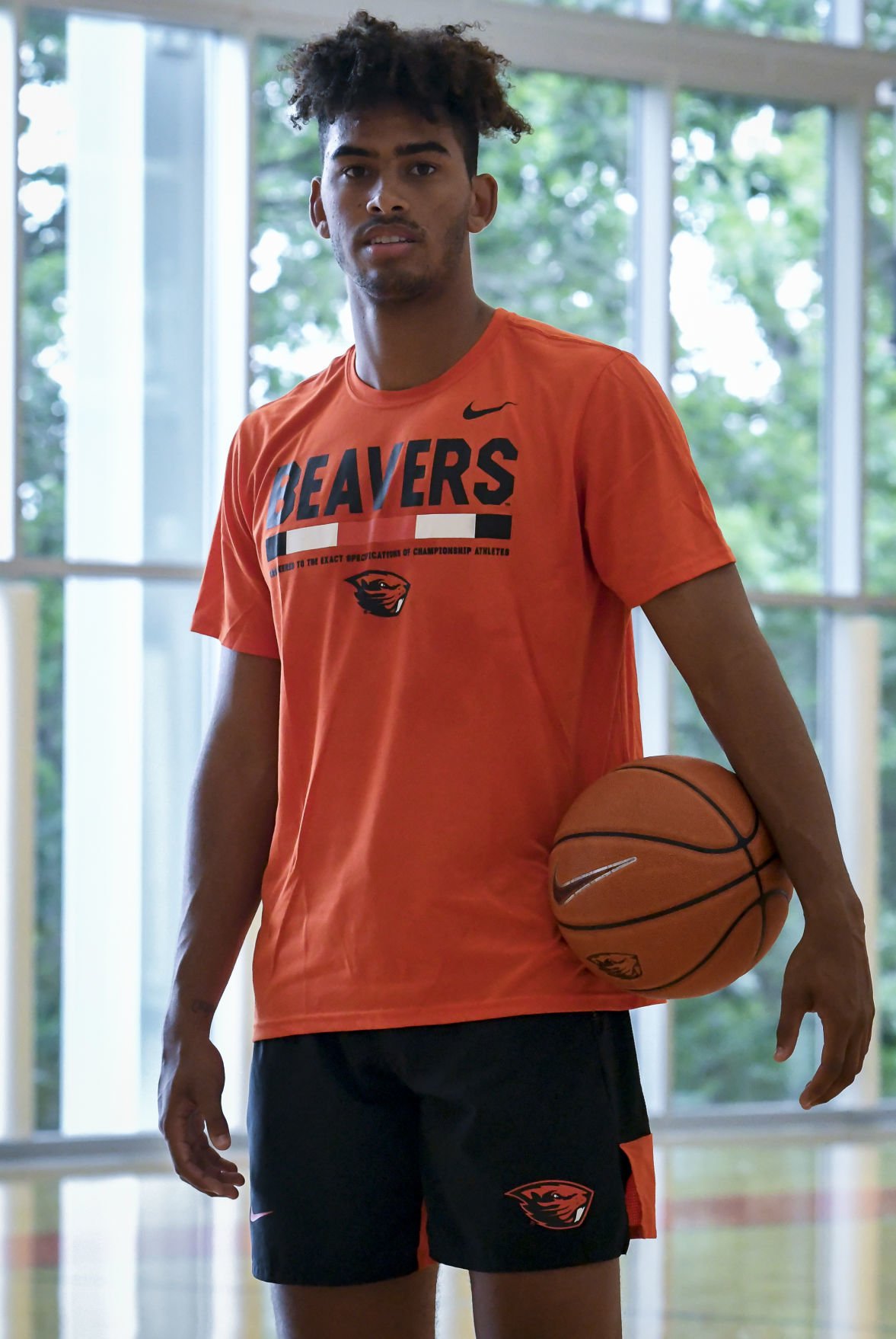 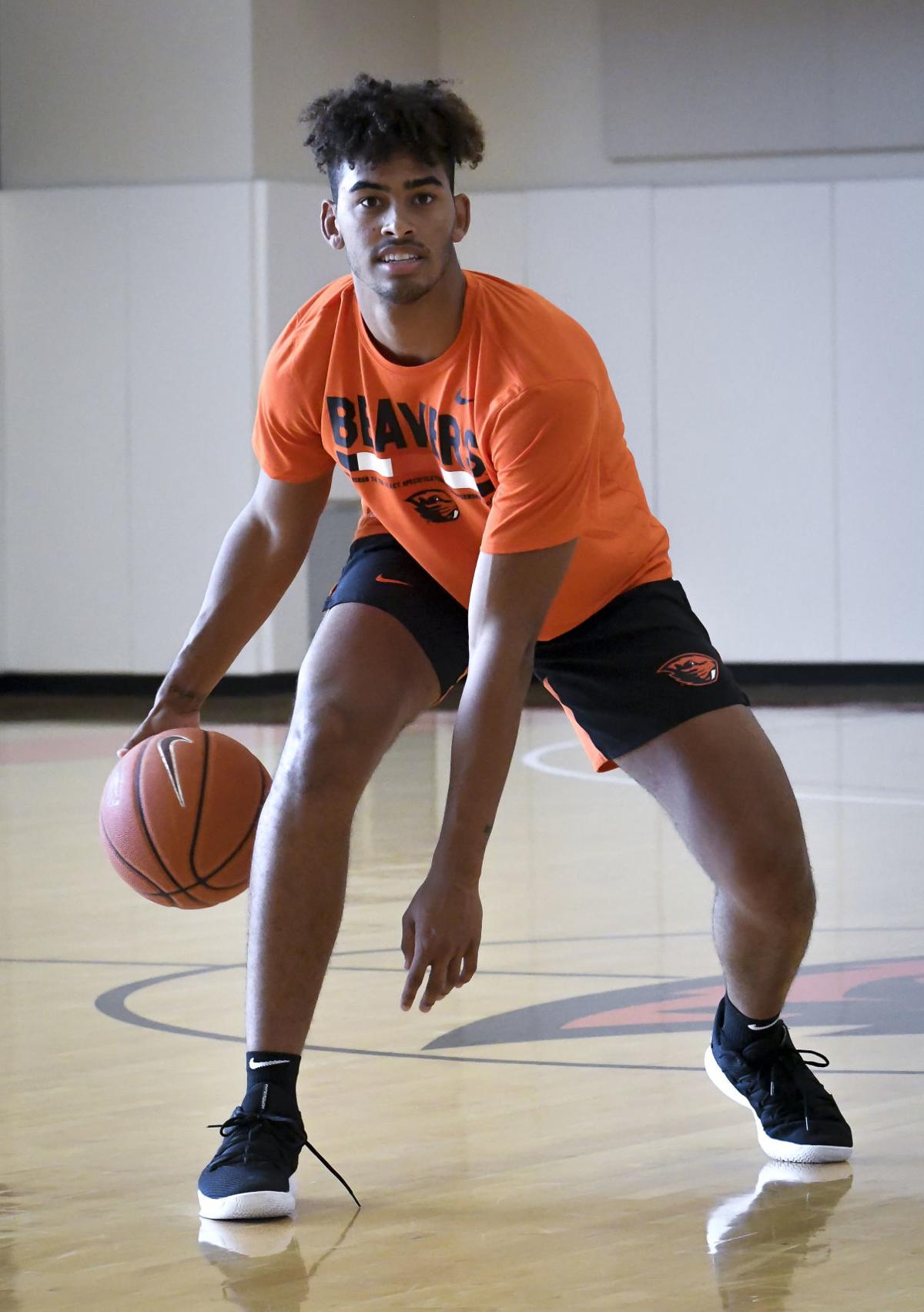 Julien Franklin prides himself in his defense, having guarded every opponent's best offensive player throughout high school.

Since then, the Beavers have been his desired team. He says he’s always wanted to come to OSU.

But it wasn’t without an alluring possibility to play somewhere else.

One of the five schools outside of Oregon State that offered Franklin a scholarship was Northeastern University in Boston. Franklin’s brother Myles will be a junior guard for the Huskies this winter. Last season, he averaged about 10 minutes per game as Northeastern reached the NCAA tournament for the first time since 2015.

Franklin decided on his own path despite what had to be a tempting scenario to reunite with his brother, whom he played with for two years at Villa Park.

“It was, but we kind of wanted to do our own thing,” Franklin said. “Like that’s his school, let him do his own thing. Let me do my thing.”

So Franklin, a 6-foot-7, 200-pound guard, chose the Beavers and arrived in Corvallis a few weeks ago to continue his own path.

He says he loved the coaches and the way they run the program. Franklin wants to keep OSU on what he sees as an upward trend and headed in the right direction.

He describes his own game as a versatile one, with an ability to play any of the guard and forward positions. Whatever the coach needs him to do, Franklin added.

"Julien Franklin has been a guard his entire life but has grown the last couple of years,” Beavers coach Wayne Tinkle said when Franklin signed in November. “He's a skilled, tough-minded player who can play multiple positions. He defends his tail off, he can rebound and he has a great ability to score."

Franklin’s game has caught the attention of some of his new teammates as they’ve spent some time on the court getting to know each other.

“He can create. He’s a wing, but if you give him the ball he can make point guard plays almost,” said fellow freshman Gianni Hunt. “Without the ball he knows how to move, find open areas where I can hit him. He’s a knock-down shooter as well.”

Added junior transfer Sean Miller-Moore: “Definitely a good player, great kid. I can tell that he’s a sponge and he’s willing to learn. That’s a great freshman to start with.”

Franklin got to Corvallis already knowing a couple of his teammates, having played against Hunt and true freshman Jarod Lucas in California.

He said it’s a plus starting with familiarity on the court.

He has experience competing against high-level opponents in AAU. In the transition to college ball, Franklin believes and attention to detail is key.

“Just the attention to detail mostly,” he said. “A lot of little things to focus on. Making sure everything is correct and perfect.”

Franklin prides himself on his defense and feels he brings the toughness and physical nature Tinkle and the Beavers seek. He says he never lets up on that end of the floor and “can’t wait to guard everybody.”

“As a freshman, every game my coach (Kevin Reynolds) started putting me on the best player,” Franklin said. “My whole high school career I’ve been guarding the best player every game. No matter what, I’ve got him. He really instilled that in me.”

Oregon State men's basketball on Tuesday announced the signing of Roman Silva to a National Letter of Intent.

Julien Franklin had an opportunity to join his older brother Myles at Northeastern University in Boston but instead chose Oregon State to continue his playing career.

Julien Franklin prides himself in his defense, having guarded every opponent's best offensive player throughout high school.