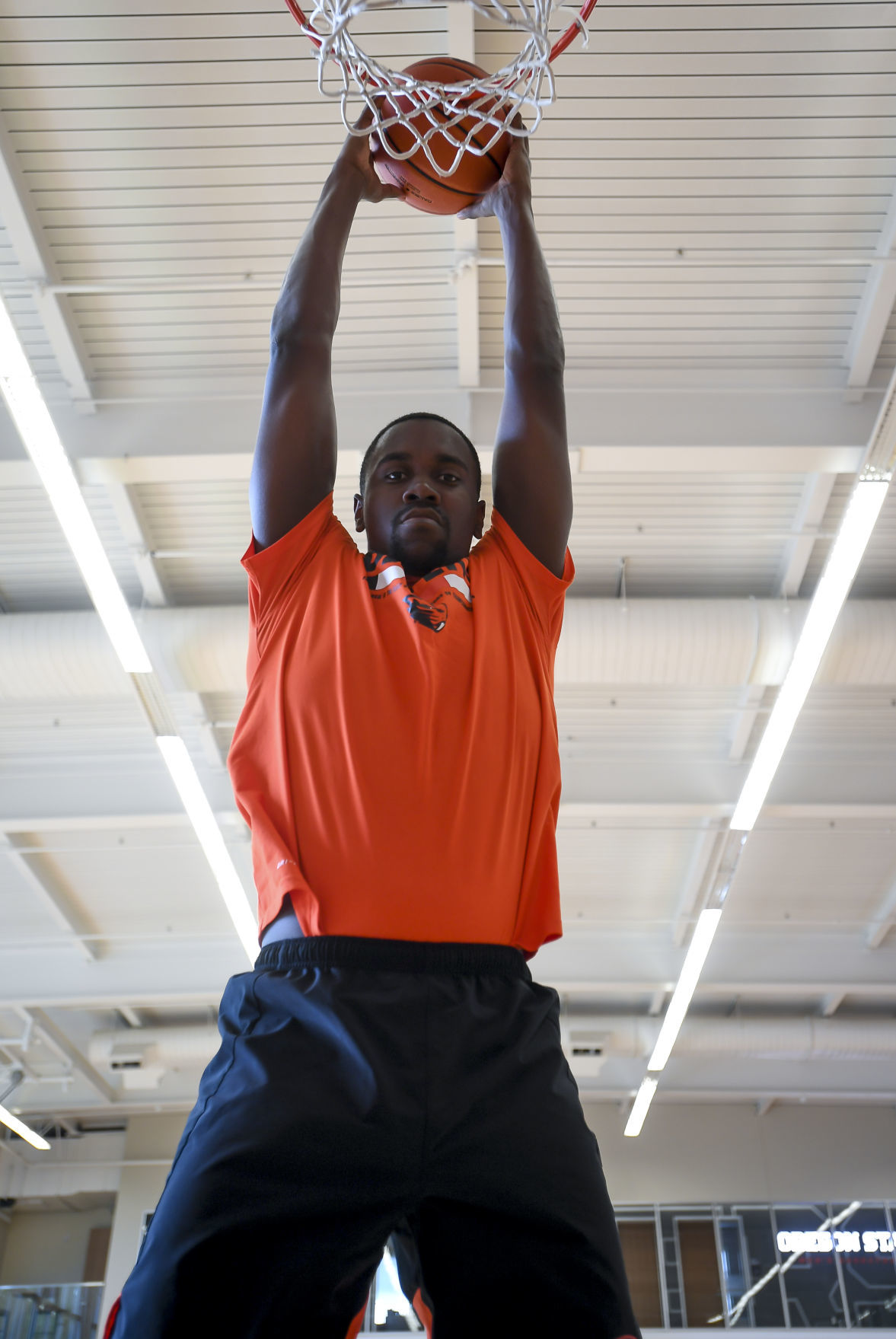 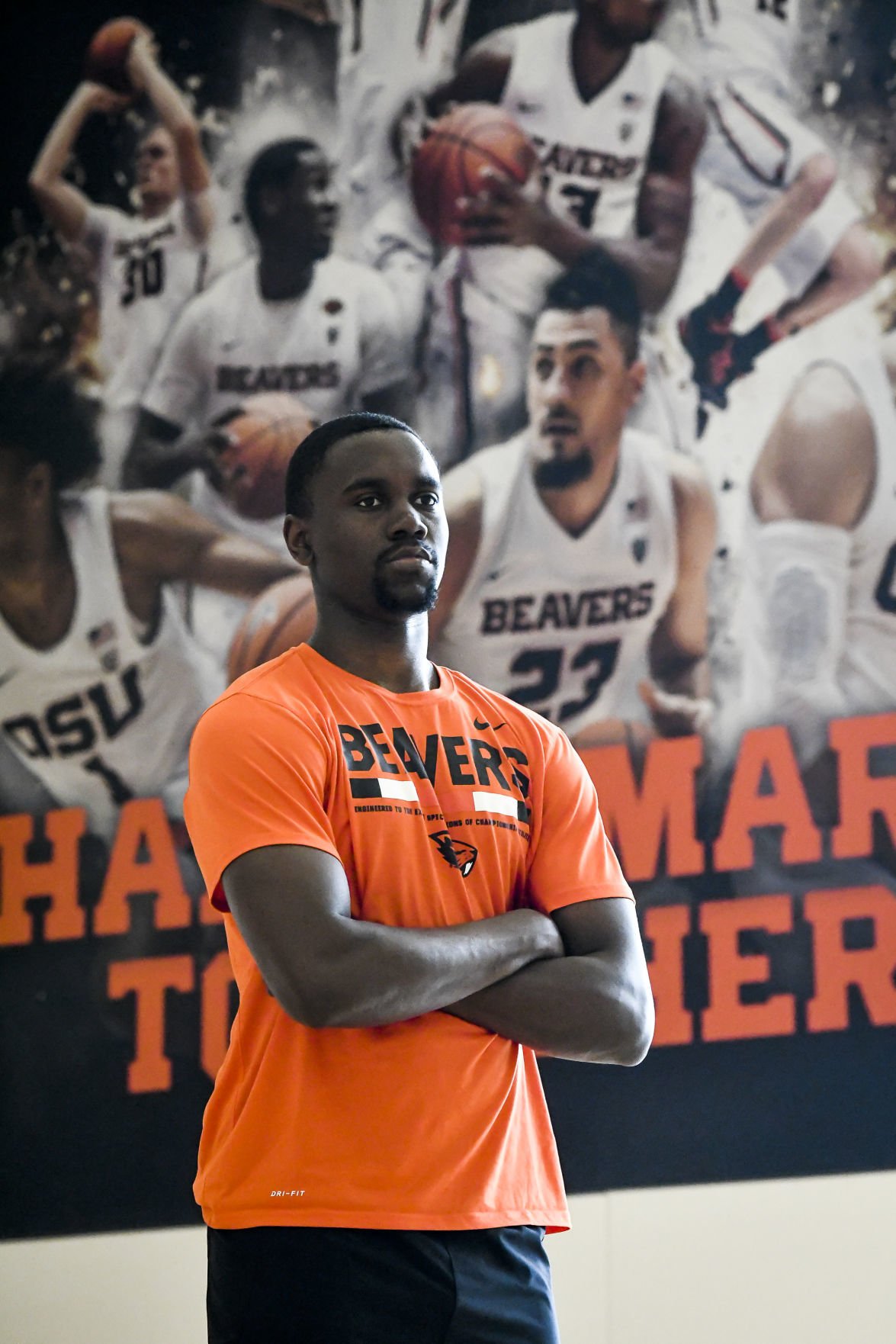 Dearon Tucker played at four different high schools but he sees Oregon State as a place he can stay and develop.

He found what he sought when he was a high school senior, and the 6-foot-10, 240-pound post player feels he’s discovered another good landing spot.

Oregon State wasn’t on Tucker’s radar until late this spring, but it’s where he believes he’s supposed to be.

“It felt like home,” he said. “It felt like somewhere I want to be the next four years. Be able to get better every day and hopefully make my dream come true.”

Getting accustomed to a new coaching staff, teammates and school is nothing new for Tucker, who played in four different uniforms as a prep standout.

The first three were worn in gyms in and around his native Dallas, Texas, and the fourth at Legacy Early College in Greensville, South Carolina, where a coaching connection helped him make a move that he felt was best for him and his development. He averaged 12.7 points and 8.8 rebounds while helping Legacy win a USA Prep national title in Myrtle Beach, South Carolina.

Tucker — whose first name is pronounced dee-aaron — chose the Beavers after narrowing to a list that also included Coastal Carolina, DePaul and Penn State.

Spending most of last year away from his family helped prepare him for what was ahead. Moving to Corvallis, another locale where he was again the new guy, wasn’t a hurdle at all.

“I always wanted to be away from home and go out and enjoy it, see the world,” Tucker said.

About a month since getting to campus, Tucker says he’s getting comfortable with his surroundings. The biggest difference in his transition so far have been practices, which he notes are more intense with a faster pace than he was used to the past few years.

“He’s learning a lot of stuff, a lot of moves, a lot of techniques,” Thompson said. “I feel like he’s willing to listen. Not only listen to the coaches but when we play open gym, to some of the older kids who have been here a minute. You talk to him and he’s willing to learn.”

Added Beavers coach Wayne Tinkle when Tucker signed: “He brings size, strength, toughness and physicality around the rim on both ends of the floor. He's a great kid who works very hard and has a bright future for Oregon State.”

Tucker describes himself as a back-to-the-basket type of big man who has been working for several years to extend his shooting range away from the basket. He can play the center or power forward positions, he adds.

His fellow first-year teammates say he’s a hard worker with a good skill set and someone set on improving his lateral movement.

“Good post player. He can shoot the midrange,” said freshman guard Gianni Hunt. “Give him the ball in the post, he can work out. On defense he’s a good defender, good feet, strong.”

By all accounts, Tucker isn’t afraid of putting in the time and effort to improve his body and his game.

As a high school senior, he put his mind to getting stronger and adding weight. He did that, putting on about 20 pounds.

“It was my idea. I had to push myself, even though the coaches were on me to get me in the gym and in the weight room,” Tucker said. “I had to tell myself it was a mindset to get myself in there and get better and play at the highest level.”

Jarod Lucas wanted a family atmosphere as he looked for the right fit in a college men’s basketball program, and he found it at Oregon State.

Oregon State men's basketball on Tuesday announced the signing of Roman Silva to a National Letter of Intent.

Marlon Stewart first recalls basketball being in his blood as a first-grader, throwing the ball around in the gym at Western Washington Univer…

Dearon Tucker played at four different high schools but he sees Oregon State as a place he can stay and develop.