Become a Member
Read Today's E-edition
Share This
OSU men's basketball: After a difficult year, Malone-Key finds hope in a new team
0 Comments
Share this
1 of 4 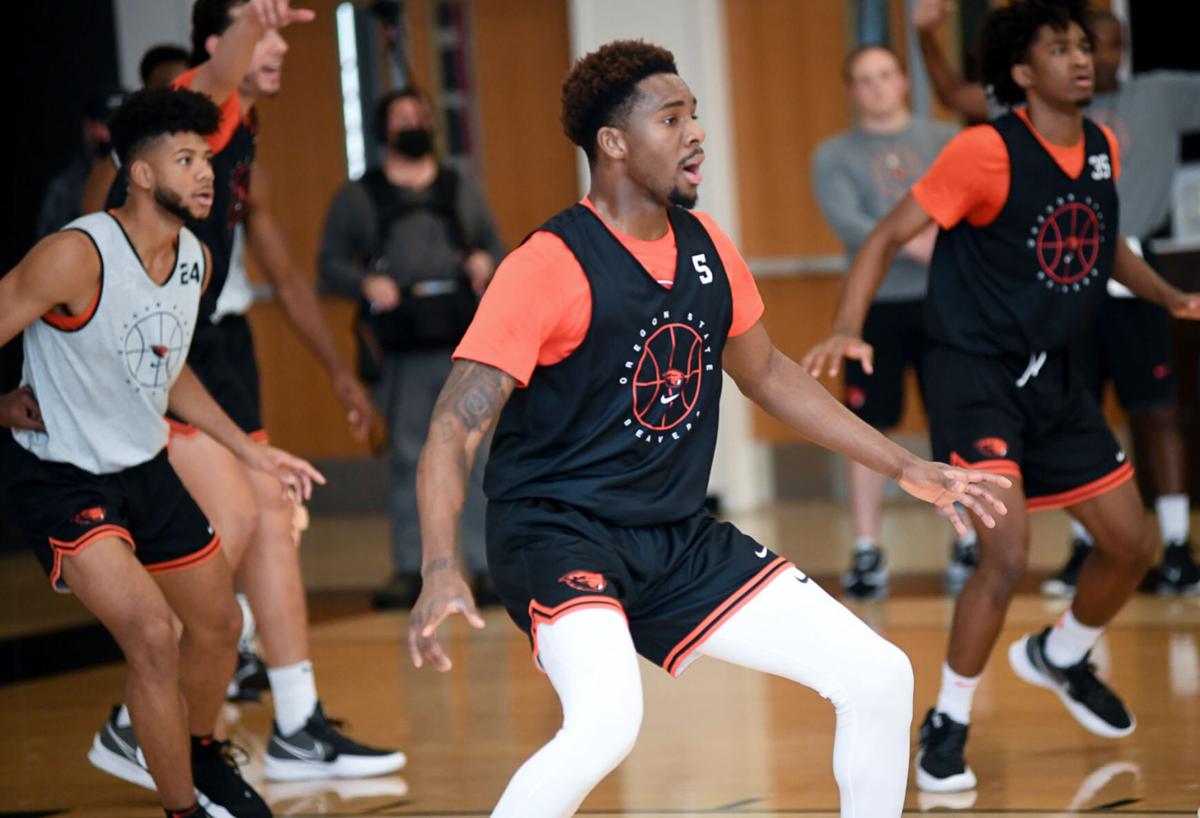 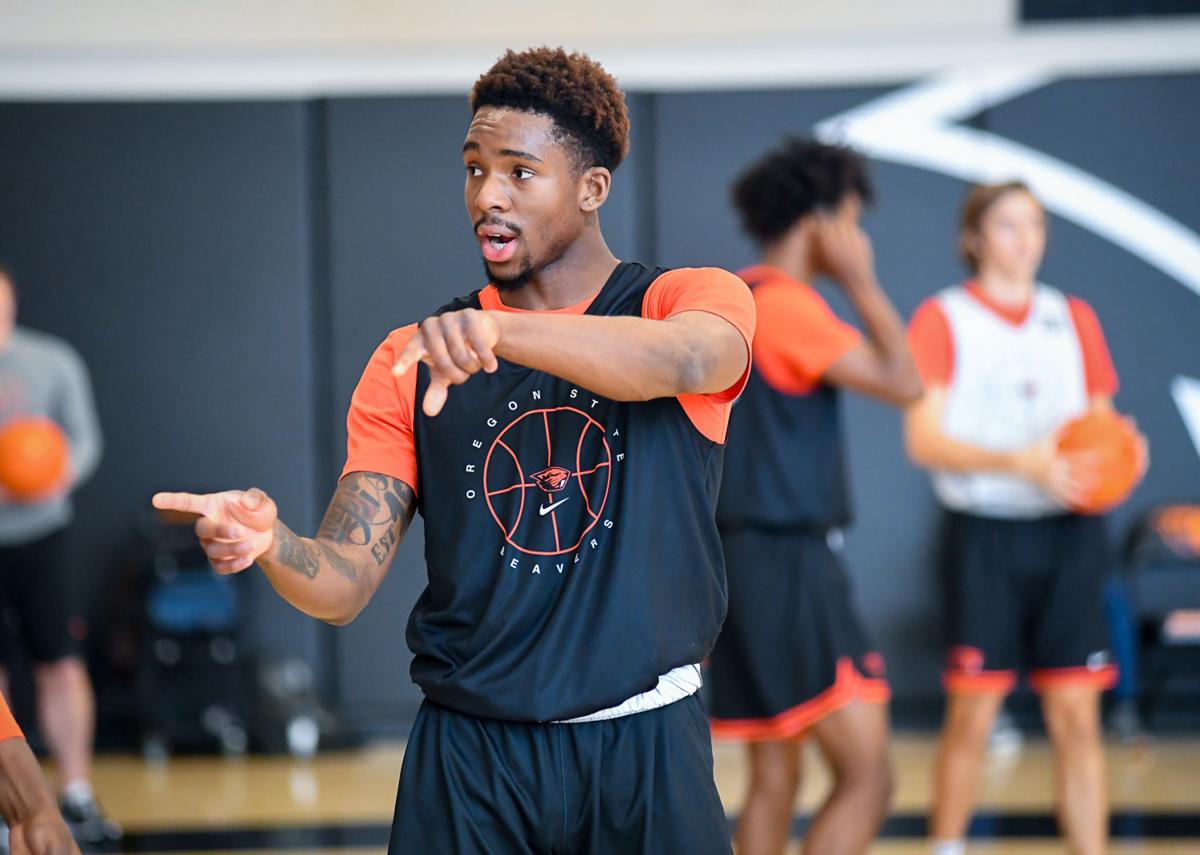 Xzavier Malone-Key, a graduate transfer, is learning a new system at Oregon State while being close to a full recovery from a hernia procedure. 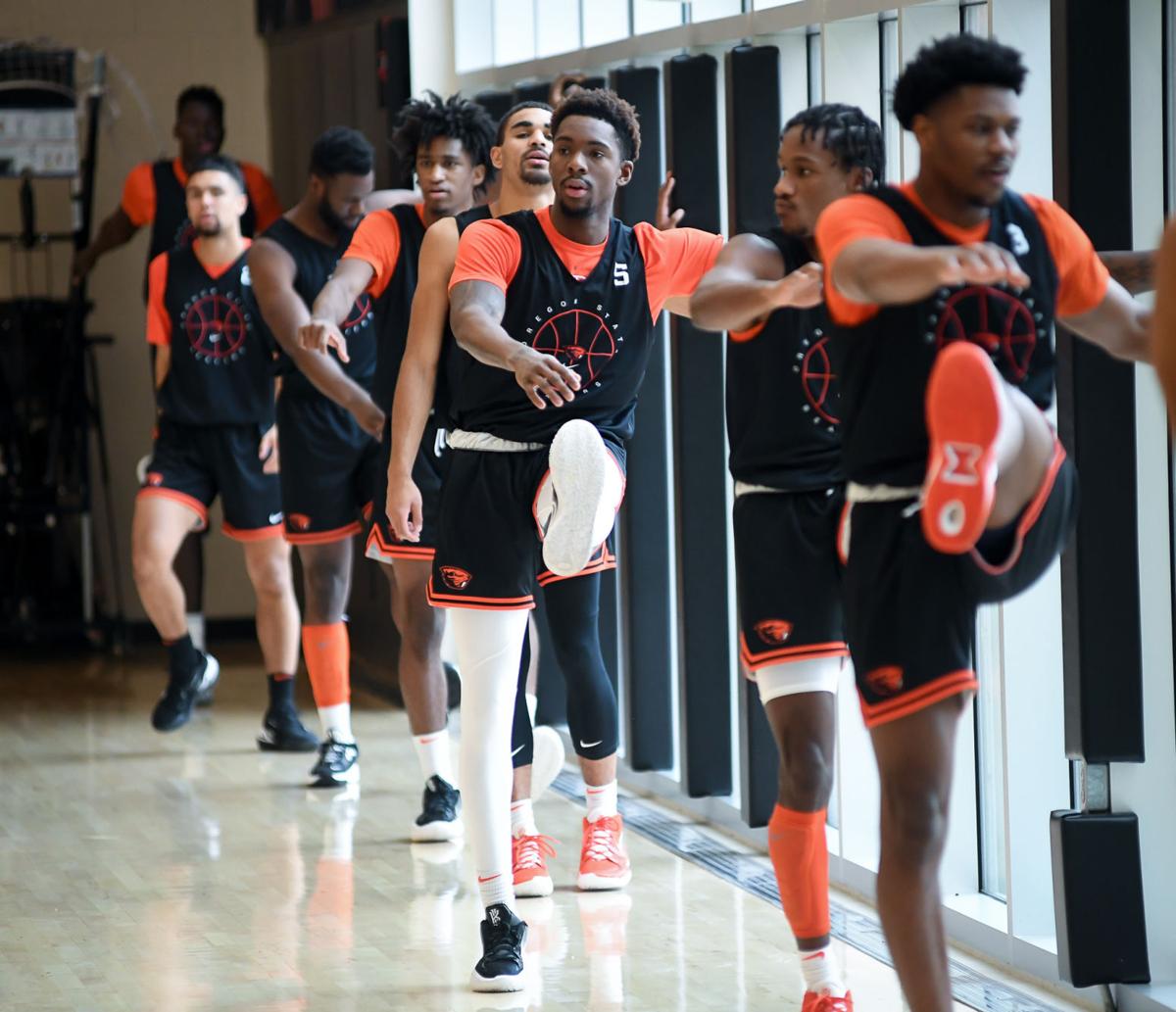 Xzavier Malone-Key (5) says he wants to be a leader and help Oregon State win games this season. 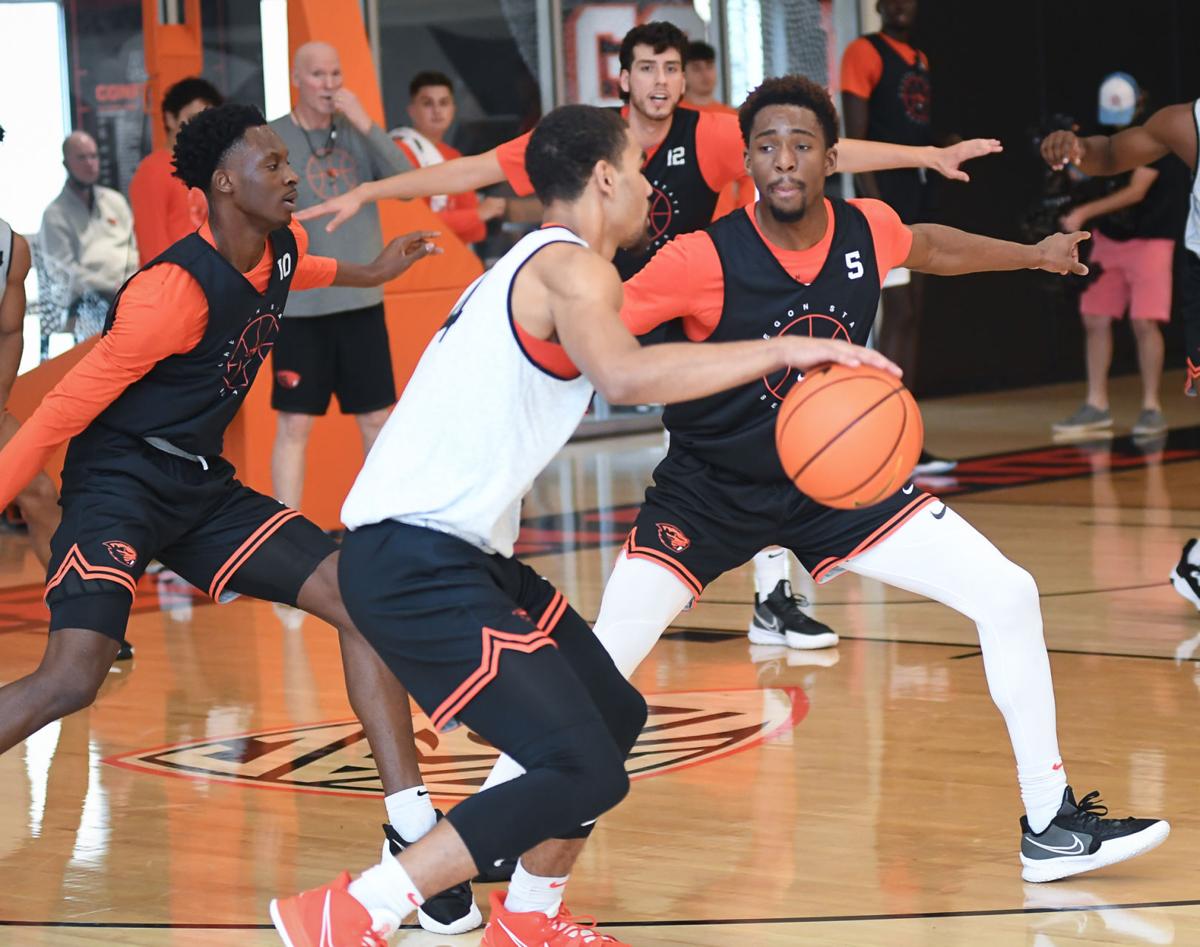 Xzavier Malone-Key (5) first realized he could be an NCAA Division I player in the summer before his freshman year of high school when he played alongside friend De'Andre Hunter, who now plays in the NBA.

It was the summer after his eighth-grade year that Xzavier Malone-Key began to realize he could have a future in basketball.

He played on an AAU team alongside good friend and fellow Philadelphia native De’Andre Hunter, who would go on to play in the NBA and is now in his fourth season in the league.

“That summer, just being around players of his talent, being with him every day in practice. Then going against the best players in the country. I’m like, ‘yeah, I think I’ve got a shot at doing this,’” Malone-Key said.

That led him to spend more time in the gym and work harder on his skills. “My dream became reality. Once I got it in my mind, like, ‘you can do this,’ that’s when the work followed,” he said.

After high school, Malone-Key spent a year at Rider University and three more at Fairleigh Dickinson before entering the NCAA transfer portal and choosing Oregon State in December 2020.

He decided to not play in the 2020-21 season after his mother, Lisa Key, became ill and was hospitalized.

“I felt like I could sit out a year due to the numbers I put up,” said Malone-Key, a 6-foot-4 guard who averaged 12.4 points while shooting 48.1% from the floor in the 2019-20 season at Fairleigh Dickinson. “You know, family comes first. She lives alone. She needed me, so I had to go home and help my mom.”

With all the uncertainty during the pandemic and his mother’s illness, not playing last year felt like the right move. Instead, he focused on doing what he could for his mom and getting his degree in communications, which he did all by computer.

He had plenty to fill his schedule, which included coaches from 10 to 15 schools contacting him after he entered the portal.

“It was a surreal moment, but it was a blessing at the same time,” Malone-Key said. “I was in such a tough situation at home, but there was still hope.”

Corvallis was a good place to continue his career, he said, because it’s 3,000 miles from home and provides an opportunity for isolation that will help him prepare for what he hopes is a career playing professionally.

He had hernia surgery earlier this year and has been back on the court for a few weeks. Malone-Key said he had a “great summer” that included therapy and gaining some weight. Beavers coach Wayne Tinkle said Monday was the first time he’s been able to go 100%.

“We’re excited about his potential. He’s an incredible athlete. We think he can be a real key to us defensively,” the coach said. “Offensively he can get places. He can rise about the (defense). What we need him to do offensively is just keep it simple. He wants to help right away, but he hasn’t been out here very often and he’s adjusting to a new system.”

So the immediate future will include a focus defensively, rebounding and helping move the ball offensively. Tinkle says the transfer is a good mid-range shooter who can get to the rim.

Malone-Key, who signed with the Beavers in July, says his skills also include leadership for a team that reached the NCAA Elite Eight last season.

“As an older player, a grad transfer, I think I can help lead these guys, hopefully lead this team back to where we were, if not further,” he said.

One of seven new scholarship players to the program, Malone-Key said he’s excited about his new team and is ready to get to work.

The season is just around the corner, as OSU hosts St. Martin’s in an exhibition on Nov. 4 then opens the regular season Nov. 9 at home against Portland State.

Malone-Key said chemistry is being created despite so many first-year players. He said the family environment will show on the court. The infusion of talent and new faces has created competitive situations in practice as players battle for their spot in the pecking order.

“But the main goal is to come together as a team. We know if we’re winning, everybody’s going to eat. It’s not a selfish mentality,” Malone-Key said. “Us new guys, the transfers, we want to come in and fit in and build on that momentum.”

OSU men's basketball: A late arriver to the sport, Ahmad Rand sees himself as a defender

Oregon State football’s depth in the defensive secondary was tested in a big way last Saturday against Utah.

OSU football: Noyer continues to be a leader despite reduced role

Sam Noyer went through what had to be a discouraging time at the beginning of the football season.

OSU football: 5 takeaways from the loss at Cal

Oregon State entered Saturday’s game at California with the opportunity to officially bring its bowl drought to an end. Instead, the Golden Be…

OSU football: Beavers quickly back to work after defeat

Win or lose in college football, there generally isn’t much time spent on what just happened on the playing field.

Xzavier Malone-Key, a graduate transfer, is learning a new system at Oregon State while being close to a full recovery from a hernia procedure.

Xzavier Malone-Key (5) says he wants to be a leader and help Oregon State win games this season.

Xzavier Malone-Key (5) first realized he could be an NCAA Division I player in the summer before his freshman year of high school when he played alongside friend De'Andre Hunter, who now plays in the NBA.