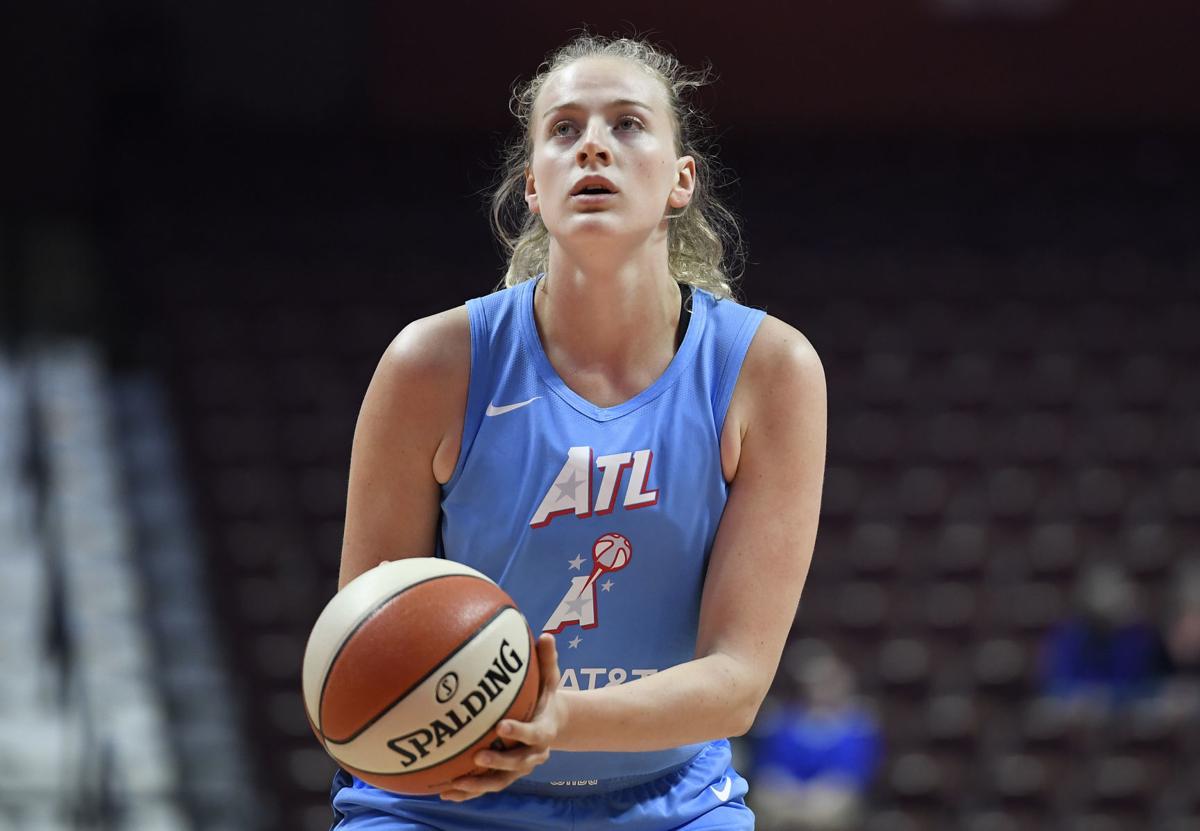 Marie Gülich, here with the Atlanta Dream, has been traded to the Los Angeles Sparks where she will reunite with former Oregon State teammate Sydney Wiese. 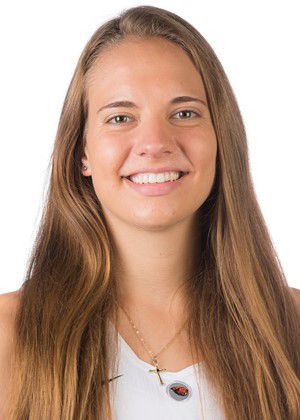 Marie Gülich  and Sydney Wiese played three years together in the Oregon State women's basketball program and will once again have the opportunity to be teammates in the WNBA.

The Atlanta Dream sent Gülich to the Los Angeles Sparks in a trade on Monday where she will join Wiese.

Gülich and Brittney Sykes are headed to L.A. for Kalani Brown.

“We’re excited to add two more talented players to our roster in Brittney Sykes and Marie Gülich,” Eric Holoman, a managing partner and governor of the Sparks, said. “Brittney is an athletic young guard who puts pressure on the defense, gets to the free-throw line and takes pride on the defensive end. Marie gives our frontcourt additional rim protection and rebounding.”

Gülich will be with her third team in three years as she was originally drafted 12th overall by the Phoenix Mercury in 2018 after a standout senior season with the Beavers where she averaged 17.5 points and 9.1 rebounds and led them to the Elite Eight.

The Mercury sent Gülich to the Dream during the draft in 2019. She averaged 3.3 points in 2.7 minutes a game last season.

Wiese will be entering her fourth season in Los Angeles. She had a bigger role last season as she played in 32 games and scored 4.8 points in 20.6 minutes per game.

Scott and Team Canada swept through their qualifying tournament in Ostend, Belgium with a 3-0 mark. But an 80-50 victory over Sweden on Saturday secured a top-three finish and a berth to the Tokyo Games.

Canada opened the qualifying tournament with a 61-56 victory over Belgium and closed with a 70-68 victory over Japan, which had already qualified as the host nation.

Ali Gibson and Puerto Rico are also Tokyo bound. It’s the first berth to the Olympics for Puerto Rico. France and Australia also qualified as three teams made it out of the four-team qualifying tournament in France.

Puerto Rico opened the tournament with a win over Brazil before falling to Australia and France. However, Brazil lost all three to place fourth.

The basketball portion of the Tokyo Games begins July 30.

When the 10 finalists for the Senior CLASS Award were announced last Wednesday, one name was shockingly absent from the list — Oregon State’s …

OSU women's basketball: Beavers head on the road for next four games

Oregon State’s women’s basketball loss to Arizona in overtime on Sunday was a tough pill to swallow for Beavers.

Marie Gülich, here with the Atlanta Dream, has been traded to the Los Angeles Sparks where she will reunite with former Oregon State teammate Sydney Wiese. 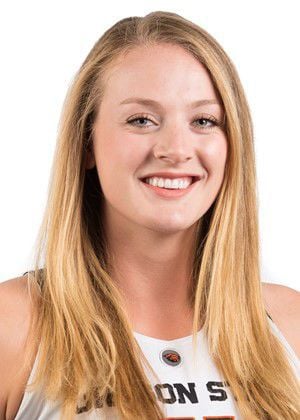