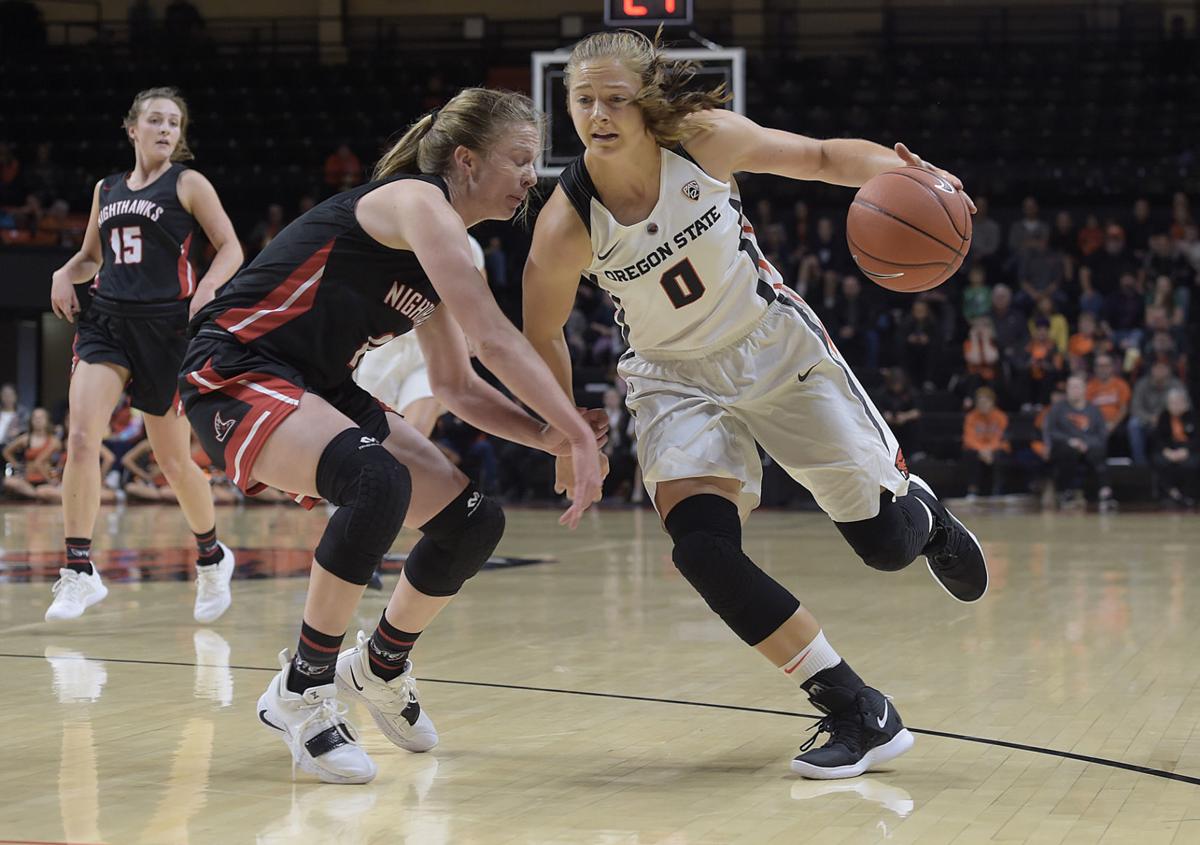 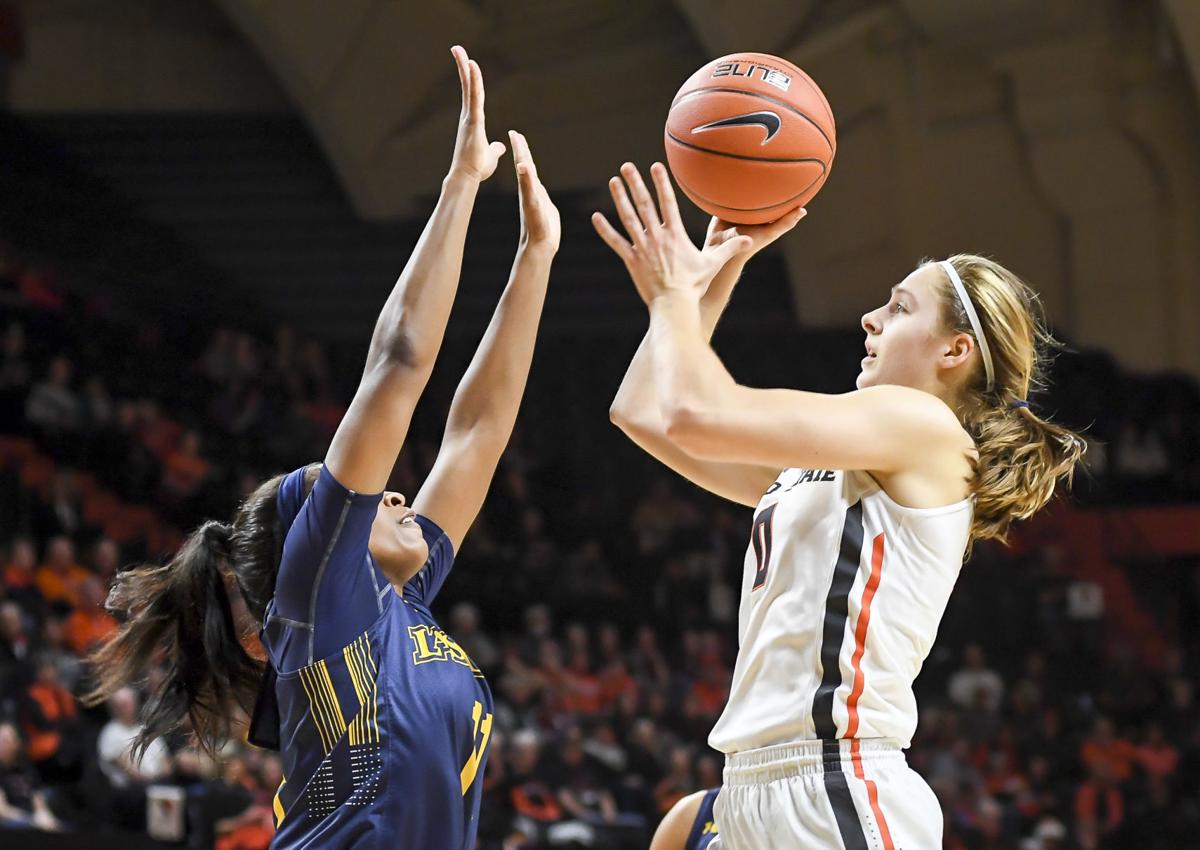 Mikayla Pivec is shooting 54.7 percent from the floor, making 41 of 75 field goals through the first seven games.

Mikayla Pivec dribbled down the left side of the lane, went under the basket and started to dribble back out toward the top of the key when she whipped a pass to Janessa Thropay.

The pass hit Thropay perfectly in the hands and she went up for the uncontested layup all in one motion.

On the next possession, Pivec grabbed a missed free throw with 8.2 seconds left in the quarter, darted up the court and went hard to the basket with her left hand.

Pivec missed the shot but drew a foul and went to the line with 2 seconds left.

Those two plays are a snapshot of what Pivec, a junior guard, has provided for the Beavers, who are back to No. 8 in The Associated Press poll.

The drive to the basket late in the third quarter Saturday was an example of one of the areas Pivec spent time focusing on this past summer — finishing with her left through contact.

Pivec has been a jack of all trades for the Beavers through the first seven games this season. She leads the team in minutes played (211) as well as rebounds per game (8.9). She has more offensive rebounds (18) and defensive rebounds (44) than any other teammate.

“This year I’m a lot more confident in my offensive game and I had really good role models that last few years in how to be aggressive offensively,” Pivec said. “I’m just trying to take what’s there. I know my teammates set me up for success a lot. Destiny creates so well that she takes so much attention away and we’re just trying to capitalize on whatever mismatches are present.”

While the offense and rebounding have been impressive, Pivec is also the leader in blocked shots (6) and steals (13). She has also committed just eight turnovers.

Of all the numbers, the most surprising mat be the rebounding figures. Then again, maybe not as Pivec, who is just 5-foot-9, played in the post during her high school career.

“On our team, the role of the 2 is to try to go after every offensive board you can,” Pivec said. “As a team, a lot of our posts do a really good job of boxing out so if their person maybe doesn’t get it then the ball will be there for me.”

Pivec, who was forced into playing the point guard position last season after four-year starter Sydney Wiese graduated and with Slocum forced to sit out after transferring from Maryland, said that experience has paid dividends.

“I think it really helped me be able to see the court a lot better than I had previously,” she said.

While the numbers may be a little more impressive this season, Pivec has always been a stat sheet stuffer for the Beavers.

“She has always been whatever this team needs her to be,” coach Scott Rueck said. “And at the same time she has been respectful of the leaders in front of her and has differed at times even though you know that she has been more than capable of rising into those moments when necessary.”

Rueck said Pivec worked hard throughout the offseason to prepare herself for a heavier load this season. In addition to working on finishing with her left through contact, Pivec said she also focused on shooting off the dribble and extending her three-point range.

So far the hard work has been paying off.

“I see her stepping up in huge ways for this team and being whatever we need and being this steady constant presence that gives everyone confidence,” Rueck said.

OSU women's basketball: Thropay getting chance to shine on court

When Santa Clara comes to Gill Coliseum for Sunday’s 2 p.m. nonconference women’s basketball battle with No. 8 Oregon State, the teams will be…

One of the biggest question marks entering the women’s basketball season for Oregon State was who would replace Marie Gulich in the post.

Mikayla Pivec is shooting 54.7 percent from the floor, making 41 of 75 field goals through the first seven games.