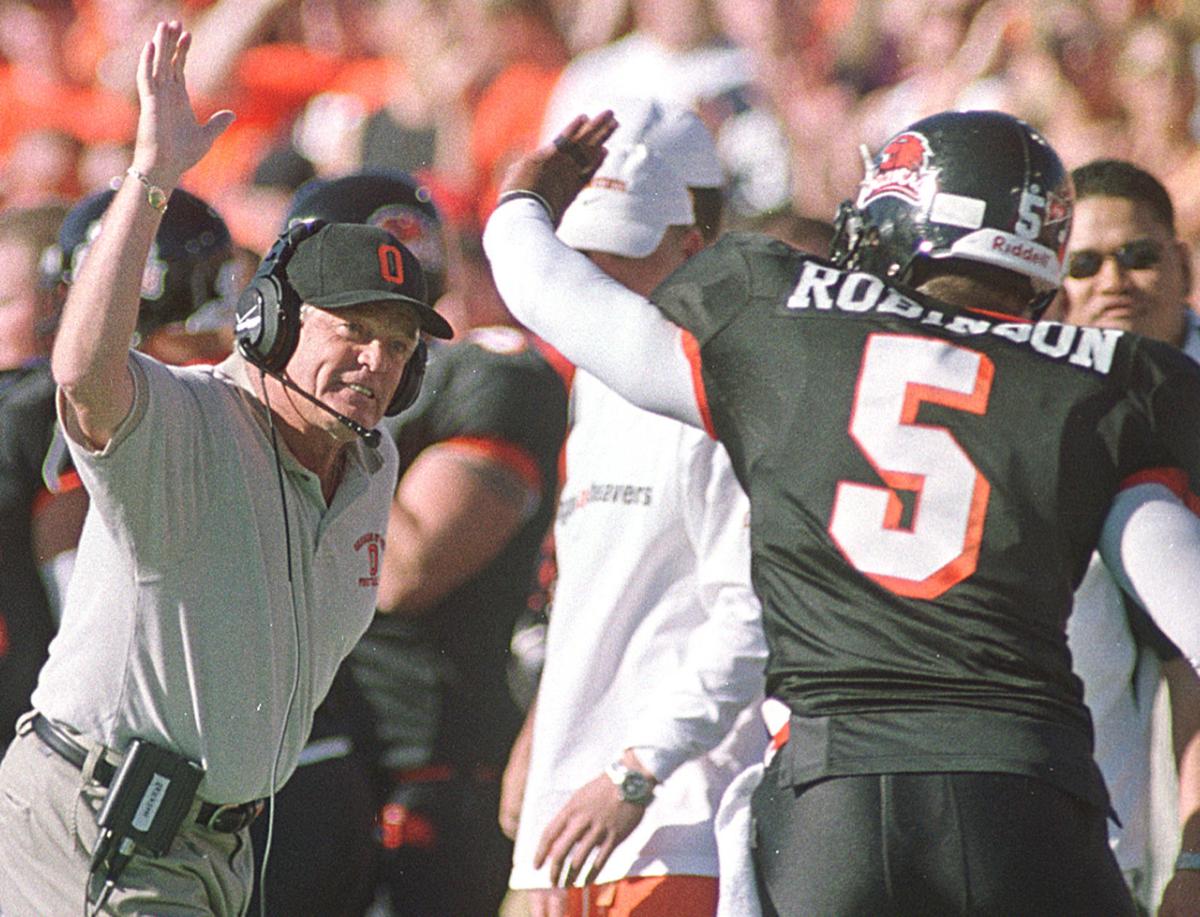 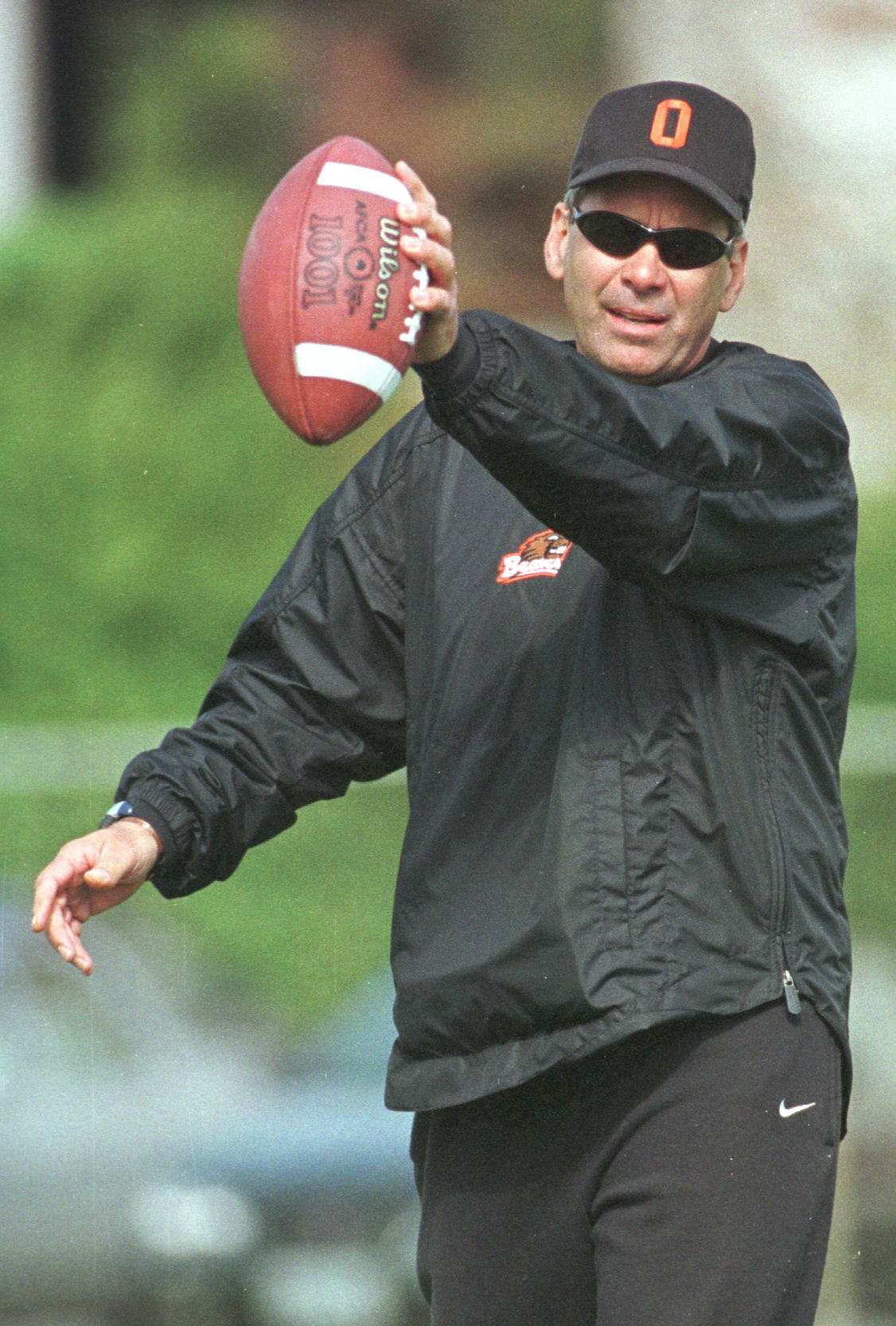 Oregon State defensive coordinator Craig Bray coached with Dennis Erickson at Idaho and stuck with him all the way to Corvallis. 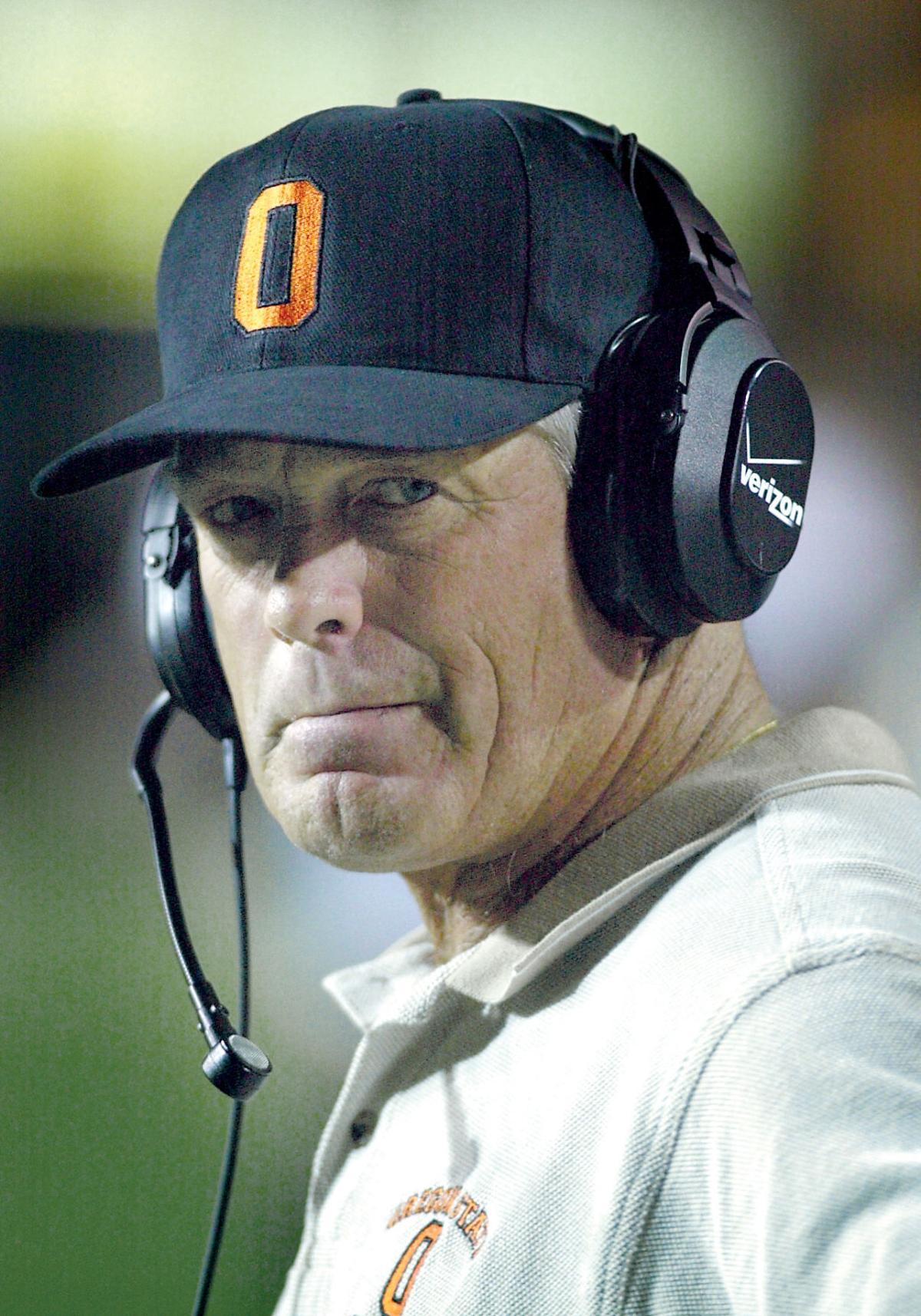 They've followed the Oregon State football coach from the rolling countryside of the Palouse to the sun and surf of south Florida to the misty gloom of the Pacific Northwest.

They've won national championships at Miami, endured controversy and firing in the National Football League and ended 28 years of futility with a winning season at Oregon State.

And they did it all together.

Turnover has been a rule of thumb for college coaching staffs through the years. Some assistants are lured by the bright lights of big-time football in the NFL, the greener grass of a head coaching job or simply the slower pace of a career outside of the sport.

Yet 18 years after he took his first head job at Idaho, Erickson is still surrounded by a core group of assistants. Offensive line coach Gregg Smith joined Erickson at his first job as a head coach at Idaho in 1982, as did offensive coordinator Tim Lappano. Running backs coach Dan Cozzetto was a holdover from the previous Vandal staff. Defensive coordinator Craig Bray arrived at Idaho in 1984.

Ron Davis, the Beavers' director of football operations, spent his second year as a graduate assistant under Erickson in 1987.

That's quite a few years to get acquainted.

Said Smith, who has been with Erickson for his entire career: "I think the biggest thing is we all know what Dennis wants. We all know what he expects and, in turn, he knows that what we give is going to be our best, hopefully. And do the things that he wants to get done. You can only develop that relationship when you've been with a guy (for years)."

It helps when the coach and his staff are accustomed to winning. Erickson has a 122-45-1 record as a college head coach and has had just one losing season (1987 at WSU). He has won two national titles at Miami and has gone to a bowl game every year since 1988, with the exception of the four seasons he spent with the Seattle Seahawks starting in 1995.

"We've won every place we've went, so we know what we need to get out of people," Erickson said. "We know what we want offensively and defensively and that makes a big difference. I trust those guys. So I don't have to worry about what's going on on the field or off the field or anything like that. I know that being the winners that they are that things are going to get done the right way, so it puts me in a real good comfort zone as far as a head coach is concerned. You trust people and you have success, it makes a big difference."

The coaches have all developed friendships from working together for so many years. The coaches and their families are frequently guests of the Ericksons for barbecues or dinners. Erickson and his assistants often get together for a few rounds of golf or a fishing trip during the offseason.

Lappano warns against taking Erickson lightly on the golf course despite his 12 handicap. He said the coach is just as tough whether he's swinging a golf club or calling a crucial play at the end of the USC game.

"There might be somebody better than him, but he might out-compete them and beat them because he's so darn competitive," Lappano said.

When football season is in full swing and the staff has a rare free moment, they meet for a beer or two and watch a game on TV. The game usually spurs an evening of shop talk, Smith said.

"We're always talking about different things that we could do, or we might be seeing somebody on TV, watching him run a play and say, `Jeez, that might look pretty good in our offense right there. It's a pretty good-looking play,' " Smith said.

The familiarity with each other saves quite a bit of time. Instead of wasting chunks of a day meeting with each other just to stay on the page, each coach already knows what the other is doing.

"It makes things so much easier when you're in the office working on game plans, working on practice plans," Smith said. "Actually, it gives you more time to coach your guys and to try to do the best thing because those are the guys that have to go out and play all the time."

Lappano said the staff is so close that a member feels like a part of a family instead of one cog in a football machine.

It's a feeling that comes in handy when the team is struggling and they begin to hear the boos from the stands and read newspaper columns questioning Erickson's play calling. Or calling for his firing.

"When you're in this business, there's got to be that type of family bond because when things are tough — and it's not always been good for us," Lappano said. "It wasn't that much fun in Seattle. When you're losing and you get fired, that's when you really got to hang together because the only people that believe in you are our little circle of people. When times get hard, we've got to look to each other because everybody else is second-guessing everything you're doing."

There are few family spats with this group, however. There are no arguments over what title goes in front of whose name or which coach is calling plays.

Any tiff that does develop fizzles out or is quickly dealt with by Erickson, who knows what to say and when to say it to each of his coaches.

"There's no egos," Lappano said. "We're beyond that. We're old veterans by now. We all work together really well and just really working for the man because he's the best in the business."

Most of the staff has stayed loyal to Erickson simply because they feel Erickson has been loyal to them.

Some he coached and then hired on in later years. In Smith's case, Erickson gave him a shot at coaching offensive linemen at Idaho even though his experience was limited to coaching high school football.

Lappano met Erickson for the first time when he was a junior at Gonzaga Prep in Spokane, Washington, and Idaho was recruiting him. Lappano joined the Vandals despite getting offers from several bigger schools.

"I felt that he believed in me and was loyal to me all the way through my career as a player and when he gave me an opportunity to coach and finish my degree at Idaho, I was obviously very elated to do that," Lappano said. "He's honest with you, you always know where you stand. When you're wrong, he'll correct you and make sure that you know that you're not doing it right, but when you do things right he'll tell you that. He'll tell you you're doing a good job, so he's a fair man to work for (and) you know where you sit with him.

"He's the best X and O passing game guy I've ever been around and ever worked for and I've worked for some good head coaches. He understands the game of football as well as anybody in the country."

Oregon State defensive coordinator Craig Bray coached with Dennis Erickson at Idaho and stuck with him all the way to Corvallis.