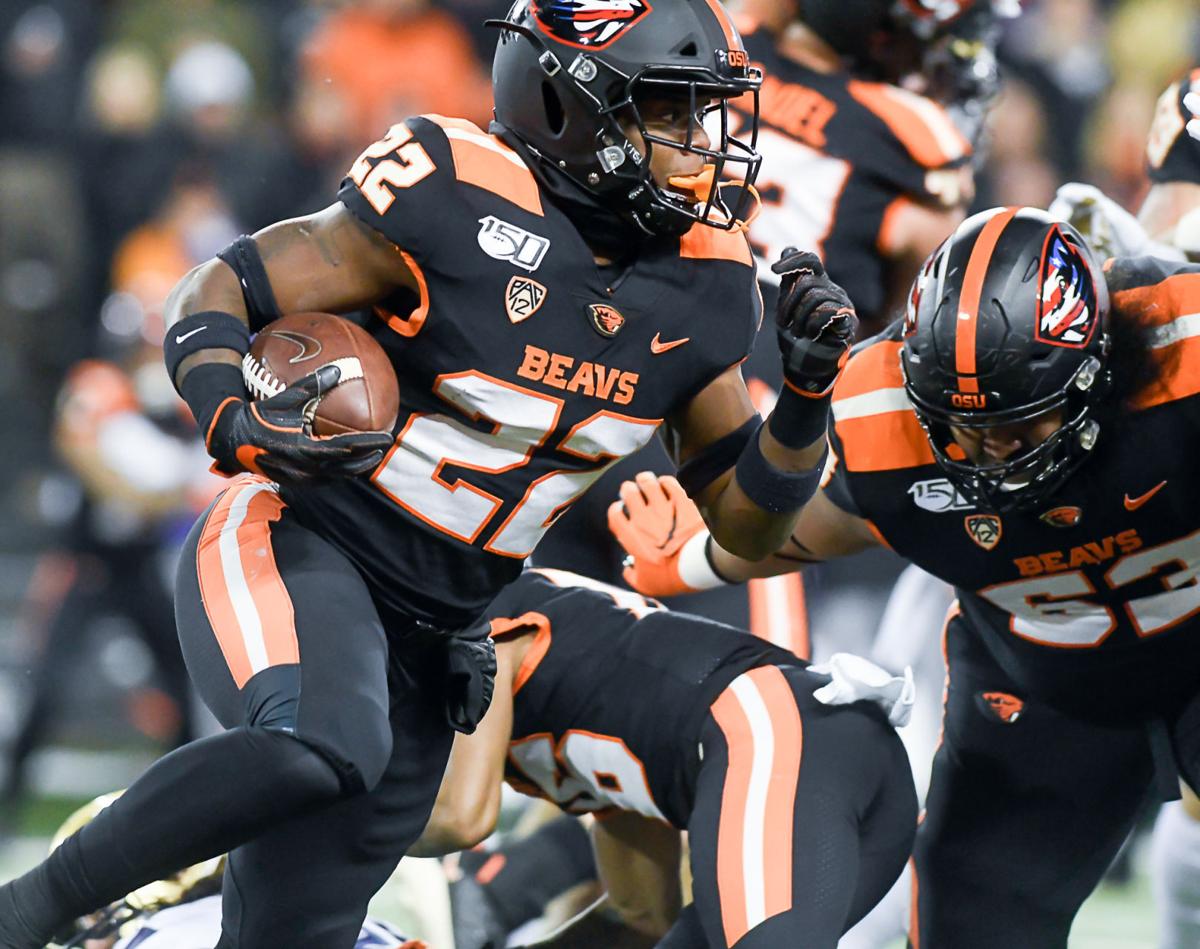 For the second year in a row, Oregon State running back Jermar Jefferson was selected to the preseason all-Pac-12 second team. He will be ready to go on Saturday against Washington State. 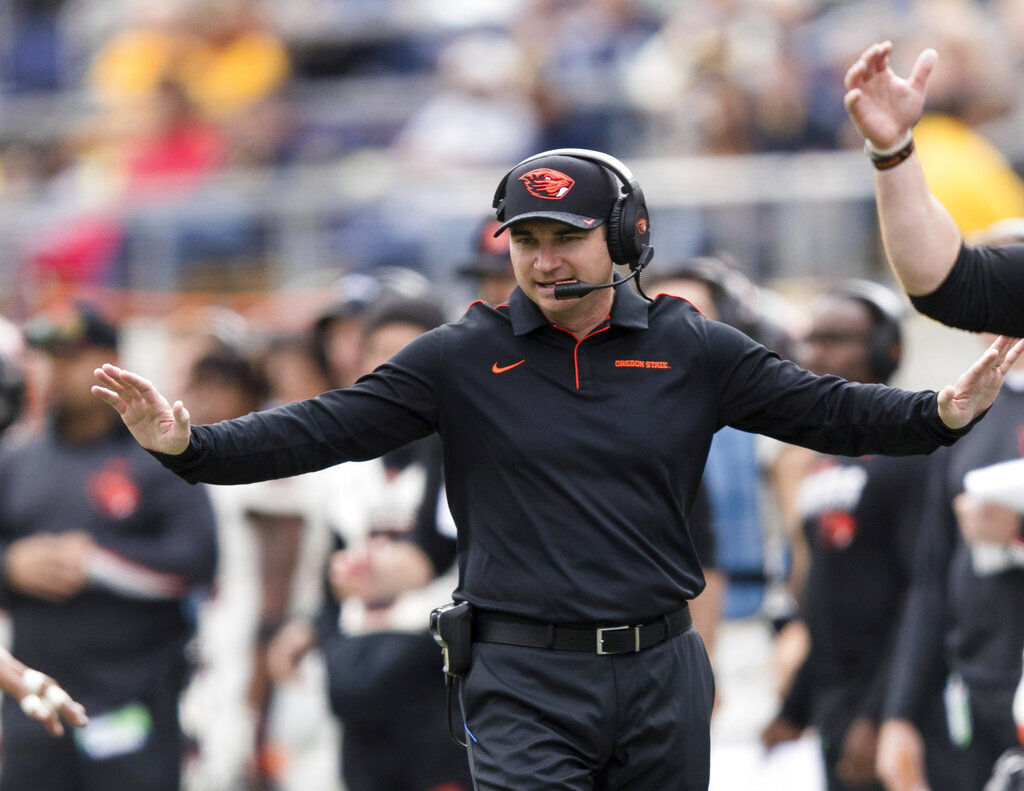 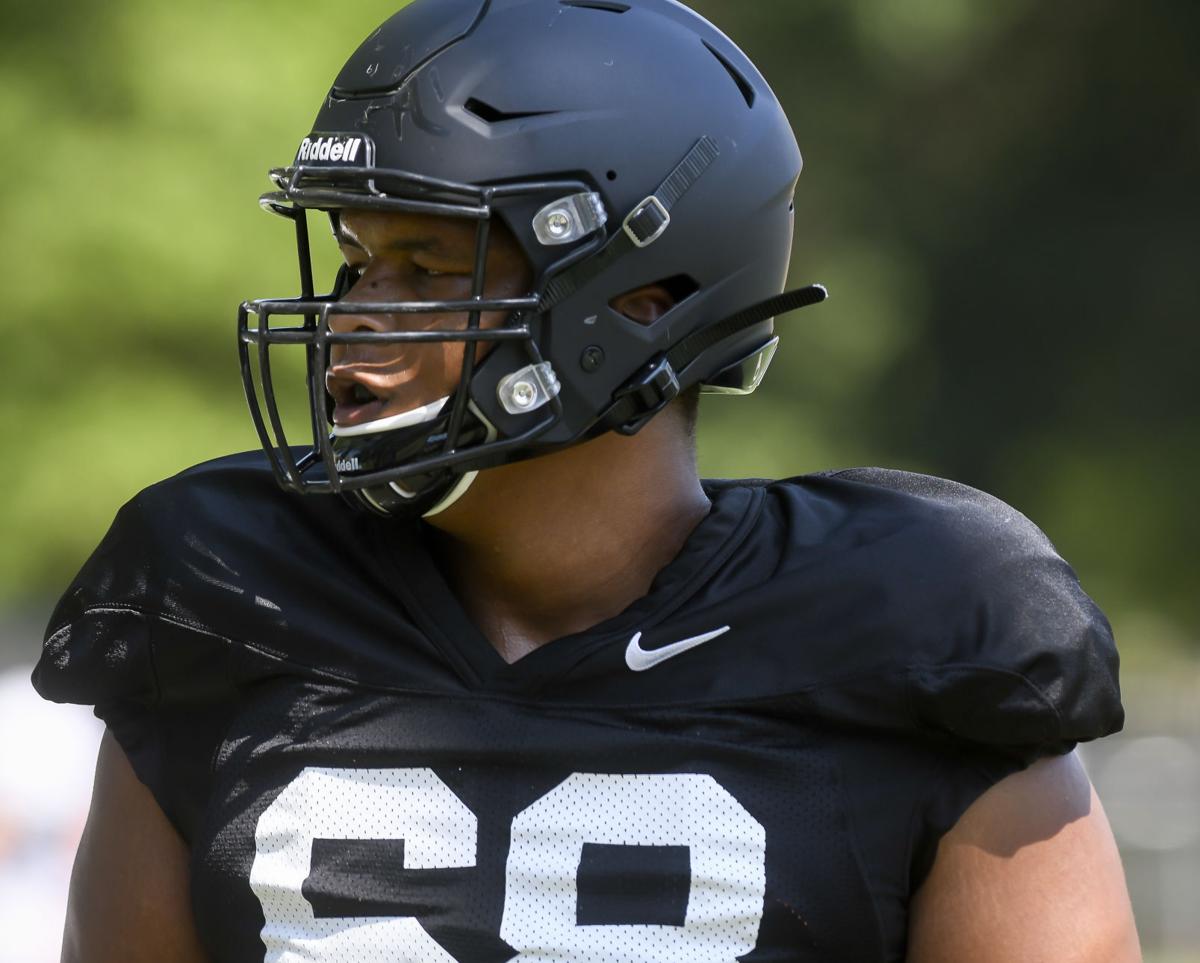 Brandon Kipper is Oregon State's most experienced returning offensive linemen and is part of a surprisingly healthy roster.

Making it through a college football fall camp with a roster that is almost entirely healthy would be noteworthy during a normal season.

Oregon State has managed to, for the most part, accomplish that on the eve of Saturday season-opener against Washington State. The Beavers have a few knocks, to be sure.

Starting linebacker Addison Gumbs will miss the game with a hamstring injury, and safety David Morris will be “available” this weekend, but could see his playing time limited due to a hamstring injury. Other than that, the Beavers are full go, according to coach Jonathan Smith.

To reach this point with the majority of its players available and healthy, the Beavers had to alter their training camp routine to adapt to an unconventional schedule. For nearly a month, Oregon State’s players have taken daily COVID-19 tests prior to practice and have not registered a single known positive result.

“No question, we feel fortunate and recognize that it can change quickly,” Smith said.

And, of course, the Beavers had to avoid the typical misfortune that can hinder a team during any season. By this point last year, Andrzej Hughes-Murray and Jeromy Reichner had already suffered season-ending injuries.

Oregon State has managed to avoid all of those pitfalls in the leadup to the season.

“We still had some (soft tissue injuries) but I believe our numbers are down compared to last fall camp,” Smith said. “Those kinds of adjustments we made, the tackling thing, you’re always working for the right recipe there. We feel good about where we’re at.”

One issue that Smith and his staff faced during camp was trying to figure out how often players should be tackling in comparison to what they would do during a typical preseason.

“It’s a fine line between doing too much and too little,” Smith said. “We did have, obviously, a couple of scrimmages where we live-tackled. I think we had three other practices where we had segments that were live. So we got a good amount that way. We did more than just the 11-on-11. We’re doing some individual drills that are dealing with tackling.

“We’ll see exactly where we’re at. But I do feel that we’ve given these guys a bunch of opportunities to tackle and at the same time we’re keeping them safe.”

Less than a half hour after Smith discussed his own team's health on a Zoom call with reporters Thursday, the Pac-12 saw how quickly things can change. The conference announced that Saturday's scheduled game between Washington and California has been canceled because Cal does not have the minimum number of healthy players available to play as a result of a COVID-19 case.

Under conference policy, the game will be ruled a no-contest.

“The health and safety of our student-student athletes and all those connected to Pac-12 football programs will continue to be our number one priority,” the Pac-12 said in a statement.

It was somewhat surprising when sophomore defensive back Jojo Forest was not listed on Oregon State’s two deep that was released earlier this week.

According to Smith, Forest has been “unavailable” for camp.

Forest is still listed on Oregon State’s roster, but it is unknown if he has opted out of the 2020 season. Oregon State will not announce when players opt out this season, and Forest has made no statement on his Twitter account regarding a decision.

Other players who are “unavailable” but are still listed on Oregon State’s roster are Onesimus Clarke, Jonathan Riley and Reichner.

RECORDS: Season opener for both teams

A handful of Oregon State players were selected to the preseason all-Pac-12 teams, which are voted on by reporters who cover the conference.

Oregon State unveiled its depth chart Monday in the lead up to this Saturday's season-opener with Washington State.

OSU football: After a season lost to injury, Hughes-Murray hopes to lead on the field this fall

Andrzej Hughes-Murray’s teammates think so highly of him that they voted him as a team captain in 2019, despite knowing that he would not play…

OSU football: 5 things to watch for as Beavers take on Washington State Saturday

Oregon State will begin its 2020 football season Saturday when it faces Washington State at 7:30 p.m. at Reser Stadium.

An attempt at normalcy under unusual circumstances

College football is different in 2020.

For the second year in a row, Oregon State running back Jermar Jefferson was selected to the preseason all-Pac-12 second team. He will be ready to go on Saturday against Washington State.

Brandon Kipper is Oregon State's most experienced returning offensive linemen and is part of a surprisingly healthy roster.