While Oregon State isn’t throwing in the towel on a football season that has produced just two wins with two games to go, the Beavers are focused on preparing for the future.

The Beavers (2-8) are allowing some younger players an opportunity to take the field to gain invaluable experience for the 2019 season.

“Just trying to get them a little taste of the action and give them some experience and let them see what it’s like,” offensive coordinator Brian Lindgren said.

The Beavers worked in true freshmen offensive lineman Jake Levengood and sophomore transfer Brandon Kipper at Stanford last Saturday, and both could see more action this Saturday at No. 17 Washington.

“Brandon has tremendous upside,” Lindgren said of Kipper, who also played at Colorado “I think it was a quality learning experience for him. That’s the way you learn and get better is to go out there and do it.”

Junior Blake Brandel said he expects big things out of his fellow linemates in the years to come.

“Those guys are the future of this O-line and they’re extremely hard workers,” Brandel said. “That’s one thing, if you ask any guy, those two are here, they put their nose to the grindstone, they’re here to work. It pays dividends when they go out there and perform well.

“Those guys want to be out there ... they want to be working hard. It makes me proud as an upperclassman guy. I feel like I’ve kind of shown them the reins but at the same time they came in with their lunch pail and they’re ready to work.”

Last week, true freshman receiver Jesiah Irish saw his first action since playing in the second and third games of the season. Irish had two punt returns for 15 yards against Nevada before adding two catches for 23 yards against Stanford.

“I have a couple friends on Stanford, so it was cool to make those first couple catches and make an impact on that last drive,” Irish said.

“I got the play call, saw the defense and before the snap I already knew it was coming my way,” he said. “It was pretty cool for me to get that first play.”

Irish said getting on the field is huge for his development.

“It kind of helps me for next year, kind of gives me that confidence going into next year that others don’t necessarily have,” he said.

When the NCAA changed its rule to allow football players who had not already used a redshirt season an opportunity to compete in up to any four games and not lose a year of eligibility, it meant coaches could test the water with true freshmen, especially.

If Irish plays in only one of the final two games, he will benefit from the new rule.

“Some of the guys that redshirted last year didn’t get this opportunity that I know they would have loved to have,” he said.

Obviously, Irish is a huge fan of the new rule.

“I get experience and playing time and I get to travel with the team and see what it’s like,” he said.

Both Levengood and Kipper can play in the last two games and not burn a redshirt season.

While Michael Alfieri used his redhsirt year and has played in six games this season, he did get an opportunity to get his feet wet at running back after making the change from receiver.

His first carry came on a fake flea-flicker.

“I was supposed to hold it a little longer, I got a little spooked and started running trying to get some positive yards for the team and try to help out any way that I can,” said Alfieri, who had four carries for 22 yards. “Got a nice little hole there so got something out of it.”

You can expect the Beavers to work in the younger guys over the last two games when the situation is right.

“Some guys are a little more ready and we have some specific packages for guys where they’re not necessarily going to be in there having to run the whole plan,” Lindgren said. “They can run a small package of things that they’ve repped during the week that we feel like they can go out and execute.

“We’re going to try to put our best guys out there that give us the best opportunity to win the game. But at the same point we want to get some of those young guys that we feel like have really big upside and have an opportunity to really help us down the line and get those guys a little taste of action these last couple games.”

Jonathan Smith has talked all season about wanting to see improvement in his players as individuals and as a group.

OSU football: Smith returns to Seattle to face his mentor

Jonathan Smith tried to downplay his return to Seattle this Saturday, a place he spent the previous four seasons as Washington’s offensive coo…

Oregon State’s women’s basketball program got to celebrate two of its favorite days at once on Wednesday, and the Beavers came out big winners…

There were times early last season when Aleah Goodman had a deer-in-the-headlights feeling when she took the court. 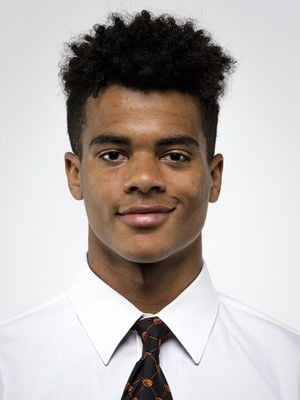 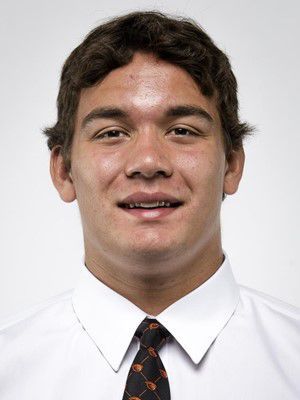 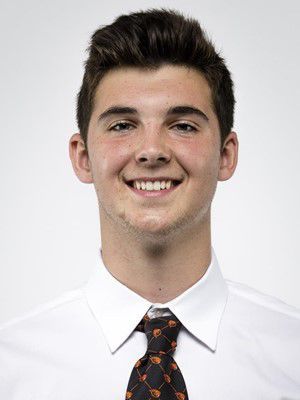