Become a Member
Read Today's E-edition
Share This
OSU football: Beavers looking forward to 'another opportunity'
0 Comments
Share this
1 of 2 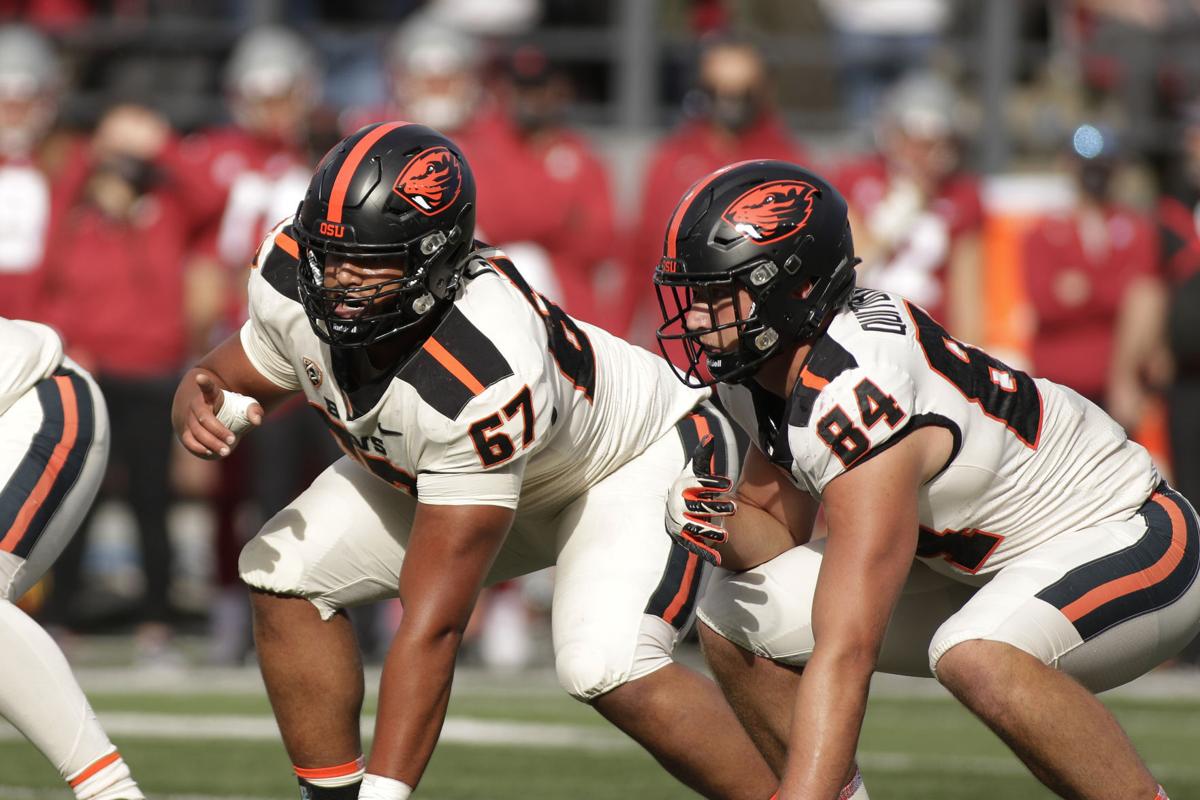 Oregon State offensive lineman Joshua Gray (67) and tight end Teagan Quitoriano line up against Washington State. Facing Utah on Saturday, the Beavers will try to bounce back from a loss to the Cougars. 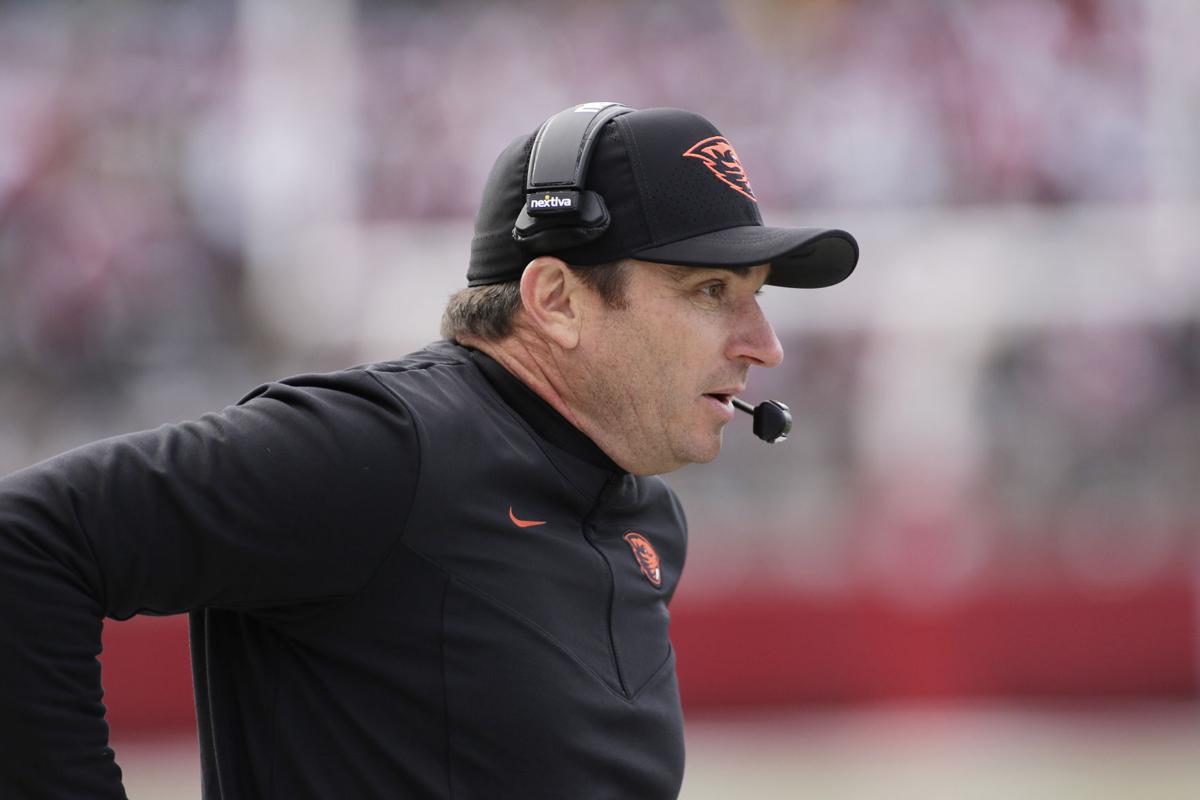 Oregon State head coach Jonathan Smith says Utah, the Beavers' opponent Saturday at Reser Stadium is physical and sound and doesn't give up "a lot of freebies."

The Beavers’ roster is filled with veterans, and that experience and maturity were put to the test as OSU went into its bye week with a 31-24 loss at Washington State on Oct. 9.

Smith said his team returned to practice last week understanding where it is halfway through the regular season heading into Saturday’s home game against Utah. The Beavers sit at 4-2 overall and 2-1 in Pac-12 play and still a lot to play for, including the program’s first bowl berth in eight years.

“We’ve got good leaders that wanted to get back to work,” the coach said. “I do think they were smart, too, in getting healthy. Had some bumps and bruises. Felt like this week of practice was solid. Some urgency to get back to game speed. You take a week off and not playing, we don’t want to ease into this one.”

Asked how his players channel their emotions after a disappointing defeat, Smith said that if it adds to their motivation going forward it’s a good thing.

“We take a look at it the day after and you’ve got to go learn, win, lose,” the coach said. “You’ve got to learn from game tape and these guys did that approach. You bounce back and know that you’ve got another opportunity and they’re looking forward to it.”

In Utah, the Beavers face a team that’s won three straight games. The Utes are coming off a 35-21 home win against Arizona State in which they outscored the visitors 28-0 in the second half.

It’s a Utah squad that’s been on an emotional roller coaster while dealing with tragedy.

After beating Washington State at home hours before Lowe’s death, the Utes went to USC and beat the Trojans on the road for the first time ever with a 42-26 victory before dispatching the Sun Devils last Saturday.

“What makes them good is they’re physical, they’re sound. You don’t get a lot of freebies. There’s not a lot of coverage busts here, a guy out of his gap here,” Smith said. “They’re just really, really solid. They’ve got some good players that run around and it’s an aggressive style that they know how to play really well.”

Saturday’s game matches the Pac-12’s top two rushing offenses in yards per carry. Smith said he sees similarities in the way both teams go about running the ball.

“They play with some tight ends. We do the same. They run some zone schemes that we run,” he said. “So there are some similarities that way, and they have been doing it at a good trek. They’ve got some good backs. They play more than one, similar to us. So it will be a good battle.”

Smith, in his fourth year as the Beavers’ head coach, spoke earlier in the week about Utah coach Kyle Whittingham and the identity he and his staff have developed with their team. Smith specifically mentioned that Whittingham, the Utes’ head coach since 2005, recruits a certain type of player into the program’s scheme, especially defensively.

Smith talked Thursday about his own program’s progress in creating an identity.

“We’ve got identities on both sides of the ball, what we want to do on special teams, the type of guy we’re trying to recruit here, that fits Corvallis and can play at a really high level,” he said. “That takes some time to establish, and obviously Kyle has been there longer and done it at a really high level and continues to do it.”

SILVERTON — A resilient West Albany High squad showed up again with the opponent in the lead.

Oregon State offensive lineman Joshua Gray (67) and tight end Teagan Quitoriano line up against Washington State. Facing Utah on Saturday, the Beavers will try to bounce back from a loss to the Cougars.

Oregon State head coach Jonathan Smith says Utah, the Beavers' opponent Saturday at Reser Stadium is physical and sound and doesn't give up "a lot of freebies."