NBA tipoff: Live news and scores as the NBA begins its 75th season

OSU football: Beavers not looking past Vandals
0 Comments
Share this
{{featured_button_text}}
1 of 2 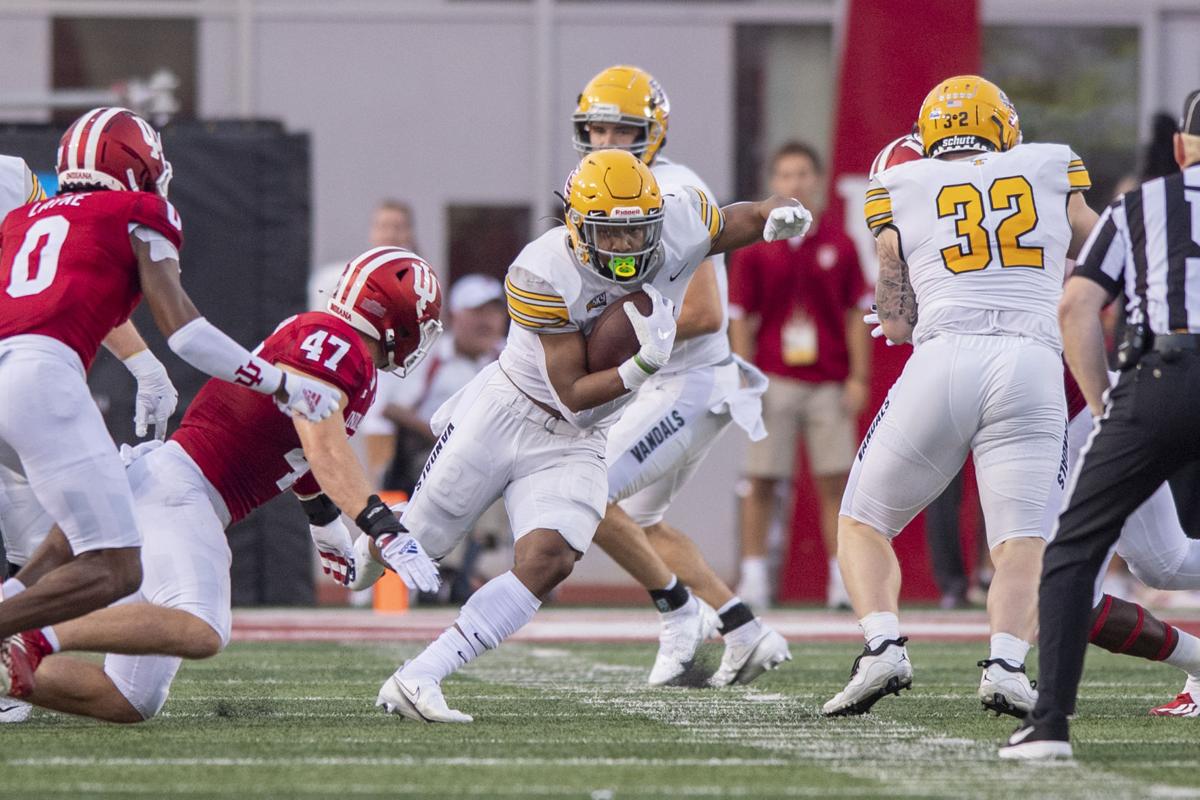 Idaho running back Roshaun Johnson (24) carries the ball against Indiana last week. The Vandals come to Reser Stadium on Saturday as a big underdog, but Oregon State says it won't take Idaho lightly. 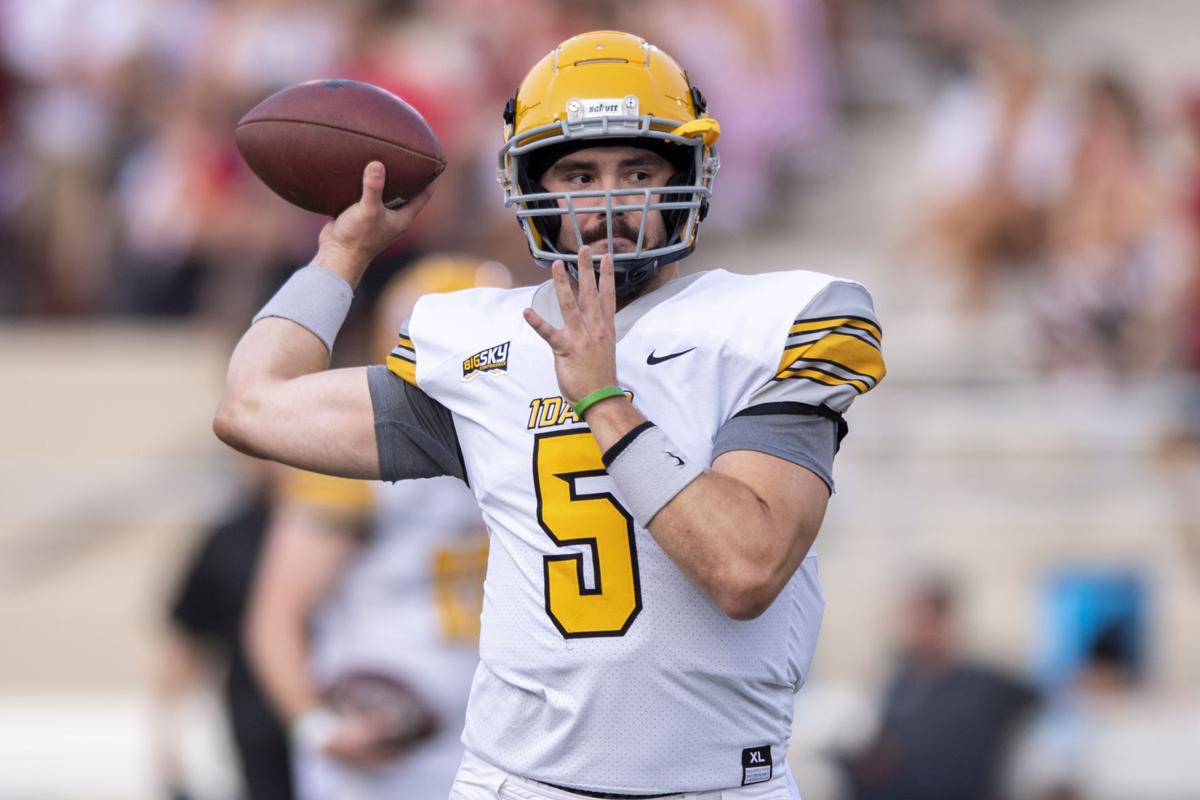 Beaver coaches and players who talked with the media this week say it won’t happen.

The Vandals (1-1), of the Football Championship Subdivision, will enter the game as a three-touchdown underdog following a 56-14 loss at Indiana last week.

Eight FCS teams have knocked off FBS teams this season, including Montana over Washington and Jacksonville State over Florida State.

“We’re preparing the same this week that we do every week. We’re going to treat Idaho like it’s the biggest game of the year because it is the biggest game of the year,” said Sharp, whose team improved to 1-1 after a 45-27 home win against Hawaii last Saturday. “The mentality is taking it day by day. This is the most important game and we’re going to do everything in our preparation to put us in position to win.”

As the first FBS program to voluntarily drop to FCS, Idaho moved from FBS the Sun Belt Conference to the Big Sky Conference to start the 2018 season. The Vandals, who opened this season with a 68-0 home win against NCAA Division II Simon Fraser, are 12-19 overall and 8-14 in conference play since the move.

The Vandals had their 2020 season postponed to last spring due to the pandemic. Idaho played a competitive schedule, going 2-4 with all games decided by 10 points or fewer. The Vandals got wins against Eastern Washington and Southern Utah.

Oregon State coach Jonathan Smith said he believes there is some benefit to having played in the spring.

“I think there’s something there,” he said. “I looked across the country the first two weeks and the programs that did play in the spring had some wins.”

Last week against Indiana, Idaho amassed just 261 yards of total offense but allowed only 338. The Hoosiers blocked two punts, returning one for a touchdown.

Vandals quarterback Mike Beaudry, a UConn transfer whom Smith describes as a strong passer with a big arm, had 196 yards passing and two touchdowns and was sacked twice. Wide receiver Hayden Hatten caught both of the scores among his 10 receptions for 94 yards.

Idaho has size on its defensive line with three players at more than 290 pounds on its two-deep depth chart. Linebacker Tre Walker had 16 tackles (including 11 solos) against Indiana.

Smith is no stranger to Idaho, having spent six years in Moscow as the Vandals’ quarterbacks coach. It was his first job after spending two years at Oregon State, his alma mater, as a graduate assistant under head coaches Dennis Erickson and Mike Riley.

Smith said he made great relationships with people he coached with there. His first child, son Robert, was born in Moscow while Smith was coaching there. The Smith family sometimes returns to the area in the summer to spend time with friends in the area.

During a press conference earlier in the week, Smith noted some of his favorite spots in Moscow: The Breakfast Club, “bite to eat, great eggs benedict,” and a bar called the Corner Club. “A great college town,” Smith said.

During one of Smith’s season at Idaho, in 2006, Erickson was the Vandals’ head coach. Erickson was Oregon State’s head coach during Smith’s final three years as a Beaver player.

“Good memories,” Smith said of their time together in Moscow. “Calling some plays and going back to roots when you were playing, some of the stuff offensively we were doing is stuff that I did.”

But the focus Saturday turns to getting a victory and making progress toward opening Pac-12 play next week at USC.

Oregon State defensive coordinator Tim Tibesar said the main focus in practice this week was on the Beavers, getting better and not letting up based on the opponent.

The players have been shown tape of the FCS wins against FBS teams this season.

“If you think you’re just going to show up with your logo and it’s going to win the game for you, you’ll be sadly mistaken,” Tibesar said. “And our guys, I don’t think they’ve taken that approach. So we’ve got a good week of practice and then we’ve got to go out and execute on game day.”

Smith echoed the belief that the Beavers aren’t overlooking Idaho. He says the Beavers are aware of what can and has taken place in college football.

It will be on the veterans and their leadership to keep the focus in the right place.

“I think those guys will have their eyes on our preparation this week,” Smith said earlier in the week. “I’m confident that we will prepare well this week, and we’re going to need to play well to win.”

Brandon Kipper muffles the outside noise when it comes to his football team’s performance.

Oregon State coach Jonathan Smith was impressed by what he saw from Chance Nolan after watching film of Saturday’s 45-27 home win against Hawaii.

OSU football: Beavers ramp up for Pac-12 play with shutout of Idaho

Oregon State didn’t give Idaho much chance to think about hanging around Saturday afternoon.

Avery Roberts and Omar Speights are relatively quiet leaders who let their play on the field do the talking.

If you’re an Oregon State wide receiver and you do something well, you’ll see the playing field.

Idaho running back Roshaun Johnson (24) carries the ball against Indiana last week. The Vandals come to Reser Stadium on Saturday as a big underdog, but Oregon State says it won't take Idaho lightly.