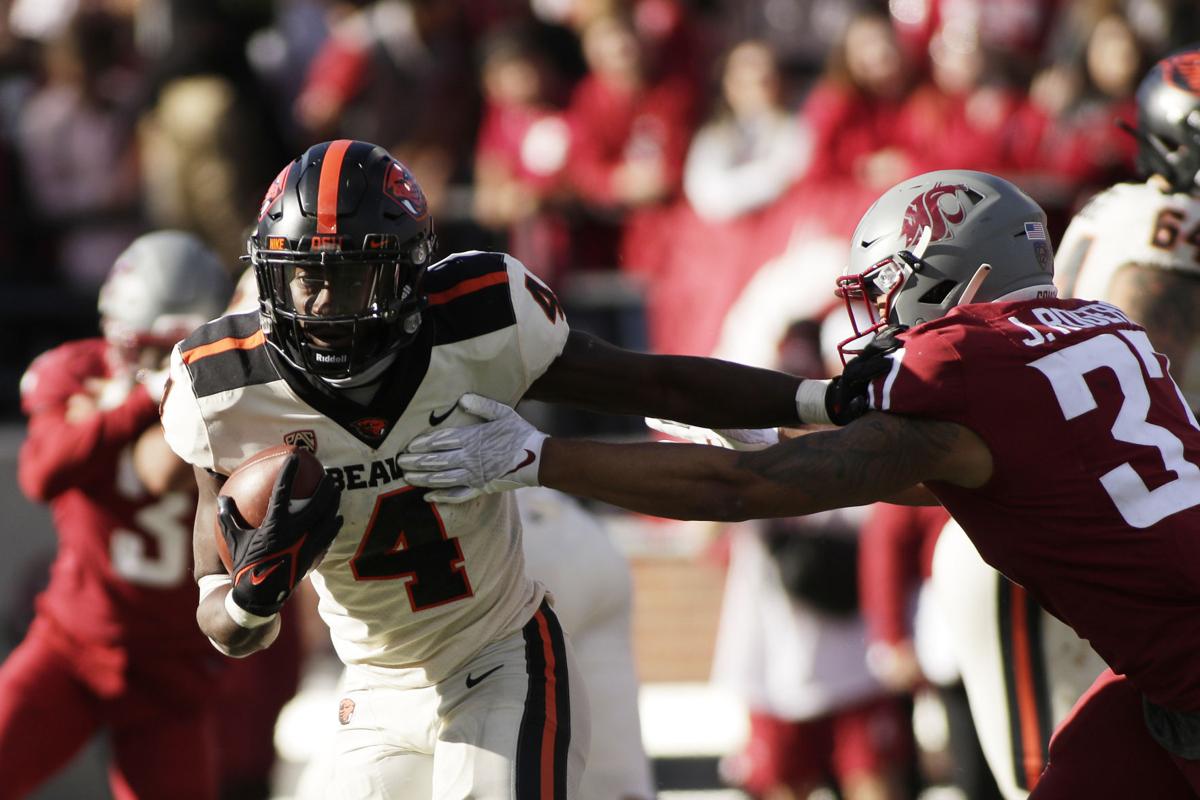 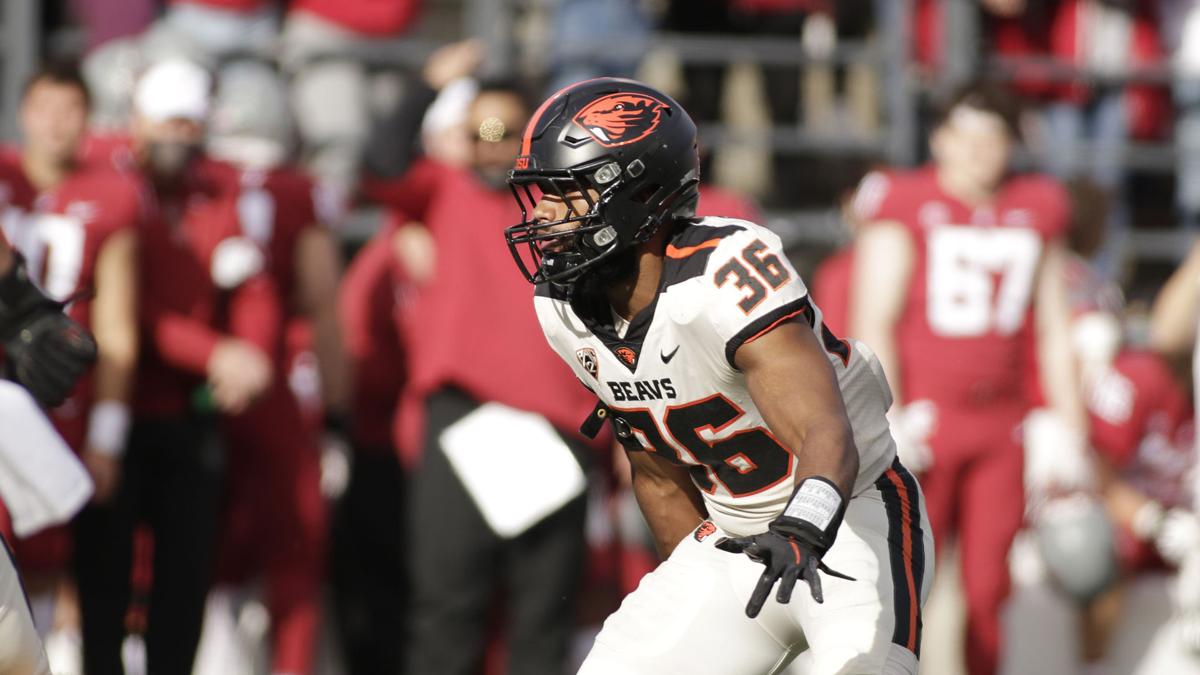 Oregon State linebacker Omar Speights is second on the team in tackles with 39 and has a team-best two interceptions. 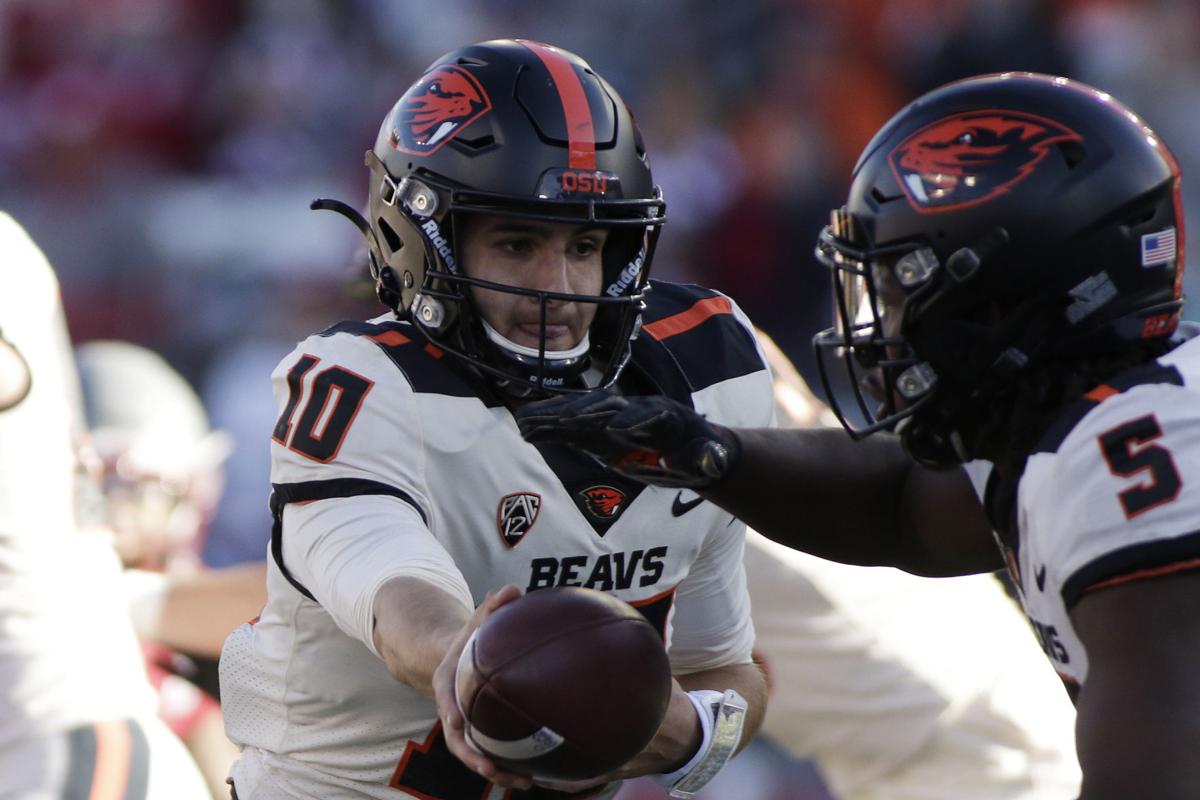 Oregon State has struggled in the passing game the past two contests with 206 combined passing yards. Quarterback Chance Nolan (10) is a combined 18 of 40 with no touchdowns and three interceptions in those two games.

The Beavers led 10-3 at halftime despite some missed opportunities. But a defense that had found a way to get key stops in recent weeks gave up 28 points in the final two quarters of a 31-24 defeat.

So OSU (4-2, 2-1) went to its bye week looking to regroup before beginning preparations for the second half of the season and the Oct. 23 home game against Utah. The Utes (3-2, 2-0) will be coming off an important contest on its schedule, hosting Arizona State (5-1, 3-0) this Saturday in a game that could help decide the Pac-12 South division winner.

The Beavers continued their dominant ways in the run game at Washington State, rushing for 309 yards (6.9 yards per carry), while Oregon State was able to generate just 158 yards passing as Chance Nolan was 11-of-25 passing with no touchdowns, two interceptions and was sacked once.

WSU quarterback Jayden de Laura threw for 399 yards, three touchdowns and was picked off once, by OSU’s Omar Speights near the Beavers’ goal line. The Beavers held the Cougars to 92 yards (3.8 per attempt) on the ground.

It was Oregon State’s eighth straight loss in the series.

“I told the team I think all of us, (offense, defense, special teams) contributed to this loss, but I think what sticks out to me is the fake punt call, you know to start the second half,” coach Jonathan Smith said. “We just anticipated a different look, thought it would be an awesome chance because our punter’s pretty good, but I’d take that one back.”

That fake punt, an incomplete pass by Luke Loecher on a snap from the 50, led to a Cougars touchdown that tied the game. The Beavers never led again.

Smith added that his team needs to find better balance and consistency throwing the ball. Oregon State has just 206 combined passing yards the past two games.

B.J. Baylor and Deshaun Fenwick both eclipsed 100 yards rushing. But neither touched the ball after the Beavers reached the WSU 28 with 1:29 left.

Despite the jarring setback, Fenwick said his team will respond.

“We got good guys, got good players, got good coaches, we’ll be fine. They just got us today. They made one more play today,” he said. “We were in the game the whole time, and I feel like we’ve got the best team in the Pac.”

Oregon State still has its goal of a conference championship within reach, but it won’t be easy in a competitive Pac-12. After Utah, the Beavers go to California and Colorado on consecutive weekends and host Stanford and No. 18 Arizona State in back-to-back November games before finishing the regular season at No. 9 Oregon on the Saturday after Thanksgiving.

The Pac-12 championship game is Dec. 3 in Las Vegas.

Statistics bare out that OSU is one of the conference’s top offensive teams.

After five straight games of 242 yards rushing or more (including two over 300), the Beavers lead the Pac-12 — and are 13th in the country — at 242.5 yards a game. Baylor is first individually at 113.0 (138.0 in three conference games) and tops in rushing touchdowns (and tied for fourth in the nation) with nine.

But the passing offense is 11th (199.8 yards). On the positive side, a veteran offensive line has allowed an average of just one sack per game, first in the conference.

Oregon State’s defense has been solid against the run, ranking second in the Pac-12 at 94 yards a contest while allowing an opponent to reach 100 yards just twice (Hawaii 108 and Washington 176, both on 35 attempts). The Beavers are also second in turnover margin at plus-0.8.

But the Beavers are struggling against the pass and having a hard time getting off the field on third downs.

Opponents are averaging 272.0 yards through the air (with four games of 313 or more), and Oregon State is allowing 47.9% on third downs, which ranks last in the conference.

OSU’s defense is first in interceptions at 10, led by Speights’ two, and tied for third with four fumble recoveries. The defense has 13 sacks, third in the Pac-12 at 2.17 per game.

The Beavers have strengths in certain areas and others to improve. The bye week, which for Oregon State came right in the middle of the regular season, allows time to rest, recover and get better.

“This group understands that it’s hard to win,” Smith said before the Washington State game. “That you’ve got to prepare well to win. This league, anybody can beat anybody. Hunted, hunting, all of that. It comes down to 60 minutes on Saturday, preparing to be the best you can and know it’s going to be a fight.”

The game clock at RedHawks Stadium read 8:05 in the fourth quarter Friday night when South Albany took possession at its own 28, having stoppe…

Oregon State’s defensive unit has had a lot of time to think about its performance in the second half of the loss at Washington State on Oct. 9.

Oregon State linebacker Omar Speights is second on the team in tackles with 39 and has a team-best two interceptions.

Oregon State has struggled in the passing game the past two contests with 206 combined passing yards. Quarterback Chance Nolan (10) is a combined 18 of 40 with no touchdowns and three interceptions in those two games.