Oregon State has produced a talented group of running backs over the last few years and will have a tough task on its hands as the Beavers look to replace Jermar Jefferson next season.

On Wednesday, the school announced it has identified the next coach to lead that effort.

“I’m excited to have AJ join the Oregon State family,” Smith said in a press release. “He’s a veteran coach with a great reputation for developing running backs through his previous stops at Rice, BYU and Arizona. He knows the Pac-12 well and is a great addition to our coaching staff.”

Steward, who spent his playing days as a receiver at Kansas in the mid-2000's, brings a wealth of coaching experience to Corvallis.

He spent last season in the same position at Arizona, and two seasons at BYU (2018-19). He began his coaching career at Rice from 2012-17, where he spent the last four years as running backs coach after serving as a graduate assistant the first two seasons.

In 2020, Steward worked under former Arizona coach Kevin Sumlin, who was fired in the midst of an 0-5 season.

A St. Louis native, Steward mentored running backs Darik Dillard and Jowan Davis at Rice. The duo combined for 4,226 yards and 36 touchdowns in their Owls careers.

“I’d like to thank coach Smith for this opportunity,” Steward said in a release. “Oregon State has an incredible tradition of running back success and I’m excited to be a part of that. I’m looking forward to getting to Corvallis to work with a talented group of running backs in an exciting offense led by coach (Brian) Lindgren.”

OSU baseball: With difficult recovery behind him, Mitchell Verburg is ready to return to Beavers' bullpen

After months of uncertainty surrounding the sport, high school football now has a clear path forward in Oregon.

Oregon State has hired A.J. Steward as its next running backs coach. 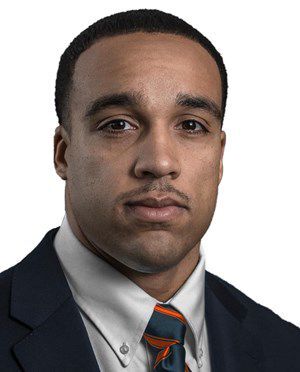