Waverly and Sunrise schools will reopen in Albany after COVID shutdown 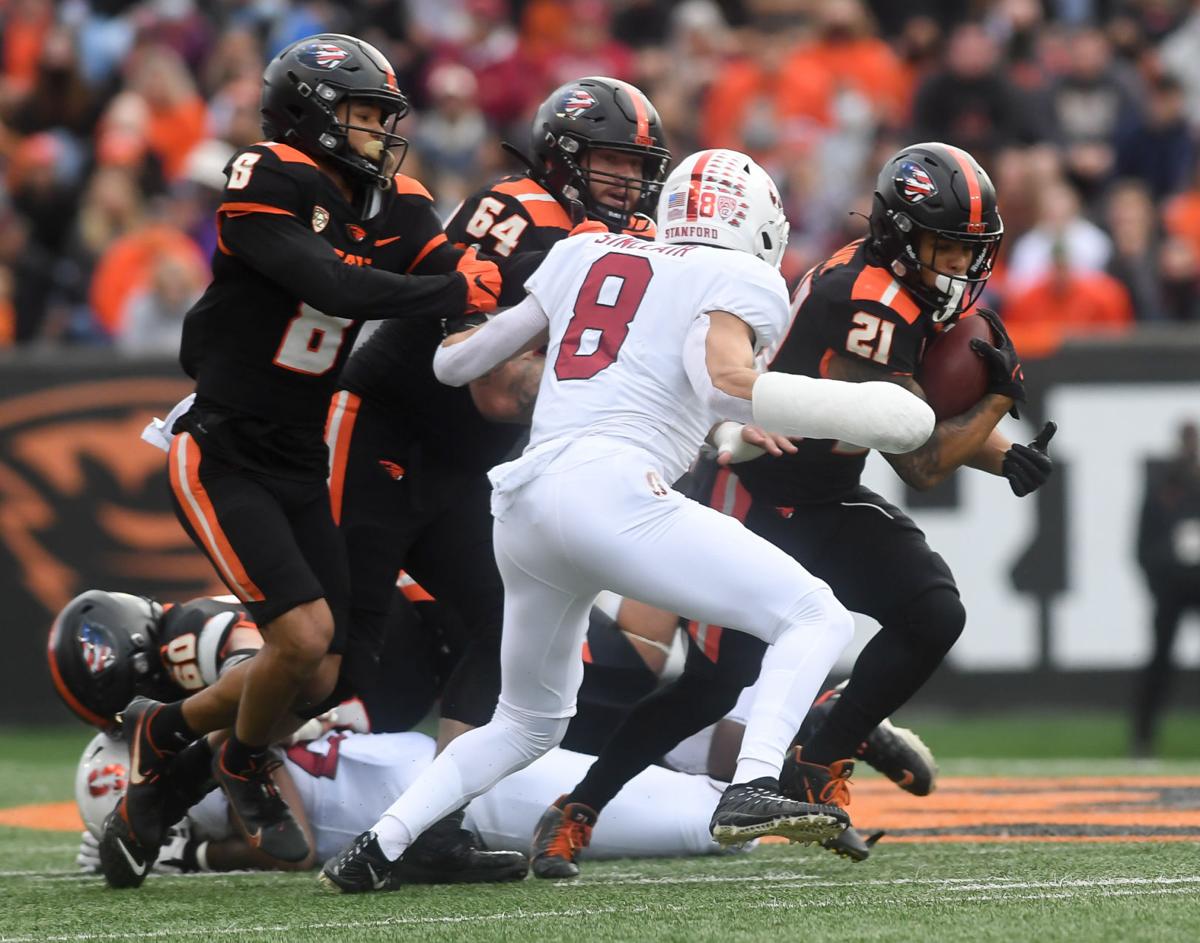 Oregon State lineman Nathan Eldridge (64) blocks for teammate Trey Lowe (21) against Stanford. The Beavers continue to lead the Pac-12 in rushing despite several injuries on the offensive line. 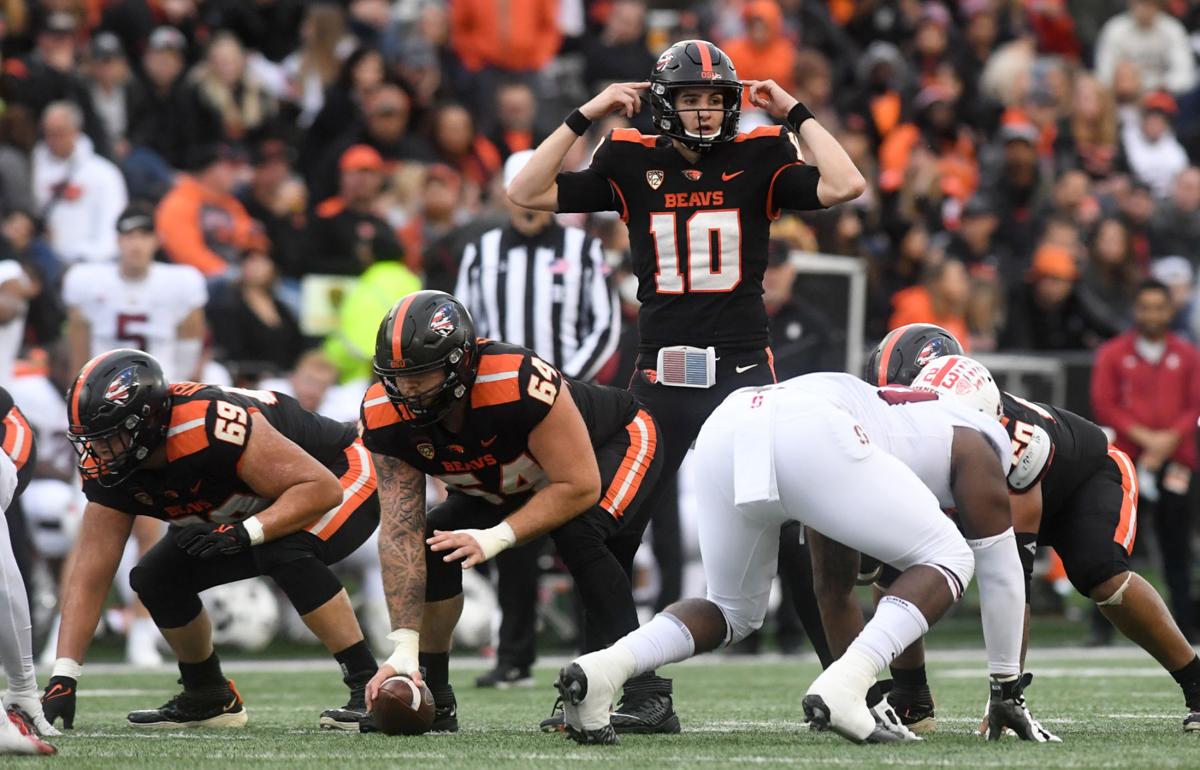 Achieving bowl eligibility by beating Stanford at home last Saturday brought a sense of relief in the Oregon State football program that the barrier had been cleared, allowing coaches and players to celebrate the accomplishment.

Everyone involved can say they were part of the group that helped the team reach that status for the first time in eight years.

“It’s a pretty special experience,” said senior center Nathan Eldridge, in his third year with the Beavers after transferring from Arizona. “When I first came in it was all those seniors in front of us talking about how this is such a losing program and we want to be better, we want to win. We’re here now, so it’s pretty surreal.”

Getting to a bowl was the first goal. Eldridge said the next is to just get better every day and that everything else will fall into place from there.

Few people in the entire OSU athletic department, let alone the football program, were around when the Beavers defeated Boise State in the Hawaii Bowl in Honolulu in the last postseason appearance.

“It was a big deal around here. The program hadn’t been to a bowl in quite a while,” offensive coordinator Brian Lindgren said. “I feel really good for the group of seniors who have been around here for a while. To be able to get to that point is pretty cool deal for everybody. Now it’s time to move forward, and we’ve got a good opportunity this week against a really good football team.”

The 35-14 win against Stanford was made possible by an all-around team effort, highlighted by a balanced offense.

The Beavers rushed for 218 yards and passed for 257, never letting the Cardinal defense get comfortable. Quarterback Chance Nolan showed some of the efficiency he displayed earlier in the season, going 19 of 25 with two touchdowns and no interceptions. His day included a 67-yard touchdown pass early in the third quarter that pushed OSU to a 21-0 lead.

The Beavers were able to get into manageable, low-yardage third downs with solid run plays that kept the Cardinal defense off balance. It also created 1-on-1 opportunities for OSU’s wide receivers.

The offensive line has dealt with injuries this season, with tackle Brandon Kipper and guard Jake Levengood missing time. But the line has continued to produce at a high level, allowing the team to lead the Pac-12 (and sit seventh among all Football Bowl Subdivision teams) at 228.7 rushing yards a game.

“I think we still have high expectations, higher that what we’ve performed at,” Eldridge said. “There’s been some things we need to clean up and things we need to get better at, but we’re working on it every day. We’ll come back this weekend and hopefully that turns up against ASU.”

Lindgren said he’s been impressed with younger players who have stepped into roles and played well.

Corvallis High alum Marco Brewer, a junior college transfer in his second year with the program, moved into the starting lineup against Stanford in place of Levengood.

“There’s been some growing pains at times, but pretty pleased overall with the results that we’re getting,” Lindgren said, noting that he likes the physicality of the group but that there’s work to do in pass protection.

Lindgren on Tuesday was announced as a nominee for the Broyles Award, given annually to the top college football assistant in the country.

He was one of 59 nominees. Fifteen semifinalists will be named at a later date, and that list will be pared to five before a winner is announced.

“I think it speaks a lot to the guys that we’re surrounded with and coach (Jonathan) Smith surrounds himself on the offensive side of the ball,” Lindgren said. “I’m fortunate to work with some awesome coaches.”

OSU football: Defense got the job done versus Stanford

Oregon State wasn’t facing one of the most imposing offenses that Pac-12 football has to offer last Saturday, but the Beavers accomplished a g…

Tulsa’s one extended offensive run was too much for Oregon State to overcome.

Stanford has a quarterback carousel that seems to have possibly stopped on a true freshman entering Saturday’s Pac-12 football game at Oregon State.

For the first time in four weeks, Oregon State heads into a football game with an opponent that has legitimate chances of participating in a m…

Oregon State lineman Nathan Eldridge (64) blocks for teammate Trey Lowe (21) against Stanford. The Beavers continue to lead the Pac-12 in rushing despite several injuries on the offensive line.