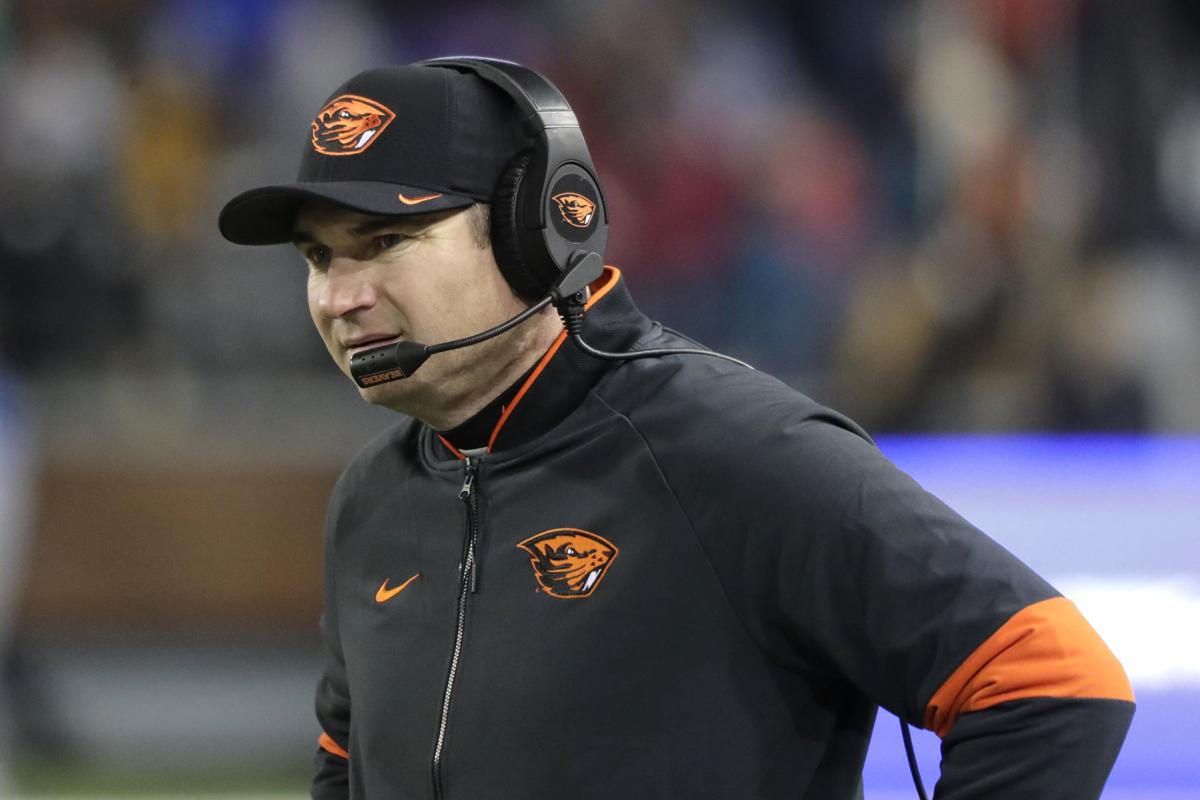 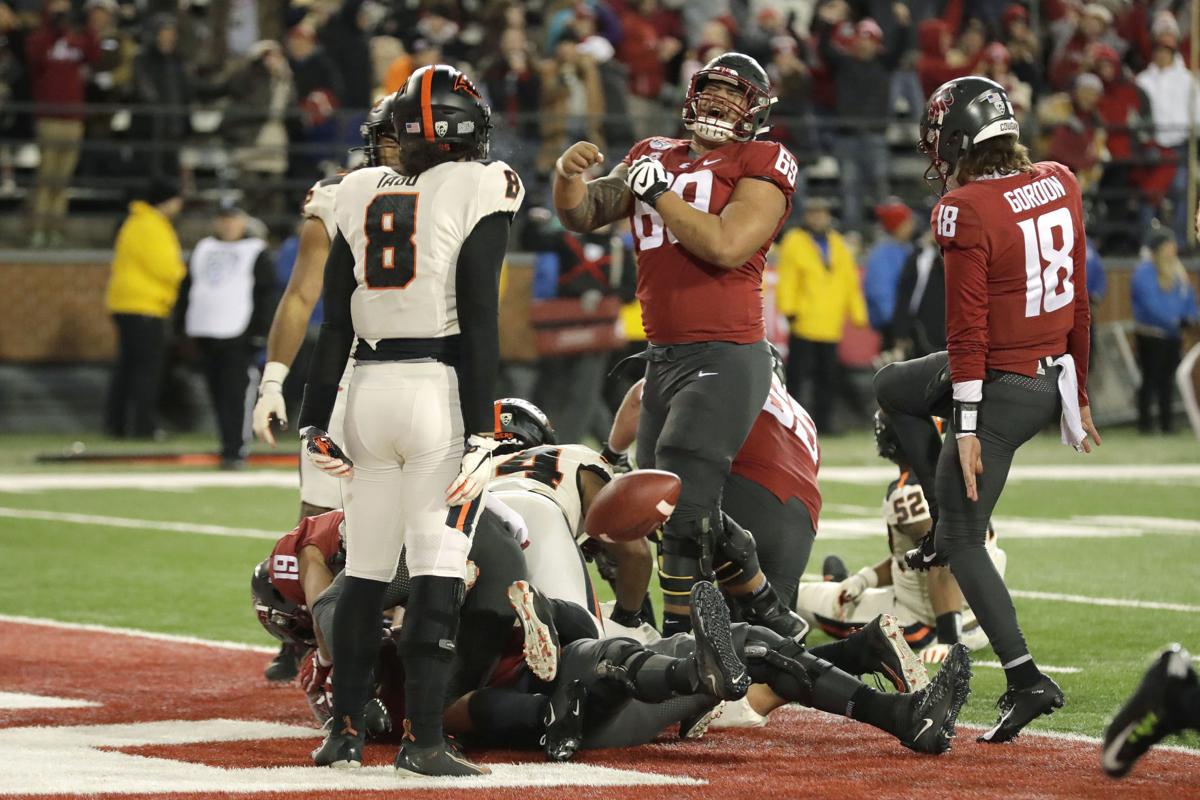 Jonathan Smith has proven over the first 23 games of his head coaching career that he will play to win and won’t shy away from taking a gamble to do just that.

So there he was late Saturday night inside Martin Stadium facing a fourth-and-4 at the Washington State 43 with 1:14 left on the clock.

Should he punt the ball back to a Washington State offense that had already racked up just shy of 600 yards?

Or should he trust his offense that was sitting at 601 yards, knowing that if the Beavers picked up those four yards they would be able to run out the clock and clench their first bowl berth since 2013?

After taking a timeout, Smith opted to keep his offense on the field.

A similar decision worked a week ago thanks to a pass interference call on Arizona State that allowed the Beavers to run out the clock and preserve a 35-34 win.

It was not, however, meant to be on Saturday as Jake Luton overthrew tight end Teagan Quitoriano giving the Cougars the ball with 70 seconds left and only 57 yards to go for the game-winning touchdown.

It went from bad to worse as the Cougars marched down the field and scored with one second left on a 2-yard run by Max Borghi to pull out a 54-53 victory that sent the Beavers back to Corvallis still in need of a victory to go bowling.

“It was a fabulous game, and these guys played their hearts out,” Smith said after the disappointing loss. “They really did but we were just one play short and had opportunities to seal the game and didn’t do it.

“But proud of the effort and chasing, chasing the game to go win the game. We came up two yards short.”

Luton said the fourth-down play was meant to go to star receiver Isaiah Hodgins first, but the Cougars doubled him and Luton worked his progression and found Quitoriano.

“He had a chance to go make a really, really tough catch and we just didn’t come down with it,” Luton said. “We had to go get a first down at the end of the game and weren’t able to do it.”

Oregon State was just 1 for 4 on fourth downs on Saturday but has found plenty of success in similar situations under Smith.

Last season, the Beavers went for it on fourth down 36 times and converted 25 times. OSU was 12 for 20 this season going into that fourth-down call with 70 seconds left.

Smith said he didn’t have many regrets for the four fourth-down tries on Saturday.

“Again, that's been our style and we knew that thing was probably going to be high scoring and wanted to take our chances with it,” he said. “Oftentimes when you go for fourth it’s around the 50, just crossed the 50-yard line and you look at the yards to gain and again confident in our offense.”

Still, there was much debate about the decision to go with so little time left. Smith’s logic, though, remained consistent in back-to-back games.

“You convert on fourth down and you win the game,” he said. “And so we were going to chase the win and didn’t get it.”

As difficult a loss as Saturday was, the Beavers (5-6, 4-4) still have a chance to become bowl eligible and finish with a winning record in conference play for the first time since 2012.

“I do know this group has always responded throughout the year, you know, had some highs and some lows and bounce back and expect the same out of this team,” Smith said.

PULLMAN, Wash. — Washington State running back Max Borghi guaranteed the Cougars were going to go bowling and said they were going to beat Ore…

OSU football: Should Beavers have been more aggressive before fourth-down play?

OSU football: Defensive has made big strides in Year 2 under Tibesar

The numbers may not jump off the page and scream a successful season. But the Oregon State defense has made significant strides in the second …

There have been times this season with the Oregon State offense has looked nearly unstoppable.