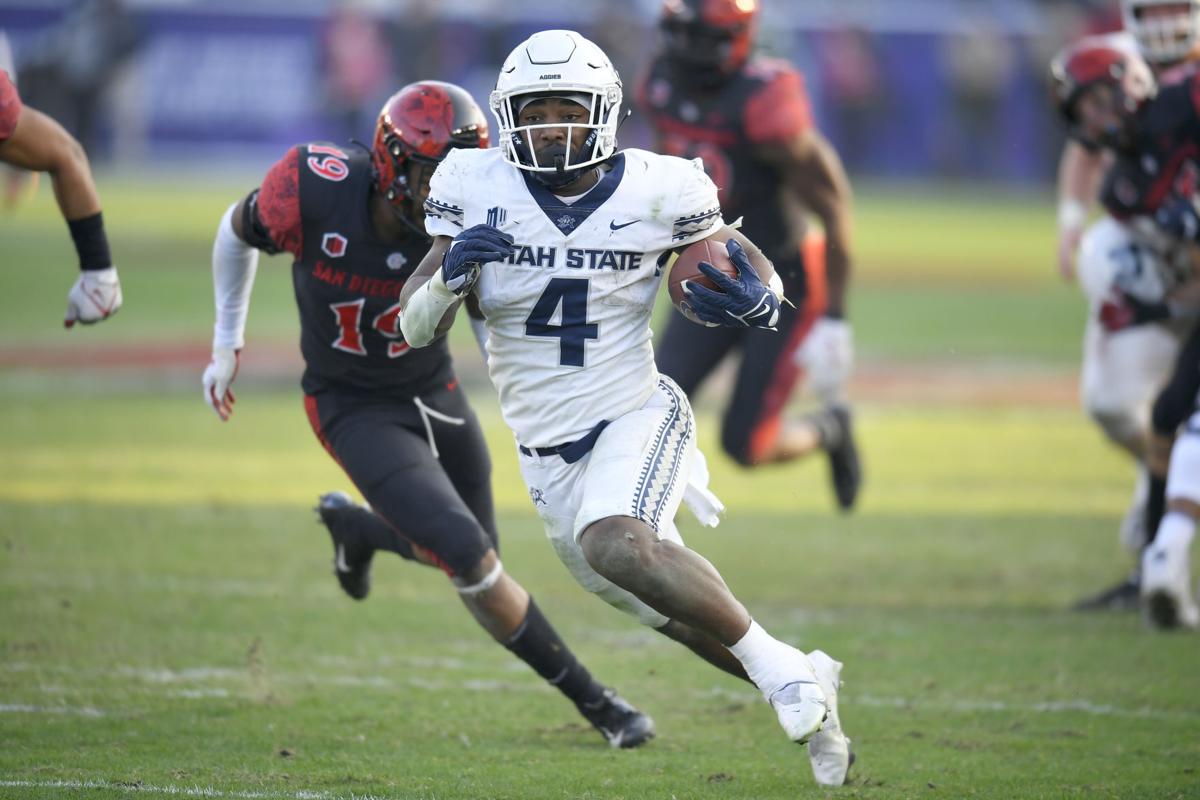 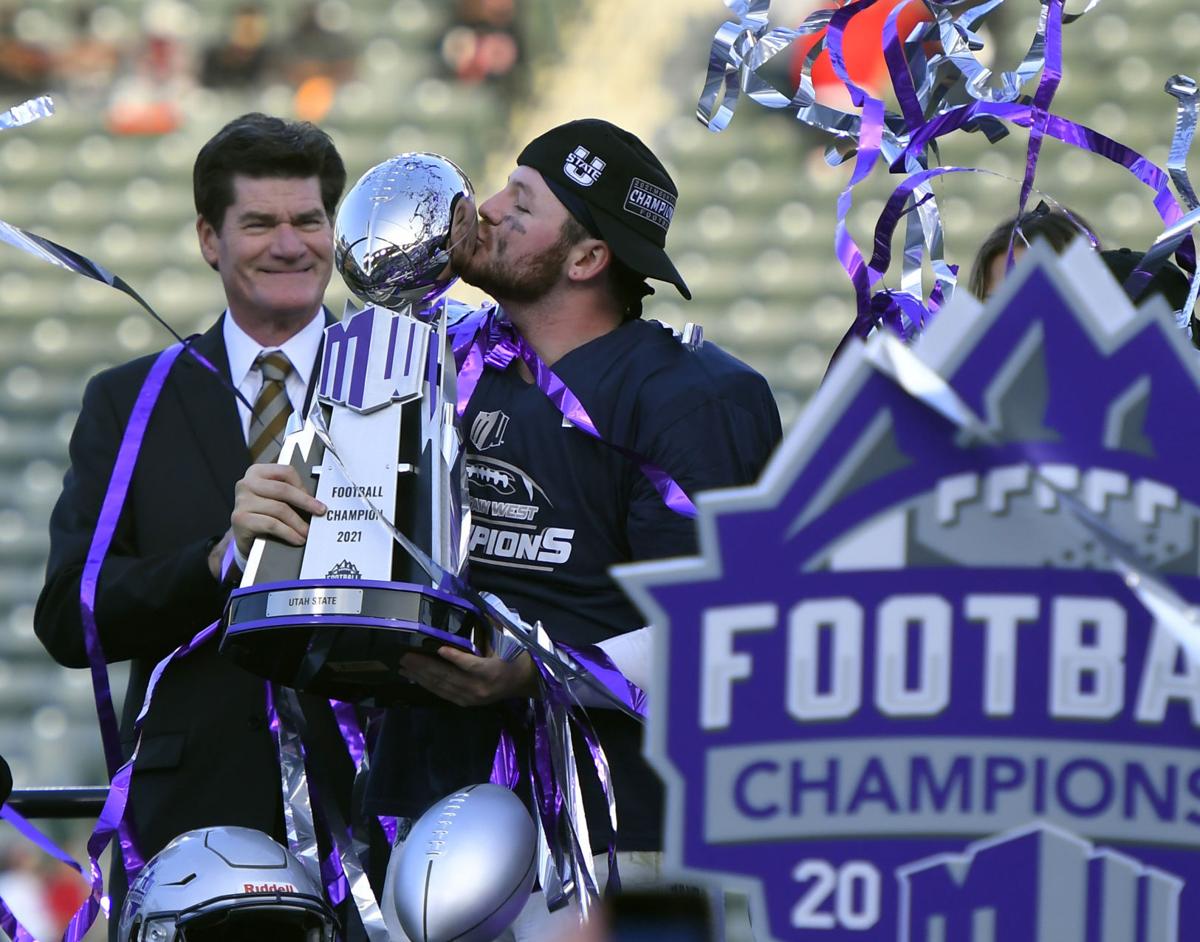 The Aggies are 10-3 after a 46-13 win against then-No. 19 San Diego State in the Mountain West Conference championship game last Saturday at Dignity Health Sports Park in Carson, California, the Aztecs’ temporary home. Utah State improved to 7-0 on the road this season and became the fourth team in school history to reach 10 wins.

“We definitely had eyes on that game and how impressive of a win that was for Utah State,” Oregon State coach Jonathan Smith said Sunday after the matchup was announced.

The victory landed the Aggies as the top team just outside the Associated Press Top 25. It was also the program’s first win against a top-25 team since 2015. Utah State claimed its 13th conference title and first since joining the Mountain West in 2012.

Utah State has won seven of its last eight games, with the Nov. 20 loss to Wyoming being the only defeat in that stretch.

Quarterback Logan Bonner was named the conference championship game’s most valuable player after throwing for 318 yards and four touchdowns. Bonner has a single-season, school-record 36 touchdown passes.

Senior wide receiver Deven Thompkins is third in the country at 122.2 receiving yards per game and has caught nine touchdowns.

Former Oregon State running back Calvin Tyler Jr., who spent four seasons with the Beavers before transferring to USU last offseason, rushed for 41 yards and a touchdown against San Diego State. On the season, Tyler has rushed for 764 yards and six scores with an average of 4.5 yards per carry in 11 games. He had consecutive 100-yard rushing games against Air Force and Boise State and three such efforts on the season.

“He stepped in and has gotten better and better every week. You saw glimpses of him (against San Diego State) in key situations for us,” Utah State coach Blake Anderson said. “He has battled injury all year and just kept finding a way to fight through that. He’s been mature. A presence in that particular room that’s built with a lot of young guys. I think it’s been helpful. To me, he was what we needed. We need a guy that could come in and kind of calm the room down and show some experience and be an every-down back.”

Tyler provides a spark to an offense that’s 20th among Football Bowl Subdivision teams at 450.4 yards per game and 30th in scoring (33.2 points).

Defensively, the Aggies average 7.9 tackles for loss per game, fourth in the country in that category. In addition, they are 28th in third-down conversions allowed (34.7%).

Utah State is making its third bowl appearance in four seasons. The Aggies defeated North Texas 52-13 in the 2018 New Mexico Bowl and lost 51-41 to Kent State in the 2019 Frisco Bowl. Utah State went 1-5 in a pandemic-shortened 2020 season.

The L.A. Bowl comes on the first day of the bowl schedule.

“Our guys are getting geeked up. You’re playing great ball teams in that league. We’ve already seen Washington State up close and were fortunate to win that one. Several teams in our league play throughout the Pac-12,” the coach said. “We know what kind of challenge it will be. I love the idea of playing early as well. That night will be kind of the first out of the gate. Everybody in the country will be excited about bowl season.”

OSU football: 'Too little, too late' after Beavers dig a big hole against Ducks

EUGENE — Oregon State made some plays in Saturday’s second half to put a scare into Oregon.

Chance Nolan has filled his role the past two weeks, helping Oregon State football gain its bowl eligibility and then improve its postseason s…

OSU football: Defense stepping up late in the season

Oregon State has found a way to some of its best defensive results late in the season.

OSU football: A game-by-game look at reaching the L.A. Bowl

The past two weeks have been a busy time for Oregon State football coach Jonathan Smith, his staff and the players.

Kyrei Fisher called his long wait for a more prominent role on the Oregon State defense “a roller coaster.”

Without even turning on game tape, the Oregon State defense needed only to glance at Utah State’s passing numbers to know the Beavers will hav…