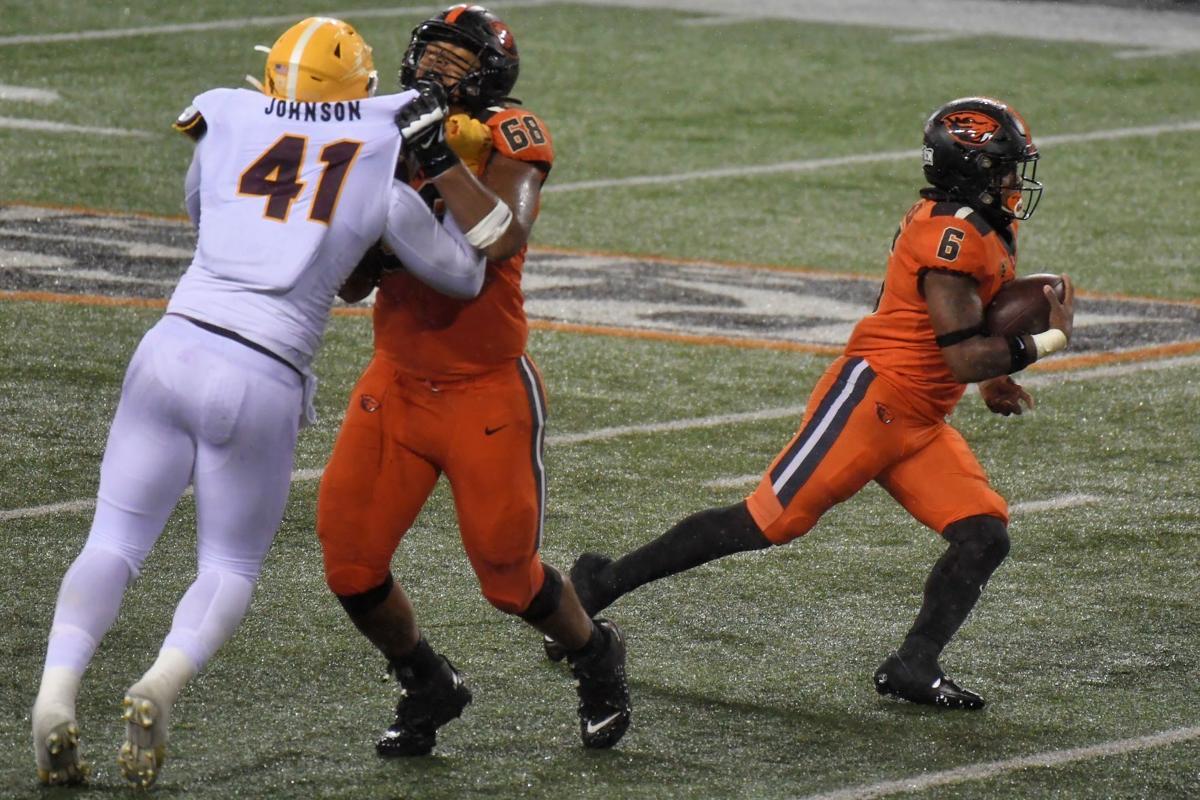 Former OSU running back Jermar Jefferson (right) is getting a shot with the Detroit Lions. 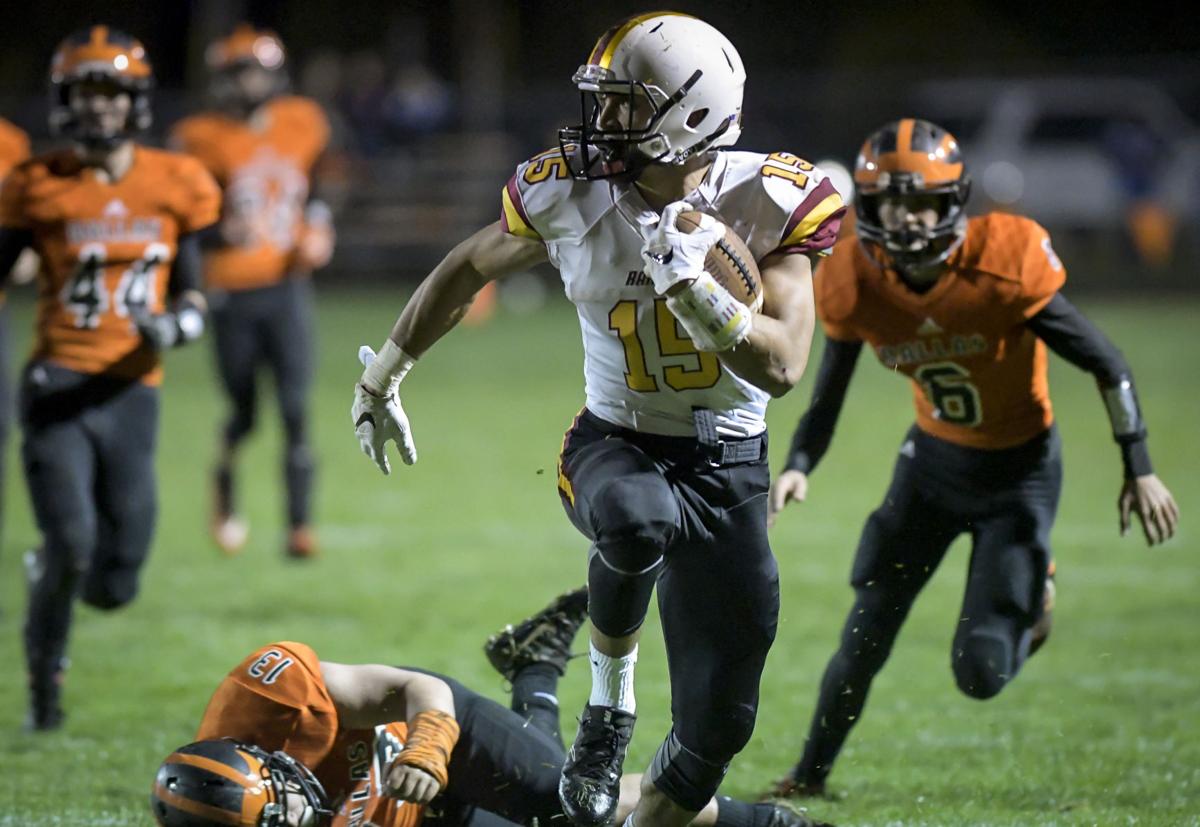 Jermar Jefferson had a long wait, but finally got his name called at the NFL draft.

Jefferson was taken in the seventh round with the 257th by the Detroit Lions, two picks before the end of the draft.

No more Oregon State players heard their names called on Saturday, the final day of the event.

Hamilcar Rashed Jr. was looking at being selected, but went the undrafted free agent route to land on a roster. He was signed by the New York Jets.

Isaiah Dunn also elected to forgo his final season of eligibility at Oregon State and enter the draft, but he was not expected to be selected. He also signed with the Jets.

Jefferson finished with 2.923 yards and 27 touchdowns over three seasons with the Beavers. Both marks rank fifth in OSU history.

He was the second OSU player to get picked in the 2021 NFL draft. Cornerback Nahshon Wright was selected by the Dallas Cowboys in the third round with the 99th overall pick Friday.

“Nahshon was awesome for us,” Oregon State coach Jonathan Smith said Saturday. “We just couldn’t be more ecstatic for him, and really so many who are involved family-wise, with how hard he’s worked. He’s earned that. We appreciate everything he did for us.”

Most mock drafts had Wright as the lowest-ranked Oregon State player out of the four who were in the mix to be drafted. But the Cowboys seemed to be sold on his mix of height (6-foot-4) and athleticism (4.46-second 40-yard dash).

“I can remember Dan Quinn, defensive coordinator for the Cowboys, coming through here in Corvallis,” Smith said. “He was at the pro day and had multiple conversations with (Wright). I knew they were interested, but they play it pretty close to the vest, too, in the NFL now.”

Wright wasn’t the only player linked to Corvallis who was selected.

With the 180th pick in the fifth round, the San Francisco 49ers selected USC safety Talanoa Hufanga. One of the more highly-touted recruits to come out of the mid-valley in recent memory, Hufanga starred at Crescent Valley before moving on to become a first-team All-American with the Trojans in 2020.

Shortly after Hufanga was selected, the Philadelphia Eagles drafted his cousin and USC teammate, Marlon Tuipulotu with the 189th pick. Tuipulotu starred at nearby Central High in Independence.

Former Lebanon star John Bates, who spent the past four seasons at Boise State went to the Washington Football Team in the fourth round with the 124th pick. Bates was an All-Mountain West Conference honorable mention selection with the Broncos as a junior.

There is plenty of anticipation surrounding Oregon State’s spring game next Saturday. The scrimmage will mark the Beavers’ final spring practice and will be open to fans to watch at Reser Stadium at 15% percent of the venue's capacity.

Due to injury concerns at several positions, Smith isn’t sure yet if it will take the form of a traditional scrimmage, though.

“We’ve got some things to think through,” Smith said. “We’ll organize that early this week. We’re definitely going to want to play some and put the ball down and get these guys to play and try to keep some type of score. Whether we can split the teams in half, I don't know.”

Smith said the scrimmage could potentially take on a less-conventional format that still allows for a competitive atmosphere.

“We’ve done some cool competitions throughout spring ball — red zone scoring and two-minute, four-minute drills where we competed. We’ll create something that’s fun for our guys to participate in, but also for people to watch. We’re excited about having people in the stands Saturday.”

The 90-minute scrimmage is set to begin at 10:30 a.m. May 8, with entrance into the stadium coming on a first-come, first-serve basis. The scrimmage will also air on Pac-12 Network.

Former OSU running back Jermar Jefferson (right) is getting a shot with the Detroit Lions.