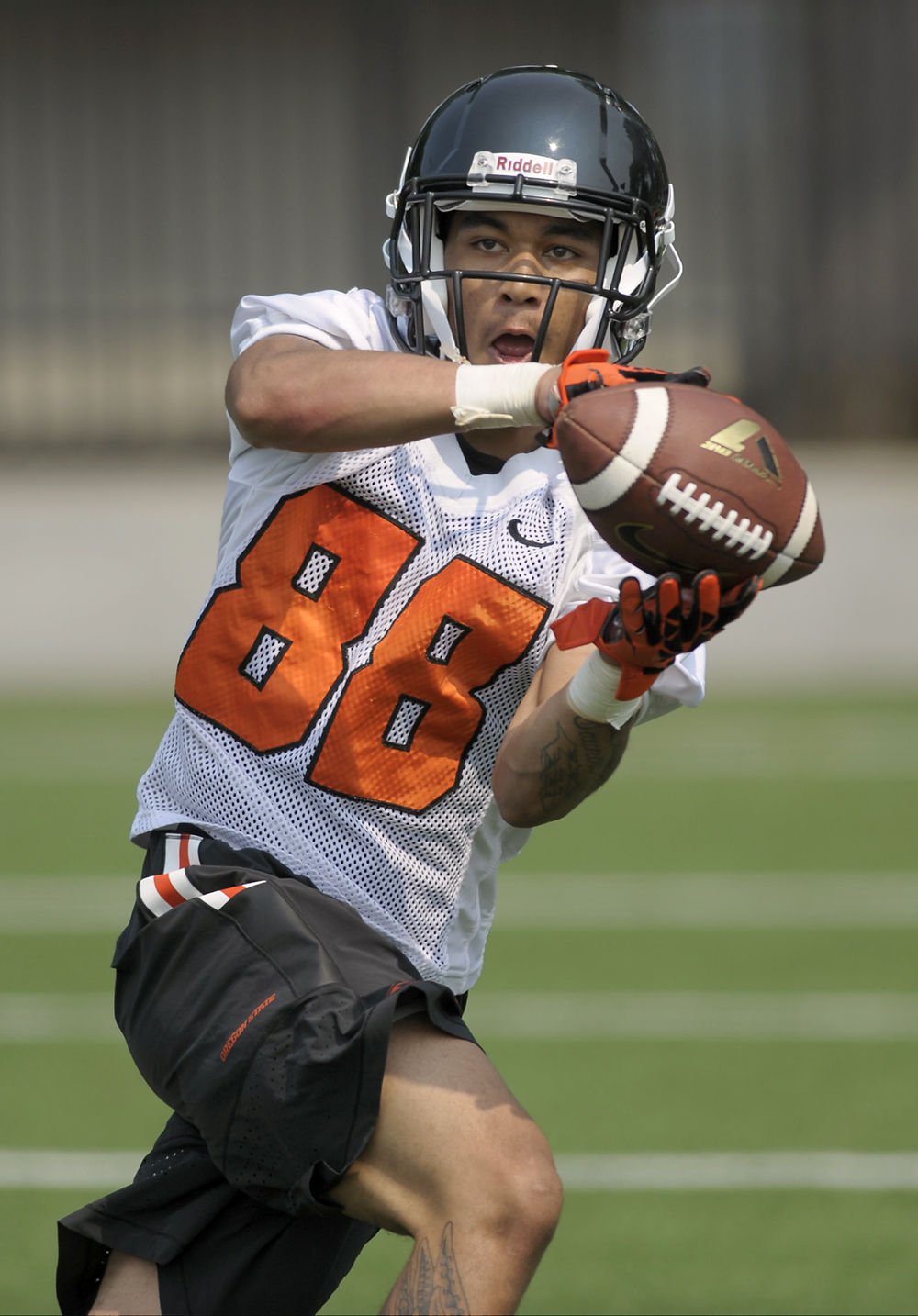 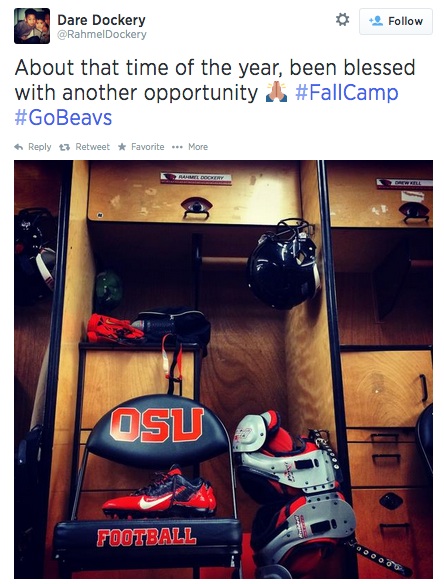 Rahmel Dockery posted an image on Twitter a few days ago of an OSU football locker with his name on it.

One journey has ended for Rahmel Dockery.

Now he embarks on a new one.

Dockery is now an official member of the Oregon State football team and practiced for the Beavers on Monday.

Dockery began his college football career at Washington State after signing with the Cougars as a three-star recruit out of Curtis High in University Place, Washington, in 2011.

Dockery was a wide receiver his first spring with the Cougars but was switched to cornerback. He took his redshirt season there but decided that he wanted to catch footballs.

“I never wanted to play corner and after telling my coaches that at Washington State, I left and I prayed on it,” Dockery said. “And it was just a blessing that (OSU coach) Mike Riley still wanted me to play receiver and he got me here and I’m just thankful for that.”

He was recruited by OSU and made a trip to Corvallis during his senior year in high school.

The Beavers were at the top of his list when he decided to leave Pullman.

“They stuck with me,” he said.

Dockery is a 5-foot-10, 192-pound redshirt sophomore with three years of eligibility remaining.

He is known for his speed and spent some time working out with his track coach last year.

“We’ve known about him forever and through the circumstances that he went through, he was able to leave his school, go to junior college, complete his coursework and be here for camp,” Riley said.

“I know he’s a real good athlete and I think he’ll help us.”

Dockery spent the summer working out with quarterback Sean Mannion and the other OSU receivers.

“It’s really helped me,” Dockery said. “I can tell I’ve already grown from working with the team as a receiver and I’ve already learned a lot.”

Kevin Hampton is sports reporter for the Gazette-Times. He can be reached at 541-758-9519 or kevin.hampton@lee.net.

The Oregon State football team took the field at the Tommy Prothro Football Complex on Monday for the first fall camp practice, and this one h…

Rahmel Dockery posted an image on Twitter a few days ago of an OSU football locker with his name on it.