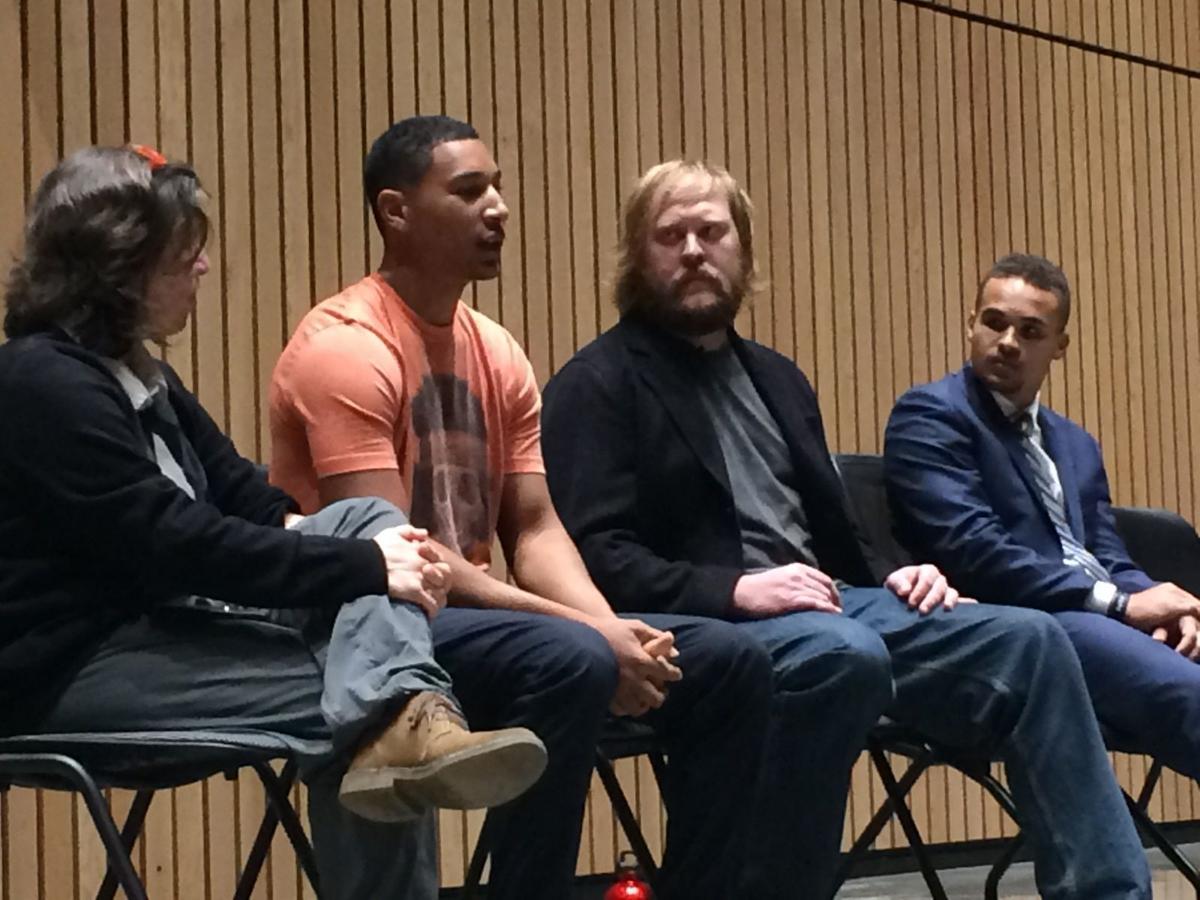 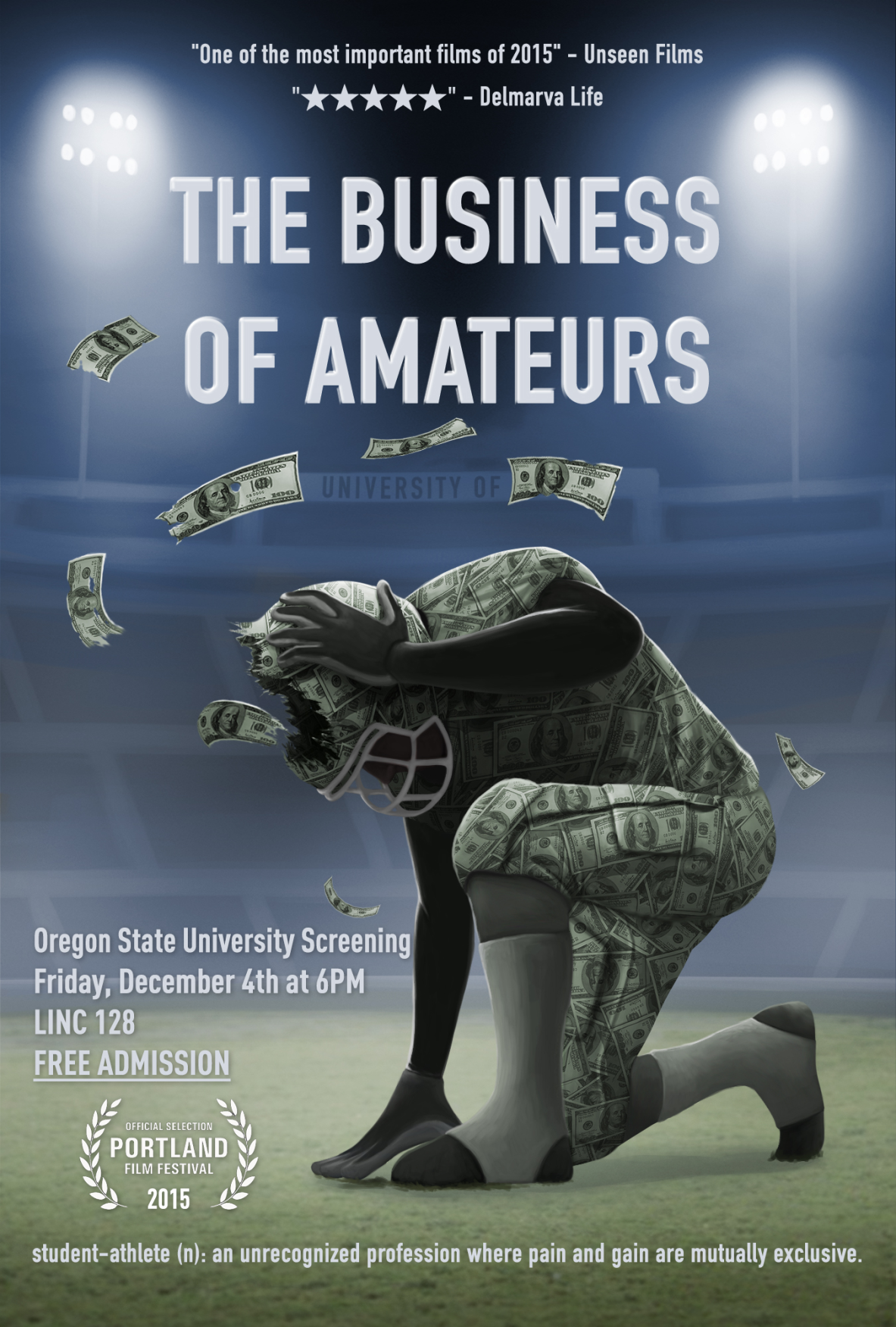 Steven Christian was staying at his sister's house in Los Angeles and sleeping on her couch.

Christian, a former Oregon State football player, was looking to find a career after receiving a masters degree but discovering few open doors.

He did have a project and his laptop.

Christian was working on animation for a documentary titled "The Business of Amateurs."

Christian's masters thesis at OSU was "No Love for Gladiators," a graphic novel on why student-athletes are more likely to have success on the field than off it. After defending the thesis, Christian put it on Kickstarter, where it attracted the attention of Bob DeMars, a screenwriter and filmmaker who had played football at USC.

DeMars was working on the documentary and wanted Christian to join his team.

"Through Kickstarter we met and then we kind of just talked through things and then they hired me to be a part of it," Christian said.

The documentary focuses on the treatment of athletes by the NCAA and universities, specifically on how those institutions benefit financially from the athletes while limiting their rights.

Sixteen of the 20 interviews were conducted with former athletes on topics ranging from the long-range effects of concussions to the education the athletes are often actually getting to where the money made through athletics really goes.

DeMars raised about $30,000 through Kickstarter and spent some of his money to make the documentary, which was shot over 70 days in 22 cities.

One of the most compelling interviews was that of former USC linebacker Scott Ross. Ross, who was a teammate of Junior Seau, suffered from brain trauma caused by his aggressive style of play. He battled depression and alcohol abuse and wound up passing away in his car.

"When we first set out to make this film it was really focused on the hypocrisy of the NCAA, but it really evolved into being about student-athlete rights," DeMars said. "When we came back from interviewing Scott Ross and if you know Scott, what we got in that interview that day, it was like God gave him his brain back for one afternoon and after we came back from that trip, my producers and I looked at each other and we said, 'This is about civil rights. This is about advocacy. This isn't just about a system that is hypocritical and we need to show that through the testimonials of the athletes who have lived it.' "

Christian's contribution was the animation at the start of the film, a depiction of a factory producing football player action figures, money changing hands for the figures and the discarding of the used, damaged ones.

Christian is now a student at Portland State and a comic illustrator. He is working on some short films and a cartoon series.

He was a late bloomer as an artist. He decided to try his hand at illustrating after his second hip surgery while playing football for University of Hawaii (he eventually transferred to OSU) left him laid up for a month. Instead of playing video games or watching TV, Christian looked to art.

"I just felt that I needed to be more productive with my time and look toward a life after football until I can know for sure that I could come back to football," Christian said.

He quickly discovered that he had talent as an illustrator. He worked for the Ka Leo, a student paper at Hawaii and that led to more opportunities.

And "The Business of Amateurs."

"I think what sets this documentary apart from other documentaries is that it's coming from a voice that's already gone through the situation," Christian said. "And looking back at it, this is how we can fix it and this is how we can make it better for future generations."

The Business of Amateurs

For more information on the documentary, go to: www.thebusinessofamateurs.com

For more on Steven Christian's work, go to: