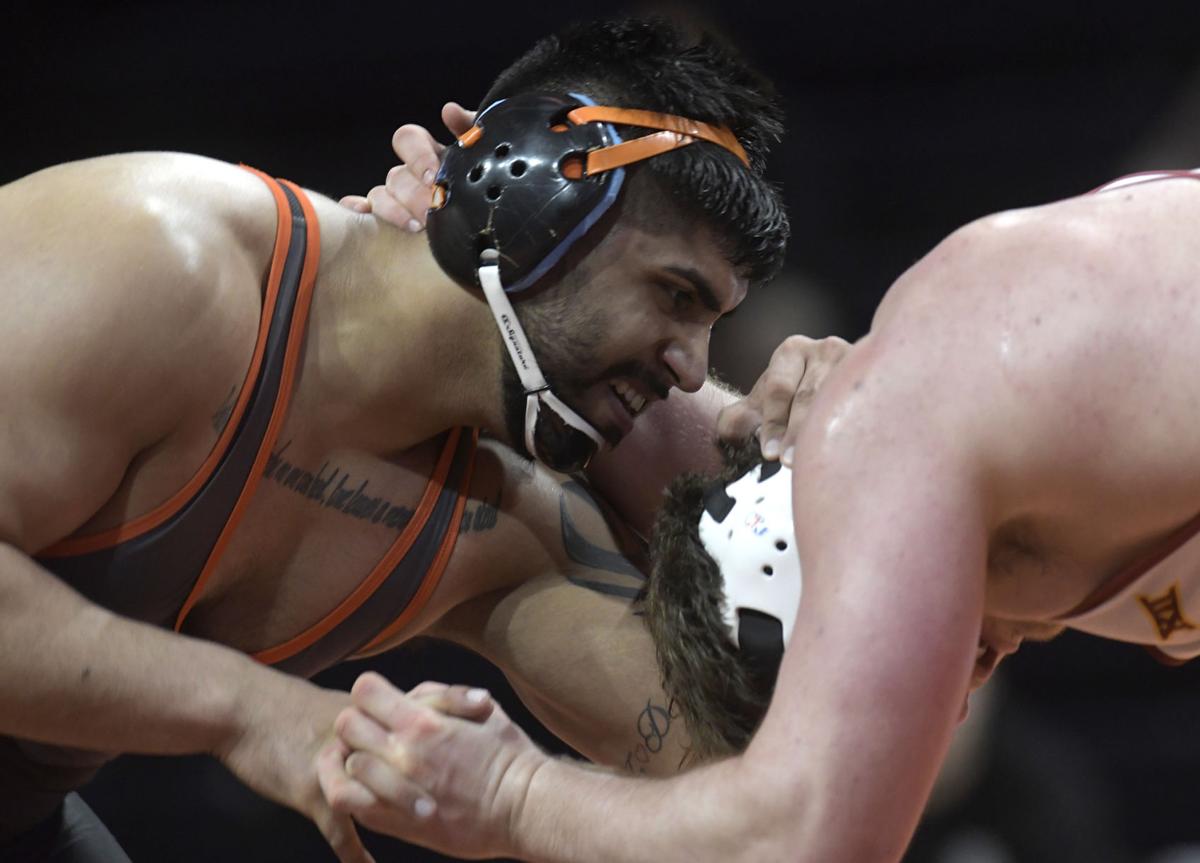 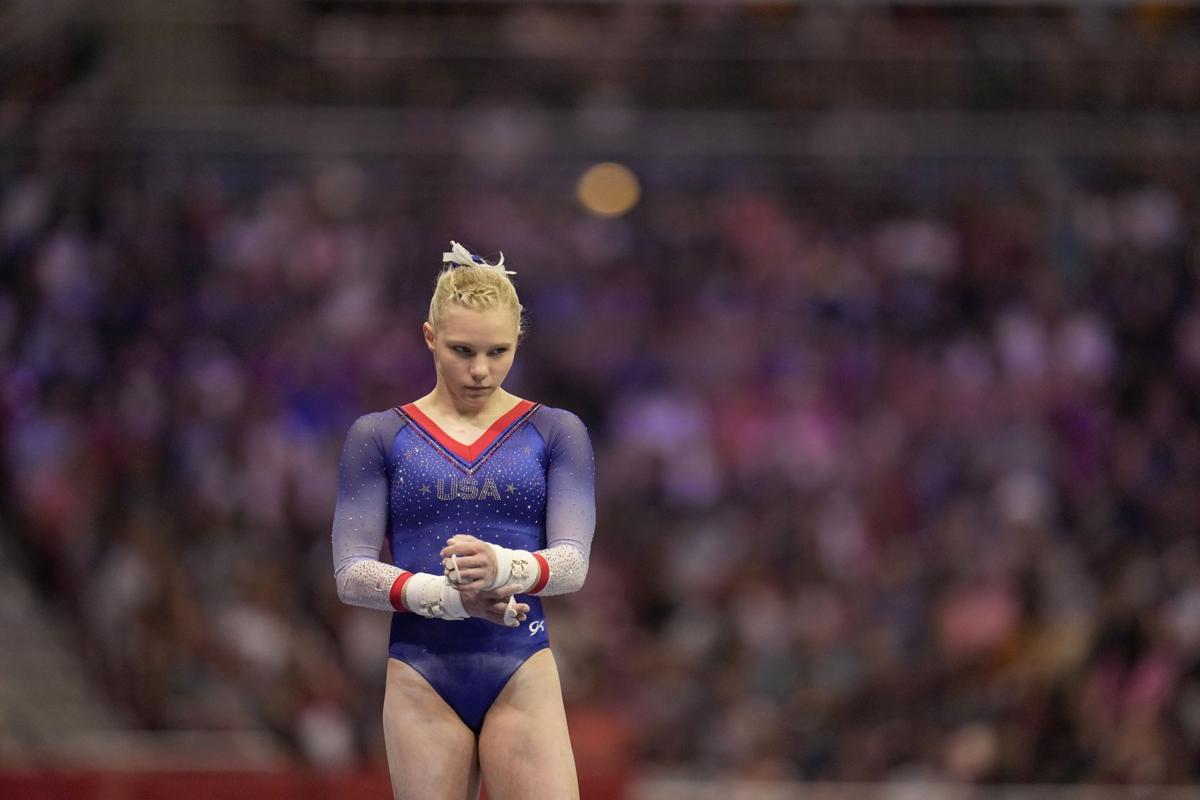 Jade Carey pauses before competing on the uneven bars during the women's U.S. Olympic Gymnastics Trials last month in St. Louis. Carey, who is expected to join the Oregon State gymnastics team later this year, will represent the United States in Tokyo. 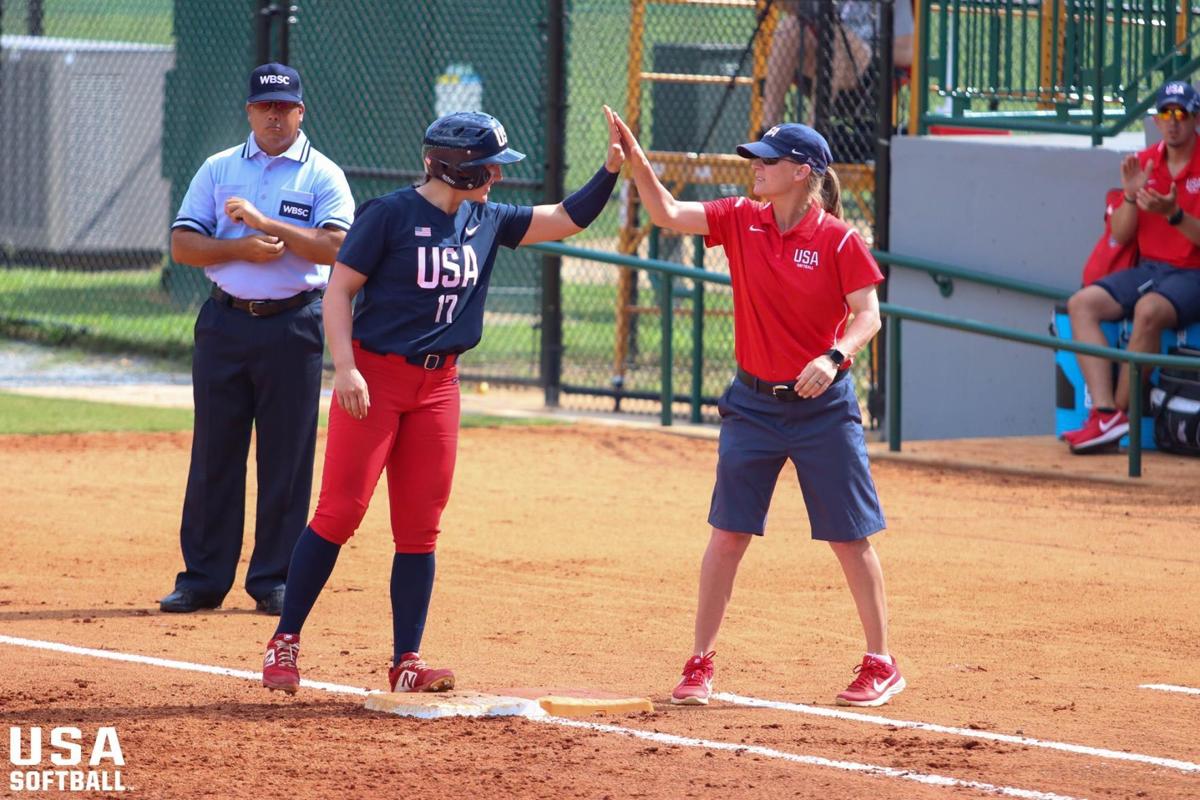 Oregon State coach Laura Berg, right, will be an assistant for the USA softball team at the Tokyo Olympics.

But he wasn’t able to see his full potential. Family was more important than wrestling, and his seven sisters came first.

“In our culture, he had to get all his sisters married before he could even start his life. So he had a lot of responsibility on his shoulders,” said Amar Dhesi, the younger of Balbir’s two sons and a wrestler himself.

So imagine the pride Balbir felt in March watching at home with family when Amar made the Tokyo Olympics and will represent Canada, the family’s home since 1976.

“It was like a dream come true,” he said. “It’s hard to put into words what it meant for me and my wife. The Olympics are the highest level of sport. Watching my son accomplish that was amazing.”

A three-time All-American at Oregon State, 25-year-old Amar Dhesi knew what it meant to his family and especially his father, who opened the Khalsa Wrestling Club near their home in British Columbia as a way to help others progress in the sport and chase their potential.

“I know he always had the goal for me in his head. What he started and I could finish, kind of thing,” Amar Dhesi said. “He always wanted this for me and I did, too.”

Dhesi is one of seven people with Oregon State ties who will compete in or otherwise participate in the Tokyo Olympics, which begin Tuesday in the Pacific time zone.

Here’s a look at the OSU contingent.

Dhesi qualified for the Olympics in the freestyle 125-kilogram (275.6-pound) weight class by winning the Canadian trials in December 2019 — four years after finishing runner-up — and then reaching the final of the Pan American Qualifier.

Carey, of Arizona, earned her Olympic berth based on performances in a series of World Cup events. She finished sixth in the all-around at this year’s U.S. championships. At the Olympics, Carey will compete as an individual, meaning she will not be a part of the team competition.

Carey was the world championship silver medalist in the vault in 2017 and 2019. She was also the 2017 U.S. champion and 2018 Pan American champion in that event.

The most decorated USA Softball Olympic athlete in history, Oregon State’s softball coach will serve as a U.S. assistant coach as the sport returns to the Olympics for the first time since 2008.

Berg helped the United States win Olympic gold medals as an athlete in 1996, 2000 and 2004 and a silver in 2008. She won 11 total medals (10 gold) while competing for the U.S. in the Olympics Games, world championships and Pan American Games.

With the Women’s National Team, Berg helped lead a run to gold-medal finishes at the World Cup of Softball and the 2019 Lima Pan American Games as well as two silver medals at the WBSC World Championships and the Toronto 2015 Pan American Games. With the Junior Women’s National Team, Berg first served as an assistant coach in 2013 when the team won silver at the WBSC Junior Women’s World Championship.

An incoming Oregon State freshman, Stepto and her native Australia team swept through the WBSC Asia/Oceania Olympic qualification undefeated. She has represented the Travelodge Aussie Spirit at an international level.

Australia and the United States will play July 21.

Stepto played the 2019 season at Salt Lake Community College. She was the Scenic West Athletic Conference pitcher of the year that season with a 12-3 record and 1.62 earned-run average.

The Oregon State wrestling assistant coach, who recently completed his first season with the Beavers, is the personal coach for five-time world champion and now two-time U.S. Olympian Adeline Gray.

“I could not be more excited to go to the Olympic Games and help Adeline accomplish her goals," said Engel. "We have had a lot of fun this summer at training camps, and Adeline has been working so hard at each camp. She is truly one of the most accomplished wrestlers in the history of our sport.

Engel has served as director of the California Regional Training Center and coached the U.S. Junior Greco World Team at the junior world championships in Slovakia in 2018.

Gray will be competing in her second Olympic Games. She was seventh in Rio in 2016.

"I compete Aug. 1 and 2, but we still have a few weeks of intense work. Coach Engel helps me manage that time by creating and adjusting the plans to best fit our daily and long-term goals. He has also been instrumental in keeping me organized and up to date on the changing protocols and athlete play book that Tokyo's Olympic Committee is using to keep everyone as safe as possible."

Engel and Gray met each other at Eastern Michigan University in 2007. Soon after Engel took the Oregon State job, Gray moved to Corvallis and joined the Beaver Dam Regional Training Center.

The 28-year-old Oregon State graduate from Stockton, California, is in her ninth year representing Puerto Rico, where her mother Janet was born.

Puerto Rico's women's team had qualified for its first-ever Olympics, in Tokyo in 2020, before the pandemic led to the Games being postponed.

“I just kept training in case it did happen and thank goodness it did," Gibson told recordnet.com of becoming an Olympian. "I'm excited that we are finally going to be able to get to Japan and play.”

Previously, she helped Puerto Rico take third place at the 2017 FIBA Women’s AmeriCup and in the process qualify for the 2018 FIBA Women’s World Cup.

The 2015-16 Pac-12 player of the year is an alternate for the Canadian Olympic women's team.

Scott, 26, helped the Beavers to the first Final Four in program history, in 2016. She was drafted by the WNBA’s Connecticut Sun, traded and played seven games with the Washington Mystics in the 2016-17 season.

Scott was named Spain’s Liga Femenina de Baloncesto’s guard of the year and a first team all-star for the 2017-18 season, finishing sixth in the league with 15.4 points per game. A year later, she led the Russian Women’s Basketball Premier League in scoring at 19.3 points per game.

Amar Dhesi realizes his family's dream in qualifying for the Olympics

Jade Carey pauses before competing on the uneven bars during the women's U.S. Olympic Gymnastics Trials last month in St. Louis. Carey, who is expected to join the Oregon State gymnastics team later this year, will represent the United States in Tokyo.

Oregon State coach Laura Berg, right, will be an assistant for the USA softball team at the Tokyo Olympics. 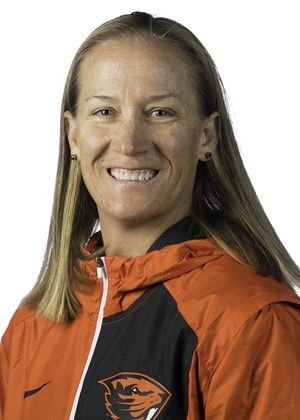 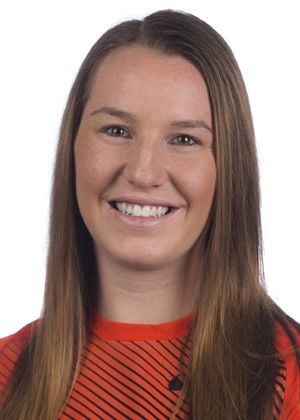 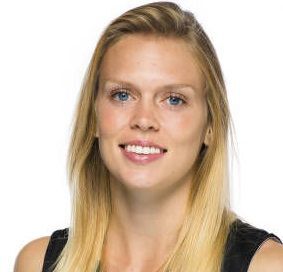