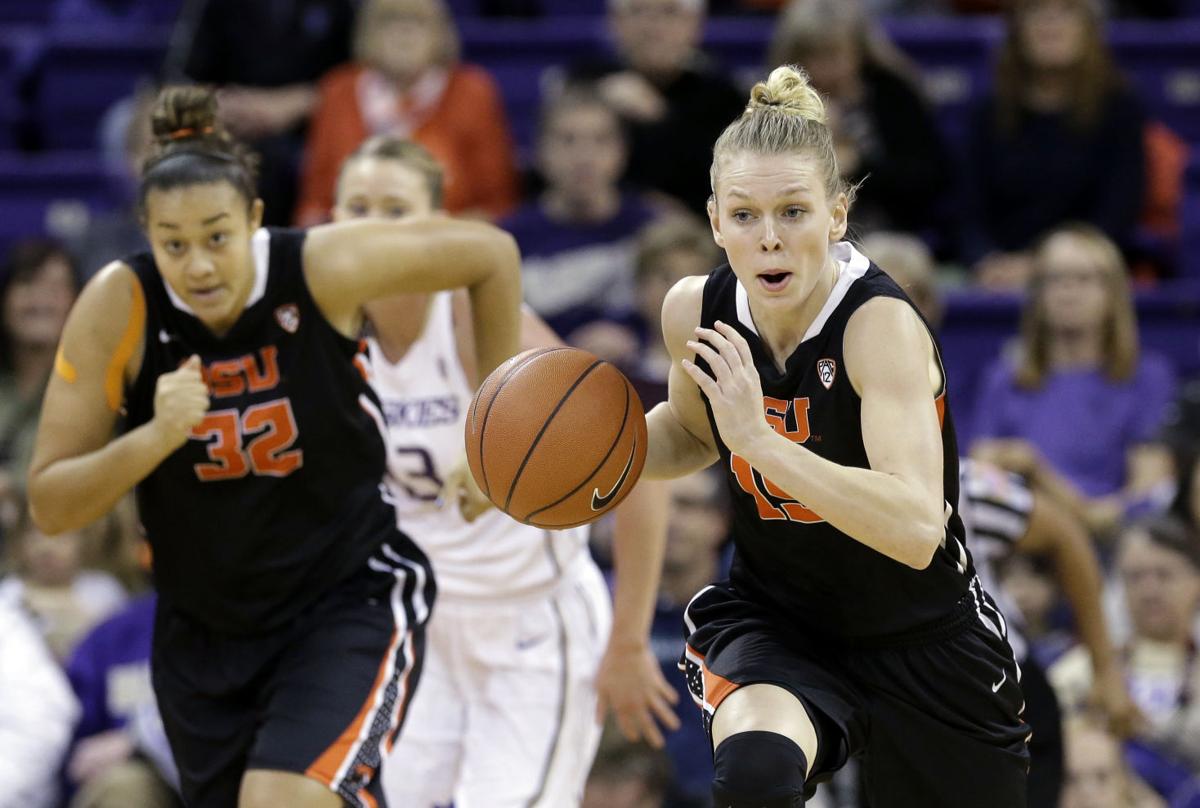 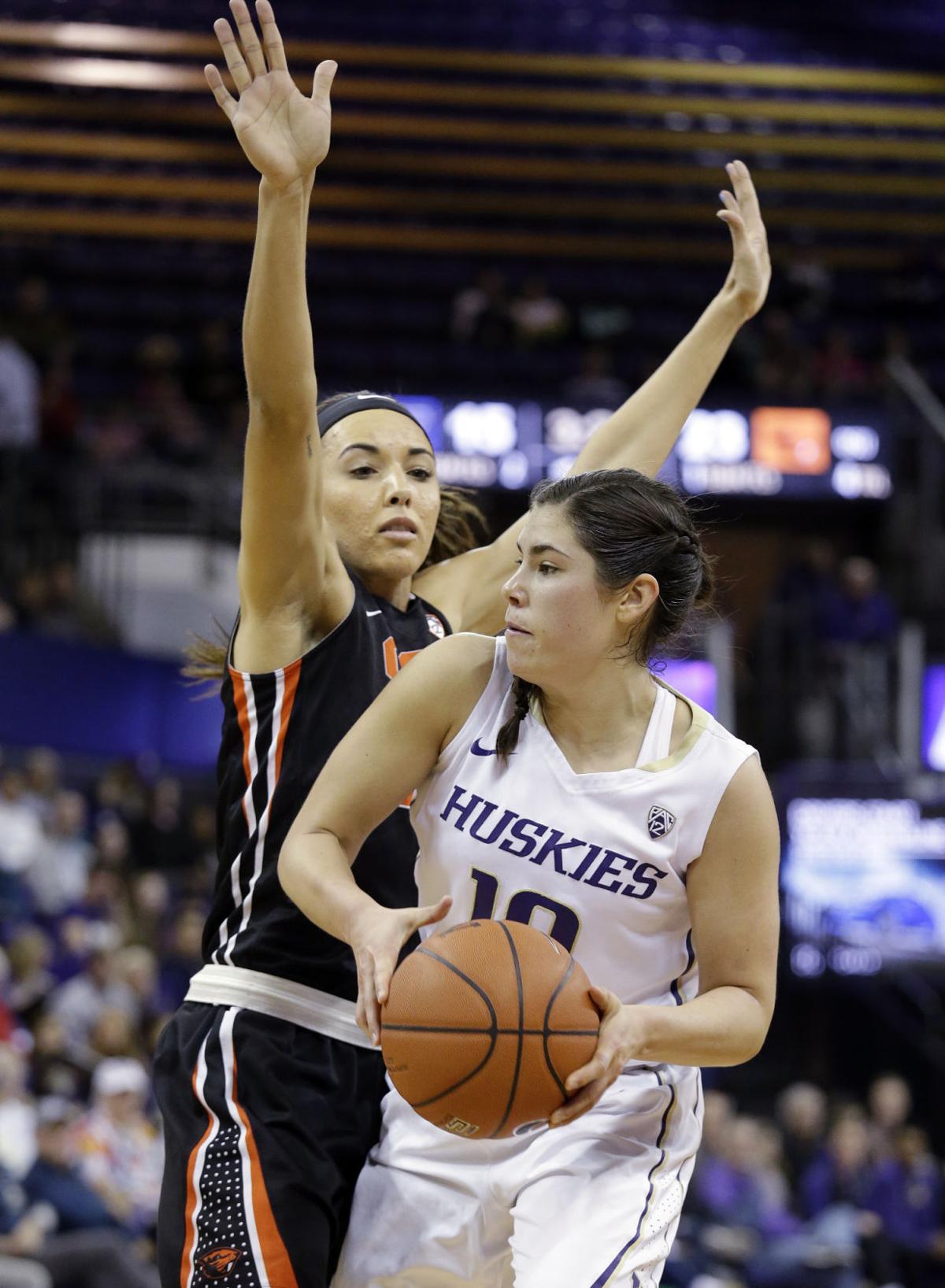 Washington’s Kelsey Plum, right, is defended by Oregon State’s Gabriella Hanson Friday night in Seattle. Plum did score a game-high 30 points but had seven turnovers as the Beavers won 61-53.

SEATTLE — With just over six minutes left, Oregon State was struggling for a spark as Washington began to mount a comeback on Friday night.

Oregon State’s senior guard outmuscled a Washington player for a loose ball, then went strong the basket and finished the layup as Washington guard Kelsey Plum could only let her go by.

Weisner’s layup helped the No. 9 Beavers right the ship a bit as they went on to knock off the No. 24 Huskies, 61-53, in a Pac-12 women’s basketball showdown between Pacific Northwest rivals before a season-high 3,813 fans at Alaska Airlines Arena.

“I think we were in a little drought right there and I kind of took my chances on it and doubled her and I knew Plum wasn’t going to foul me going down the court so I just went up strong,” said Weisner, who led the Beavers (19-3, 10-1) with 21 points.

Oregon State coach Scott Rueck was succinct in his analysis: "It was a big play,” he said.

The Beavers remained in a tie with Arizona State atop the standings and will head to Washington State on Sunday, looking for their second straight road sweep this season.

“We only get them once so we talked about winning the tie-breaker if that was possible,” Weisner said.

The Beavers had methodically opened up a 20-point lead in the third quarter as they kept Plum, the conference’s top scorer at 27 points per game, in check.

But the Huskies scored 12 of the last 16 points of the third quarter and got within 10 before Weisner’s steal and layup put the Beavers up 51-39 with just under six minutes to play.

Sydney Wiese’s 3-pointer with 2:42 left gave the Beavers a 58-42 lead before Plum scored 11 points in the final 2:23 to make the score respectable for the Huskies.

“As a scorer, I like getting a couple buckets right off the bat and kind of set the tone for the game and just keep my confidence high,” Weisner said.

"I wish we’d played a little better in the first half,” UW coach Mike Neighbors said.

“They are very hard to score on," he said. "I think I may have had them a little over prepared. You can walk that fine line between being prepared and being ready and I think I got them to wrapped up I Ruth (Hamblin) is so good at this and they’re so good at that, that we were just a little tight.”

Said Rueck: “I thought we executed our stuff and we needed to be methodical. Washington can score in bunches, certainly, if you allow them to. We never let that happen because of our defense but we didn’t contribute to their opportunities because offensively we took care of the basketball and got pretty good shots most of the night.”

Sydney Wiese added 12 points while Deven Hunter chipped in 10 points in only 19 minutes as she battled foul trouble and eventually fouled out.

Plum finished with 30 points, but 11 came after the Huskies trailed by 16 with just over two minutes to play. No other player had more than six points. The Huskies shot just 30.2 percent for the game (16 for 53).

“I loved the defensive intensity and effort,” Rueck said. “We forced them to shoot poorly and made them work for everything.”

Washington’s Kelsey Plum, right, is defended by Oregon State’s Gabriella Hanson Friday night in Seattle. Plum did score a game-high 30 points but had seven turnovers as the Beavers won 61-53.