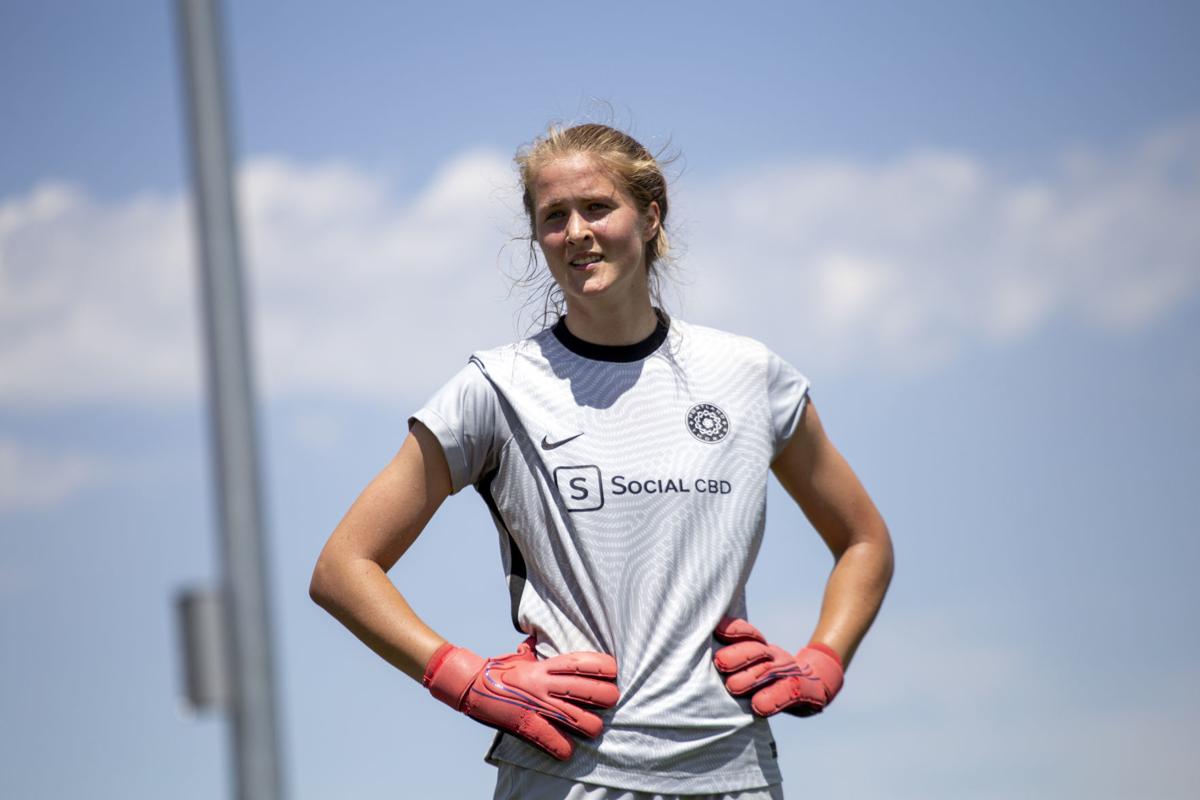 Former Oregon State goalkeeper Bella Bixby his stepped into the starting role for the Portland Thorns since the National Women's Soccer League season began this month. 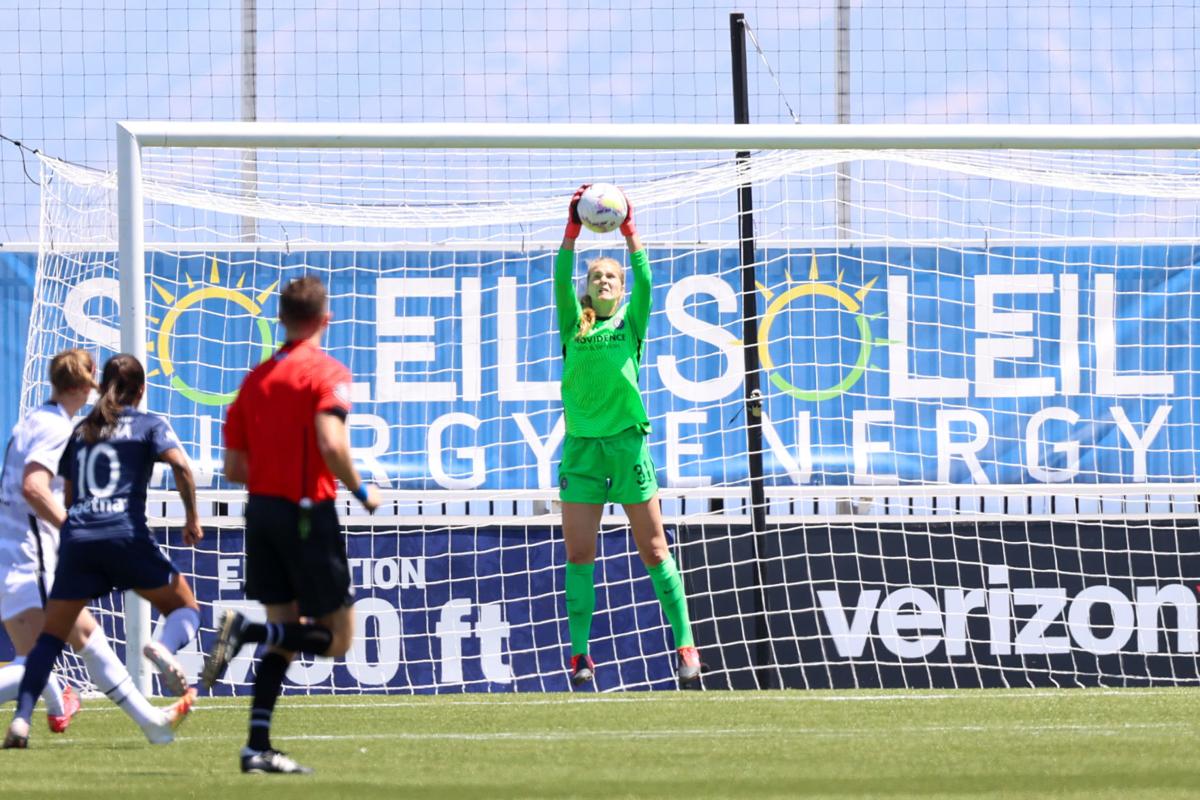 Bixby learned just two days before Portland's season-opening match that she would be a starter.

Bella Bixby has spent two years patiently waiting to make her debut for her hometown team.

When the moment arrived last Saturday, it came on short notice, and under surreal circumstances.

Bixby, a former Oregon State goalkeeper who now plays for the Portland Thorns, was told just days before the team’s season-opening match that she would be starting in place of injured starter Adrianna Franch in Portland’s first National Women’s Soccer League Challenge Cup match of the season.

If there wasn’t already enough pressure on Bixby to perform well, throw in the fact that the NWSL is the first professional sports league to return in the United States since the start of the coronavirus pandemic. The Thorns were slated to face the North Carolina Courage — the defending league champions — in the first game of the Cup, and CBS had agreed to televise the tournament, meaning Bixby’s debut was the first match in league history to air live on a national broadcast network.

“It’s probably the most nervous I’ve been before a game in my life,” Bixby said.

She made two key saves in the first half to keep the Thorns in contention before North Carolina grabbed a late goal and won 2-1.

“Just knowing that the beginning of this tournament was going to be so publicized and probably get a lot of views, a lot of eyes were gonna be on me, it was all the power I had to stay calm and be there in the moment,” Bixby said. “A lot of emotions went into wearing this crest for the first time in a match. I’ve been wearing it in training for two years. But it’s been amazing to finally put all that hard work to use for my team.”

But just as significant as what happened during the match was what occurred right before kickoff. Both teams took a knee during the national anthem, with every player wearing a Black Lives Matter t-shirt to protest racial injustice.

For the entire weekend, the NWSL had the eyes of the nation on its players; the matchup between the Thorns and Courage drew an average U.S. audience of 527,000 viewers, making it the most watched game in league history — with a 201% increase over the previous record.

With its largest audience ever tuned in, two of the league's most popular teams used the opportunity to protest police brutality and systematic racism against people of color.

Bixby took pride in being part of the protest and hopes she and the rest of the league's players can continue to raise awareness.

“It’s super important to use our platforms to voice our opinions on these issues,” Bixby said. “Because I think too often people have this attitude — we’ve all heard ‘shut up and dribble’ — it’s the same idea. I disagree. I think we’re all humans and we all have a voice.

“Myself and the rest of the players have a unique opportunity to voice these opinions. Definitely as the first league back, we want to make a statement right away that this issue hasn’t gone away. We are still discussing it and talking about it as a team; still educating ourselves on how to be better. Reaching out in our communities.”

While she doesn’t consider herself to be particularly outspoken, Bixby said she is comfortable using her platform to talk about subjects she is passionate about. She has urged followers on Twitter to wear masks for the safety of others during the pandemic, and says she would be tweeting about the subject whether she was a professional athlete or not.

“These are huge issues. If someone is on the fence about this and I manage to make them do a little bit of introspection, then I feel like I’ve done the right thing,” Bixby said.

A Milwaukie native who starred at Rex Putnam High School, Bixby (formerly Bella Geist) was a four-year starter at Oregon State and set the school's career saves record. She was selected by the Thorns in the third round of the 2017 draft and has played professionally in Germany and Israel during loan spells away from the club.

Now, Bixby is due to get a consistent run of games throughout the remainder of the Challenger's Cup. She kept a clean sheet in her second start against the Chicago Red Stars on July 1.

Just making it to Utah, where the tournament is being played in a sequestered ‘bubble’ to mitigate the risk of players getting the virus, was a difficult task in itself. Many of the league’s star players opted out of playing in the tournament — including Portland’s Tobin Heath.

Less than a week before the tournament started, the Orlando Pride announced they were dropping out after six of their players tested positive for COVID-19.

Bixby said she had concerns of her own going into the tournament, but the NWSL has been very receptive of players' worries and developed a stringent protocol to make them feel safe and comfortable. All of Portland’s players have tested negative for COVID since entering the bubble, so Bixby is now able to shift her focus to her routine as she acclimates to a bizarre tournament setting that features a jam-packed schedule and no fans in the stands.

“It’s a little weird, but here you can get your communication done quickly and very effectively,” Bixby said. “That’s one added bonus. You’ve got to keep people safe — this is the best way to do that right now.”

The Oregon State men's soccer team has added five more players to its squad for the 2020 season. Transfers Mouhameth Thiam and Brendan Dexter …

Former Oregon State goalkeeper Bella Bixby his stepped into the starting role for the Portland Thorns since the National Women's Soccer League season began this month.

Bixby learned just two days before Portland's season-opening match that she would be a starter.