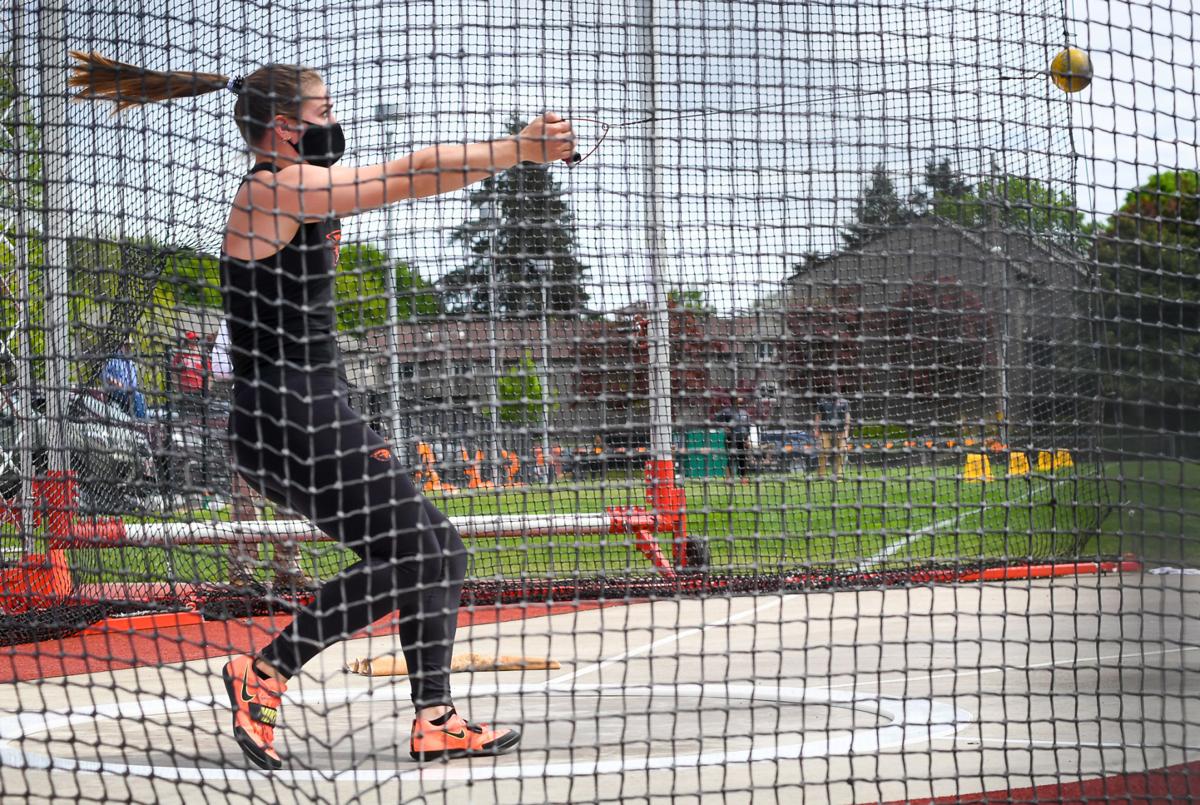 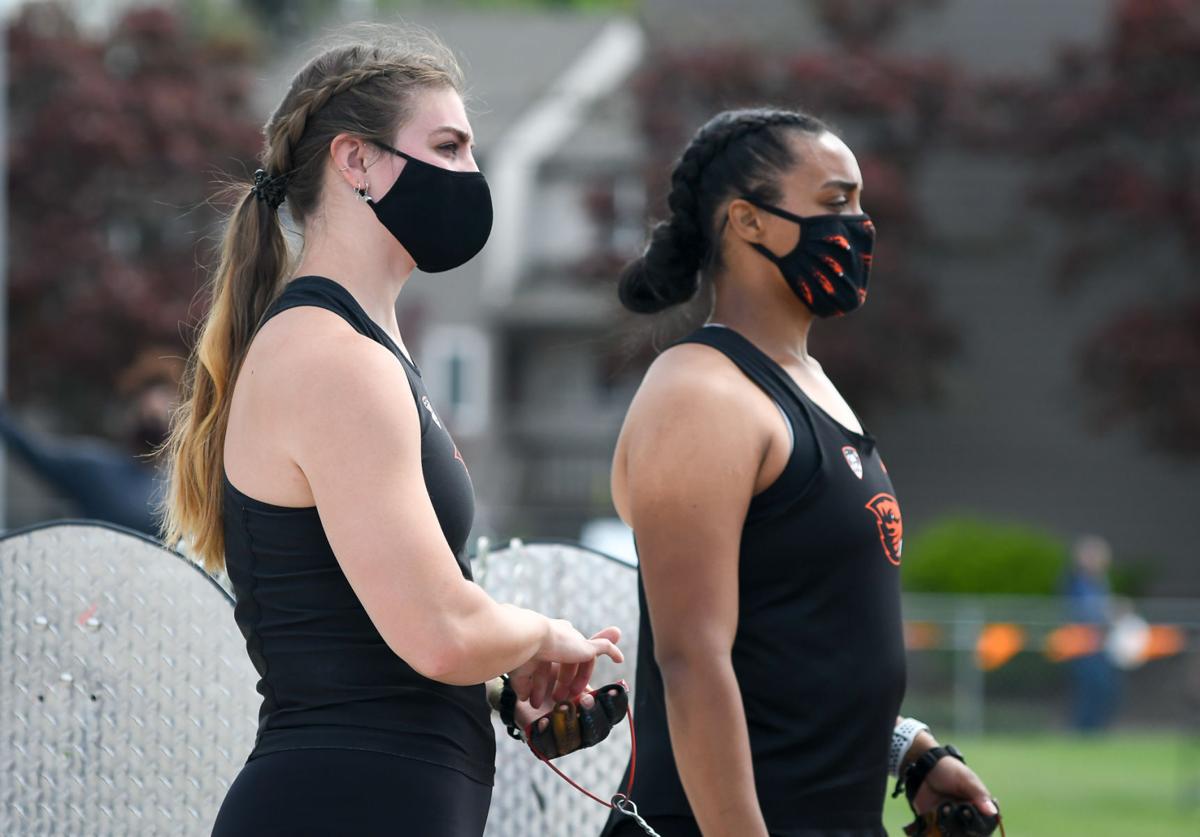 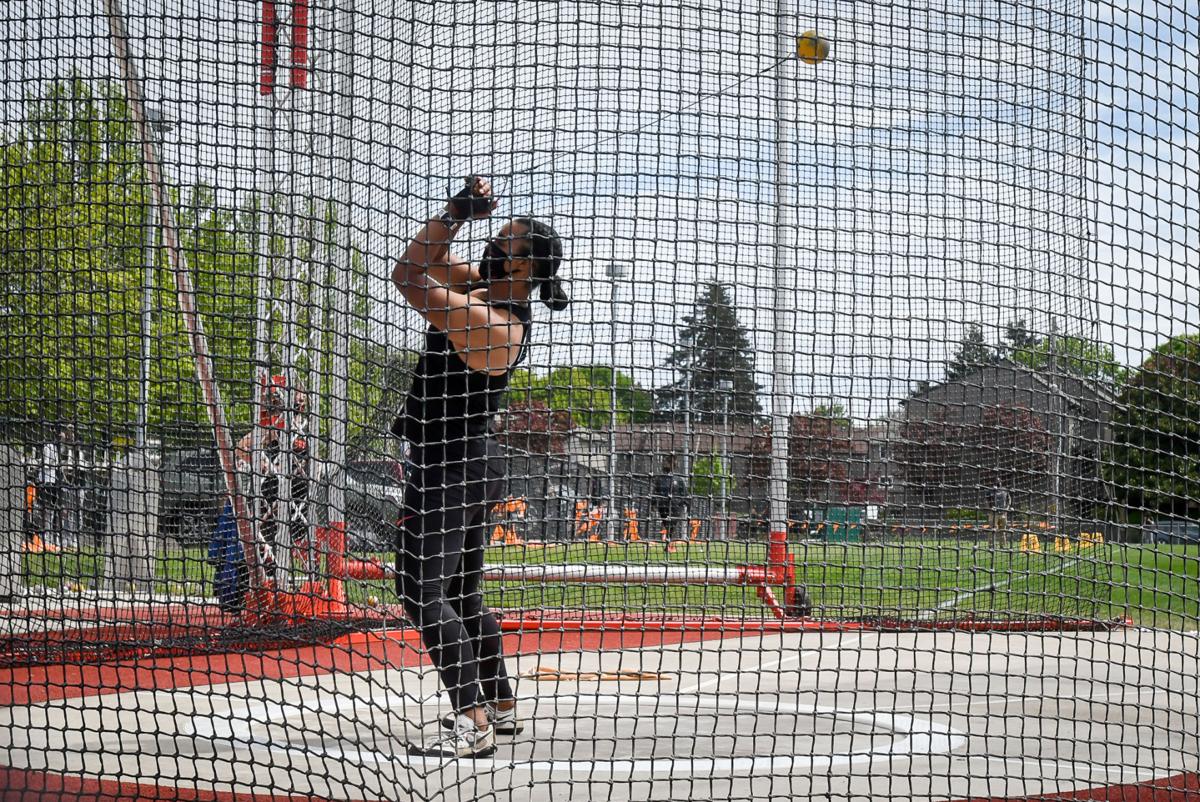 Oregon State's Sydney Guthrie-Baker finished third in the hammer at 192-1, less than four feet off her personal best.

Lindsay McShane could have moved on to nursing school as planned. But finishing her career with a 199-foot hammer throw in 2019, just short of the 200 mark, wasn’t what she had in mind.

The pandemic took away the 2020 collegiate outdoor track and field season, and the Oregon State senior had just a few credits to achieve that spring to wrap up her bachelor’s degree in kinesiology.

But with the NCAA granting Division I athletes an additional year of eligibility, McShane wasn’t ready to hang up her singlet.

She quickly pushed past the 200 barrier in 2021 and has done it four straight competitions after winning Friday’s OSU High Performance Meet with a toss to 207-5, just off her personal-best 208-3 set in early April.

“As soon as I hit that mark this year I totally made everything worth it, going through everything again … coming back mentally and saying I’m ready to do it one more time for that opportunity. To see it actually come to fruition was really exciting for me.”

She had four throws in all over 200 feet Friday at Whyte Track and Field Center and set a new facility record in the process.

McShane, from Amity, was consistently passed 200 and had another at 199-11. Her top mark came on her third attempt. Her second-best throw, 207-4, came on her last of six tries.

Guthrie-Baker, from Springfield, had two marks of better than 190 and was just off her personal best of 195-7 set four weeks earlier.

“It was great to see Lindsay put together a great series of throws and Syd, that was the second-best meet of her life. It shows that they’re doing well,” OSU throwing coach David Dumble said.

“Lindsay, when she can start to hit 63.21 a couple times, it means there’s a 64-meter, 65-meter throw not too far away because it’s not that much different. It was great to see half her throws were right within those four centimeters.”

Dumble said Guthrie-Baker has shown that she can consistently throw at a high level, and two tosses past 190 show that her confidence is up and that her training is going well.

As the athletes peak for the Pac-12 in two weeks in Los Angeles, Dumble believes there are bigger marks ahead for both.

Oregon State’s throwers weren’t able to train together in recent weeks, instead being coached by Dumble via video conference, due to COVID-19 protocols.

Given that circumstance, McShane said she was happy with Friday’s results.

“I do think there was a lot bigger throw in there but it just didn’t happen. So looking for that next weekend” at the Oregon Twilight in Eugene, she said.

“I’m really loving the consistency because I think that’s key to being successful at regionals. You need to have a consistent throw because you have to throw it on that date to get to nationals. I think our training is in the right direction.”

McShane said she had trouble controlling the energy and adrenaline she had flowing through her competing on home ground. It got better as the competition went on and she had confidence that had she had a few more throws a bigger mark could have been produced.

Oregon State got some positive news before the two-day meet began.

On March 17, the NCAA Competition Oversight Committee reduced individual event fields for its two national meet-qualifying regionals from 48 to 32 competitors, eliminating a total of 1,152 entries in the two regionals.

The committee reversed its decision and announced late Thursday that the fields would return to 48 competitors per event and that the meets would be held over four days instead of three in order to better manage health and safety and testing logistics with an additional day of competition. Relay entries will remain at 24, the same number as in pre-pandemic years.

Regional entries are based on season-best times and marks.

Entering Friday’s competition, OSU had four potential regional entries seeded up to 32 and five more in the 33 to 48 range. McShane was 15th and Guthrie-Baker 29th in the hammer.

The NCAA West Regional, which Oregon State is part of, will be held in late May in College Station, Texas.

“I was pretty secured in being able to make it to regionals and I’m all the more thrilled that some of my teammates can really relax and have a better chance to secure their place and go along with me,” McShane said.

Added Dumble: “That was a big source of enjoyment and happiness. COVID usually brings about sorrow, but this was good news to have.”

Oregon State has had its breakthroughs in women’s cross-country, making the NCAA national meet as a team twice in the past three seasons.

Prep track and field: Aiden Paul has left his mark and is looking for more

Aiden Paul is headed off to Stanford University, his “dream school,” later this year.

Without an opportunity to showcase its high-level talent against the rest of the best 5A squads in the state, the Crescent Valley High cross-c…

Saturday’s Philomath Invite was the place to be to see athletes fill up the 4A track and field season-best lists.

Oregon State's Sydney Guthrie-Baker finished third in the hammer at 192-1, less than four feet off her personal best.