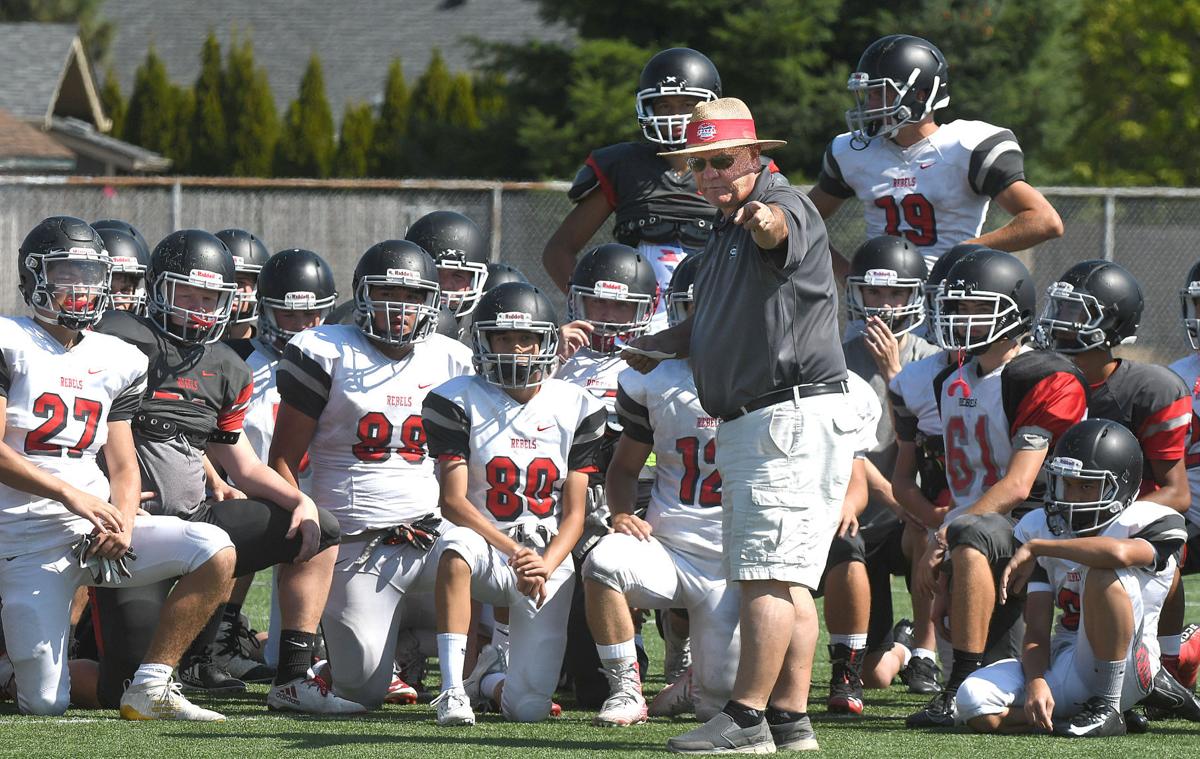 Rob Younger gives instructions to South Albany football players in August 2019. He was an assistant coach to his son, David Younger. 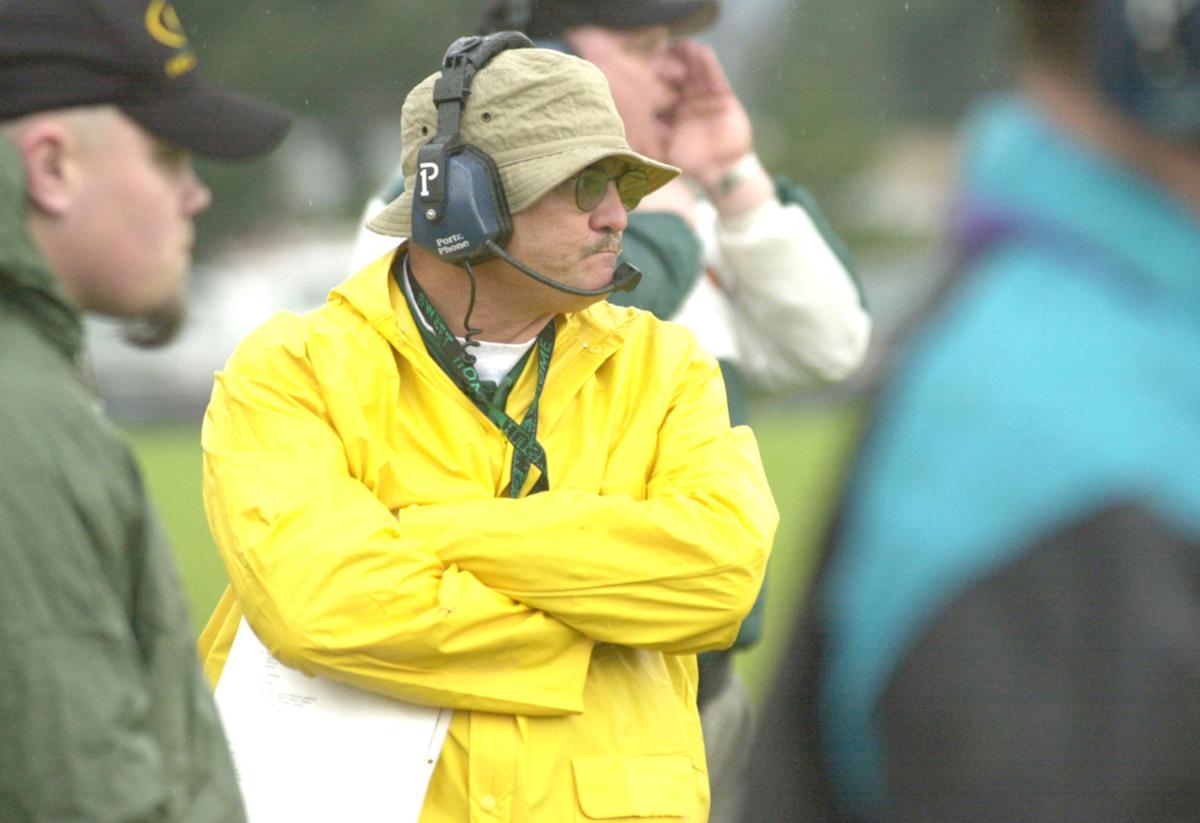 Rob Younger coaches the Huskies in a playoff game against Baker in November 2002.

Former Sweet Home High School coach and teacher Rob Younger will receive a citation from the National Federation of State High School Associations during that organization’s annual summer meeting this week in Orlando.

Younger is currently the executive director of the Oregon Athletic Coaches Association. He will be one of 20 award recipients recognized during a Wednesday awards luncheon.

The NFHS is an organization that has provided leadership for high school athletics and performing arts since its founding in 1920. It is composed of state high school associations in the 50 states plus the District of Columbia.

At Sweet Home, Younger was seven times the conference coach of the year in football and twice in softball. His high school coaching career spanned more than four decades, including 30 years at Sweet Home.

Younger, a longtime collegiate and high school baseball umpire, was most recently an assistant football coach on his son David’s staff at South Albany.

He joined the OACA, which is based in Albany, after his retirement from Sweet Home in 2010. In 2007, he received the American Football Coaches Association's Power of Influence Award.

At the time of his retirement in 2010, Younger said there wasn’t a particular touchdown or game that came to mind.

"As you get older, you realize that wins and losses come and go. When you're in the coaching profession, you live for those wins. That's what drives you," he said.

"But that doesn't become the important part. Things that I will take most dear to my heart are those special moments, those special relationships when players come back five, 10, 25 years later and start talking to you. Those are the things I treasure and will always, always remember."

David Younger has always been interested in what it would take to be a college football coach.

Rob Younger gives instructions to South Albany football players in August 2019. He was an assistant coach to his son, David Younger.

Rob Younger coaches the Huskies in a playoff game against Baker in November 2002.