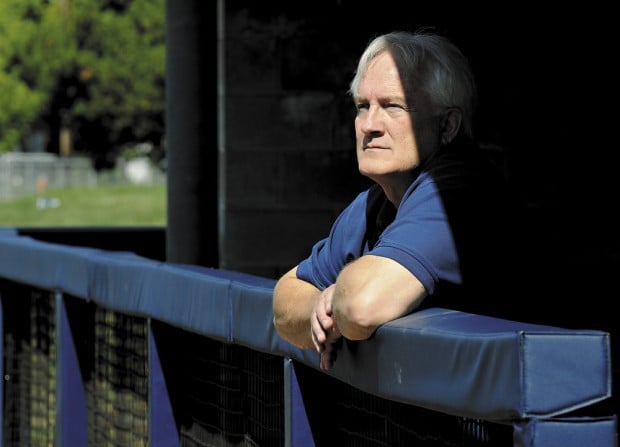 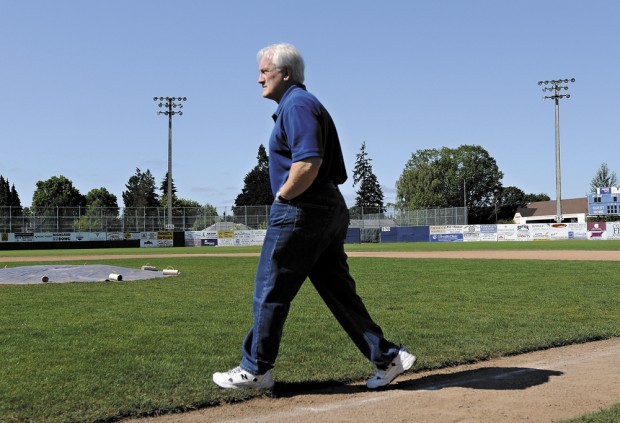 Greg Warburton worked with pitchers for both the NCAA baseball and softball College World Series winners this past spring, helping them with their mental approach to the game. (Amanda Cowan | Corvallis Gazette-Times)

Each pitch was an adventure for Konner Wade.

The strike zone was becoming more and more elusive.

Wade, a sophomore pitcher for University of Arizona in the spring, was losing control of his pitches and his thought process.

Just trying to push the problem out of mind wasn’t working.

“I had some trouble throwing strikes early,” Wade, currently throwing for the Wareham Gatemen of the Cape Cod League, said.

“I got a recommendation from one of the coaches to give Greg a call. He gave me some exercises to do to clear my mind and throw strikes.”

Warburton practices energy psychology and teaches EFT (emotional freedom techniques) which include tapping the energy points in the accupuncture system.

“I just taught him how to physically tap while he’s tuned into, ‘I’m worried I can’t control pitches’ or doubting himself or mad at himself,” Warburton said.

Wade used the tapping method on occasion and other exercises, such as crossing legs to one side and then the other, regularly.

The improvement was gradual.

Wade’s walks piled up. So did hit batters.

His earned run average ballooned in May.

Then he started finding the zone.

Wade finished the season at 11-3, whittled his ERA down to 3.96 and led the Wildcats to the national title.

Wade went 4-0 in the postseason and tossed two consecutive complete games in the College World Series, a five-hit shutout of UCLA and a 5-1 win over South Carolina in the first game of the championship series.

He credited his faith first for the turnaround, but acknowleged Warburton’s exercises.

“I think it just frees your mind,” Wade said. “When you’re thinking about a lot of stuff on the mound it doesn’t help.

“I didn’t think about everything that was going on, I was just focused on the pitches I needed to make at that moment.”

In addition to Wade and the Arizona baseball team, Warburton worked with players on the University of Alabama softball team that won the national title this spring.

“Greg is one of the most professional people we have worked with in my 16 years at Alabama. He is great at what he does and gets results in a hurry. Greg teaches practical methods to help athletes become self-reliant with clearing emotional upset out of their system. He also takes some pressure off the coaches: we no longer have to struggle with just the right thing to say or do. He is top-notch at his work!”

Warburton worked with players on both title teams from OSU and at Texas Tech when pitching coach Dan Spencer went to Lubbock.

Warburton said players like Wade struggle because negative thoughts such as they can’t throw strikes not only stays in their brain but affects the body as well.

“Their brain runs their body and their body has been messed up physically because of the thinking that’s going on of, ‘I can’t control my throws,’ ” he said.

“When you can’t do anything like you want to, then it just builds on itself.”

He found that the usual ways athletes were taught to overcome those mental glitches just didn’t work well.

Warburton has been teaching the method since 2000 and using it in his counseling of youth as well as athletes.

“I found it useful for clearing out the excess emotional energy in the mind and body,” he said.

“The difference between this and accupuncture is you’re teaching young athletes to tune their mind into what’s happening.”

Warburton is aware that some people might view EFT as well, a bit strange.

Although the energy technology field is about 30 years old, it is still in the process of acceptance.

“It’s still far from mainstream, however, there’s a huge anecdotal body of evidence that supports its effectiveness,” Warburton said.

Warburton encourages everyone to give it a chance.

“The reaction from young people and adults is that it’s pretty unusual. It doesn’t make sense that you can tap on your body and be a better athlete,” he said

“So I never argue with anyone that thinks it’s unusual and I invite them to try it and see what happens.”

Local high school coaches such as Casey Fries and Eric Dazey have also used the techniques.

Curious, Dazey showed up and then introduced himself to Warburton after the event.

They’ve met on occasion since then to talk about sports psychology.

Dazey introduced the Spartans to tapping and some of the other exercises the last two seasons.

“We’ve introduced tapping so that the kids would be aware of it as a tool because it is an emerging technique that you will see at the highest level of sport,” Dazey said.

“We will continue to expose the kids to that as one of the tools in the package with which they could manage their mental game.”

Warburton uses the techniques himself.

He was a multi-sport athlete in high school, playing football, basketball and baseball before attending Boise State, where he played one season of baseball.

Warburton graduated from BSU in 1974 and kept active by running.

That changed in the summer of 1979. Warburton was riding his motorcycle near Sun Valley when a vehicle turned into his path. He put the bike into a skid.

The result was a traumatic amputation of his leg below the knee.

He volunteered at a boys town during his convalescence.

“It changed my direction,” Warburton said.

Warburton began working with young people as a counselor.

He graduated from Oregon State in 1984 with a counseling degree. He has taught classes at OSU and Linn-Benton Community College and worked at the Counseling Center as a therapist.

He currently works at the ABC House in Albany as an independent counselor.

“What I want to have happen is to have some awareness,” he said. “I want young people to know there are actual concrete skills that can (help them) to be better athletes and better students.”

Inaugural baseball league creates opportunities for those with area ties

Austin Crowson is happy to be getting back to a baseball field after two years away.

The last time the Salem-Keizer Volcanoes took for field for a game was on Sept. 5, 2019, a playoff game against the Hillsboro Hops.

Crescent Valley High grad Kevin Geniza finished in a four-way tie with a 2-under 69 in a U.S. Open qualifier at Indian Ridge Golf Course in Pa…

Linn-Benton Community College outscored Lane 13-3 in the final 7 minutes, 11 seconds of the game to mount a comeback that included several cha…

Greg Warburton worked with pitchers for both the NCAA baseball and softball College World Series winners this past spring, helping them with their mental approach to the game. (Amanda Cowan | Corvallis Gazette-Times)