GAPS director of operations resigns; cites lack of trust in board, interim chief 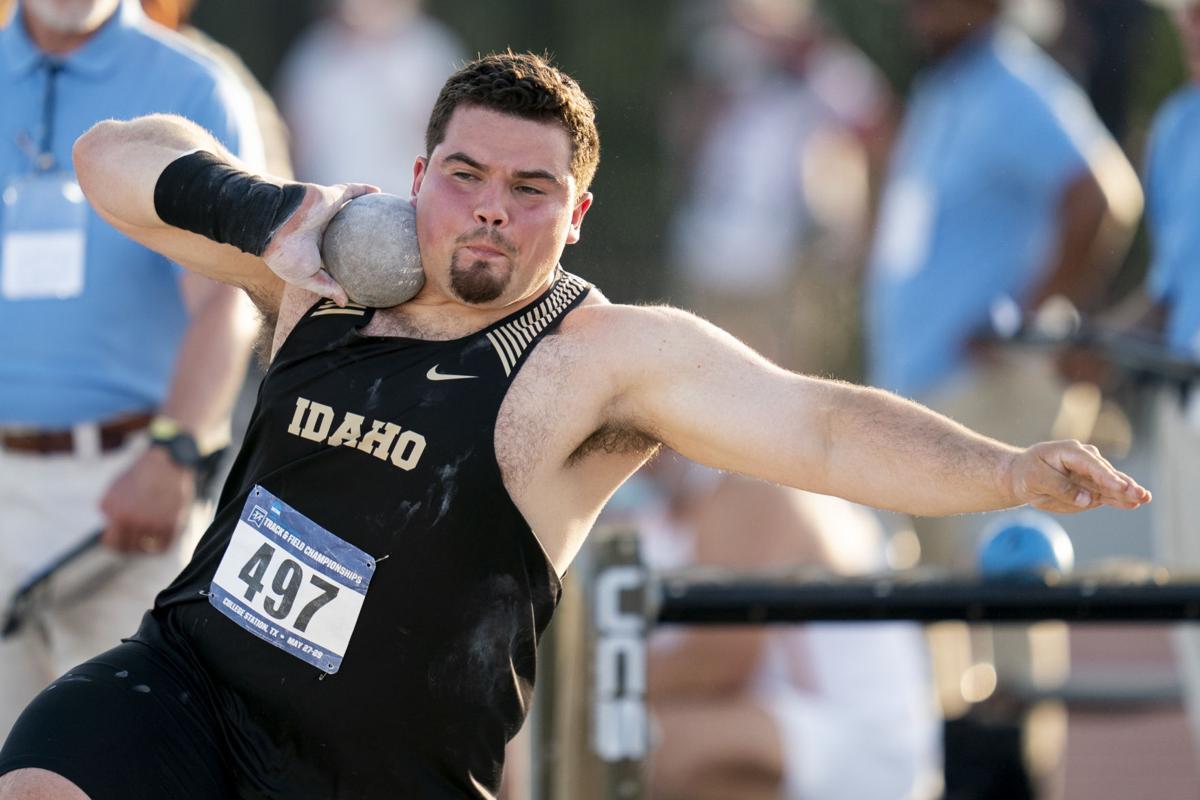 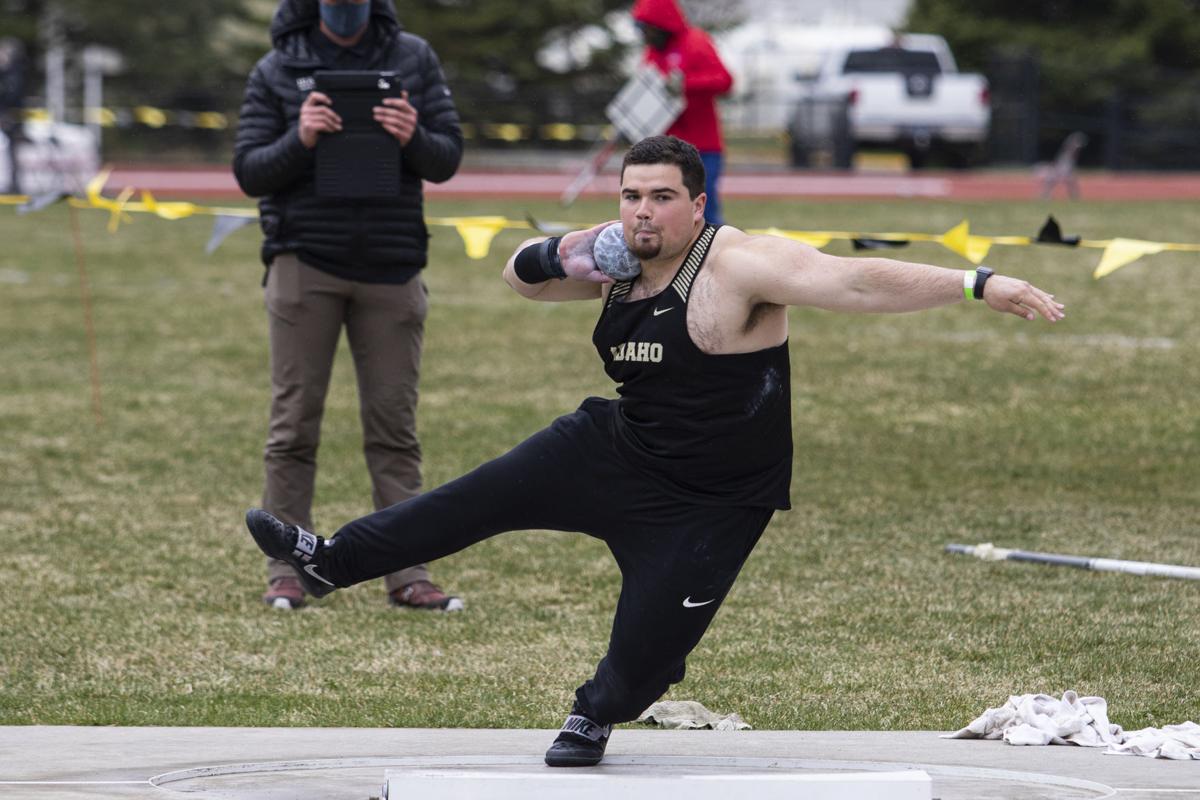 Zack Short spent time in 2020 away from competition working on ways to improve. 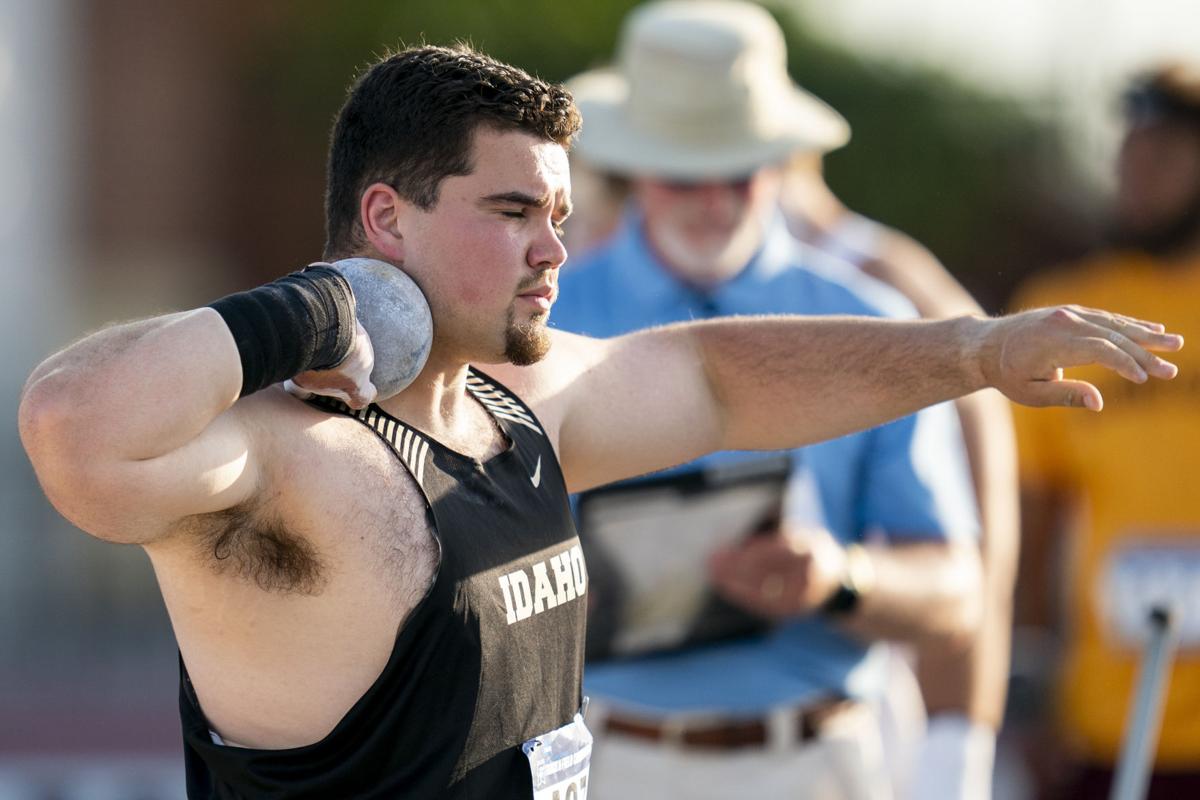 Not having a 2020 collegiate outdoor track and field season didn’t seem to slow down Zack Short in the pursuit of his goals.

It only created a longer timeline while giving the University of Idaho standout and Lebanon High alum a chance to step back and evaluate his day-to-day process.

Short, a senior with the Vandals, reached another milestone last week when he finished fifth in the shot put at the NCAA Division I West regional to qualify for his first outdoor national championship meet next week at Hayward Field in Eugene.

“It’s been a goal for a long time and it’s been a long wait to get another crack at it,” said Short, who has been living and training back home in Lebanon since the onset of the pandemic in March 2020.

It was a difficult change of plans, especially after a second straight strong indoor season and marks that showed he was headed in the right direction.

“We had a little more time to change some things up,” said Brett Olsen, Idaho’s throwing coach, who has been working with Short since joining the program in 2018. “I think mentally it kind of refreshed him. He’s just as fired up as ever.”

Not competing outdoors in 2020 was a disappointment, but Short says he believes it worked out better than if he had a season.

With help from his coaches, he made changes to his strength training methods and learned more about his body.

Specifically, he gained knowledge on which lifts would correlate to better throws when he returned to the shot put ring. He also worked extensively on the start of his throw, discovering the use of different parts of his body to bring more energy and what worked for him.

At 5-foot-10, Short is at a height disadvantage compared to most of his competitors. He continues to work on maximizing speed and technique and being efficient in his movements.

Short began throwing during the summer after his fifth-grade year. It was in seventh grade when he started to understand how important time spent in the weight room was to making progress.

He was a soccer and basketball player growing up and often found that he was small to be throwing once he reached track season in the spring. Going into his junior year of high school, when college coaches begin looking at marks, Short had to decide what he wanted to do.

Rocky Knuth, his private strength coach in Lebanon, was in his ear.

That was on top of lifting three times a week and throwing twice in the offseason. The result was an 11-foot personal best throw, and he was seeing the benefit of taking strength training seriously.

Short went on to win two 5A shot put state titles and helped the Warriors win a team championship as a junior in 2015.

Weight training remained a priority as he headed to Moscow. He entered his freshman year at about 225 and reached 280 earlier this calendar year. He’s currently at roughly 275, which he says is a solid weight for him because he feels good and he can move well.

Short returned to collegiate competition this winter and collected his fourth Big Sky Conference shot put title with a win indoors and got his fifth at the conference outdoor meet in mid-May.

The outdoor win was sandwiched by a pair of collegiate outdoor PRs, at the OSU High Performance Meet in Corvallis and then again at the NCAA West Preliminary Round in Bryan-College Station, Texas, where his toss to 64 feet, 8 inches was the seventh-best mark of the two NCAA-qualifying meets. A 12th-place finish or better in each regional was necessary to advance to Eugene.

Olsen said Short has gotten significantly stronger in the time they’ve worked together, pointing to a large jump in the max weight in all of his lifts.

Short has a better technical understanding of the event and what he wants to accomplish in the back, middle and front of the throwing ring.

“His mental approach has really grown, but I think that just comes with time. It also comes with who he is as a person. He wants to maximize every aspect of it,” Olsen added. “He’s the type of athlete you want to coach. A hard worker, asks questions, a student of the sport in every aspect. He’s awesome to work with.”

Short was motivated while training with teammates at Idaho but says that his solo efforts in Lebanon haven’t been a negative.

He credits the progress in the length of his throws to continuing to learn technique through asking questions and experience and focusing on a small number of aspects. All while believing that his training has put him in position to succeed.

“Throwing by myself has really allowed me to feel things, rather than my coach always being there to tell me what he sees. I’m forced to feel the things that I’m doing wrong,” Short said.

Conversely, if he feels something on a certain throw and the ball goes far he reminds himself to keep doing that.

Having competed in many big meets in the past, he heads to Eugene with the knowledge of what he needs to do and how to control any nerves that might pop up.

“It’s really just a matter of focusing on myself and knowing those one or two things that I’m thinking about when I’m about to throw and just going out and having fun with it,” Short said, adding that competing this spring against lower-division athletes has helped him maintain that focus. “This year has been a lot of fun and I think that’s the approach I take to competition. Let’s go see what I can do, lay it all out there, have fun. You’ve done everything you can to put yourself in this position.”

Whatever happens at Hayward to end his collegiate career, he plans to continue throwing.

A Honduras native and a dual citizen of the United States and Honduras, Short has competed three times for his native country, including the 2019 Pan American Games in Peru.

His mother Emilia’s family is from Honduras and he was born in the capital city of Tegucigalpa. Three weeks later, the Short family moved to Roseburg and then to Lebanon when Short was 5.

“It’s just another way to repay my ancestors and my grandma (Tita), really. She worked three jobs … and she was a single mom,” Short said. “She worked so hard and it’s just a way to be connected to the country and my family down there.”

Short has the Honduras national outdoor record at 64-9¾, achieved while competing unattached at a meet in April, as well as the indoor mark at 65-0, which he threw in February 2019.

During high school he heard of other athletes making similar inroads with their native countries and pursued the possibilities. Injuries near the end of his high school career didn’t allow it to work out for Short at that time.

“It was perfect timing and it was a great experience,” Short said. “I’m looking forward to some opportunities in the future to represent Honduras again and get some more international experience.”

He’s more than four feet off the standard to qualify for this year’s Summer Olympics in Tokyo and considers himself a longshot to be chosen.

Because Honduras doesn’t have any qualifiers by times or marks or among the top 32 in the world rankings, the Olympic committee can include one of the country’s athletes. But those types of selections often go to athletes on the track, where more spots are available.

“You never know what will happen, but I’m definitely focused on this meet coming up and looking to do well,” Short said. “Whatever happens at that meet I’ll be happy with and look to continue to get better and keep throwing even after the collegiate season.”

What sports are most affected by weather?

Olympian Tom Daley knits while watching in the stands in Tokyo

Olympian Tom Daley knits while watching in the stands in Tokyo

Corvallis Knights return to the field

The Corvallis Knights appear ready to take advantage of a summer baseball season after missing out in 2020 due to the pandemic.

Sage Kramer got nervous at the thought of going out for track and field, a sport she was completely unfamiliar with and unsure of all the even…

A late high school sports season and graduations have created some challenges at the start, but Corvallis American Legion baseball is back on …

Zack Short spent time in 2020 away from competition working on ways to improve.