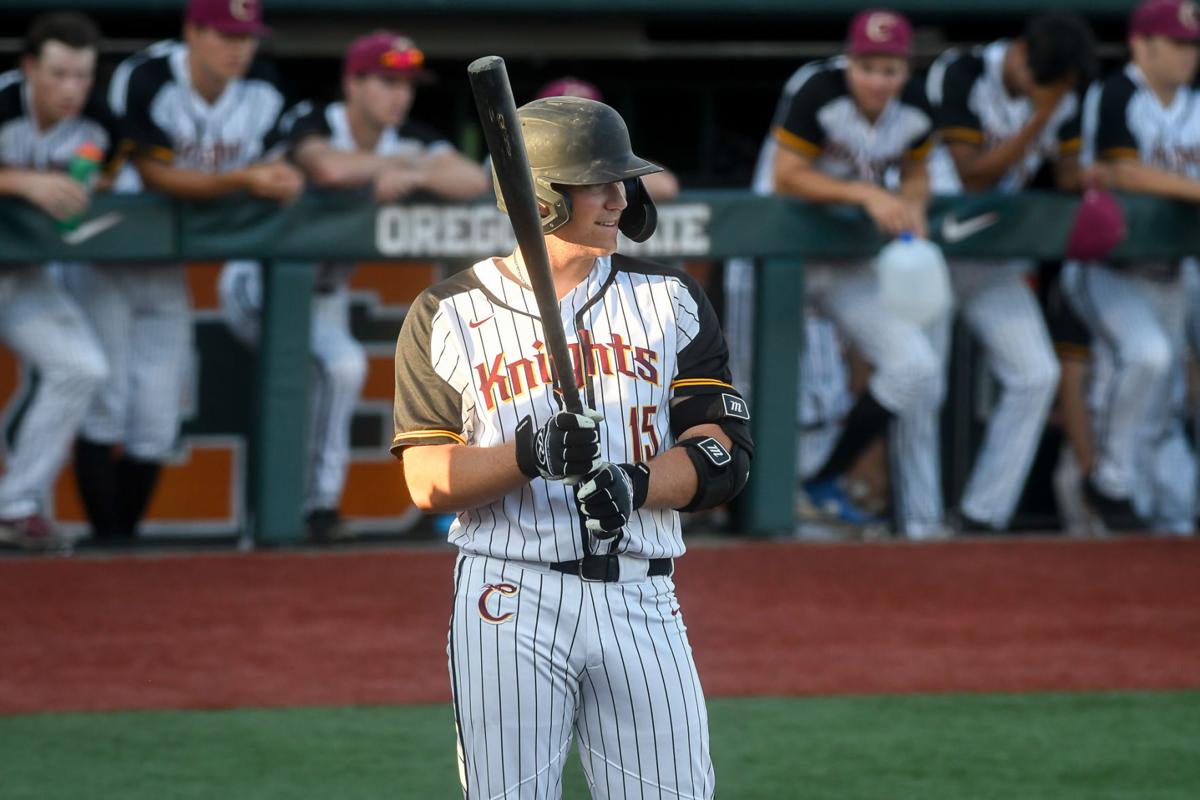 Braden Boisvert has made an impact as both a power bat and shutdown reliever for the Corvallis Knights this season. 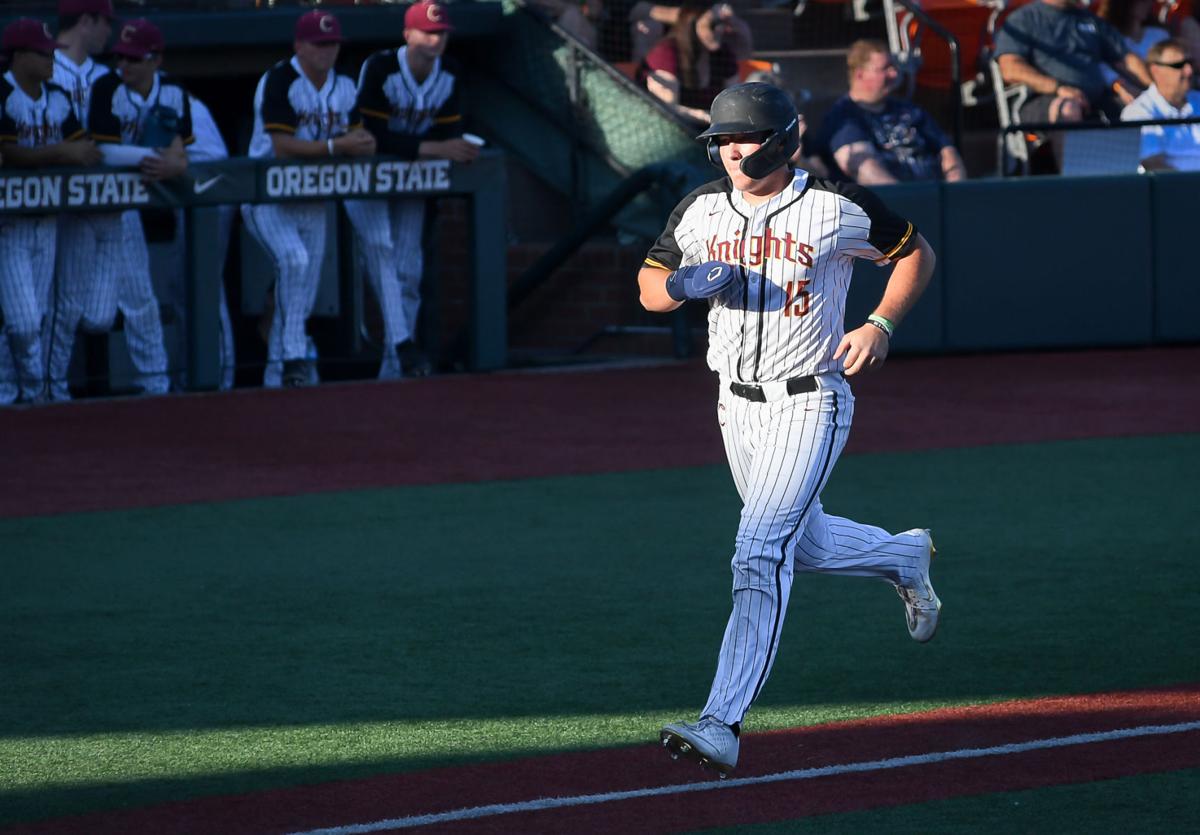 Braden Boisvert will play at Oregon State next season. He previously played at junior colleges in Arizona and Kansas. 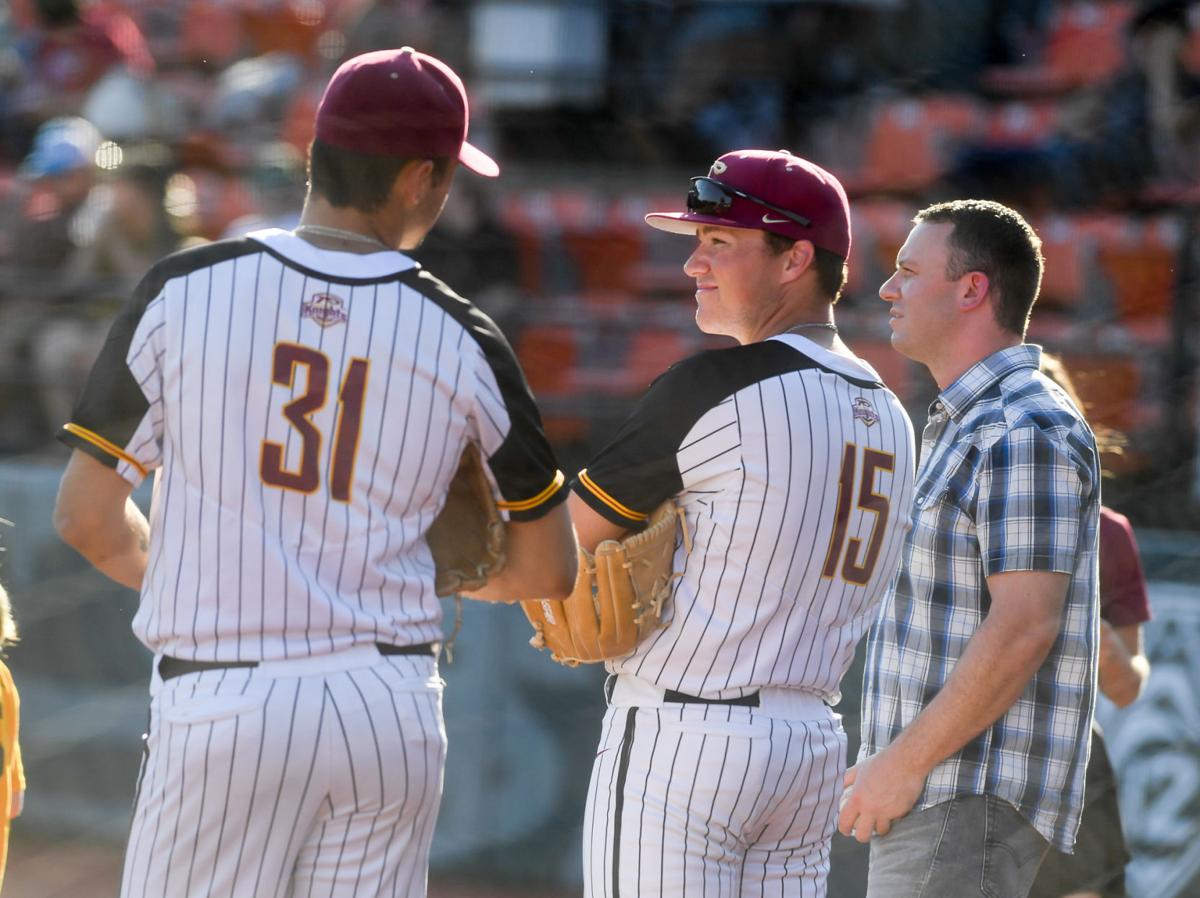 Braden Boisvert's four home runs are the most of any player on the Knights' roster.

There’s a simple explanation as to why there are so few two-way baseball players beyond the high school level.

It’s really, really hard to do.

To master the art of hitting or throwing a baseball, and put in the countless hours required to hone either craft, is difficult enough on its own. Most players are lucky to make it to the college level doing one or the other. To do both simultaneously — and do so at a high level — takes a special type of talent.

So, how has Braden Boisvert managed to become the first Corvallis Knights player in more than a decade to pull double duty in the West Coast League?

Physical talent is part of the answer. Boisvert, a sophomore from Sonoita, Arizona, who will play at Oregon State next season, possesses a fastball that has touched 97 miles per hour and he mixes it with a wipeout slider. He also has enough easy power in his bat that he smashed three homers in his first five games this summer.

Those physical tools go a long way. But it’s Boisvert’s mentality that has helped him succeed at something that would be entirely overwhelming for most players.

“It actually helps me be able to hit and pitch,” Boisvert said. “If I’m having a rough day at the plate, I can almost go take my anger out on the mound. Then on the other side, it helps me think about how pitchers would approach me.”

In 79 at-bats with the Knights this summer, Boisvert is hitting .228 with 19 RBIs and a team-high four homers. On the mound, he owns a 1.22 ERA and five saves in eight appearances while serving as a backend bullpen lynchpin for the 25-8 Knights.

He is the first Corvallis player to play major roles both on the mound and at the plate since Dylan Jones and Matt Boyd both did so to great success in 2010.

Boisvert’s bat has cooled down a bit since his hot start to the season, and as of late, he has been sidelined by a nagging injury. The Knights will play it safe to ensure that he remains healthy enough to be a mainstay in the lineup, but they will continue to lean on him as a late-game pitching option, too, as long as he is healthy.

“He’s really mature and has a mature mind,” Corvallis coach Brooke Knight said. “He’s really diligent in the way he goes about it. You don’t worry about Braden at all. He’s a smart kid and a professional. … It’s just a matter of him feeling good.”

So could Boisvert continue as a two-way player beyond this summer and impact both parts of the game for Oregon State? The answer to that question is still working itself out.

He was originally recruited by Oregon State coaches Mitch Canham and Rich Dorman as a pitcher — thanks in large part to his highlight reel that circulated through social media.

Boisvert spent his first season of college ball at Scottsdale Community College and split time as a corner infielder and relief pitcher. The next season, he transferred to Seward County Community College in Kansas and still worked as a two-way player, but began to blossom at the plate.

“We sent out some video of me throwing 95-97 and (Dorman) happened to see it,” Boisvert said. “They gave me the opportunity to come up here. It was something where they’ve had so much success in the history of the Oregon State, it was like, ‘If I can get in there and make it work, it will be a really good thing.’”

Canham has left the possibility of Boisvert continuing double duty for the Beavers next season open, and Boisvert hopes to make an impact at the plate during fall ball and then evaluate his options from there. But even if he only ends up pitching at the Division I level, he could help Oregon State out immediately.

“He has a really short arm circle, so his fastball jumps on guys,” Knight said. “I mean it’s not only 95-97, but it’s a position player-like arm circle when he cuts it close. It gets up on guys pretty quick and the spin rate is really good with all of his pitches.”

For now, he is simply enjoying the opportunity to play as much baseball as possible and help the Knights however he can.

Doing so means putting in the same amount of work with both aspects of the game that other players only need to put into one side. His pregame afternoons often feature a dizzying mix of cage work, tee work, batting practice, ground balls at first, a throwing program, arm and shoulder maintenance and the occasional bullpen session.

“It’s new for me,” Boisvert said. “Being at Seward, I was almost exclusively a hitter. When the ninth inning rolled around if the game was close, I would pitch. Over here, it’s been a combination of slowly learning how to do it. Recently I’ve been doing more pitching stuff.”

For Boisvert, though, it's all worth it. He has never decided if he likes pitching or hitting more, because he’s never had to. For as long as he can do both at an effective level, he will continue to do so.

“It’s moments for me. I have moments where I'm like, ‘I want to be on that mound and there’s nothing else I want to do. … but hard work is the key. I’m willing to come out at any time and be early to get the work done.”

Braden Boisvert has made an impact as both a power bat and shutdown reliever for the Corvallis Knights this season.

Braden Boisvert will play at Oregon State next season. He previously played at junior colleges in Arizona and Kansas.

Braden Boisvert's four home runs are the most of any player on the Knights' roster.