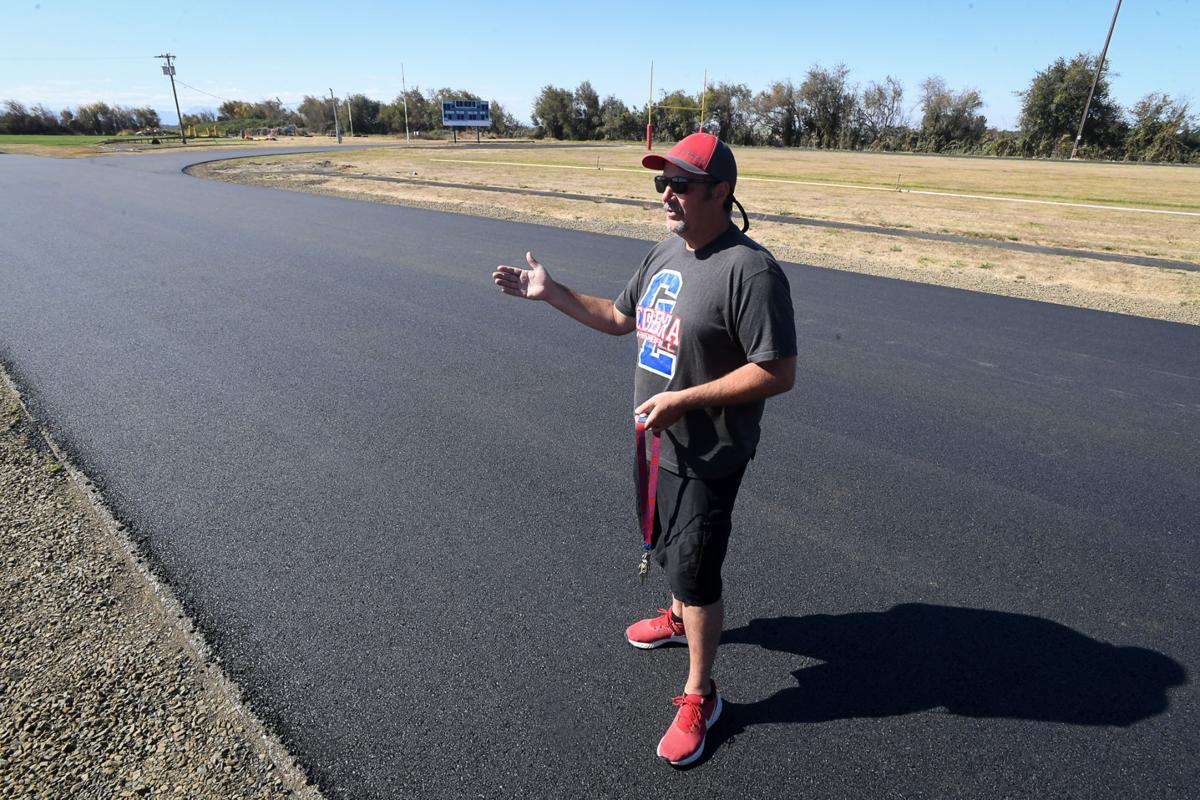 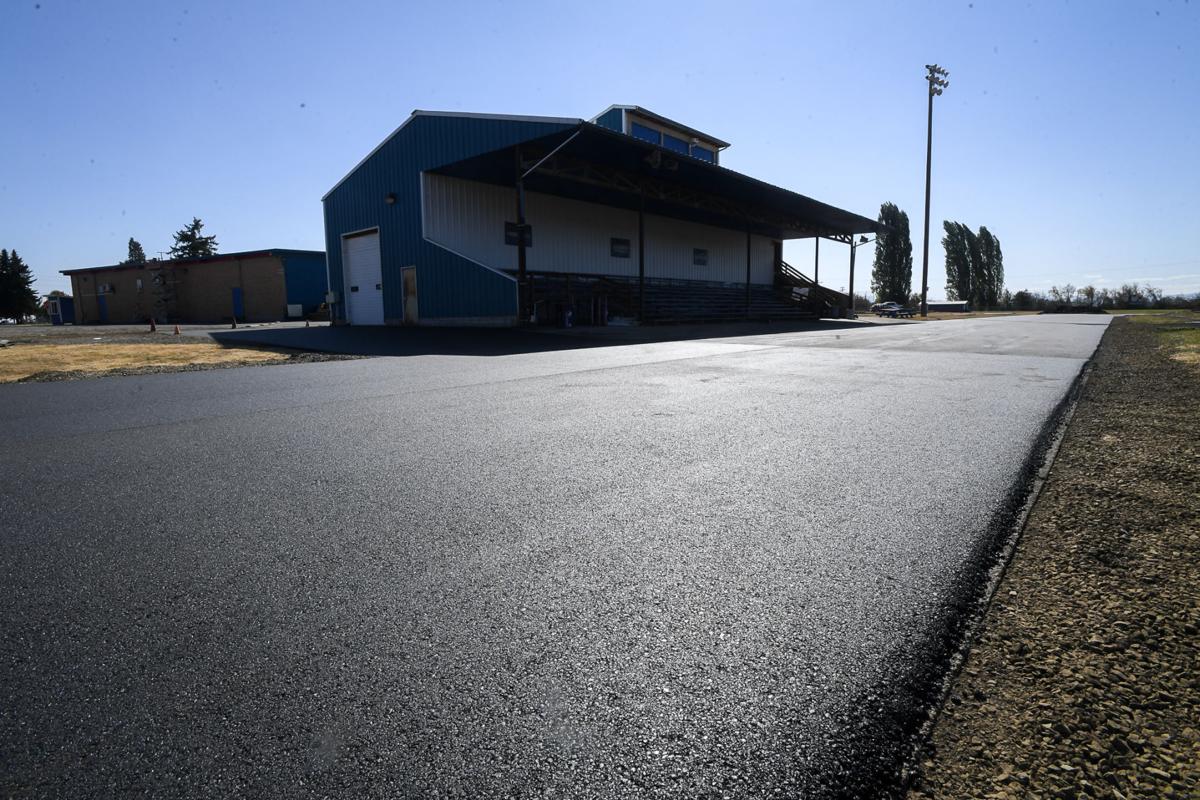 A new track is under construction at Central Linn High School. 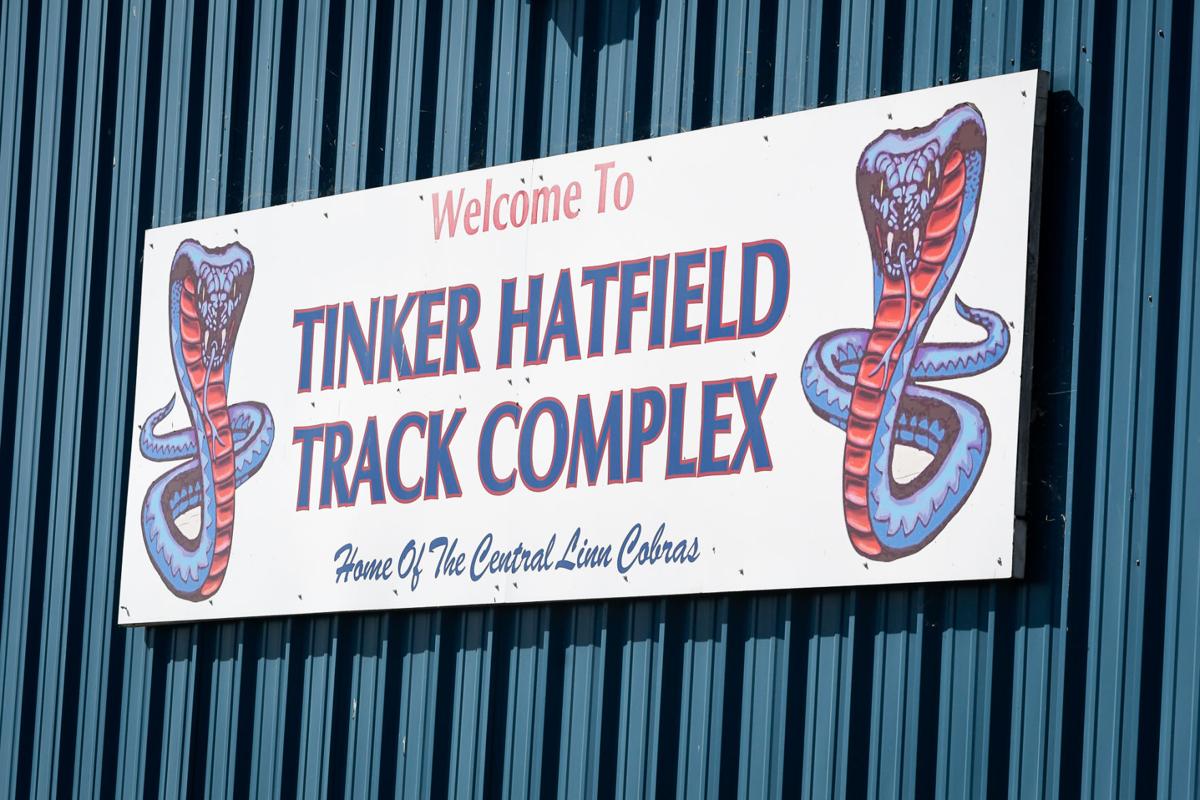 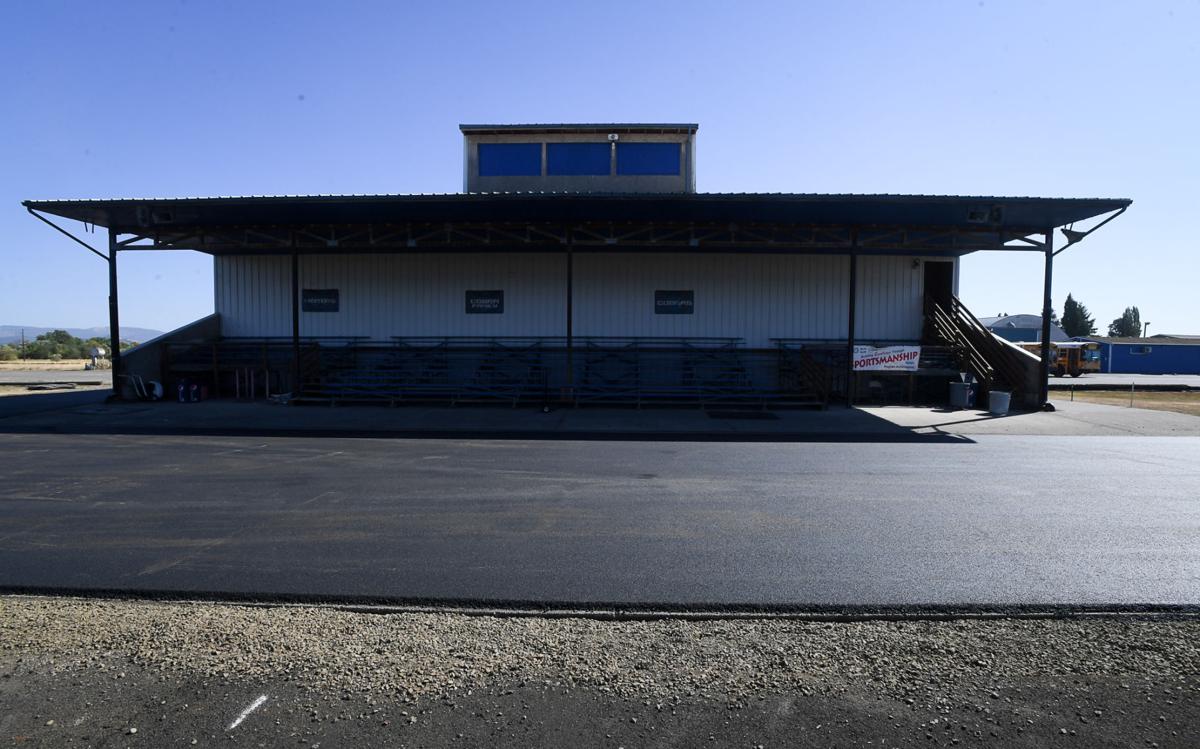 A new track under construction at Central Linn High School.

HALSEY — For more than a decade, the Central Linn High track and field teams have been the ultimate road warriors.

Because of the poor condition of the track surface, the Cobras have not been able to host a home meet or even practice without limitations for the past 12 seasons. But thanks to a community effort, the school is installing a new track which will be completed in September.

Central Linn Athletic Director Mike Day served as the school’s track and field coach from 2010 to 2020 and worked for years to raise funds for a new track. This summer, the campaign took on new life thanks to a significant commitment from a donor who wishes to remain anonymous and the project is now moving ahead quickly.

The old track surface has been removed and an asphalt base has been installed. This surface has to cure for about a month before the rubberized top layer can be put down and the lane lines painted.

“We’re super excited. The last 12 years we’ve been without a track. This track’s been condemned since 2008, I believe,” Day said. “I had the pleasure of coaching some really, really good track teams around here that never had a home meet.”

The most recent run of domination by the Central Linn boys took place despite not having a home track.

“The kids are really resilient. I remember in practices we had certain areas of the track we just couldn’t run on because it was straight down to the asphalt. There were certain lanes we could use when we were doing handoffs,” Day said. “They were almost proud of winning state titles without a track.”

One of those runners was Zach Holloway, a 2012 Central Linn graduate who won the state championship in the 1500 meters in 2011.

“As a distance athlete I didn’t do a lot of workouts on the track because it was like concrete at that point, there were so many holes and patches. We really just had to do a lot of our workouts off the track. It wasn’t really something we were able to use at all, which obviously it’s a disadvantage, but we were pretty successful and effective without it,” Holloway said.

Holloway went on to compete for Western Oregon University (WOU). After earning a graduate degree at Adams State University in Colorado, Holloway returned to WOU as an assistant track and field coach.

The original track at Central Linn was constructed in 1960. Day said school staff and community members went to central Oregon to pick up the cinders which were used to build the base.

The track was replaced with a more modern rubberized surface in 1971 and that track was refinished again in the early 1990s, Day said. But years of heavy use took a toll and by 2008 the surface was in very poor condition.

Several years ago, Tinker Hatfield, a Central Linn alum who went on to become a famous shoe designer for Nike, donated funds to the school as seed money for the track project. Day said over the years several efforts have been made to raise additional funds, but those campaigns eventually fizzled out.

That changed this spring after Kirt Glenn was elected to the local school board. During his campaign he discussed the need for a new track and not long after his election he received a phone call from a potential donor.

Within weeks a project that had been dormant became fully operational. With a commitment to help pay a significant amount of the cost in place, the Cobra Boosters sprung into action and more cash and in-kind donations were made.

As a result, a project which had an estimated cash cost of $700,000 is being completed without any direct funding from the school district.

“Having the community come together like this is amazing,” Glenn said.

Day said booster club members have put a lot of sweat into the projects over the past few weeks.

“Our booster club has done a great job of coming out and clearing away glass, clearing away gravel, moving gravel wherever it needs to be,” Day said. “The community has come in and done all this prep work for us.”

Among the tasks they have completed is installing new drainage tiles around the field. Drainage has been a problem for years and Day believes that has been fixed and the field will drain properly down to Spoon Creek.

Glenn said the Cobra Boosters are still seeking donations to help finish up the final part of the project. A fence is going to be installed around the stadium to protect the surface and projects such as the pole vault pit and discus ring still need to be completed.

The school also needs to purchase more than 100 hurdles at a cost of more than $100 each, as well as an automated timing system.

“They’re small things but they add up,” Day said.

Among the volunteers this summer have been several members of the track teams who never got to experience a home meet. As these former athletes discussed how cool it would be for the school to once again host meets, an idea was born.

“We should do an alumni track meet. Invite everyone who never got to run on this track,” Day said.

If his schedule allows, Holloway would be honored to take part in this inaugural meet.

“I would love to attend,” he said.

Because of the project, the football team will start its season on the road. Central Linn will play four road games before hosting its home opener on Oct. 1 against Monroe.

Central Linn High dominated the 2A boys track and field division between 2011 and 2015, showcasing its individual talent and depth to claim fi…

A new track is under construction at Central Linn High School.

A new track under construction at Central Linn High School.