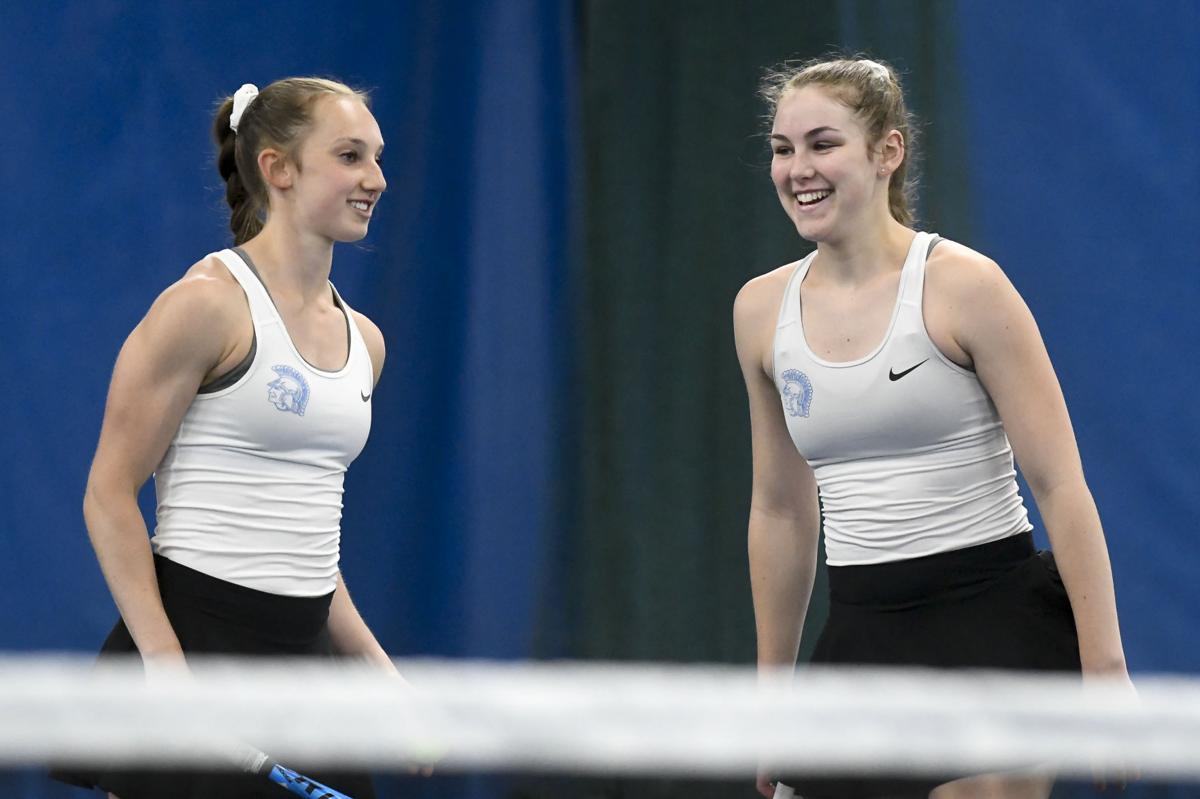 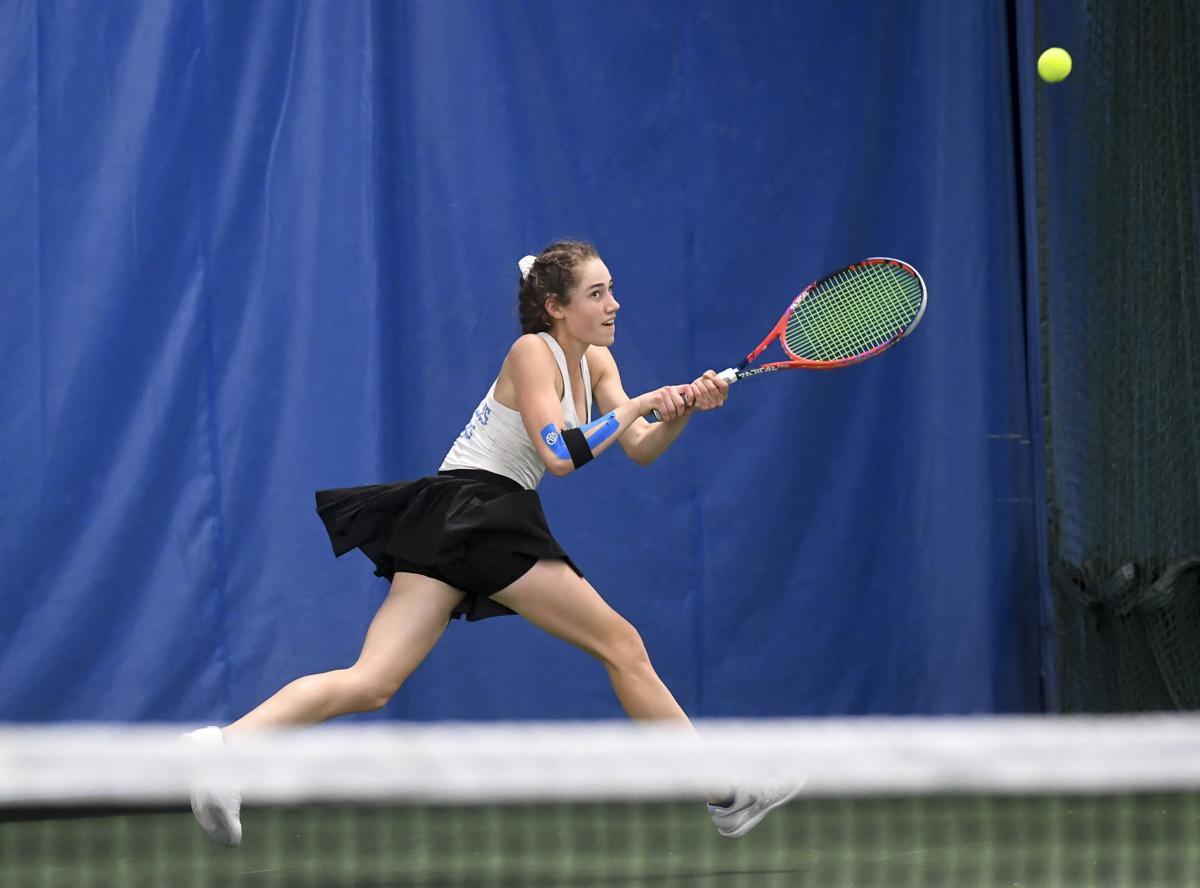 Corvallis' Journey Lipscomb, here at the Mid-Willamette Conference district tournament in 2019, placed third at the 5A state tournament. She was fourth in the 2018 state tourney.

Only a pandemic has slowed down the dominant run of the Corvallis High girls tennis program.

The Spartans had plans to chase a sixth straight OSAA 5A state championship when the COVID-19 pandemic wiped out the 2020 spring season.

But not before a combined five singles and doubles state titles had the team raising a new blue trophy each of the past five seasons.

The Spartans’ championship run began in 2015 with a shared title with Ashland, both with 12 team points. It was a tight four-team race, as Bend had 11 points and Marist Catholic 10.

Tessa Kern was third in the singles bracket and fellow freshman Sarika Kumar won the consolation title. The Spartans’ doubles team of Catrina Liner and Marin Wood were also third.

Corvallis’ 2016 state win followed another close team battle as the Spartans, who had just four players in the tournament, edged Marist 16-13.5.

Liner and Courtney Romrell, both juniors, were second in doubles.

“We have a very, very deep team,” said Donna Keim, then the team’s first-year coach. Andy Hackethorn led the Spartans in 2015. “We’re going to be around for a long time going after the state title. Halfway through the season, I took out my top players and put in my JV girls and they won as well. That’s just how deep we are.”

Anna Kern won the first of three consecutive 5A singles titles in 2017, getting past sister Tessa 6-3, 6-3.

"This year’s final was different because last year I didn’t really expect to win, I was the freshman and my opponent was the senior. I was definitely the underdog," Anna Kern said. "This year I won districts so I had a little bit of an advantage. I approached the match with a different mindset which really helped me."

She added that both she and her sister had colds and that it wasn’t their best match.

The Spartans had little competition team-wise in 2018. Behind titles in singles and doubles, they scored 30 points. Summit was second at 10.5.

Corvallis was again unmatched in 2019, scoring 21 team points to finish 13 ahead of runner-up Ashland.

Anna Kern had to work for her third title, getting past West Albany’s Ceanne Elliott 6-3, 6-2. Lipscomb was third.

Forester and McGough made short work of their North Bend opponents to repeat in the doubles final, 6-1 and 6-1. They allowed just five games in four tournament matches.

All the top players from 2019 title team are now gone to graduation, bringing an added challenge to continue the dynasty when the program returns to the court.

“The biggest key I wanted to make was that to take an individual sport and make the girls understand they were still a team,” Keim said of her team. “I always said if they could start feeling more ownership toward the team, and not worry so much about their own personal game, they play harder, they play tougher. Because they’re not just doing it for themselves any more, they’re doing it for those team points.”

Added Lipscomb, a 2020 graduate: “It’s definitely a legacy that we’re just kind of trying to continue. It’s really cool to have such a talented program to be a part of and to help that program continue. And just to get the opportunity to work with so many really talented and motivated players is really cool.”

Dane Sipos fell in love with football at Autzen Stadium.

Corvallis' Journey Lipscomb, here at the Mid-Willamette Conference district tournament in 2019, placed third at the 5A state tournament. She was fourth in the 2018 state tourney.