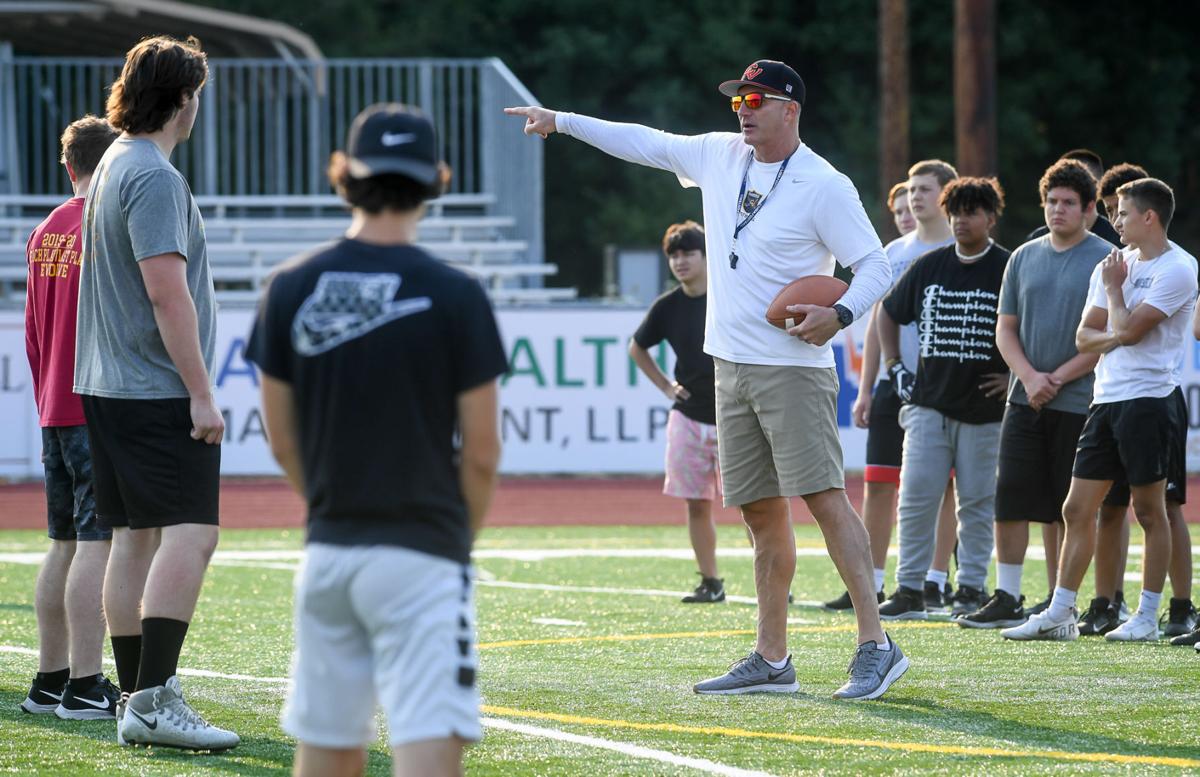 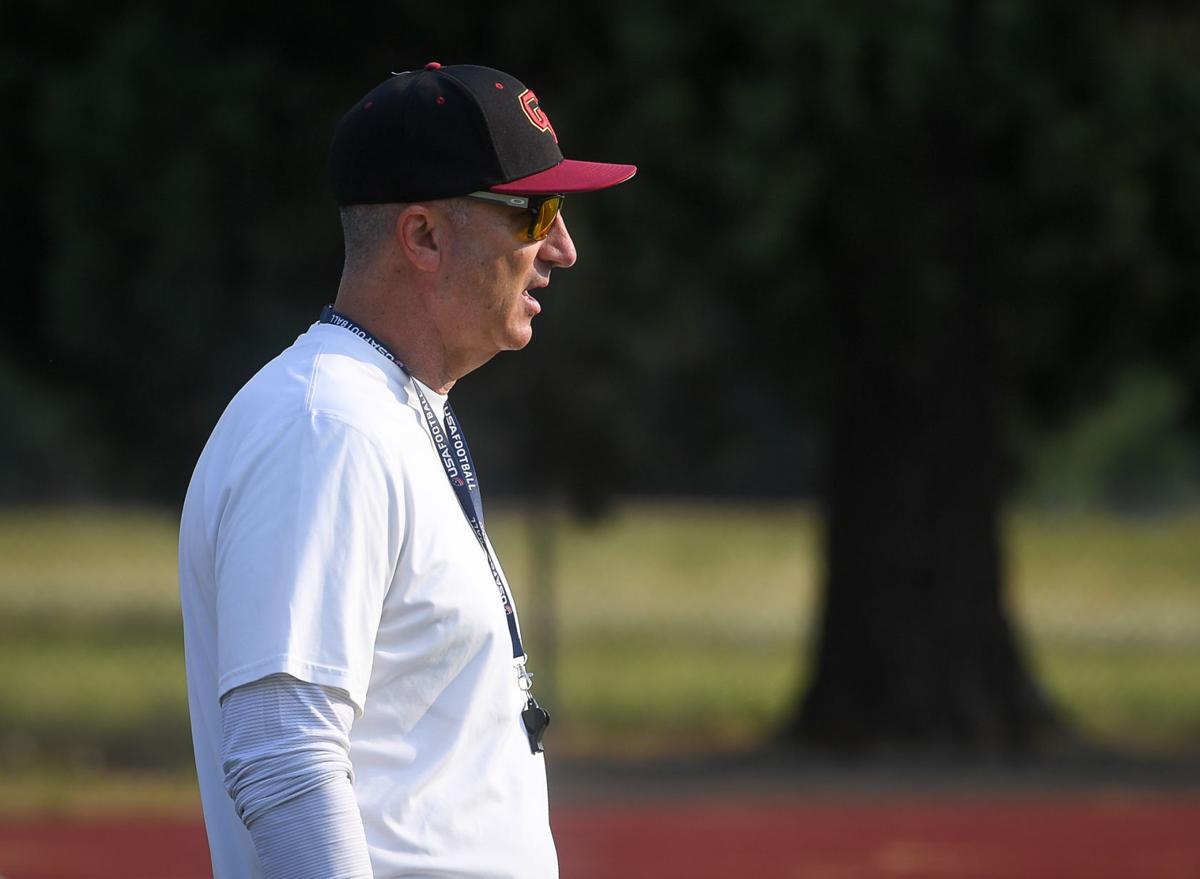 Andrew McClave starred at Jesuit High and went on to play at UCLA before getting a start in coaching, working with Mike Riley at Oregon State in 1997-98. He then followed Riley to the NFL's San Diego Chargers. 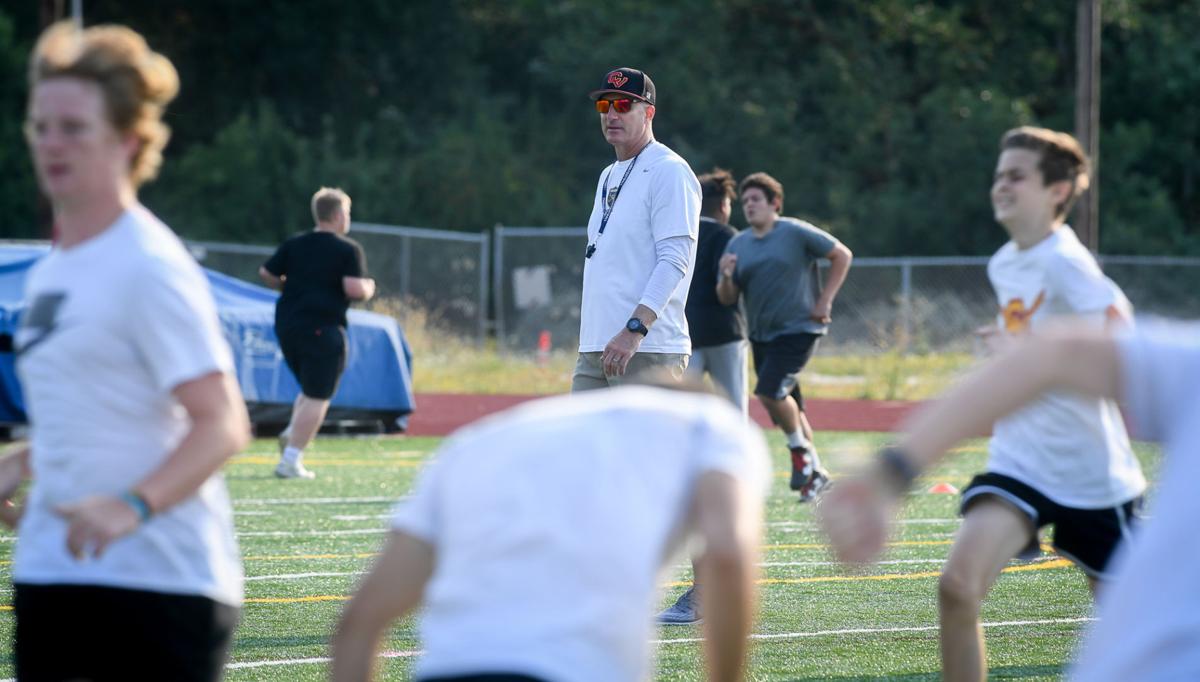 Andrew McClave said the Raiders will use a spread offense but will tweak it to take advantage of the players' skill sets.

As Crescent Valley High athletic director Mark Henderson began his search for the school's new head football coach, his top priority was to find somebody who had a clear vision for the program.

As it turned out, that candidate — Andrew McClave — was already waiting in the wings.

“I always appreciate when a coach has a vision for a program, and that doesn’t always have to just be about winning,” Henderson said. “It’s not just all about winning. It’s about building up young people and teaching the bigger life lessons. Andrew is very organized, has a vision for the program, but is also realistic about where we’re at currently and has a great plan moving forward.”

McClave, who starred at Jesuit High and went on to play linebacker at UCLA in the 1990s, quickly jumped into a coaching career after his playing days. He served on Mike Riley’s Oregon State staff as a graduate assistant from 1997-98. He followed Riley to the NFL and served on his San Diego Chargers staff, then got out of coaching and relocated back to Corvallis.

More recently, he has been coaching Pop Warner and has enjoyed his time with that endeavor. When a few of Connor’s assistants left CV in the spring, McClave reached out and voiced his interest in joining the Raiders’ staff.

The two decided that McClave would serve as CV’s offensive coordinator for the upcoming season. But Connor has been battling health issues for the past two years that made it unsustainable to continue forward as a head coach. He ultimately decided to step away from the helm of the CV program at the end of June. He has since accepted a teaching and assistant football coach position at McMinnville High that will allow him to continue coaching the sport he loves, but in a less strenuous capacity.

“I just said, ‘Well, I want to build a really good program,’” McClave said. “This is something I’ve always wanted to do and I’m good at. I’ve dedicated a lot of time and effort to it.”

McClave originally went to Oregon State with the intention of becoming a high school teacher and football coach. His career path took him elsewhere, and his time working with Riley in the Pac-10 and NFL is something he cherishes. But once he started a family and moved back to Corvallis, he said his priorities changed and he didn’t want his profession to take precedence over his family.

“I truly enjoy the aspect of coaching kids at this age group,” McClave said. “My best experience in any sports endeavor was Friday night lights in high school. The experience and the growth and maturation of that age group is super fun. It’s something I never thought would present itself, so I’m beyond humbled and fortunate with the way the cards have played out.”

McClave’s staff has already been filled out and features a mixture of coaches from Connor’s staff who stayed on, as well a few hires who are new to CV. He also has added some recent alumni to his staff.

“We’re excited about that,” Henderson said of McClave’s staff. “Just really excited to see where this thing goes.”

As for his schematic approach, McClave said the Raiders will have a spread offense approach, but not one that is so rigid that it can’t be adapted to take advantage of his players' respective strengths.

“I take a really simple approach to the game,” McClave said. “You have to remember that this is a player’s sport, not a coach's sport. If the players can’t execute the given offensive or defensive concept, it’s not going to go very well. I think you really have to break it down to a connection level with the kids; it’s what’s in their brain that translates to a successful play and successful game.”

The Raiders are coming off consecutive losing seasons and have struggled with participation numbers recently. But McClave is excited for CV’s deep pool of talented athletes.

“The philosophy is to put players in the position that is best for them,” McClave said. “We have a lot of good athletes at CV. So offensively, we’re going to try to score as many points as possible and give kids a chance to make plays, give them a spot that they can own and just go execute.

The Raiders began voluntary workouts this week and their first game is scheduled for Sept. 3, when they will travel to Lincoln High in Portland for a nonleague matchup.

“I really value the experience that Andrew has had at almost every level,” Henderson said. “He’s connected in the community and knows the community well. He’s going to be a great recruiter of kids and we’re just really excited to have him on board.”

After two years at the helm of the Crescent Valley High football program, Mike Connor has stepped down.

Prior to this summer, Crescent Valley High rising senior James Rowley was already in the midst of one of the best prep wrestling careers in re…

Andrew McClave starred at Jesuit High and went on to play at UCLA before getting a start in coaching, working with Mike Riley at Oregon State in 1997-98. He then followed Riley to the NFL's San Diego Chargers.

Andrew McClave said the Raiders will use a spread offense but will tweak it to take advantage of the players' skill sets.