Prep football: Bulldogs lean on veteran offensive line to lead the way
Share this
{{featured_button_text}}
1 of 3 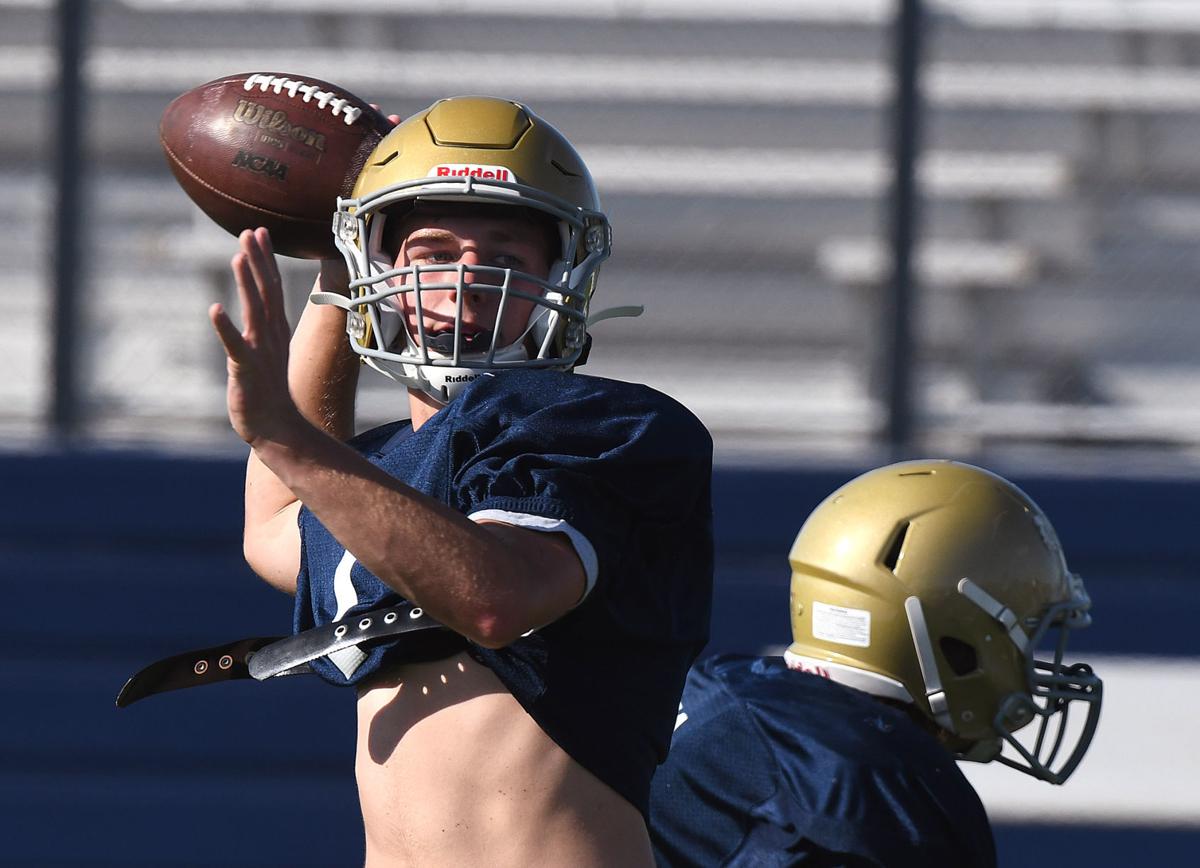 West Albany quarterback Carson Van Dyke is back for his second season leading the Bulldogs' offense. 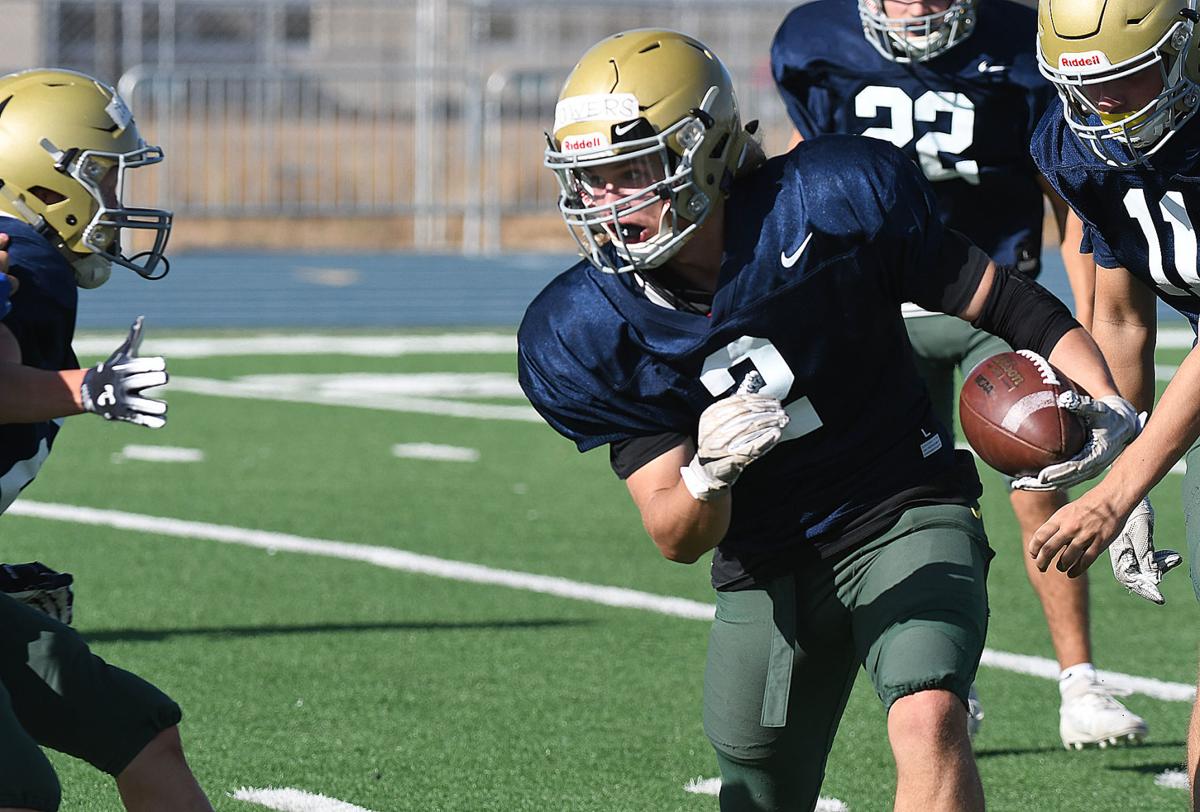 West Albany's Blake Bowers runs back a punt during practice. Bowers could be in the running back rotation for the Bulldogs. 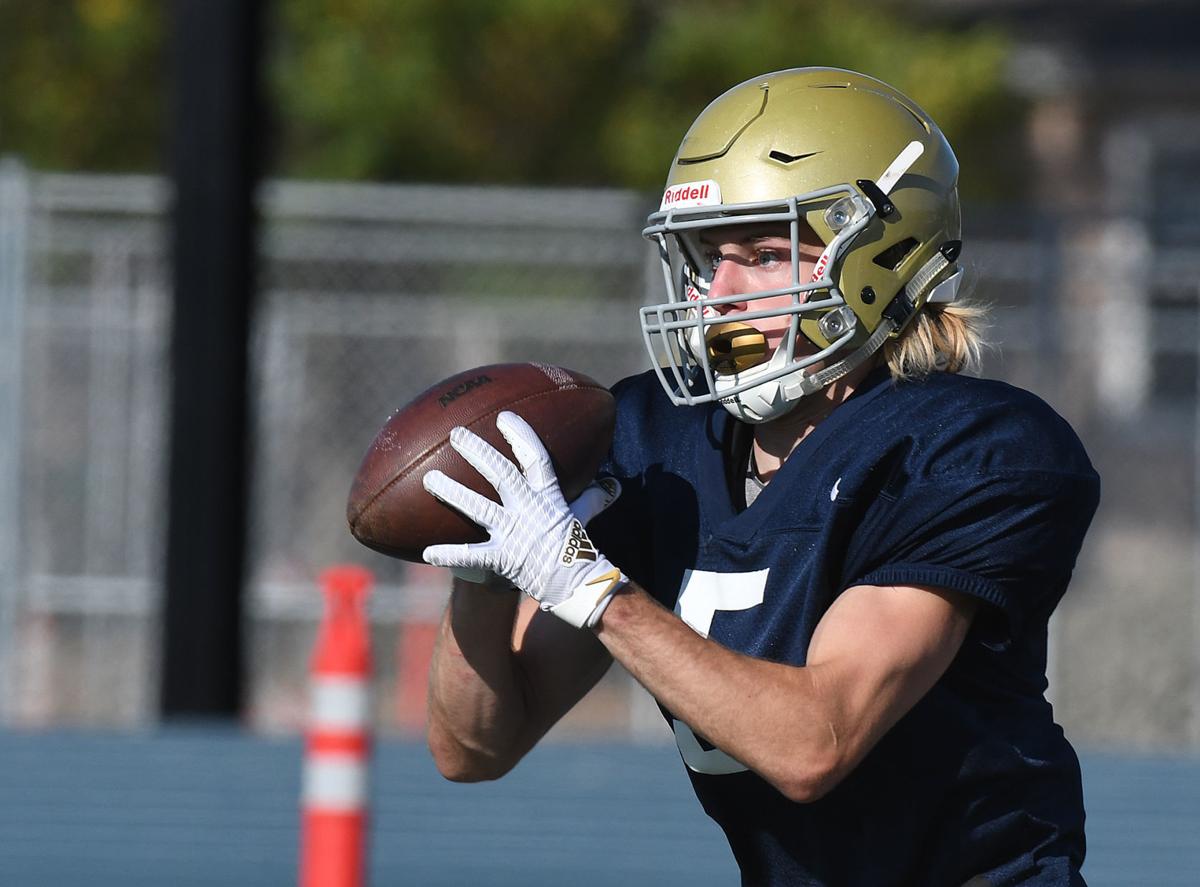 West Albany's Connor Wolfe, a starter last season, will be called on to help replace the production of graduated all-state receiver Myles Westberg.

West Albany High football has its best depth in Brian Mehl’s tenure this fall, something the sixth-year head coach credits to the time spent developing second- and third-string players.

One particular area where that wealth of talent and experience is most evident is on the offensive line, where the Bulldogs return four starters and seven players in all who saw significant on-field time in a state semifinal run last fall in the school’s return to the 5A classification.

“That’s got to be a big part of our success offensively, is them kind of taking that next step as a group,” Mehl said. “If we’re going to put on the run and meet the goals we have as a program, that offensive line needs to be that solid staple of our team.”

It takes a while, as Mehl points out, to build continuity and chemistry on an offensive line, and West has that.

“It’s always good, and it’s that trust that you’ve created with the person to the left of you and the right of you,” said Norlander, who will again start at center.

Added senior Porter Phillips: “Last year they were a great offensive line but they’ve all grown a lot through this offseason. So it should be fun.”

West participated in a jamboree at Stayton last week and starts the regular season Friday at home against McKay.

Carrying the ball behind the veteran line will be the Bulldogs’ 1-2 running back duo of Phillips and junior Zack Cehrs.

Phillips, also a safety and linebacker on defense, was the team’s lead back before he broke his arm early last season and didn’t play on offense again until late in the year. Cehrs was among those who picked up the slack.

“I haven’t ever coached many guys like him,” the coach said. “I have a hard time thinking if running back or safety or linebacker is his best position. He will play on both sides of the ball because he’s really good on both sides.”

While Phillips is a taller, physical player with speed, Cehrs provides that same quickness as a smaller, stockier ball carrier.

“He’s a really tough back and I’m glad he’s on our team because he’s a very different type of runner,” Mehl said of Cehrs.

Norlander likes the experience and talent in the backfield.

“It makes me want to work harder as a line and a unit and make their job easier,” he said. “That’s our job, is to make those holes and get them up there.”

The Bulldogs also have the luxury of an experienced quarterback in senior Carson Van Dyke, a second-year starter.

Mehl said Van Dyke is “a smart, heady kid and he works hard.” Van Dyke had a good offseason, saw his confidence increase and the coach likes the grasp he has on the system.

Norlander says Van Dyke leads both vocally and by example and that he had that leadership even as a younger player. Norlander likes his quarterback’s style and the energy he brings every day.

“He knows the whole playbook in and out,” Phillips said. “You have any questions, you just ask him. He has all the answers to it. It’s great to have him back there.”

At wide receiver, West likely won’t be able to replace the production of graduated all-state selection Myles Westberg with one player, but they’ll do it with some experience.

Senior Connor Wolfe, another leader by example credited for his offseason time in the weight room, returns after starting last season.

“I’m excited for what he can do this year. I expect him to really elevate his game off last year’s season,” Mehl said.

Junior Caden Zamora came on late last season, including three catches for 67 yards in a state quarterfinal win at Silverton. Bowers, who had a 41-yard touchdown catch in that game, will play in the slot in addition to running back.

If the Bulldogs had one constant last year, it was their defense, which held state scoring leader Wilsonville 13 points below its lowest total of the season to that point in West’s 28-7 state semifinal defeat.

“We set ourselves to high standards,” Phillips said. “Just get out there, pursue the ball, swarm, and coach Pouliot gives us a good game plan every week to attack the ball.”

Mehl said he saw in last year’s practices before the season started that the defense had a chance to be something special. Many key players return on that side of the ball this fall and much is expected again.

“I guess we’ll find out in Week 1 what kind of defense we’re going to have,” Mehl said. “I think there’s nothing that’s going to indicate that we’re not going to do that again. At the same level that we did last year? I don’t know.”

The first thing Mike Connor did when his team stepped into the weight room for its first workout of the season was turn on heavy metal music.

The injury bug hit the South Albany High football team hard after a 2-1 start in 2018.

LEBANON — Potential is just that until it’s realized.

The Corvallis High Spartans were disappointed with the outcome of their 2018 football season. They believe they let a few winnable games slip …

West Albany quarterback Carson Van Dyke is back for his second season leading the Bulldogs' offense.

West Albany's Blake Bowers runs back a punt during practice. Bowers could be in the running back rotation for the Bulldogs.

West Albany's Connor Wolfe, a starter last season, will be called on to help replace the production of graduated all-state receiver Myles Westberg.