Become a Member
Read Today's E-edition
Share This
Prep football: Monroe is the league favorite, but Jefferson and Central Linn hope to climb
0 Comments
Share this

Bills vs. Patriots: Updates and scores from MNF

Coronavirus infection levels rising in Oregon; Linn in the Top 4 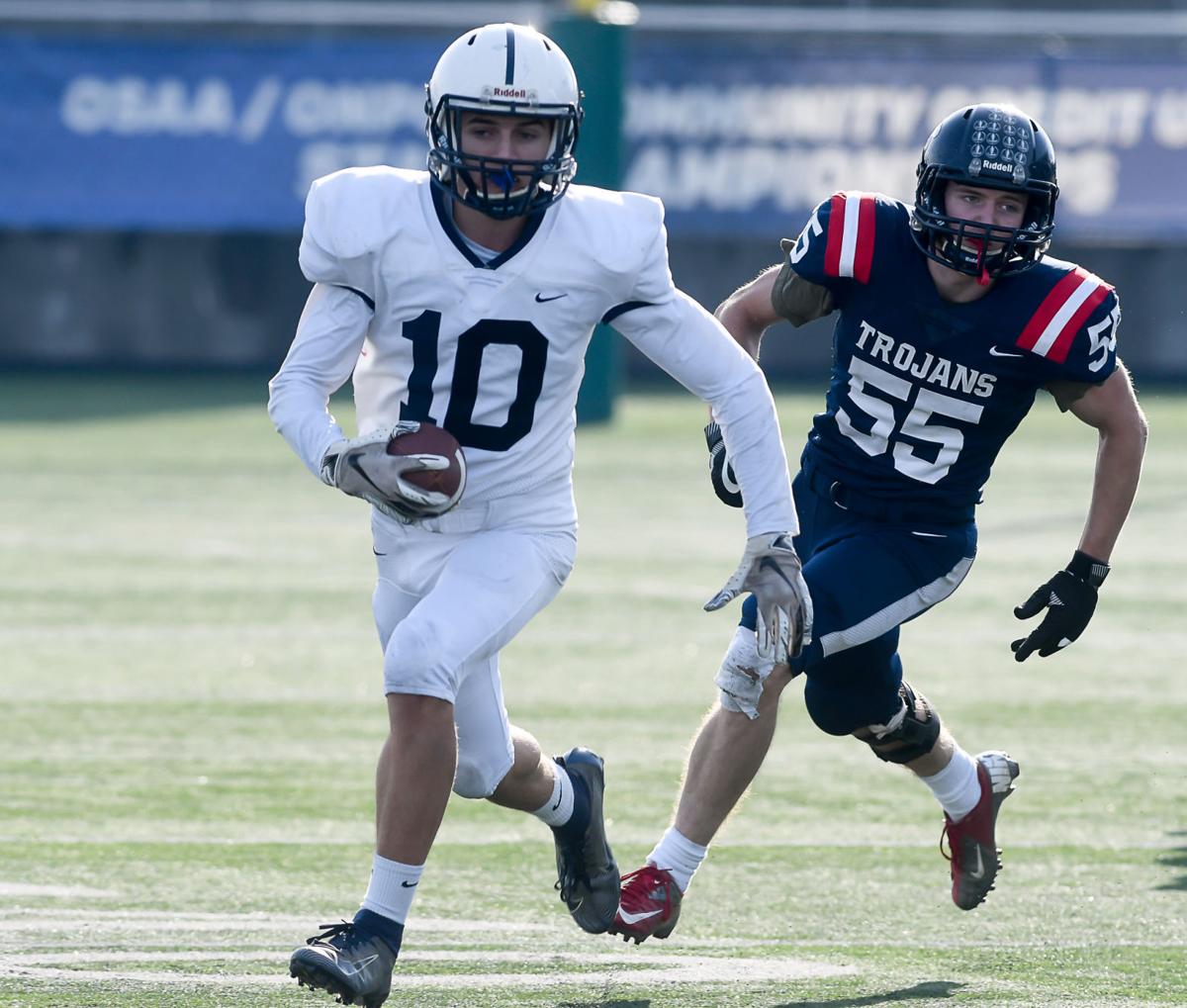 Trent Bateman (10) and Monroe will try to stay on top of 2A Special District 3 football with a young squad. Central Linn and Jefferson are looking to make steps forward. 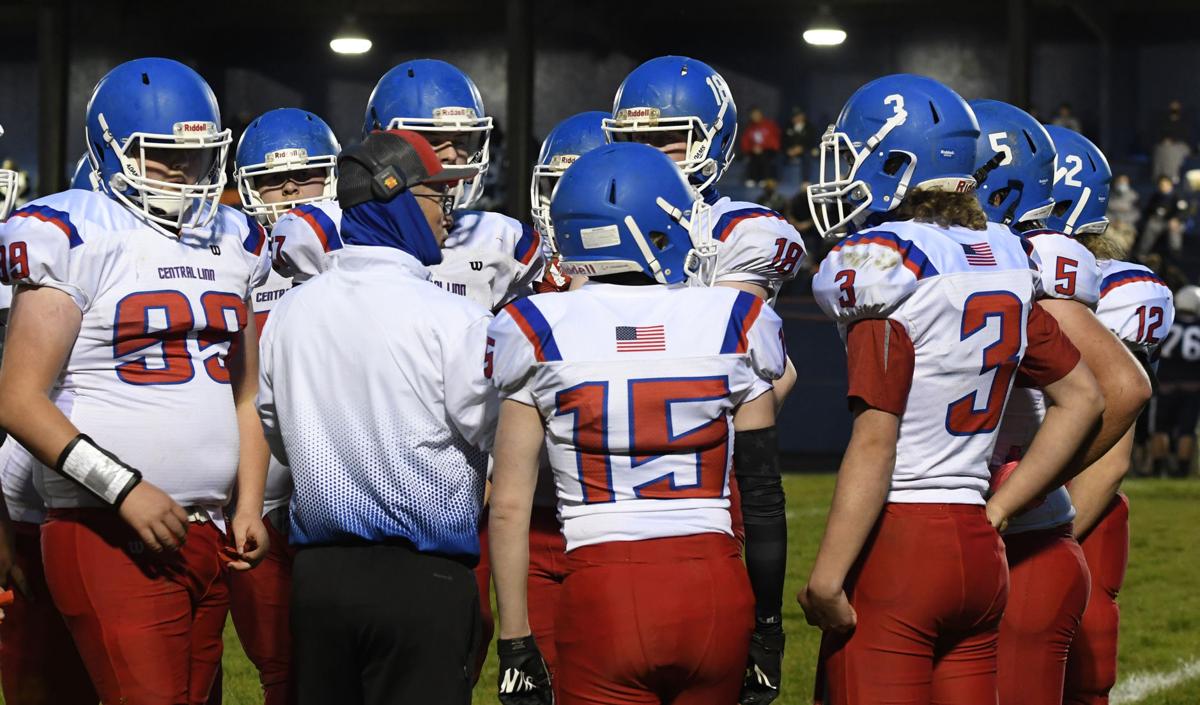 Central Linn coach Dusty Burchfield huddles with his players during a game last season. Burchfield says his team's focus this fall is to compete at a high level and to be prepared for every snap in each game. 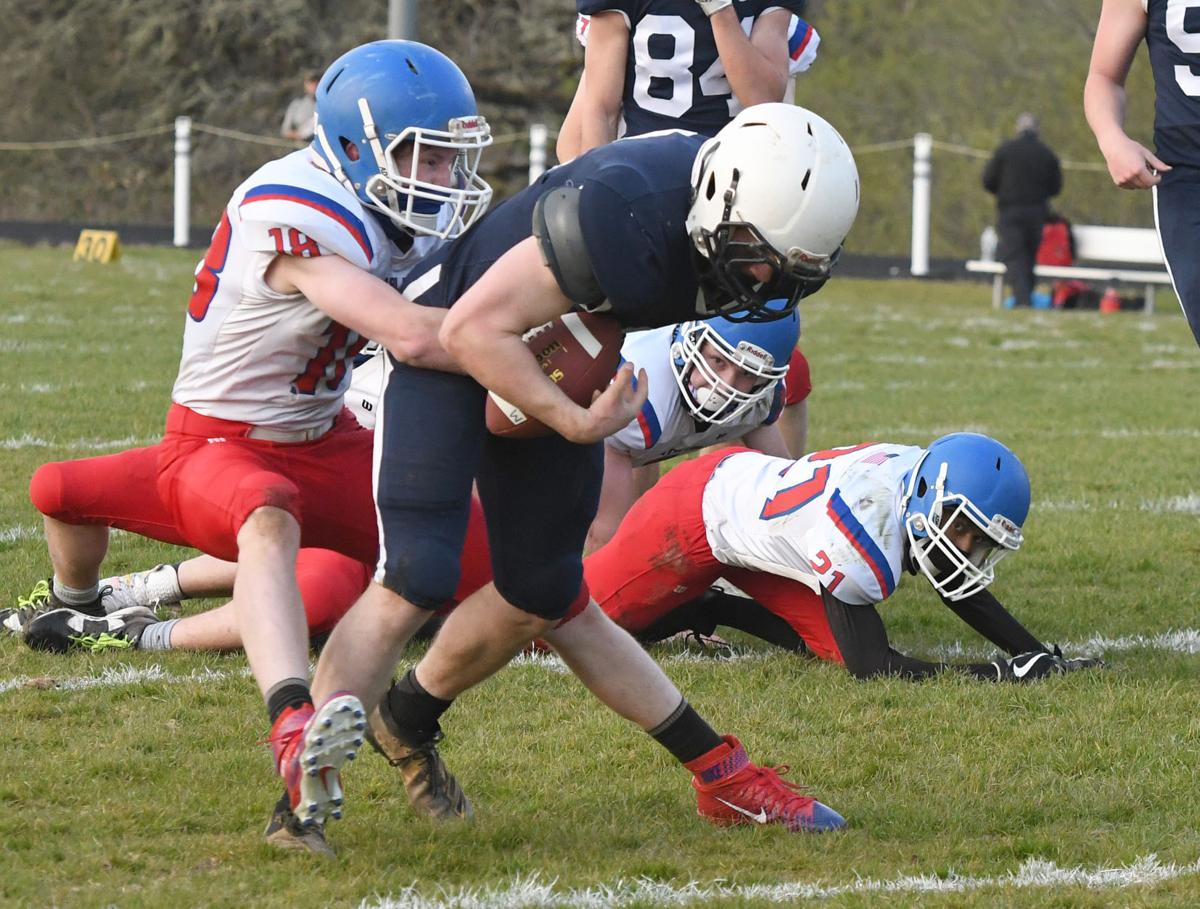 But a squad that coach Bill Crowson says is his youngest in quite some time could have its hands full in 2021 with a league that now includes up-and-comer Jefferson and a Toledo program that has found success recently.

Monroe takes a 21-game league winning streak that dates to 2016 and four consecutive league titles into the season.

Brody Ballard will again be the Dragons’ “go-to guy,” as Crowson describes him, playing quarterback and running back. Fellow senior Trent Bateman will return to a prominent role at running back and receiver. Both are versatile defensively, filling outside linebacker and strong safety positions.

“He’ll give us some good time, I’m sure, on both sides,” Crowson said.

Winning the league title is always a goal for the Dragons, who made three consecutive state semifinal appearances before going 5-1 in a truncated season this past spring, with no postseason held.

In addition to being short on experience, Monroe also lacked for numbers in its summer camp last week. The Dragons had 12 or 13 players show up and hoped to double that number when practice officially began Monday.

“I think the biggest thing for us is figuring out where we’re going to start and getting some more bodies on the field,” Crowson said. “It’s really no different than any other year, just feels a little younger than usual.”

The coach said his program has been blessed with good leadership the past few years from seniors who have set good examples and a standard for their younger teammates.

“It’s about creating a culture where expectations are clear and easy,” Crowson said. “We just want to go out and have fun and get better, and hopefully that turns into winning some football games.”

The Dragons host Reedsport in the Sept. 3 season-opener.

The Lions are thinking big after a 4-2 record last spring with a roster that included just one senior, a player who had a limited role due to health concerns.

Minus one player who moved out of the area, third-year coach Kaleb Gilgan has everyone back that was expected to return. Thanks to a strong buy-in to the program, Gilgan says he has a long list of players who will be major contributors.

Aguilar and Withee could end up play any number of positions, Gilgan said.

Two years ago, in Gilgan’s first year as head coach following one as a volunteer assistant, Jefferson went 1-8 and was outscored by more than 23 points per game while averaging fewer than 12 points.

But the Lions turned a corner in the spring, averaging more than 30 points a contest.

“We had a lot of young kids step up, and that’s why I say this year is going to be kind of different. There’s not going to be one person that’s responsible for being a leader on the team or a key player,” Gilgan said.

The success has sparked an interest at the school and has seen 20 players consistently show up for summer workouts. Gilgan says five or six more players he expects to have out have been working and were unable to attend workouts. The Lions dressed about 16 players for games in the spring.

“I think what they saw last year really excited them all. It’s really kicked them into gear this summer and hopefully it will transfer into the fall so that we can do good stuff,” Gilgan said.

Jefferson opens the season Sept. 3 at home against Scio, a team that beat the Lions 38-24 last season.

It was a game in which Gilgan saw his team play too much individually and get outscored 30-16 in the second half.

“We weren’t ourselves when we played that game,” Gilgan said, and he’s looking for his group to play more as a team this time around.

Dusty Burchfield is hoping to see more from his team in 2021.

The Cobras scored a total of 29 points while going 1-5 last spring.

“I’m looking forward to points on the board. You can’t win unless you score points,” said Burchfield, who is in the second year of his second stint as the Cobras’ head coach. He also led the program in 2015 and 2016.

The coach said last year was a “feeling-out process” between the coaching staff and the players and that he expects everyone to be on the same page this fall. The hope is that it will translate to more success on the field and in turn more athletes joining the program.

“Winning is the recipe for getting more kids out,” Burchfield said. “We’re putting an emphasis on competing this year at a high level and the wins should follow that.”

The coach says Johnson is a smart player who gives tremendous effort.

Burchfield hasn’t seen Beauchamp the past few months because he’s been training for wrestling. He says Beauchamp, listed at 6-foot-3 and 185 pounds in the spring, is a “super strong kid” who is a good edge-setter.

“He’s been working out all summer just in a different sport. He can play a lot of different positions. I like to have a Swiss Army knife,” Burchfield said.

Burchfield has seven assistants, a number rarely seen at a small school. The group includes veteran coaches Art Kallai and Mike Day along with Jesse Wibbens, who previously played quarterback for Burchfield.

The large number of assistants will allow Burchfield to make the rounds through practices and evaluate players while other coaches run drills.

“I’ve got some really good assistant coaches that I’m really pleased with. They bring great drills every practice and really push the kids,” Burchfield said.

The Cobras start the season with four straight road games, including the Sept. 3 opener at Nestucca.

Prep wrestling: Steve Thorpe recognized for contributions to the sport

Kyler Stancato didn’t know much about the Corvallis Knights before arriving in the mid-valley in mid-June for summer baseball.

High school football: It's a year of change for Sweet Home

SWEET HOME — When Daniel Luttrell was in fifth grade his mother asked him which sport he wanted to play: soccer or football.

Two years ago, Santiam Christian went 13-0 and won the state 3A championship with a 41-34 victory over Hidden Valley.

Trent Bateman (10) and Monroe will try to stay on top of 2A Special District 3 football with a young squad. Central Linn and Jefferson are looking to make steps forward.

Central Linn coach Dusty Burchfield huddles with his players during a game last season. Burchfield says his team's focus this fall is to compete at a high level and to be prepared for every snap in each game.