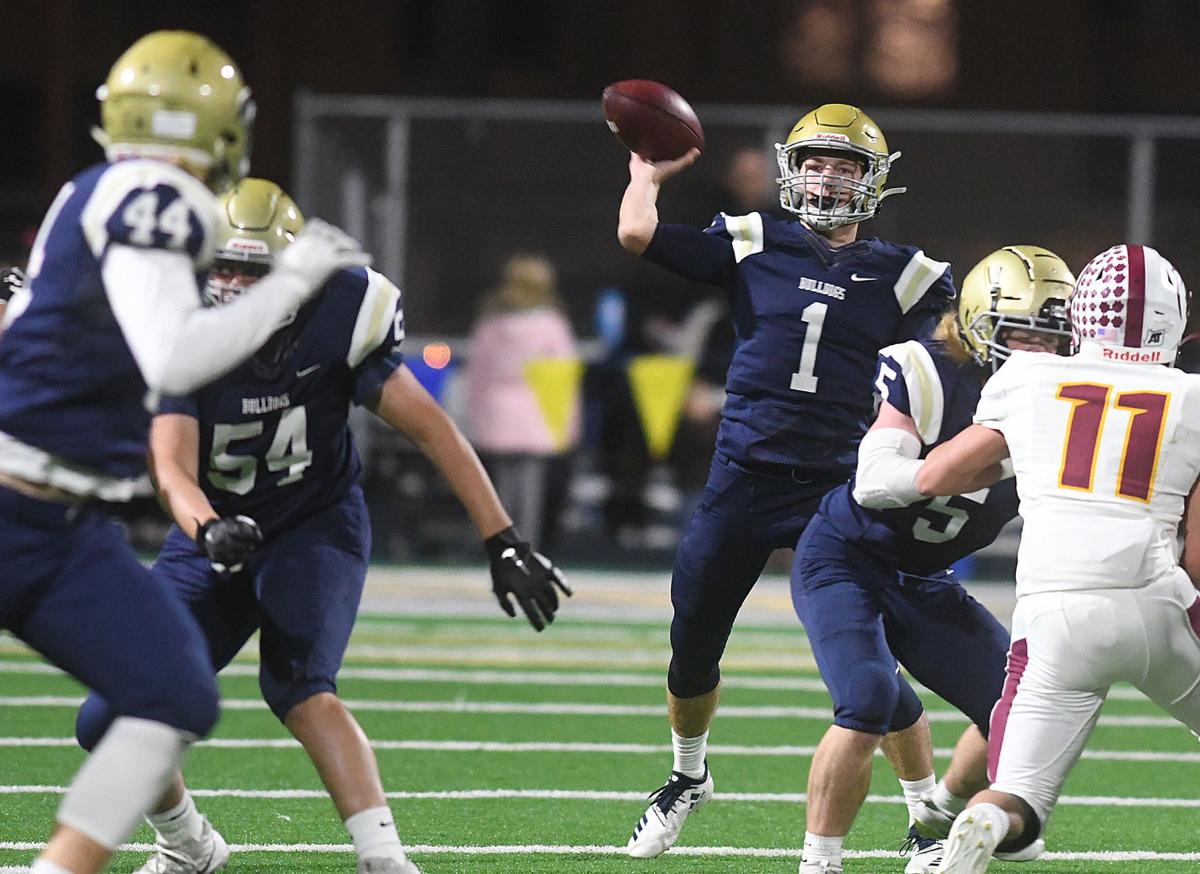 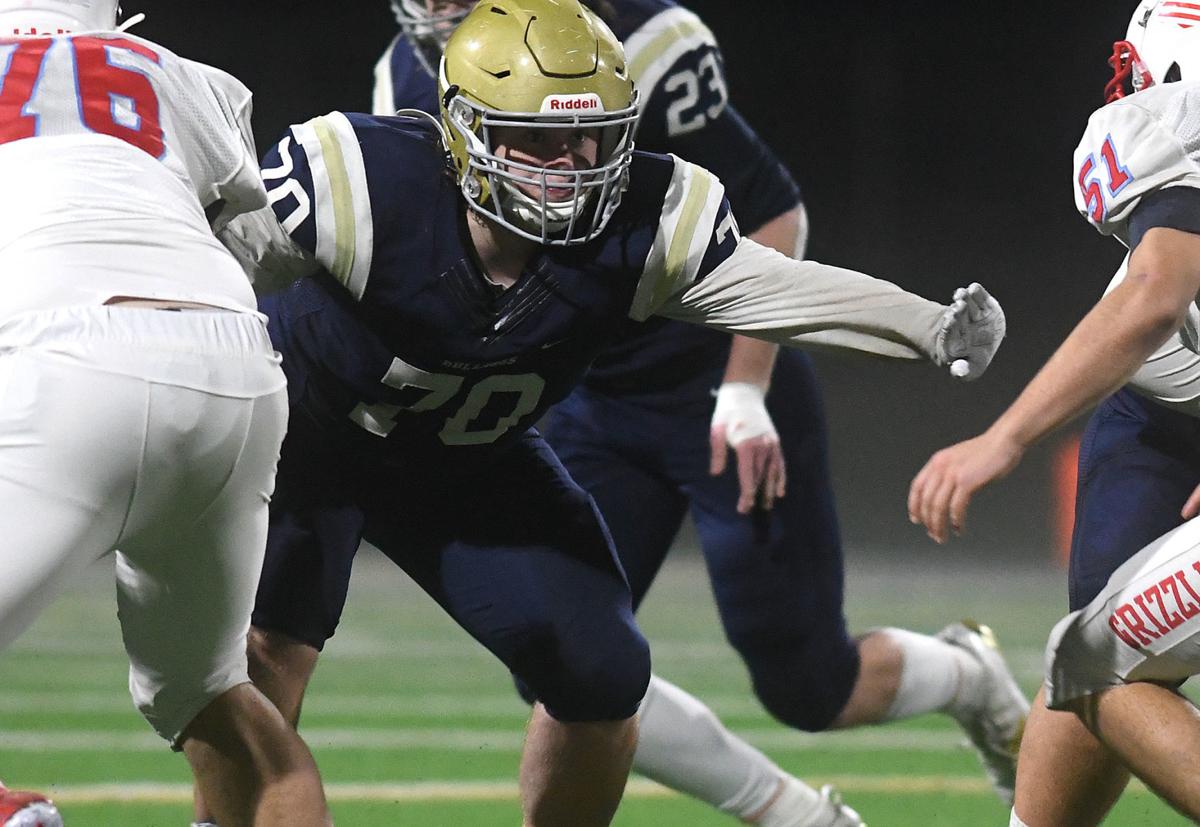 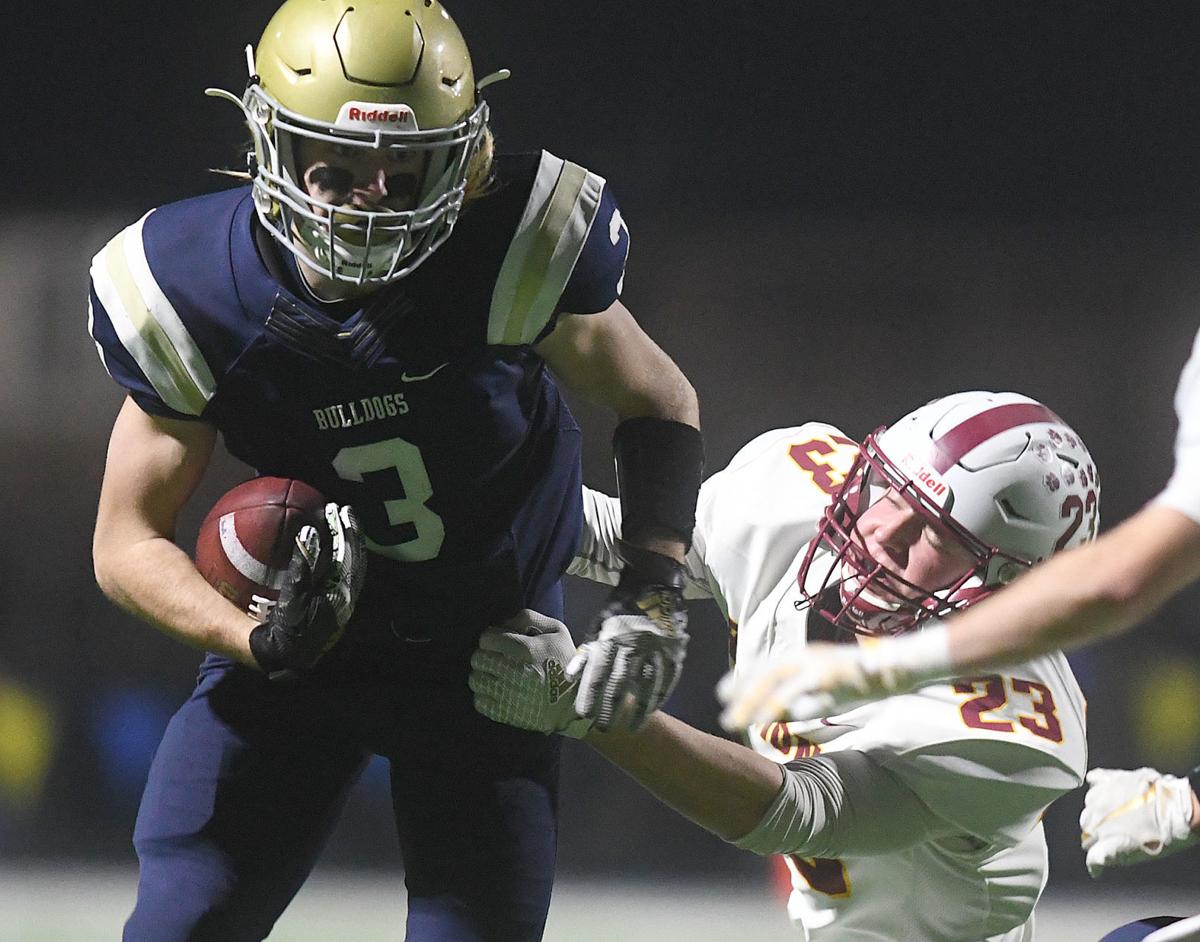 Improvement across the board from an experienced group of veterans has helped West Albany High’s offense move up to join the Bulldogs’ defense in posting equally staggering numbers.

A more consistent offensive line, a healthy Porter Phillips carrying the ball, improved quarterback play from Carson Van Dyke and a deep receiving corps led by Connor Wolfe have the Bulldogs clicking at an elite level.

West’s 2018 offense was outside the 5A top 10 at 25.8 points per game in a season that ended in the state semifinals.

This fall’s squad has taken a few big steps forward, entering Saturday’s semifinal matchup with third-ranked and second-seeded Crater (5 p.m., Autzen Stadium) averaging 46 points per contest. The second-ranked and third-seeded Bulldogs’ Mid-Willamette Conference scoring jumped from 26.3 to 45.5, with most of those points coming in the first halves of blowout games.

“Guys that sacrifice a lot for our team. All those guys played a lot of football for us last year, so they were able to go through some of those growing pains,” West coach Brian Mehl said. “They developed really well in the offseason physically. They’re not just smart kids who play football.”

Beyond the line, the offense has been aided by the nearly full-time presence of senior running back Porter Phillips, who has played in all but one game. An arm injury early last season kept him primarily on the defensive side.

“Porter does so much more than the run game,” Van Dyke said. “When you run for 200-something yards every game, and the defense has to respect the run, which opens up things in the passing game. The O-line helps me out. I have all day to throw. So that makes it easy on me.”

Phillips, the conference offensive and defensive player of the year, has rushed for 1,297 yards and 19 touchdowns while averaging 9.8 yards per carry. In a complementary effort, Zack Cehrs has 649 yards and nine touchdowns on the ground.

As teams prepare for the Bulldogs, Mehl says there aren’t players than can replicate Phillips in size and speed.

Big plays by Phillips and his teammates have helped the team put up points in a hurry.

Van Dyke, a second-year starter as a senior, has been given more flexibility and freedom as his feel for the offense continues to grow. He leads an offense that’s done more attacking in the pass game than in 2018.

He’s passed for 1,676 yards and 22 touchdowns with two interceptions.

“We have a lot of moving parts, and he does a remarkable job of being able to weather a lot of that … then we have some good guys on the outside that can make plays,” Mehl said. “He’s kind of a natural gunslinger. He kind of has that mentality. So giving him a few more options within our system has been really good. He’s done that really well.”

Added Phillips: “He’s definitely gotten way more comfortable back there, just trusting his offensive line. Our receivers are great. Our offensive line does a great job of protecting him, so it’s really helpful for him.”

Senior Connor Wolfe has emerged as the Bulldogs’ top receiver after the graduation of all-state performer Myles Westberg. Wolfe made some big plays last year but has elevated to another level this fall.

He’s made 39 catches for 872 yards and 13 touchdowns. Teammate Caeden Zamora has 25 receptions for 436 yards and five scores.

Mehl describes Wolfe as “one of the greatest leaders by example you’ll ever find.”

Van Dyke says Wolfe was back in the weight room soon after last year’s semifinal loss to Wilsonville, giving him a physical edge and making him hard to bring down. The quarterback and receiver worked together as much as they could on timing and chemistry during the summer.

“He was just kind of grinding for the spot,” Van Dyke said. “Because we knew he had it, he was always an athlete and when he gets his targets he made the most of it. I wasn’t surprised at all by what he’s done this year.”

All three area high school football teams that played last week are still alive after wins in the OSAA state quarterfinals. Here’s a look at a…

West Albany senior Porter Phillips has been named to the 5A football all-state first team at two different positions.