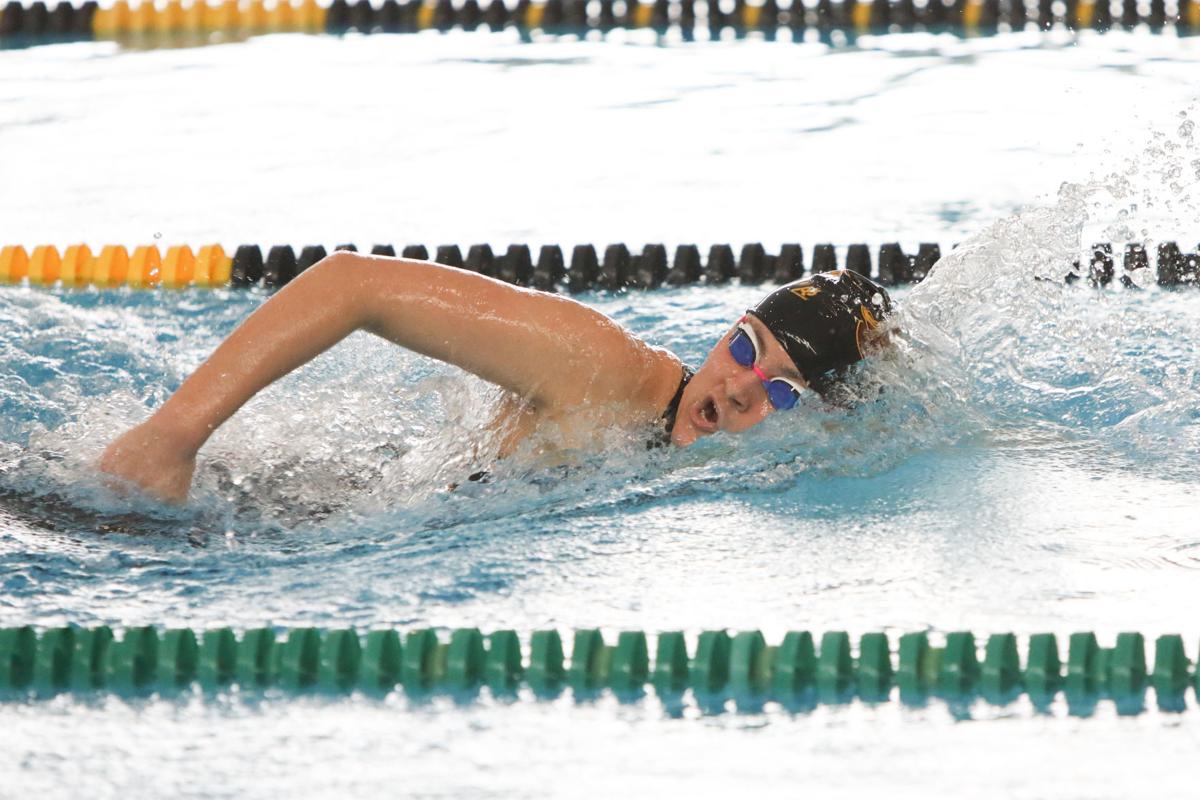 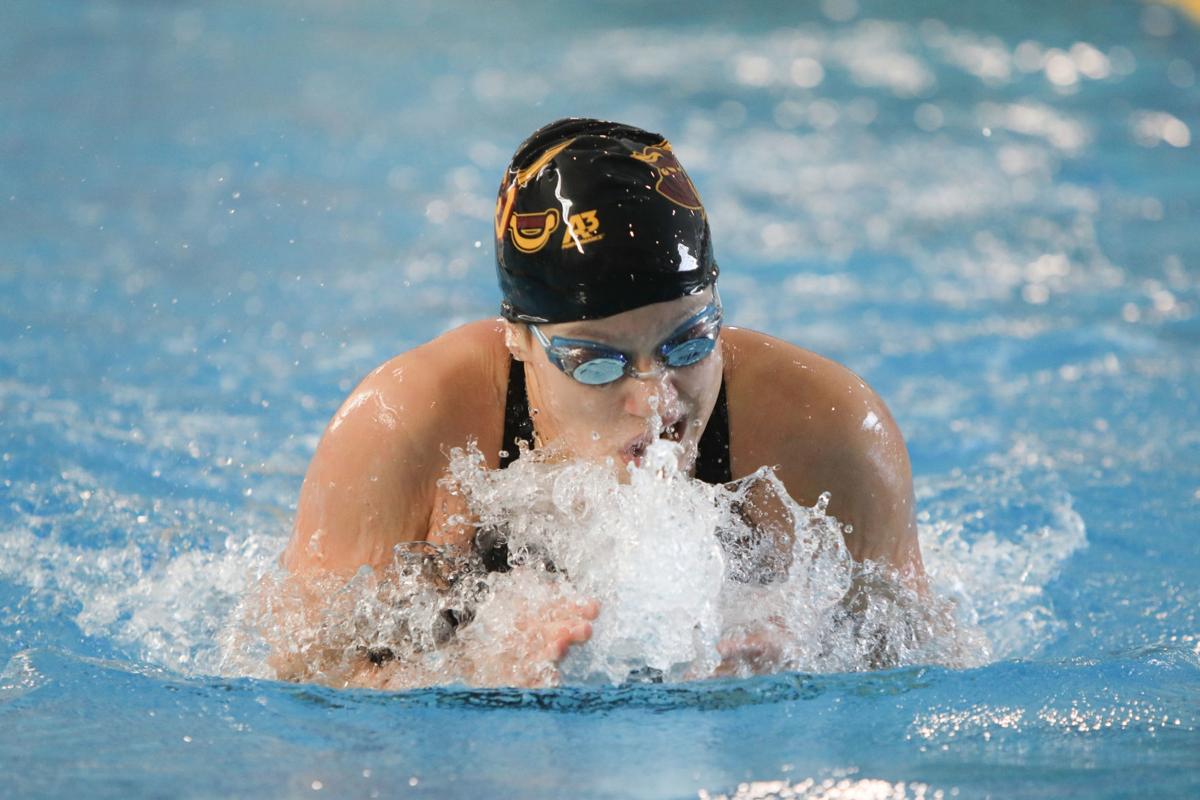 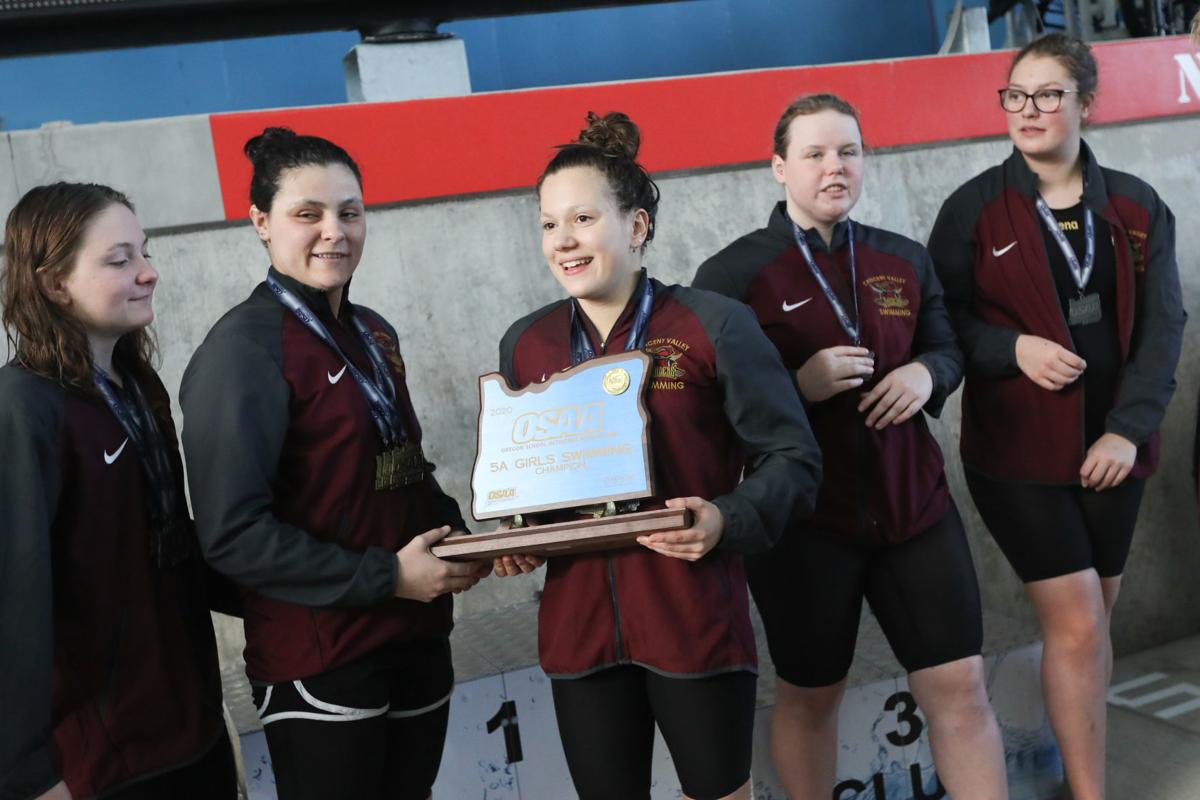 The Crescent Valley girls took home their second straight state title and seventh since reclassification in 2007. 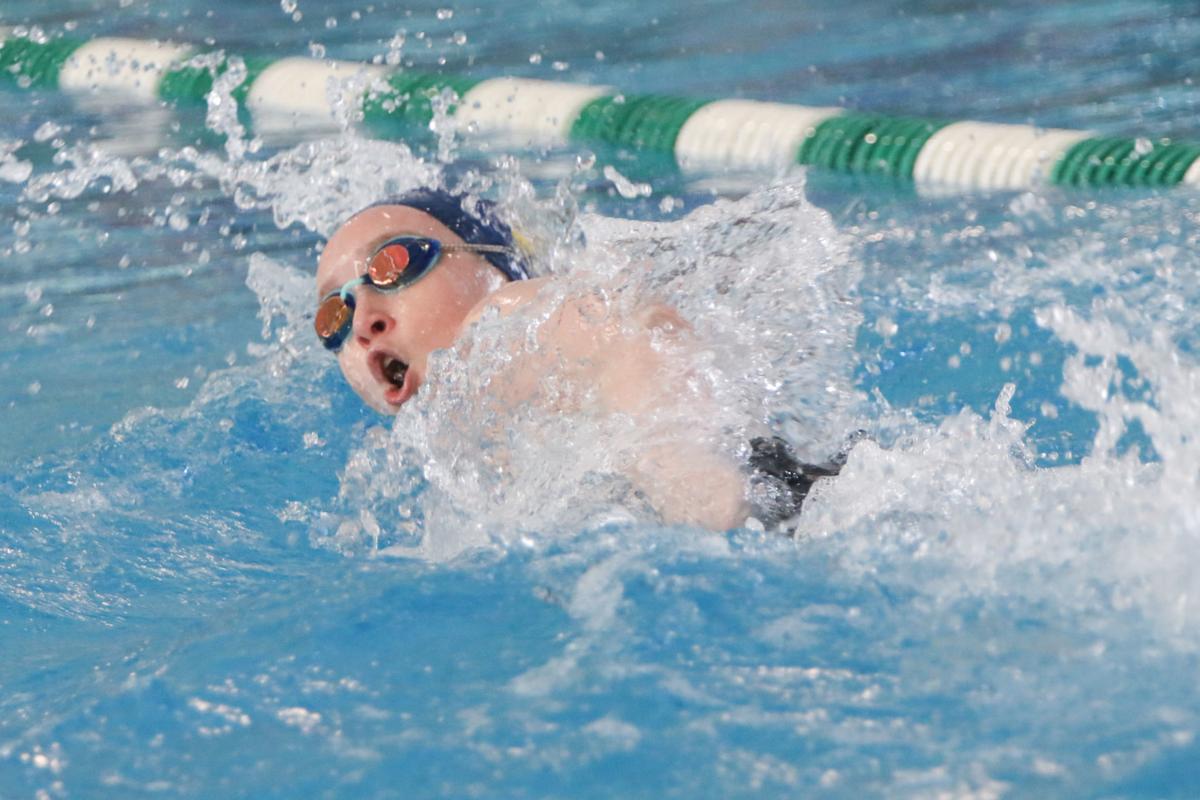 BEAVERTON — There wasn’t a whole lot of drama Saturday morning as the Crescent Valley High girls swim team cruised to a second straight state title at the OSAA 5A state meet at Tualatin Hills Aquatic Center.

The Raiders dominated the competition in piling up 75 points; Churchill was second with 50. West Albany placed seventh (17) and Lebanon was 12th (7).

Seniors Francesca Criscione and Paula Lomonaco set the tone on Saturday as they both won two individual titles to help the Raiders from start to finish.

“It’s a great way to end senior year,” said Criscione, who was also named the female swimmer of the meet. “I’m so thankful for (coach Rex Watkins) and my family and the other coaches, and of course my teammates, too."

While the Raiders made it look pretty easy on Saturday, Lomonaco said it took “a lot of confidence in ourselves and in the team,” to pull out the win.

“Definitely the hard work before the season even started and during the season keeping our head into the game,” she added.

Criscione admitted she was a little nervous about the finals as she was seeded second in the 200 IM and third in the 100 butterfly.

“So I was really happy that I was able to win both of them,” she said.

The 100 butterfly came down to the last 25 yards as Criscione was able to break away.

“The last 25 I just accelerated as hard as I could and I was giving it my all,” she said.

Lomonaco also had a battle in the 100 freestyle but she was able to pull away late for the win.

“I knew that I needed to work on my stroke and the power of it,” she said. “The first 50 she was right with me and then I started pulling away with that turn underwater. I knew she had a good one so I tried to improve mine as well.”

It was a perfect way to cap her high school swimming career. She won both events last year as well.

“I was nervous, I guess, but mostly excited,” she said. “It was a best time so I was really happy about that.”

The Raiders won one relay and took second in the other two, one (200 freestyle) after Silverton was disqualified after winning.

CV closed the meet as the team of Viola Teglassy, Francesca Criscione, Vivi Criscione and Lomonaco captured the 400 freestyle relay in 3:40.38.

The team of Francesca Criscione, Vivi Criscione, Lauren Cordier and Lomonaco finished second in the 200 medley relay (1:52.23) and the team of Teglassy, Cordier, Nova Evans and Jordan Drill finished the 200 freestyle relay in 1:45.80, just behind Springfield (1:45.27).

The Raiders have now won seven of the 14 5A team titles since reclassification in 2007. CV won the first five before returning to the top of the sport last season.

The Crescent Valley girls took home their second straight state title and seventh since reclassification in 2007.