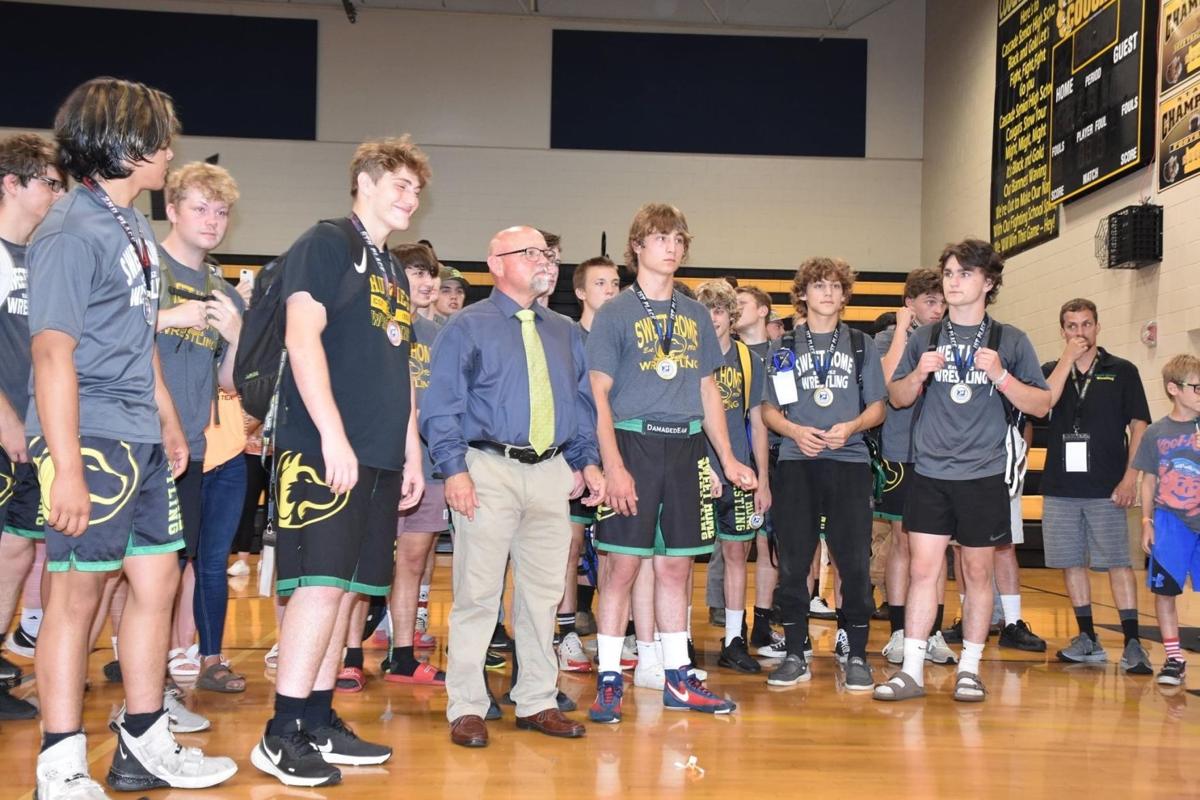 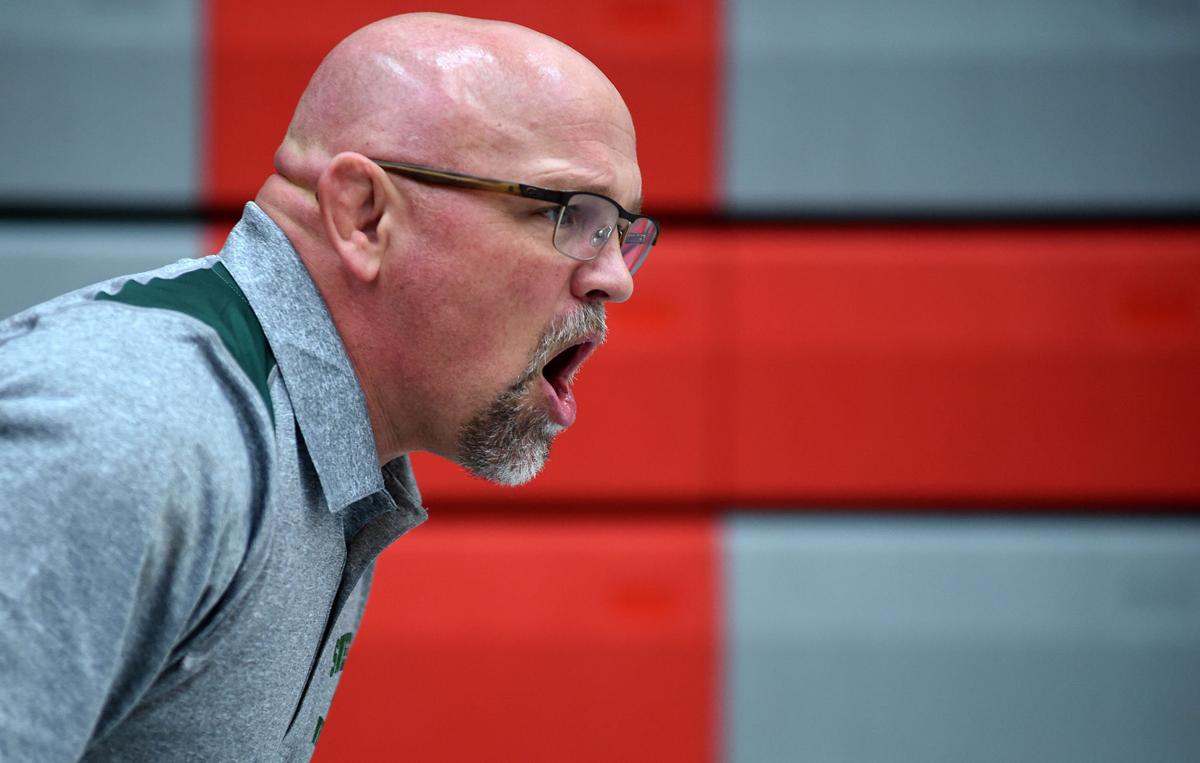 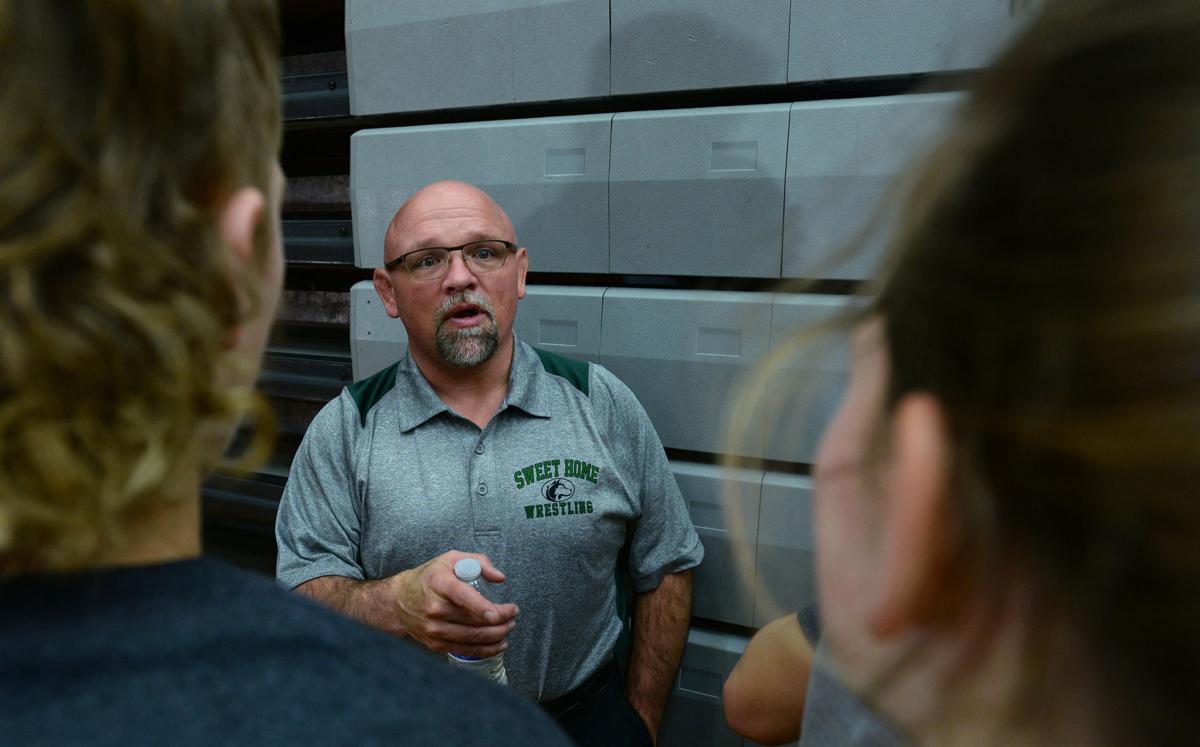 Sweet Home's Steve Thorpe was named national wrestling coach of the year after winning his sixth state team title with the Huskies during a span of four different decades.

First as an athlete, then as a coach and proponent of the sport. He’s often recognized as a significant contributor to wrestling, and more of that recognition came recently for Sweet Home High’s head coach.

Thorpe has been named the National Wrestling Coaches Association’s coach of the year, marking the first time he’s received that honor in 30 years of coaching.

“It’s kind of neat when you get an award from a group of your peers,” said Thorpe, who was selected the Section 8 coach of the year for the second time, making him a candidate for the national award. “I’m pretty humbled by it. It’s neat to be recognized at the national level for what you do.”

For winning the award, Thorpe took part in a webinar and a virtual question-and-answer session during the national convention. The award is normally presented during the NCAA tournament in April, but that was pushed back due to the pandemic.

A Sweet Home alum and a math teacher at the school, Thorpe wears many hats there. He does in the sport of wrestling as well. He’s in his 10th year as chair of the Oregon Wrestling Association and has spent the last three years on the executive committee of USA Wrestling’s board of directors. He’s also Oregon’s chairman for the national organization.

But he has no plans of slowing down any time soon. He still loves teaching and coaching.

“I like to have a say in what’s going on and be a voice for our sport. I think I’m a good advocate for our sport,” Thorpe said. “I don’t just like coaching wrestling. I love the sport of wrestling and what it provides for young men and now young women. It’s an avenue that I’ve been able to use for myself, and it’s not just a tool to teach wrestling but as a ministry and how to help shape young men and women’s lives.

“I’ve had so many incredible opportunities and met so many great people through my sport. I’m honored to be a part of it.”

Thorpe credits several people who helped shape his formative beginnings in wrestling and others who have been mentors along the way.

Thorpe competed under Norm Davis at Sweet Home then served as an assistant coach for Davis for five years before taking over the program in 1996. Thorpe wrestled at Pacific Lutheran University for one year and then under legendary coach Dale Thomas at Oregon State.

Among other mentors, Rob Younger is a former Sweet Home teacher and coach and current executive director of the Oregon Athletic Coaches Association. Larry Johnson was an athletic director at Sweet Home.

A father of three with his wife Heather and who recently became a new grandfather, Thorpe also has coaching friends such as Newberg’s Neil Russo, Thurston’s Mike Simons and former longtime Sweet Home wrestling assistant Steve Schilling he can bounce ideas off of. Simons was the national girls wrestling coach of the year in 2020.

Thorpe says it would be foolish to think he can do the job by himself.

Thorpe has been named the OACA’s state wrestling coach of the year “six or seven times,” he says. That includes the past two years, when the Huskies finished as the 4A state runner-up in 2020 and state champion in 2021.

Sweet Home won the 4A team title in late June in a tournament hosted by the Oregon Wresting Association.

During the pandemic, with the usual high school wrestling season pushed from the winter to the spring, Thorpe kept in contact with his athletes and encouraged them to remain active because eventually there would be competition.

When the country began to open up, Thorpe and Sweet Home found tournaments in Arizona, Idaho, Utah and other states. Going into the season, coming off two straight runner-up state team finishes and returning a strong contingent, Thorpe knew his group had a chance at some more hardware.

“It was really cool to bring this group together and have four state champions,” the coach said. “It was definitely something we’ve been working for.”

With another solid group of returners and what he calls “an incredible freshman class,” Thorpe has high hopes for 2022.

It was Thorpe’s sixth team title with the Huskies and gave him a state championship in four different decades, an accomplishment he’s proud to share. The others came in 1998, 1999, 2007, 2009 and 2017. The Huskies have six second-place state teams finishes under Thorpe.

“I have an incredible staff and I have incredible people that work in our youth program, my junior high coaches,” he said.

PORTLAND — At the start of this season, Sweet Home High coach Steve Thorpe told his two defending state champions that if they each hoped to c…

What is expected to be a competitive battle for Oregon State’s starting quarterback position continued Friday as the Beavers opened fall camp.

Andrzej Hughes-Murray calls his decision to return to Oregon State for a sixth football season a “no-brainer.”

Prep football: Monroe is the league favorite, but Jefferson and Central Linn hope to climb

Sweet Home's Steve Thorpe was named national wrestling coach of the year after winning his sixth state team title with the Huskies during a span of four different decades.