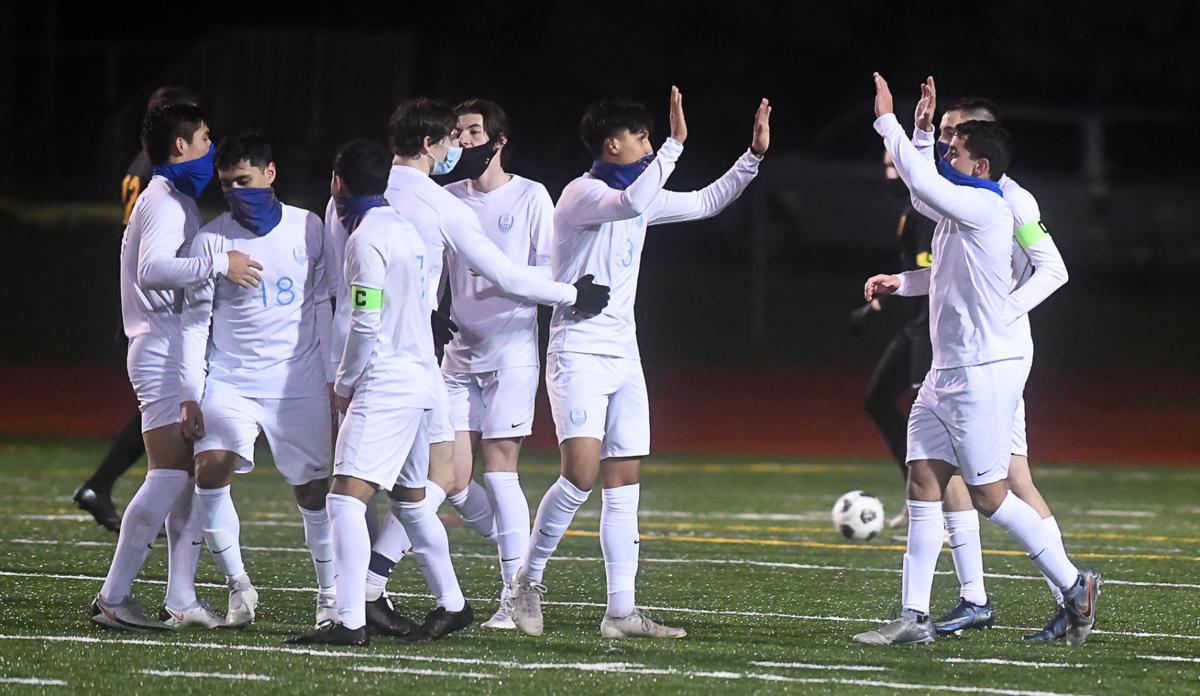 The Spartans celebrate after scoring a goal in the second half. Corvallis took a 2-1 win against Crescent Valley on Tuesday. 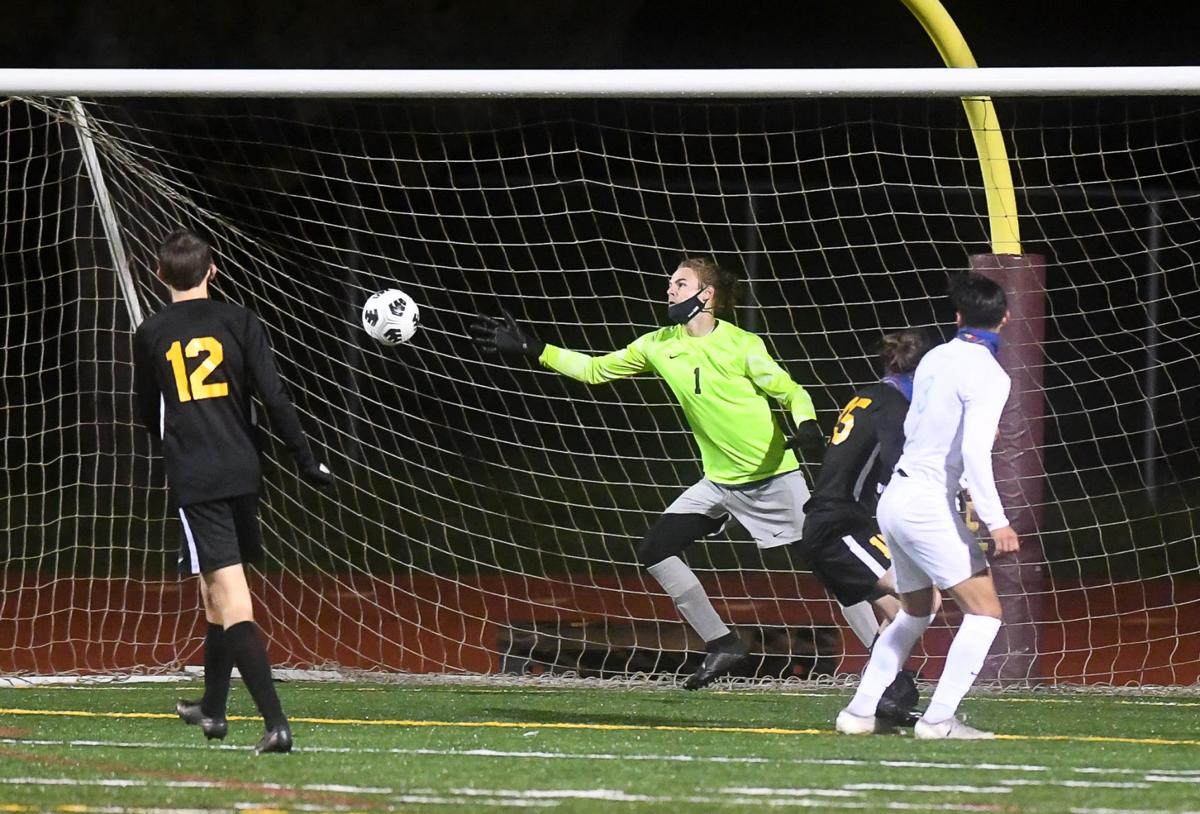 The Spartans' Mauricio Nieves-Bernal scored a goal on a headerearly in the second half of their win against Crescent Valley on Tuesday.

Opportunities came early for Corvallis High, but the ball didn’t find the back of the net.

The Spartans capitalized after halftime, then had to hold off a strong push from Crescent Valley at the finish.

Corvallis scored two second-half goals then watched host CV make a game of it late in a 2-1 Spartans boys soccer win at Field of Dreams on Tuesday evening.

“We played the way that we wanted to play,” said Corvallis coach Chad Foley. “Our finishing was not up to snuff in the first half. “We made some adjustments tactically in the second half that worked out in our favor. We were finally able to figure out their defense. CV was very well organized in this game. They play with a lot of passion and emotion.”

The Spartans broke through in the 50th minute when Mauricio Nieves Bernal headed a stinging pass across the face of the goal from Naif Alsharif into the left side of the net, out of the reach of Crescent Valley keeper Geoffrey Sarna.

About 10 minutes later, Eric Ponce took a pass from Joe Nunez for a 2-0 Corvallis lead.

Crescent Valley made it interesting with Aiden Soule’s goal in the 75th minute on a breakaway of sorts, as the senior midfielder took a deep pass and got the ball past Corvallis keeper Max Kelly.

The Raiders then had possession deep in Corvallis territory in the final two minutes but were unable to get a foot on the ball toward the net.

“We just had to pick up the intensity,” said Spartans senior midfielder Jonah Craig. “First half we were forcing it too much and second half I felt we were able to swing it more and that opened up the wings to get those crosses in.”

Foley said his team “showed a lot of quality” and estimated his team held possession for about 75% of the game.

He said the first half was one filled with emotion on both sides, with each team failing to push through its game plan.

“I thought we did a better job of executing our game plan in the second half,” Foley said.

Raiders coach Kyle Calder liked what he saw from his team. His roster includes just 14 players, which has put those on the field to the test.

“I think just 80 minutes of hard-fought soccer. Every game you know it’s going to be a battle no matter what. So that was our goal,” Calder said of his team’s performance. “I think we were up to the challenge, and even though the result didn’t go our way we have to be proud of the 80 minutes we played.”

The Raiders spent most of the first 20 minutes of the match on defense but worked to even out possession the rest of the half.

Calder said the fact that his team kept Corvallis off the scoreboard until after halftime “speaks very highly of our defense, which has been a huge focus for us. We knew that would be our strong suit give the personnel that we have.”

Prep sports: Teams making best of situation to get to play during pandemic

MONROE — Getting high schools athletes onto the fields and courts of competition during the pandemic has been a challenge, to say the least.

The Spartans celebrate after scoring a goal in the second half. Corvallis took a 2-1 win against Crescent Valley on Tuesday.

The Spartans' Mauricio Nieves-Bernal scored a goal on a headerearly in the second half of their win against Crescent Valley on Tuesday.