Prep girls soccer: Raiders down North Eugene for berth in title game
Share this
{{featured_button_text}}
1 of 3 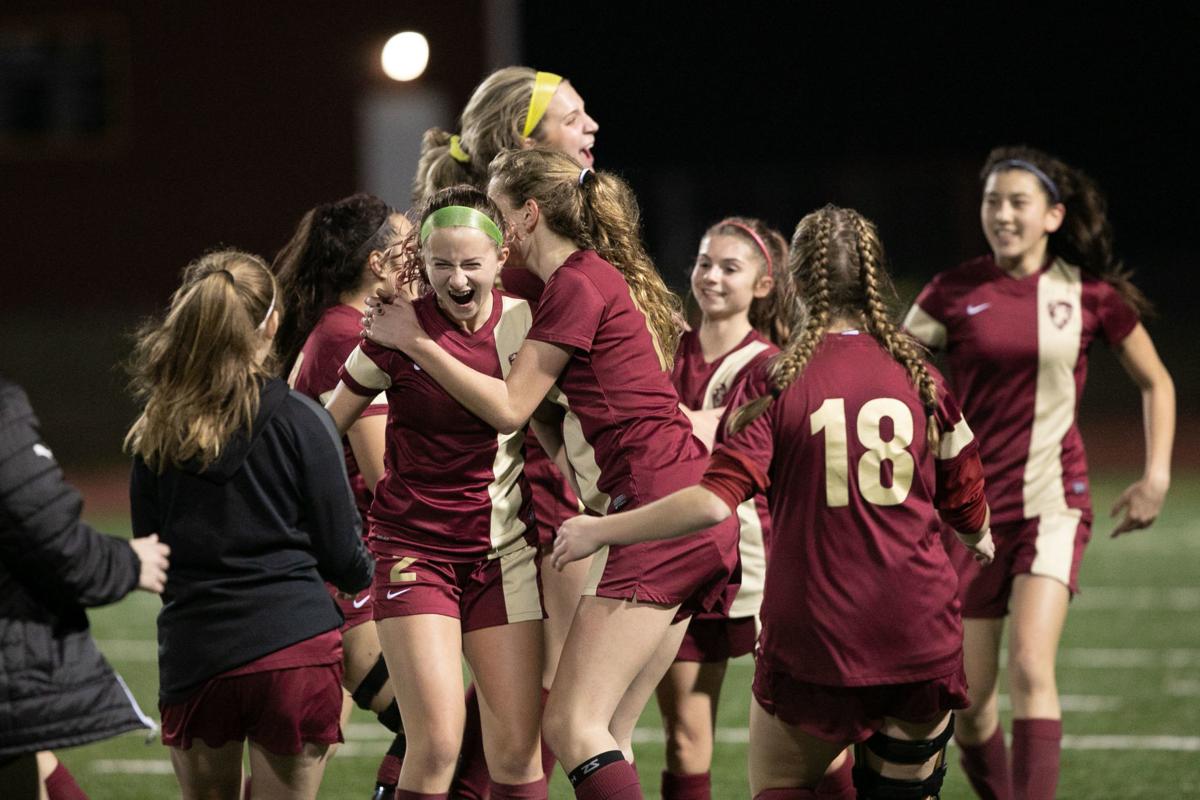 Crescent Valley celebrates their 1-0 win over North Eugene in the 5A playoffs semifinal. The Raiders will play for their second straight state title. 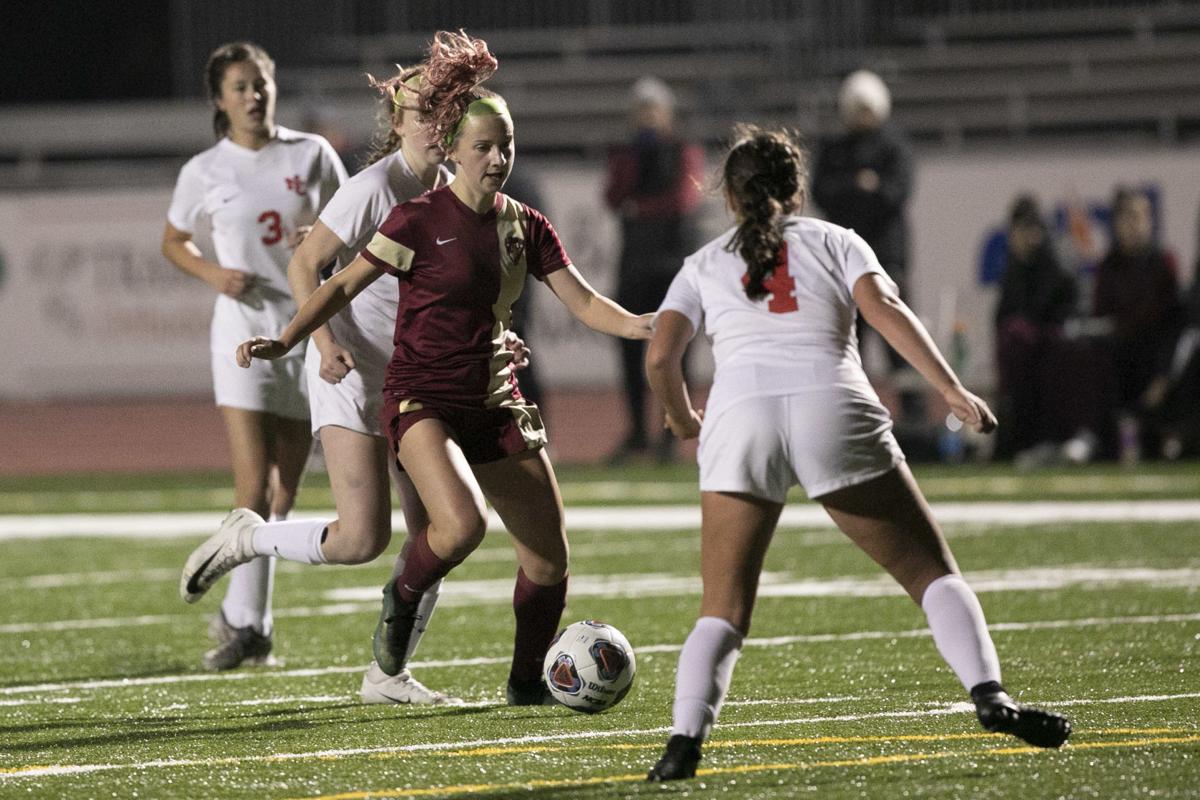 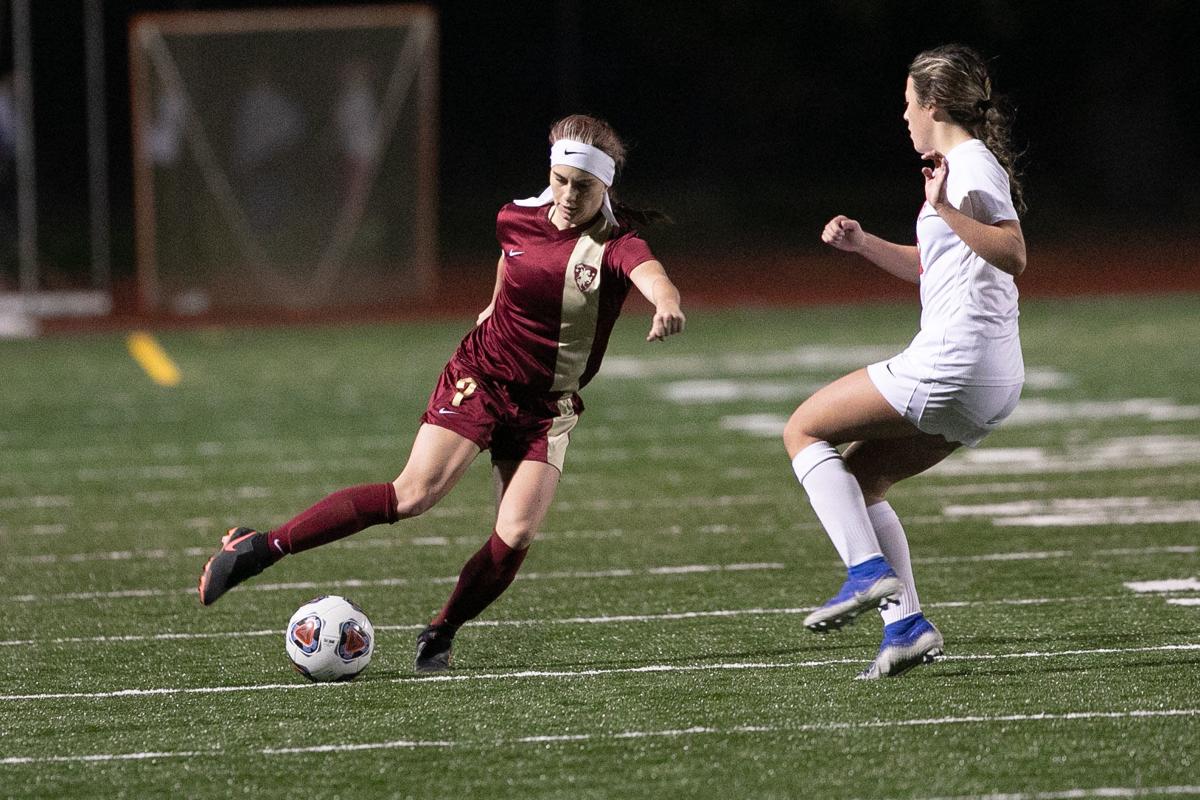 Crescent Valley's Sydney Berrey recovers a wide pass during the Raiders' win against North Eugene in the 5A state semifinals.

For the second straight season, the Crescent Valley girls soccer team is headed to the state title game.

To get there this time around, the Raiders had to fight their way past a gritty North Eugene team at home on Tuesday. Ultimately, CV prevailed 1-0 thanks to a first-half goal from Valerie Lending and a tenacious defensive effort that carried it past the Highlanders.

“That was a war,” Crescent Valley coach Blake Leamy said. “I mean (North Eugene coach Brandy Wormdahl) does such a good job with that team. They just compete. So we just knew we were really gonna have to battle tonight and we did.”

The Raiders captured the state title a year ago with an overtime win against Churchill. Now, a group of CV seniors that have reached the semifinals all four years of their high school careers will hope to finish with one last win in this Saturday’s final.

“We wanted to lighten the mood this week and make everything more relaxed,” CV senior goalkeeper Peyton Dale said. “We had a good time at practices this week, but we knew when we needed to work hard and get focused… I’m excited about it, I don’t want this to end.”

Lending, a junior, netted the lone goal of the game in the 33rd minute for the Raiders. A deflected shot landed at her feet inside a crowded penalty area, and she lobbed a floating shot over the scrum that found the back of the net.

“I was just so happy,” Lending said. “It was just adrenaline… The ball just ended up right at my feet and I was like, ‘Oh my god, I can shoot.’ Everybody kind of went crazy after that.”

Lending’s goal was one of the few genuine scoring chances that either team got all evening. North Eugene entered Tuesday with the stingiest defense in 5A, having allowed just eight goals all season. CV had allowed the second-fewest goals at nine, and the second half of Tuesday’s match turned into a physical, defensive showdown.

“We usually try to put the ball on the floor a little more and play a little bit, but (North Eugene) just didn’t give us any time,” Leamy said. “We just had to kind of grind it out. It’s really nice having a really good back line and an all-star goalkeeper who has been here for three years.”

That goalkeeper, Dale, didn’t have much work to do Tuesday as CV’s defense kept her well-protected. But the few times she was called on, she came up huge.

In the 66th minute, North Eugene’s Emily Johnson got a wide-open shot in front of the goal from 15 yards out and attempted to send Dale the wrong way. But Dale recovered and snared the well-struck effort out of the air.

Most of Dale’s other high-pressure moments came on North Eugene breakaways, but she came rushing out of the goal on each occasion to clear away the danger.

“I’ve always practiced that and we did some of that kind of stuff at last practice, which really helped,” Dale said of rushing out to make risky saves. “We knew that that’s how they played. So we were ready for it… I trust our defenders so much and it’s just really nice having them there.”

The Raiders took control of the game for good in the 66th minute when a North Eugene player was shown a red card for a late tackle on CV forward Anna McClave as she broke free toward the goal. That relegated the Highlanders to finishing out the match with 10 players, and they were rarely able to put pressure on the CV goal from that point.

The Raiders will face off with No. 3-ranked Wilsonville in Saturday’s final at Hillsboro Stadium at a time that is yet to be determined. CV topped the Wildcats 2-1 in early September, and Wilsonville defeated Churchill 6-1 Tuesday to reach the state final.

Crescent Valley celebrates their 1-0 win over North Eugene in the 5A playoffs semifinal. The Raiders will play for their second straight state title.

Crescent Valley's Sydney Berrey recovers a wide pass during the Raiders' win against North Eugene in the 5A state semifinals.