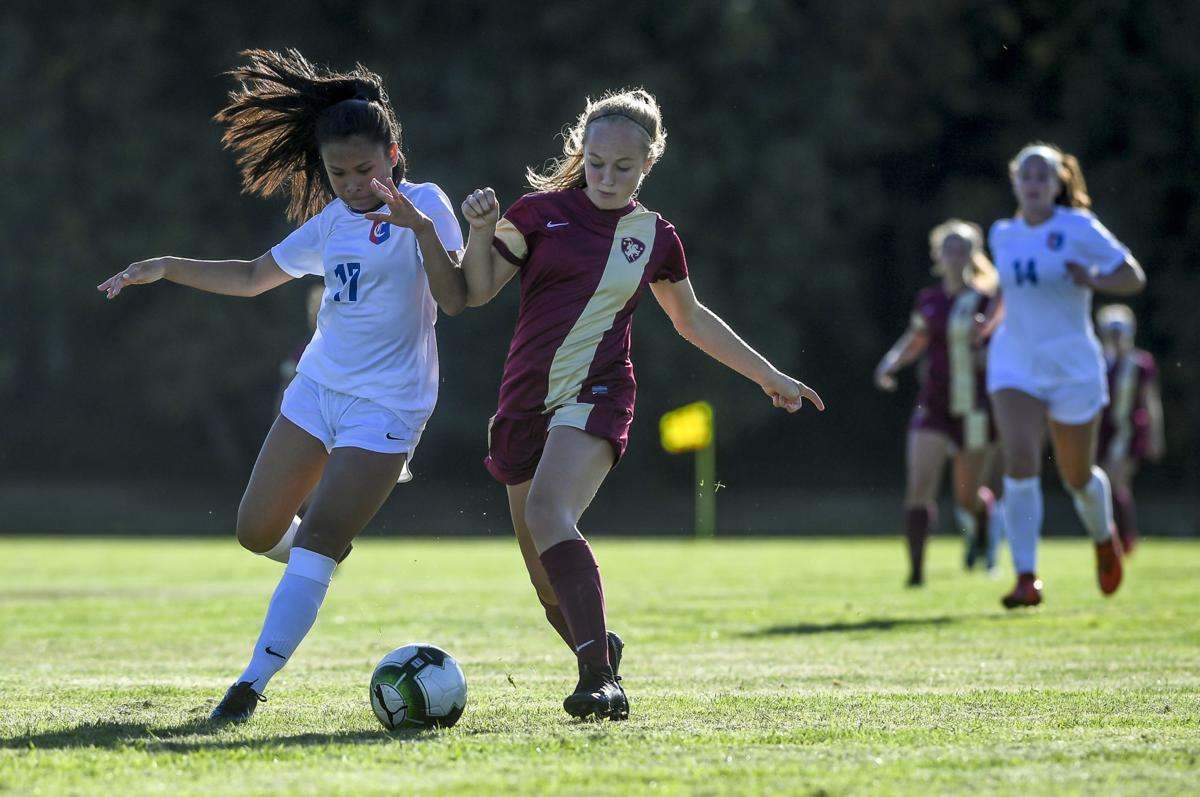 Crescent Valley's Abby Smith battles with Churchill's Orville May Raney in the second half. Smith scored one of the Raiders four goals in their 4-2 victory. 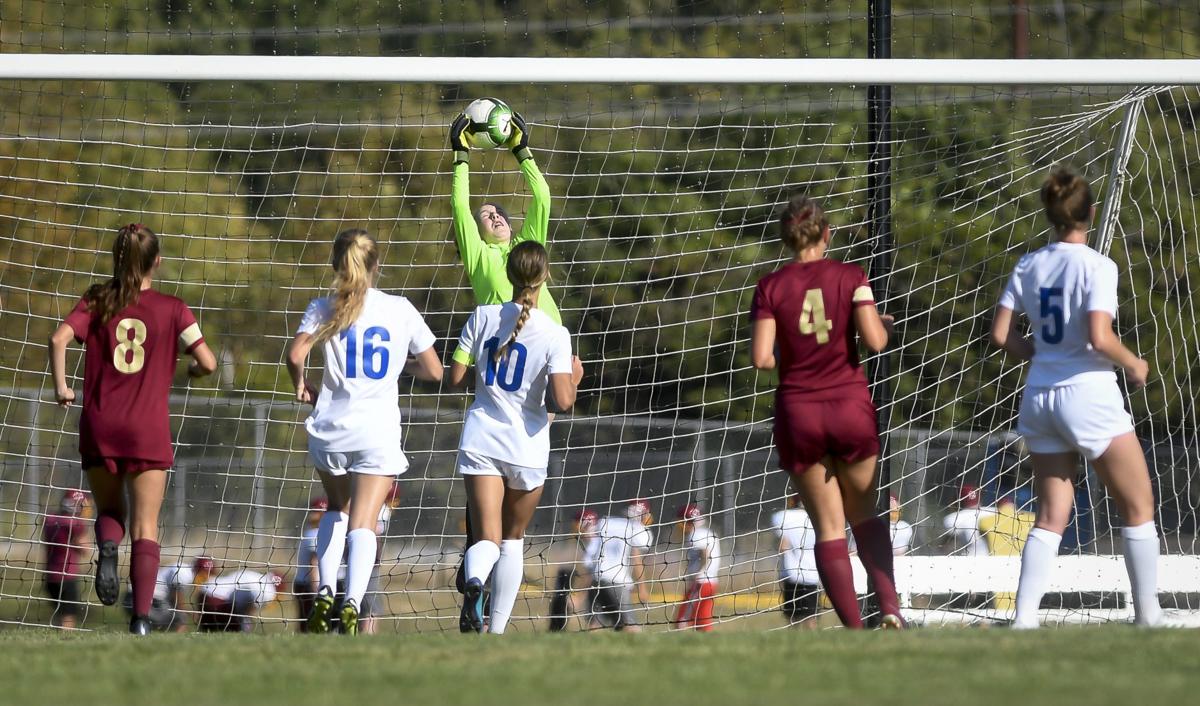 Crescent Valley goalie Anna Wilson had six saves after just one day of training at the position.

The Crescent Valley girls soccer team had a chance to make an early-season statement Wednesday evening in a rematch of last season’s state title game.

The Raiders did that and more in a convincing win over Churchill, and they hope the victory will be just the beginning of another title run.

The Raiders topped the Lancers, 4-2, in their home opener and came out firing on all cylinders in a match that had been circled on their calendars for months.

While OSAA has not released an official state ranking yet, it did release a preseason coaches poll in late August. At the top of the list in that poll was Crescent Valley, with the Lancers at the No. 2 spot.

Last November, the Raiders prevailed in a dramatic 3-2 win over the Lancers in the 5A state title game. With a ton of firepower returning for both squads this fall, the Raiders knew what to expect and tried to match the Lancers’ intensity early on.

“Our first 30 minutes were great,” Raiders junior defender Jada Foster said. “We really came out as a team and defended well. We just came at them.”

Crescent Valley grabbed an early 1-0 lead thanks to a follow-up shot from Valerie Lending in the 13th minute. Churchill keeper Gracie Bratland made an athletic double-save to keep Ana McClave’s initial effort out of goal, but the ball rebounded straight to Lending, who buried it into an empty net.

Just eight minutes later, Kaiya Leamy doubled the Crescent Valley lead when she slotted home a goal from just inside the box. Churchill’s Emmi Freeman took advantage of the Lancers’ best stretch of possession later in the half and got a goal back for the Lancers in the 28th minute on a tap-in.

But the Lancers dominated control of the ball in the second half, often picking up the ball at midfield and lobbing it over Churchill’s back line as their forwards sprinted in. The Raiders took 20 shots throughout the game, six of which came from McClave.

“Our attack looked pretty good and just got better as the game went on,” Fries said. “It kept growing and growing because after awhile we just started hammering shots in and they started to go in. It looked a lot better.”

The Raiders managed to hold one of the top attacking teams in the state in check for much of the evening, despite playing without their starting goalkeeper. Peyton Dale, who earned first team all-state honors last season, is recovering from an injury and will be sidelined for a few more weeks, according to Leamy.

So in her absence, they called on Anna Wilson, who started at the defensive midfield spot for the Raiders last season. Wilson had only one day of training in goal, but made six saves on Wednesday.

“We’re playing without our best No. 6 and we’re playing without, really, the best goalkeeper in the state,” Leamy said. “She’s been that way for the past two years. So that’s what’s really encouraging; it’s going to be so hard to score on us… It can just provide even more confidence, because you can make mistakes and she cleans them up.”

Crescent Valley will continue through a grueling non-league schedule over the next several weeks as the face top 10 teams Ridgeview, Wilsonville and Willamette.

“We’re trying to take it one day at a time and learn from all those games,” Leamy said. “But this was definitely something that has been a star on our calendar. (Churchill) are a good team. We’ve got a lot of respect for them.”

Crescent Valley's Abby Smith battles with Churchill's Orville May Raney in the second half. Smith scored one of the Raiders four goals in their 4-2 victory.

Crescent Valley goalie Anna Wilson had six saves after just one day of training at the position.