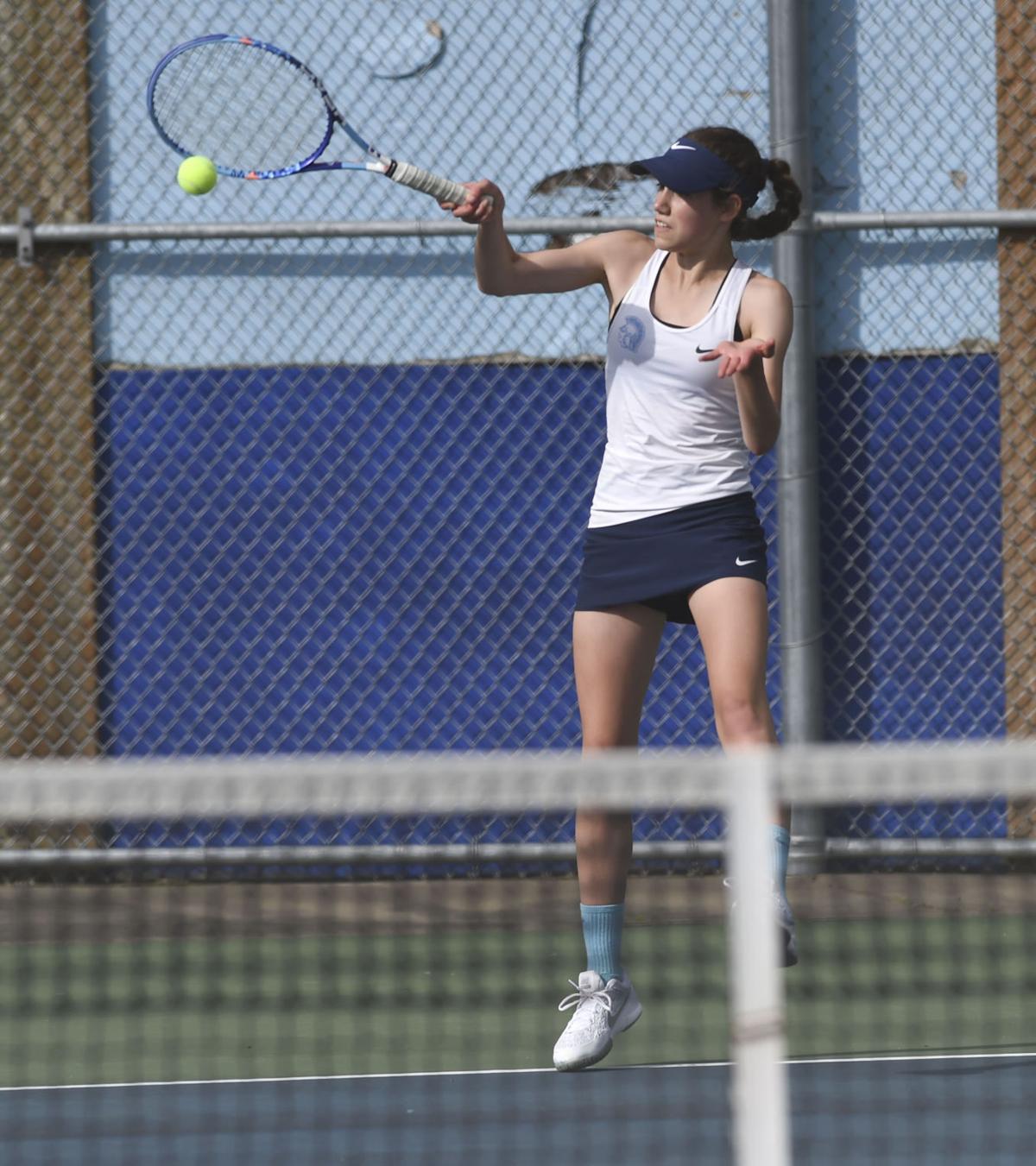 Corvallis No. 4 singles player Journey Lipscomb defeated Crescent Valley's Remy Noble, 4-6, 6-4, 6-4 in what turned out to be a crucial match in the Spartans' 5-3 win. 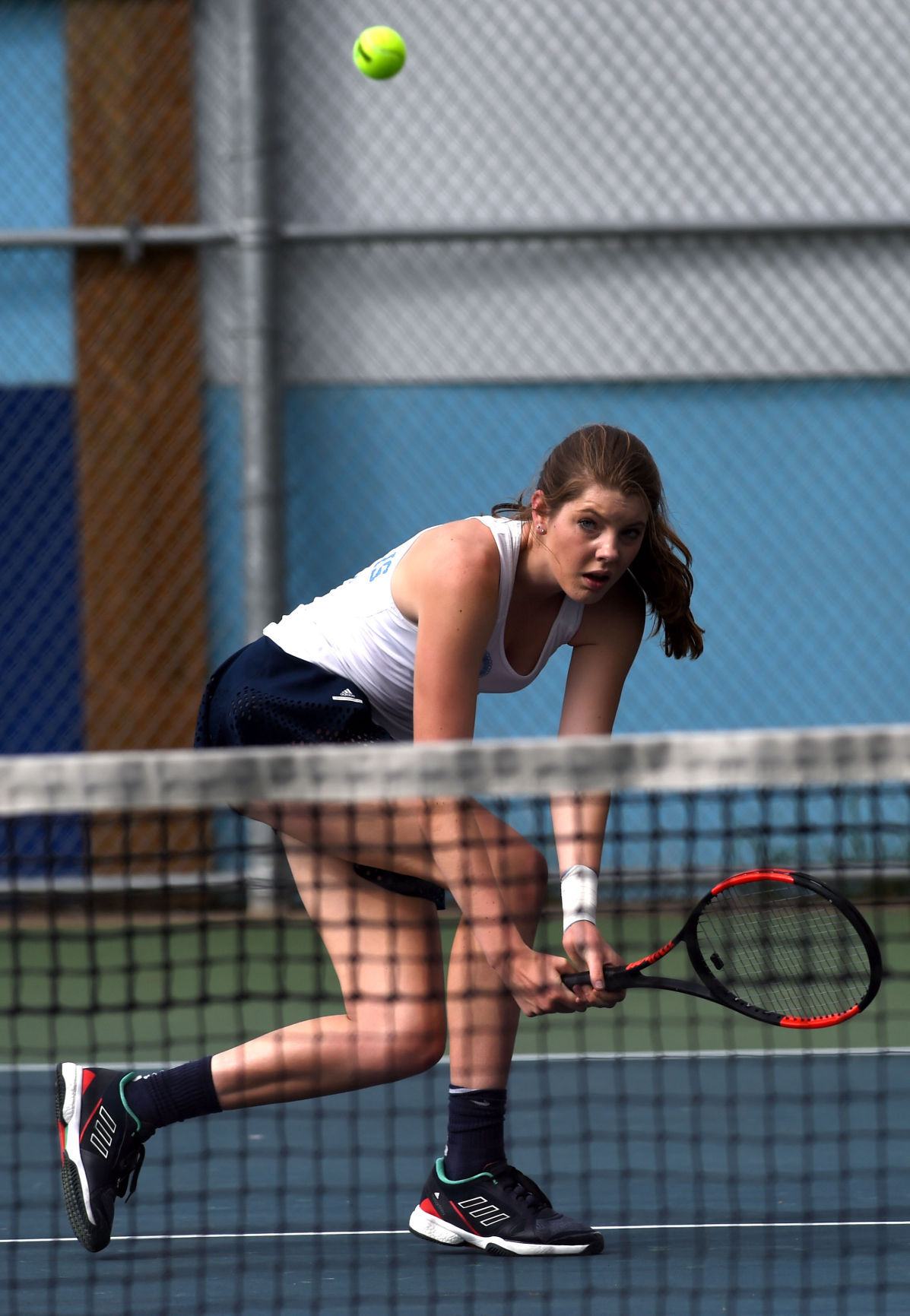 Corvallis High freshman Journey Lipscomb played No. 4 singles and rallied back from a set down to defeat Crescent Valley's Remy Noble 4-6, 6-4, 6-4.

The win gave the Spartans, the two-time defending state champions, the edge they needed to take a 5-3 win over the Raiders at the CHS tennis courts.

CHS coach Donna Keim intended to give Lipscomb a rest at fourth singles, the match lasted three hours and did just about the opposite.

“We knew she was so nervous because the first time they played it was really close,” Keim said. “I was giving her a break today putting her at fourth singles, thinking she could have a more relaxing match. It took Journey a full set to realize she just had to play her game.”

Parents and fans lined the court fencing as CHS battled CV for the second time this season. The Spartans took a 6-2 win at Crescent Valley in the first meeting.

CV coach Andrew Pritchard altered his lineup both to protect district seeding as well as to give CHS players a different opponent. The strategy nearly worked as the Spartans were caught off guard and dropped a couple of first sets.

“Tessa hadn’t played Sarah yet this year,” Keim said. "And she tends to be really tight at first. Then once she remembers that she’s over six feet tall and she has a wonderful wingspan, she uses it, goes to the net, and she’s fine.”

However, Anna had more trouble in the first set than her sister. Up 5-1 she lost three straight games to Van Steeter before putting the first set away on a close, but decisive game.

“Anna doesn’t really think about it,” Keim said. “She just goes out there and plays. If it gets close she ups her game. She played like her normal self and did very well today.”

Defending state finalists Catrina Liner and Courtney Romrell fell victim to the lineup change as well and were rattled early on. They lost their first set 2-6.

“We were beating ourselves mentally,” Romrell said. “They’re a tough team and have a good strategy, way different than the team we were expecting to play. They hit a lot of lobs, it’s a different pace. They’re more about placement. But in the second set we were pumping each other up and rallying and being more patient with our shots.”

Liner and Romrell oriented themselves and waited for the right times to be aggressive. Once they found a rhythm they were able to outmatch their CV opponents. They won the second set 6-3, and the third 6-0.

“Eliza is the gung-ho poach person,” Keim said. “She’ll play up at the net and Natalie picks up whatever is left. So they’re a nice combination. It was huge that they came back down a set today.”

At the beginning of the second set tiebreak a coach from each team was brought in to judge lines as the players were having trouble agreeing on calls. CHS won the tiebreak 7-5.

Had CHS dropped any of their five triumphs, CV would have won the day on games.

Both sides will compete next at the Mid-Willamette district meet which will take place May 10-12 at Timberhill Tennis Club in Corvallis.

Corvallis No. 4 singles player Journey Lipscomb defeated Crescent Valley's Remy Noble, 4-6, 6-4, 6-4 in what turned out to be a crucial match in the Spartans' 5-3 win.